There was a time where everybody was playing Minecraft. It entered the gaming world as a new, exciting experience that very few other games could offer.

Over time, though, any game concept can get boring if you play it enough. For many people, Minecraft is now off of their radar because they have already squeezed as much fun out of it as possible.

If you're one of the people that haven't touched Minecraft in years, you might want to give it another try. Minecraft is still getting regular updates and there is now more content to explore than ever.

In this list, we take a look at 7 new Minecraft features you've probably missed out on.

Woodland Mansions only spawn in roofed forest biomes and they feature a number of different mobs inside. Some mobs players will have seen before, such as skeletons and zombies. Other mobs will be new to players that have not seen a Woodland Mansion. This includes the Vindicator and Evoker Illager mobs (more on those later.)

Exploring Woodland Mansions can be a great way to collect up loot - you can find dozens of chest scattered throughout a mansion. In these chests, you'll find building supplies, diamond blocks, obsidian, TNT, gunpowder, golden apples, diamond armor and tools, enchanted books, chainmail, music discs, and much more. 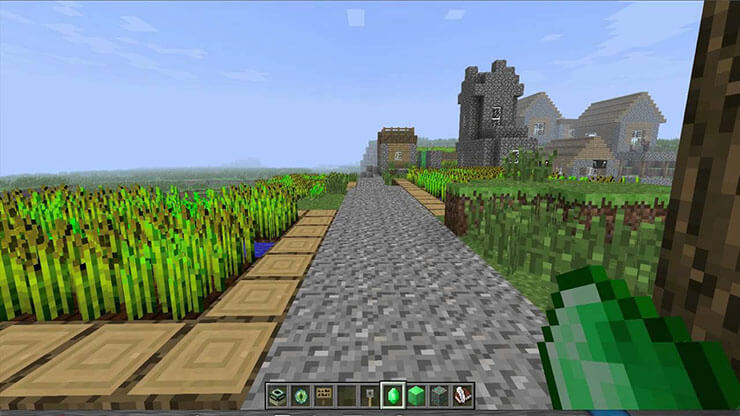 The Ocean Monument is another randomly generated structure that has been added to Minecraft. Ocean Monuments are very rare and only spawn underwater. 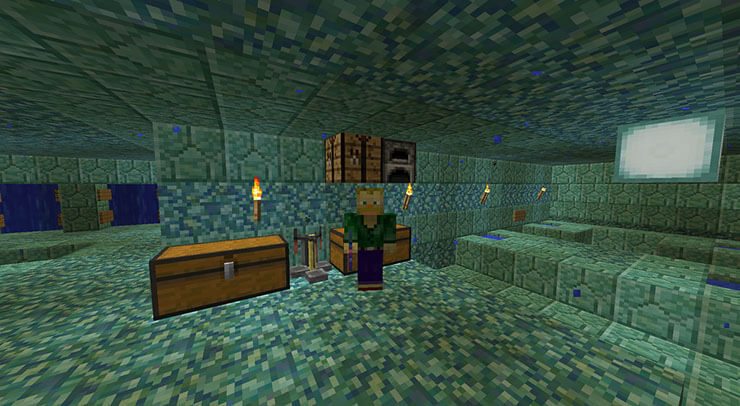 There are also a number of hostile mobs in the Ocean Monument. These mobs are called Guardians and they look a bit like puffer fish. Guardians will fire laser and thorns at players and can be quite challenging to defeat.

If you can take down the Guardians, exploring an Ocean Monument is more than worth it. Players can find rare building materials such as prismarine, which is very resistant to blasts from creepers and TNT.

Players can also fight the Elder Guardian in the Ocean Monument, a tougher boss mob that drops better loot.

A new type of villager has been added called the cartographer. These villagers can be found in villages with libraries in. You can trade your items to a cartographer for a map that reveals the location of an Ocean Monument or a Woodland Mansion.

With the cartographer in the game, you no longer have to rely on luck for finding rare structures in Minecraft. Some maps can also be used to find rare buried treasure. 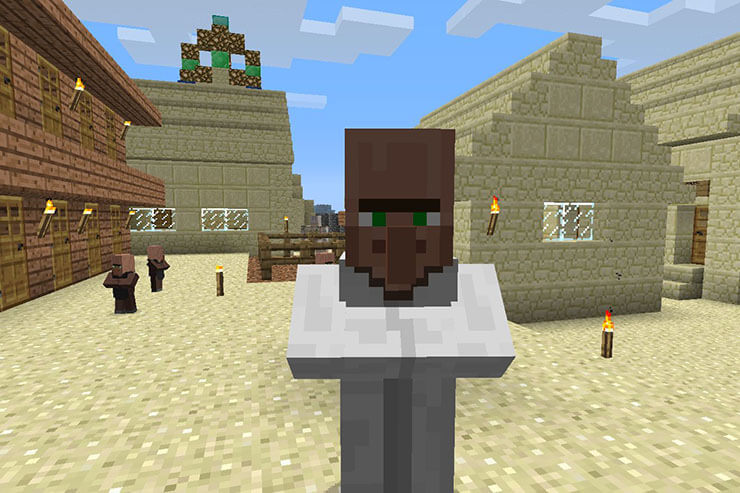 To use the map, all you need to do is equip it and then look down at it whilst it is in your hands. You'll see your location on the map and the location of the marked structure or buried treasure.

The Explorer Map is only a small feature, but it is a great quality of life improvement for Minecraft.

It's not a typo - new mobs called Illagers have been added to the game. Illagers are twisted versions of villagers and can be very dangerous for players.

There are currently three types of Illagers - Vindicators, Evokers, and Illusioners.

Evokers and Vindicators both spawn in Woodland Mansions. Vindicators wield axes and will sprint at players if they get to close. 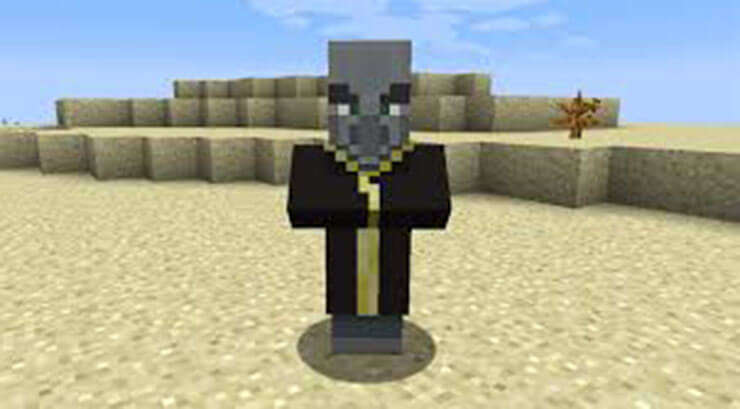 Evokers are evil villagers that can cast a few spells. One spell will deal damage to the player, another spell will summon a hostile flying ghost mob called a vex, and strangely Evokers will also change the color of sheep within a 15 block radius.

Killing Evokers and Vindicators can be a great way to get emeralds, which are useful for trading with villagers. Evokers also drop a totem of undying, which can bring players back to life if they die.

Illusioners can be spawned with the Minecraft command console, but they are not yet officially in the game.

In 2016, a huge combat update was released for Minecraft that completely changed the Minecraft combat system. If you haven't played Minecraft since 2016, you probably remember the game for its clunky combat system. 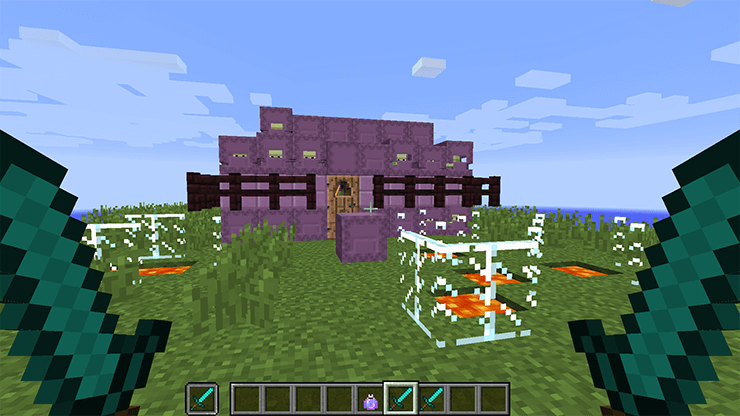 Since 2016, things have improved considerably. Players can now dual wield weapons and tools. This allows players to have a sword ready whilst mining, or wield a sword and a torch to have light whilst attacking mobs in a dark area.

Players can also dual wield weapons to do damage faster, or use shields as a secondary weapon to block damage from hostile mobs. Many new arrow types were added as part of the Minecraft combat update, all of which have different effects for the mobs and players that the arrow hits.

The Elytra Glider is an item that was added in 2016 that completely changes the way Minecraft can be played.

An Elytra allows a player to glide or fly through the sky. The Elytra does have limited uses, so you won't be able to fly with it forever, but it can be useful for when you accidentally fall off of somewhere high, or want to cross a large cavernous area quickly. 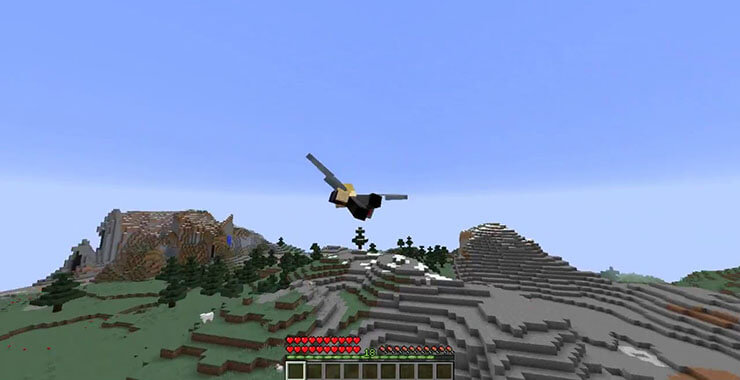 The End City is also a new feature that spawns in the End, the same place that the Ender Dragon spawns in. End Cities are where you can find the Elytra, amongst other things.

What are your thoughts on these new Minecraft features? If you haven't played in a while, would you consider booting up Minecraft again for old time's sake?