10 Funniest Twitch Streamers To Watch In 2018

Why is Twitch So Popular?

Twitch has gained a lot of popularity over the years, and with it rose the popularity of some of the best and most unique streamers.

You might probably be wondering why so many people watch Twitch streams when they can play the games themselves. By that logic it doesn't make sense for people to watch football and basketball too, when they can actually play it themselves, but they do. Twitch live game streams are kind of the same thing, if you ask me, and they can be as fun as actually playing the game yourself. You can enjoy both activities equally, and if you're looking for the best or funniest Twitch streamers to watch then you've come to the right place.

What Makes These Twitch Streamers Funny and Popular

Twitch is more than just a live streaming platform; it's a community of passionate gamers that unite and interact with each other. Twitch's popularity is yet to grow and so is that of these streamers. What makes these streamers so popular is the fact that they bring something unique to the table. They are entertaining and funny, and find ways to engage their audience. They are not necessarily all great players, but they find ways to compensate for that by engaging with their audience and stealing a few laughs in the process.

What keeps TigerWriter earning a lot of new followers is his unique personality. He's full of energy and is always doing something crazy, like dancing along a very loud song that's playing in the background or flashing memes and crazy videos on his screen.

You can never know what you can expect to find him doing when you tune in, that's what makes his channel interesting and fun to watch.

GreekGodX has a very quirky sense of humor, and a funny personality. He always makes people laugh, especially in his chat. He has really funny and crazy interactions with his followers, and that's why they all try to engage with him and poke fun at him all the time.

No matter if he's playing with his friend or alone, there's always something funny happening on his channel.

Hutch has been actively streaming for almost a decade now, and is a well know figure in the gaming community. He's known for his infamous "quick scope" technique that he used to take down targets at close range. He streams Fortnite as well, and he's not only known for his gameplay, but for his witty comments and ridiculously good gaming skills.

Kate Stark's Fortnite streams blew up, partly because of her skills and her knack for headshots, and partly because of her attitude and personality. She loves to mess around and have fun doing things that wouldn't occur to any other player. She's one of the best PUBG streamers, but also focuses her time on Fortnite, Far Cry 5 and a few more games.

Tyler1 is among the most popular and crazy LoL streamers that's been banned tons of time from LoL, because of his aggressive behavior. It's hilarious watching him react and get frustrated each time he dies, and although most people know him from his slow fuse and his tendency to over-react, his stream is worthy of watching, because you can learn a thing or two from his game play.

No matter which game he's playing, you'll always have fun watching him. He has a great sense of humor and you're guaranteed to have a laugh or two watching his streams.

He's not only funny but a good player as well. He used to be a professional CS:GO payer back in the day, but his sole focus right now is on streaming.

Rudeism has a very upbeat personality and loves interacting with his followers. He's most known for the silly controllers he makes and uses in his games. He creates the silliest designs possible and has played with the most bizarre controllers so far. He not only creates bizarre designs, but he's also so good at playing with them that you can forget he's using an airzooka or a banana instead of his regular controllers. 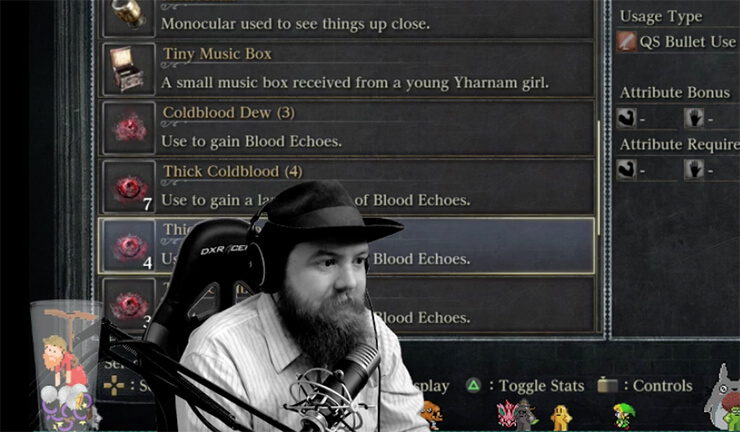 The most unique streamer so far is Bennyfits. He found the perfect way to separate himself from the rest of the streamers by taking his streams to the next level and using a puppet in his daily live videos.

You won't see a human streaming his gameplay, only a puppet that rules at Overwatch, and many other games, and loves giving headshots.

This guy's Twitch streams are absolutely hilarious. He knows how to amuse his viewers by doing voices, creating crazy characters and making everyone laugh out loud. He always comes up with new ways to entertain and he's never out of ideas.

What makes this last streamer funny is most of all his temper. He's got a very short fuse, and gets frustrated easily. Despite his aggression when playing CS:GO, it's always interesting to find out how things will turn out, and what's the next crazy thing he'll do.