Best Guns In PUBG Compared (Xbox One, PC, And Mobile)

Ever wanted to know which guns are the best in PUBG? In this guide, we take a look at which weapons stand out on Xbox One, PC, and mobile.

Whilst the weapons are balanced differently for each platform, this guide should help you to find which weapon is best within each class no matter what platform you are on. This guide will also list some tips for finding the best weapon class depending on which platform you are playing on.

To begin with, we'll explain each of the weapon classes in PUBG and after that, we will take a look at the best weapon within each class. 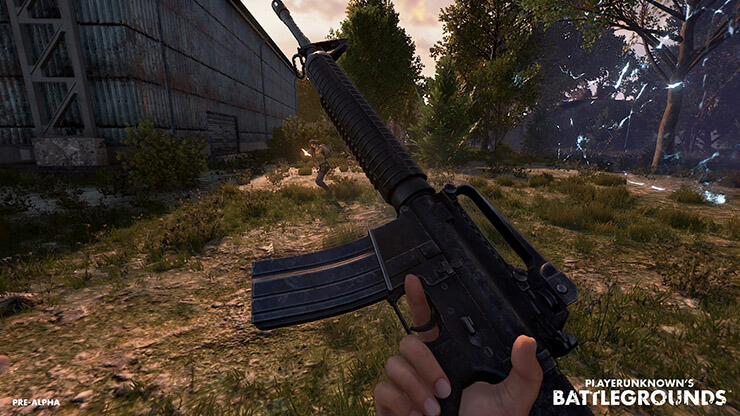 Sniper rifles are the second best weapons in PUBG because they can deal significant damage in a single hit. They are more useful on PC because it's easier to aim with a mouse than it is a controller or a touch screen. This means it's usually far easier to get one shot headshots.

DMRs are great because they are very powerful, but they have recoil that's very hard to control. DMRS are slightly better on console and mobile because the recoil isn't such an issue, and their fast damage per second essentially makes them slightly more forgiving, but less powerful snipers.

SMGs are good in close quarter scenarios, but they only just come out on top of assault rifles because they are easy to spray, especially in third person. SMGs fall behind on PC, but they do well on console and mobile where recoil is harder to control.

Unfortunately, shotguns do not do enough damage for them to be viable at this point. Their damage per second is too low and their reach is too small for them to be better than any other weapon class.

Because of their low damage, pistols are basically throwaway weapons. You should only use a pistol when you can't get your hands on another weapon.

The best PUBG assault rifle on the Xbox, mobile, and PC is the M416. This weapon is the most stable once it has all of the attachment slots filled up. It also has a high fire rate, but it's still very accurate at long range. 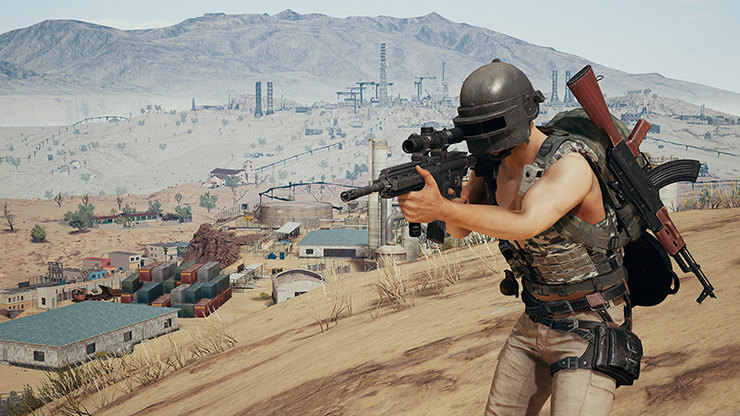 The AUG and Groza are technically the best assault rifles, but they only spawn in airdrops, so they're hard to get hold of. If you can get your hands on either of the airdrop assault rifles, definitely drop what you've got to equip them.

Both the Aug and Groza are essentially high fire rate ARs with relatively zero recoil. They are very powerful due to their ability to be sprayed at close to medium distances.

The best SMG in PUBG will depend on how you plan to use the weapon. If you plan to stay in buildings and close quarter areas, the vector is the best weapon because it has the highest damage per second. 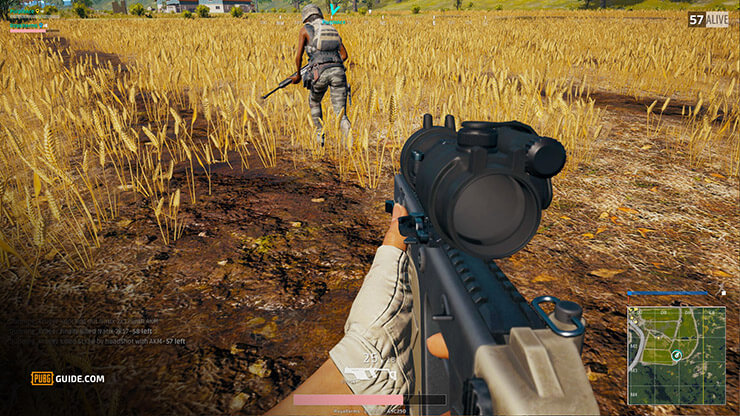 If you'd like an SMG that's good for close to medium distances, the UMP is the best SMG. This weapon can do well at close range on full auto, but it's also surprisingly accurate up to 150 meters.

The best sniper in PUBG is the AWM - this is because it does the most damage per shot. Unfortunately, finding the AWM is difficult - it only spawns in airdrop crates. 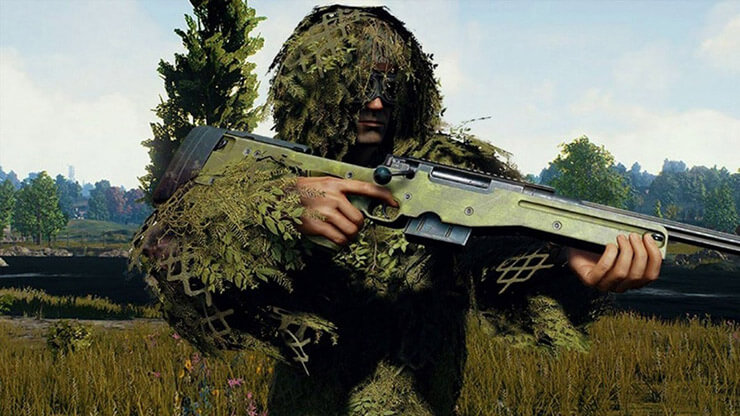 Some people will argue that the second most powerful sniper, the M24, is better than the AWM. The M24 takes 7.62 ammo, which means it's very easy to get lots of ammo for it. The AWM takes .308 which only drops from airdrops, so once you run out of ammo with the AWM, it's mostly useless.

The Kar98K is the most common sniper and it's the only one found in normal loot spawns. The Kar98K cannot one shot headshot level 3 helmets, which means it's considerably weaker than the other two snipers.

If you can control the recoil, the best DMR in PUBG is the MK14 - this does very high damage, and if fired fast enough, can actually do the most damage per second in the game. 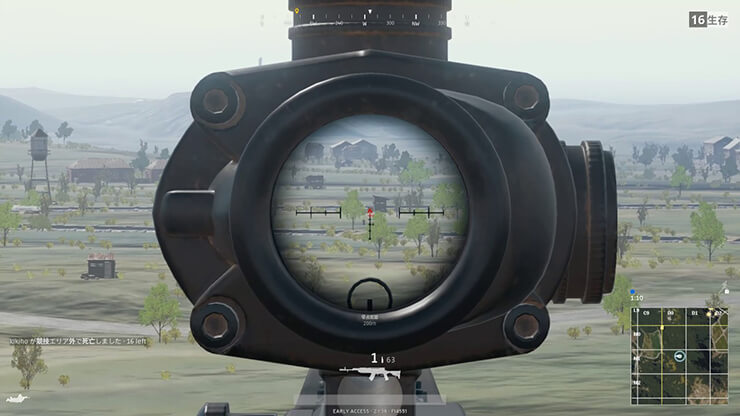 The MK14 only spawns in air drops so it's relatively hard to find. The MK14 also has very high recoil so many players will avoid it. A midpoint for the DMRs is the SKS - this weapon slightly lower damage, and its recoil is slightly less than the MK14.

We then have the Mini 14 and the VSS at the low end - both of these weapons are considered some of the worst weapons in PUBG because their damage is so low.

For damage, the R1895 is the best pistol - it's hard to hit with the R1895 and the reload time is horrible. As a result, many people considered the P92 to be the best - it takes the most amount of ammo and can be spam fired with relatively little recoil. 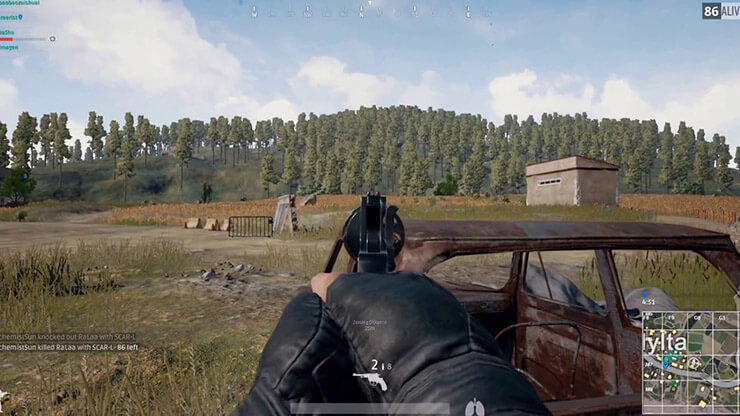 With that being said, pistols are still very weak in comparison to other weapons and should mostly be avoided.

The best shotgun in PUBG is the S12K - it's the only weapon in the shotgun class that has enough fire rate to outperform other weapons in close quarters. It also has a quick magazine based reload system. 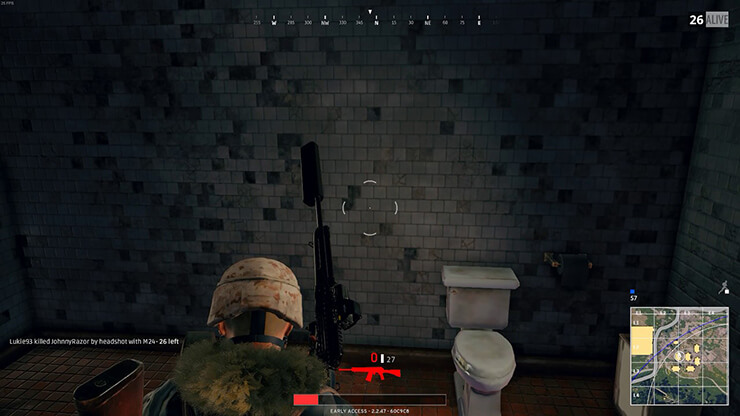 Anywhere past 10 meters the S12K becomes mostly useless, however.