Twitch.tv is a live streaming video platform which is owned by Amazon. The platform was introduced back in 2011 with a primary focus on video game streaming, especially live streaming. You can view the videos live and through video on demand.

Twitch really blew up in 2013, with 45 million unique viewers, and by 2015, the platform had over 100 million unique monthly viewers and over 1.5 million live broadcasters.

Twitch still has the lead as the most popular game streaming platform, surpassing YouTube Gaming, with over 2 million broadcasters and 15 million active users daily.

How to Get Started on Twitch

Who would want to watch people play games and talk about random things, you ask. Well, as it turns out, millions of people do. The biggest thing in video games right now is just that, live video game streams on Twitch and YouTube.

They can make enough money for a comfortable living if not more, just by playing video games, being themselves, and connecting with their viewers.

Here's what you'll need if you want to become a streamer:

If you're streaming from your Xbox One or PS4 you don't need to have any extra streaming software, you can do it directly through your console.

If you have a Nintendo Switch or some other console, you'll need to use a capture card to record your gameplay.

Here's the list of the most popular and talked about streamers right now. The list is based on number of views, subscribers and fans' rankings. This is not particularly a list of the best or most paid streamers, but of popular streamers that are unique, funny or just awesome players. Nonetheless, they're all worthy of following, especially if you're into the games they're playing.

We'll start off with a very famous Fortnite streamer who as of this year became the most popular streamer on Twitch, with over 5.8 million followers. Last month he was joined by rapper Drake, and broke the Twitch record for most viewed stream by a single streamer, which was over 620,600 viewers at one point.

Richard Tyler Blevins, commonly known as Ninja is a popular Twitch streamer, YouTuber and Pro Gamer, whose road to fame was long and steady up until now, when he became the most talked about Fortnite streamer in the world. 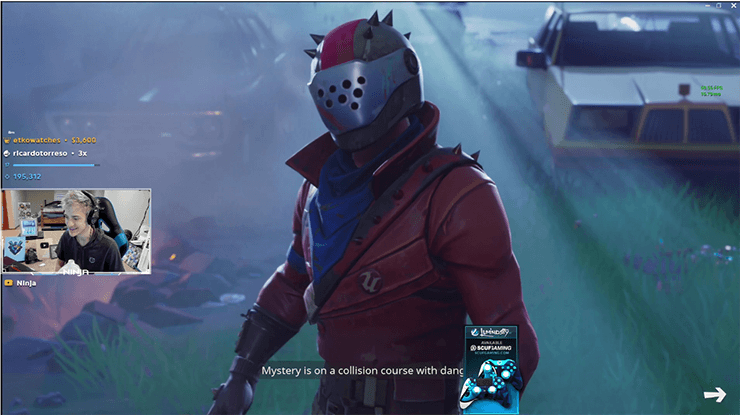 Mike Grzesiek, also known as Shroud recently became a full-time streamer. He's 23 years old, and mostly streams CS:GO since he's been playing the Counter-Strike franchise for more than 10 years. He played 1.6, and a couple seasons of Source competitively, before Global Offensive was released.

He has a huge fan base and more than 3 million followers on Twitch.

What makes DrDisRespect so popular are not only his gaming skills, but his ruthless attitude towards each and every match.

Dr DisRespect is an award winning international champion and is very well known in the online gaming community. He used to hold the record for the most viewed stream by a single streamer, right up until next month, before Ninja's stream with Drake broke the record.

You can find professional esports and championship gameplay streams from eleague tv on Twitch and YouTube. Some of the games included are CS:GO, Injustice 2, Street Fighter V, and Rocket League.

Sodapoppin is a 24-year-old streamer that's been streaming for 8 years now. He came to Twitch 6 years ago and started streaming constantly. 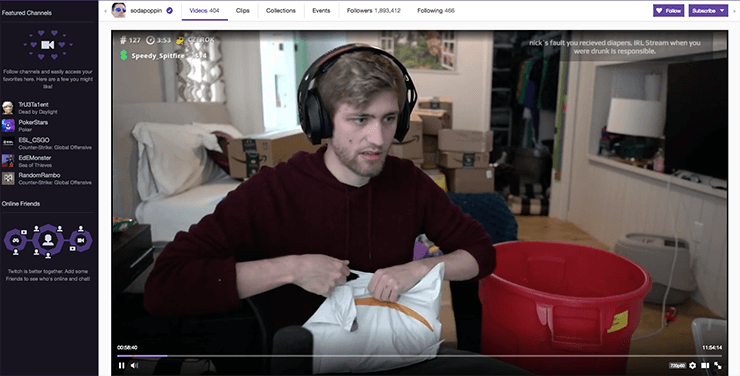 He focuses on variety of games, and jumps to a new game all the time, while playing his favorites in the meantime. He was a hardcore WoW player, and that's what he streamed in the beginning, so you'll still get to see some WoW streams as well.

TimTheTatman sees his channel as the most bizarre community on Twitch. He just started streaming about a year ago or so and originally saw streaming as a hobby. All of that's changed now though, as he's working as a full-time streamer and living his dream.

He's always loved video games and he just wants to share some laughs, scares, and all in all great experiences with the community.

Imane, or more commonly known as Poki/Pokimane loves playing League of Legends and having the chance to connect to other LoL fans through Twitch.

Her streams are not just about her gameplay. They are fun to watch and offer you a chance to connect with others and have a great time in the process. Her viewers love her for it and that's why she has such a huge following. 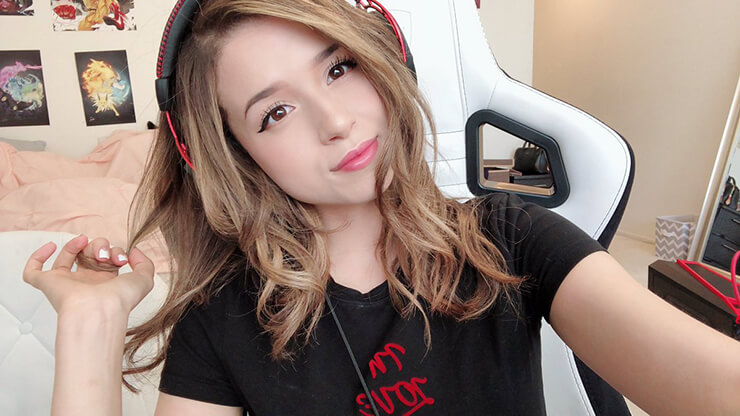 If you want to get to know more of the most popular streamers on Twitch, you should check out these channels:

How Did These Streamers Build Their Audience?

How are these streamers so popular, and what can I do to become one of them?

Even though it might seem like an impossible mission to you right now, there's nothing standing in your way of becoming as popular as the biggest Twitch streamers right now. Just as long as you are consistent, hard-working and show your unique self in your streams (not a copy of what's popular right now), you'll be one step closer to achieving your dream of becoming a professional streamer. You'll never know if what's popular right now, won't change in a day, that's why your best bet is to be yourself, engage and talk to your viewers and let them know you appreciate each and every one of them.

Here are a few things that you can learn from the most popular Twitch streamers out there:

One way to stand out among those 2 million Twitch streamers is to find the niche that you're good in, not necessarily the niche that's the most popular right now, because not only will you have more competition there, it will also be harder to stand out and be seen.

You should pick a niche or a game you love, so that your job becomes something you love doing, not something you have to do in order to make a living.

The most important part of becoming successful is to be consistent.

They also need to know when you're planning on being live on Twitch so they can follow your streams. You need to be considerate of your followers and subscribers, and always let them know of any changes in your schedule. You can do that on your Twitch page, Twitter, Facebook, or any other social network you use.

No one wants to watch a faded copy of the most popular streamers right now, or see the same tactics they're using.

You need to find something that you can do the best, and believe it or not, it doesn't have to be your gameplay. You can be a medium to good player, not a great one, and still attract audiences with your charm, funny reactions or witty comments.

You can never know what might attract audiences to you, that's why you need to step outside the box, but also try to incorporate your personality in each and every one of your streams.

Always remember that people want to see unique and interesting streams, not some bad attempt to copy a famous streamer's jokes and moves.

Sure, you can be yourself, you can post regularly and consistently, and respect and care about your audience, but if you want to take your channel to the next level, and grab the attention of brand new audiences, which might not have found out about you on their own, then you need to make sure you're more present on Twitch.

One way to do that is to make some friends on Twitch. If you already have friends that stream on Twitch then you're one step ahead, if not, you can reach out to other streamers out there and ask them if they want to basically hang out and play a few rounds with you. This will instantly make your channel more visible, a lot more people will get to know you for the interesting person that you are, and you'll start getting more followers right away.

5. Have a Friendly Relationship with Your Followers

Make your followers feel like they're right there beside you, sitting on the couch, playing video games. Show that you care about them, by thanking them for their donations, replying to some of their comments, and regularly engaging with them.

Make them feel like you're their equal, not someone that's above them. You want them on your side, and you want them to like and respect you, not just like your gameplay.

6. Be Patient and Don't Forget to Have Fun

Even if you have 2 or 20 viewers at first, that should in no way discourage you. You should see it as a positive thing, since you'll know that there are people out there who want to follow you and basically hang out with you and watch your streams.

You need to be very patient, because becoming a popular streamer doesn't happen overnight. You need to put in a lot of hard work, and be patient throughout the whole process. You can never know how much it will take for you to become popular and start growing your audience, but you should never give up, just because it's taking longer than you expected.