Like past gladiator games, Warriors: Rise to Glory uses a challenging turn-based combat system, with some RPG game elements mixed in too. However, there are tons of deliberately quirky aspects which really set this game apart. I quickly found myself seeking glory, as the most illustrious gladiator ever to step foot onto the sands of the colosseum!

Here's a look at what makes the game stand out, and some insight into what the developers Gavra Games have planned for the near future.

What Is Warriors: Rise to Glory?

It's hard to put a comparison on Warriors: Rise to Glory! There's few games out there which could be directly compared with it. I'm not saying that the game mechanics are exceptionally unique - there's a lot here that has been inspired by other titles, but the way it is presented to the player is certainly unique.

It all starts with you creating your own character. Right off of the bat, the developer's quirks come to light. It's clear from the graphics style and overall narrative that Warriors: Rise to Glory is designed with fun in mind - there are constant gags and jokes.

The gameplay itself does well to paint a picture of a game that, despite being so simple on the surface, has some depth to it when it comes to overall strategy.

In Rise To Glory, you are launched into the coliseum and must defeat another opponent, or die trying. You take turns to either move or use one of your attacks. Each turn takes a certain amount of stamina, and when your stamina runs dry, you must rest for a turn to gain it back.

If you win, you'll be rewarded with gold that can be spent on upgraded armor and weapons. You'll also earn experience points, that'll go towards leveling up your character's stats and passive skill tree. This is where the first element of strategy comes into play.

An Entertaining Strategy/RPG Hybrid, Which Doesn't Take Itself Too Seriously

In Warriors: Rise To Glory, you can spend your skill points on a number of traits that can impact how you can play each fight.

For example, some skills can impact how much damage you do, or how likely you are to hit, whilst vitality changes how much health you have and how much you heal when taking the turn to rest instead of attacking. Agility, on the other hand, improves your chance to dodge attacks. 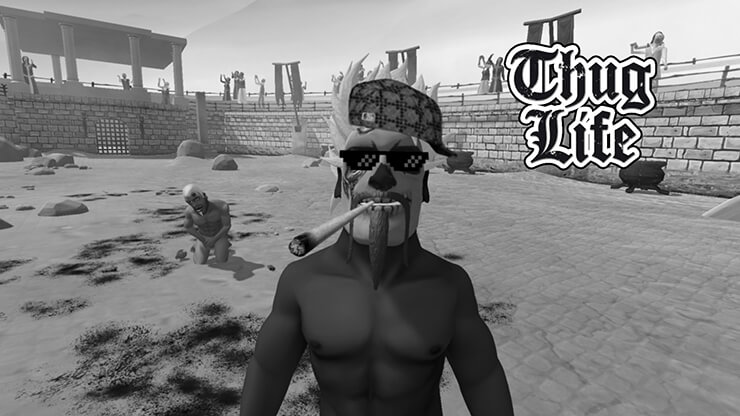 Warriors: Rise to Glory shares an attack system that could somewhat be compared to XCOM - you have a set number of attacks that will do different ranges of damage and a percentage chance that they will hit. Heavier hitting attacks cost more stamina and have less chance of hitting.

You end up having this trifecta of playstyles - those that use high mobility and agility to dodge attacks and attack players at range, those that opt for lots of health to tank hits for longer during battle, and those who work on their attack to increase their chances to hit players each turn.

Strategy also extends out towards building a passive skill tree - As you play over time, you'll be able to unlock new passive skills that will help you out in the arena.

Hopefully, I've explained the basis of Warriors: Rise to Glory well enough so far. As you level up your character, new content will become available. Survival mode, for example, feels similar to Hearthstone's Arena mode - you pay an entry fee and you can keep going up against opponents until you die.

You will be rewarded based on how many opponents you get through without dying. The Tavern, on the other hand, features a mini game that lets you gamble your money for a chance to earn a bit of extra income, and the hotseat mode lets you take turns with a friend on the same computer.

This is where Warriors: Rise to Glory will eventually live or die - the singleplayer content is great fun, but for the game to evolve and the strategy elements to be able to properly shine, we need online multiplayer. 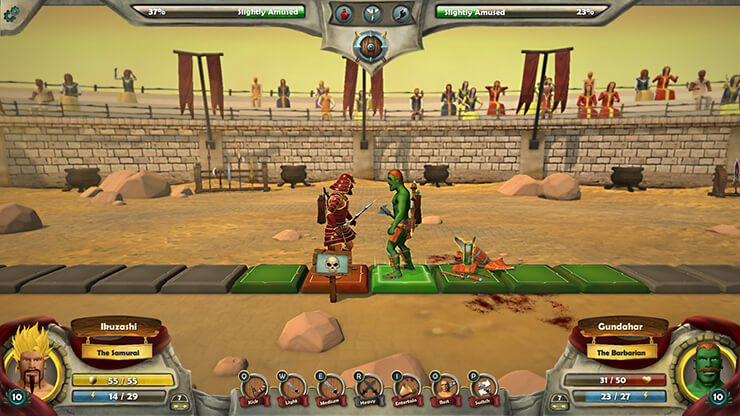 The game would do well with a multiplayer ranking system, or at least some kind of matchmaking. Currently, there isn't such functionality in Warriors: Rise to Glory, but it is on the developer's to-do list.

In fact, there's a lot in the works for Warriors: Rise to Glory - difficulty options are coming, as well as a boss feature and potentially more mini games. Some kind of loot quest system has been considered, which could allow players to grind for high level and rare gear.

We could also see the implementation of active skills that'll mix up gameplay a little - currently we only have a small selection of attack types that only deal damage and don't add status effects or anything of the sort.

Out of all of these features, the multiplayer is what needs the most attention. With online multiplayer support, Warriors: Rise to Glory, which looks short and simple on the surface, could become a game that harbors a competitive atmosphere thousands of players will fall in love with.

Is Warriors: Rise to Glory Worth Buying?

With a $10 price tag, I certainly think so. There's enough solo content to keep you entertained for 3-4 hours. There's plenty of progression to be made during the solo content and a challenging difficulty curve that always does well to keep things interesting.

I think it's very easy to become invested in gladiatorial combat and upgrades during the initial first few hours of play time. After that, it will come down to waiting for the online mode to keep things more interesting. Considering how much the developer has achieved already, we certainly think it's worth the investment. 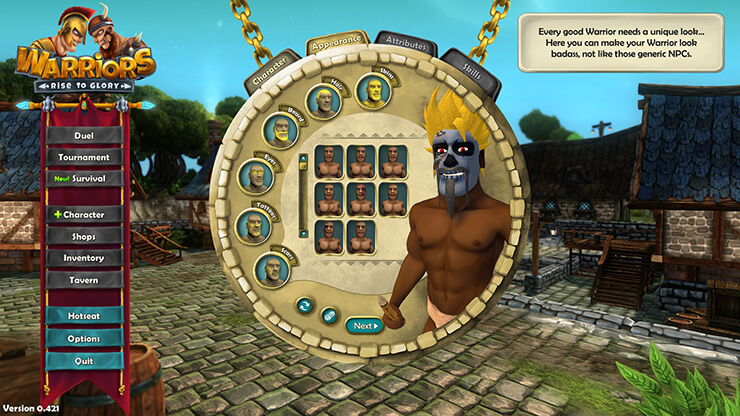 It's important to note that Warriors: Rise to Glory is still in early access, so you are essentially buying into a product which is very much work in progress. However, the developers have so far been highly communicative with the player community and we think that's a great sign for the future.

The core game is certainly there, performance is great, and there are very few bugs, but you'll need the patience to wait for some exciting planned quality of life changes and new content.