When Will Fortnite Save The World Be Free?

Fortnite is a sandbox survival game published by Epic Games. It was first released in 2017 and offered a pay-to-play early access. There are 2 available modes of the game: Fortnite Battle Royale and Save the World. We'll talk about the latter in a bit, now let's have a closer look at Fortnite Battle Royale, and explain what the game is all about.

In 2018 Fortnite's Battle Royale mode became free for everyone, and is currently available for PlayStation 4, Microsoft Windows, MacOS, and Xbox One.

In Battle Royal, up to 100 players get dropped in an island, after almost 98% perished from a storm that had taken over the world. Those players are the sole survivors of the catastrophe and their only mission is to fight for survival. 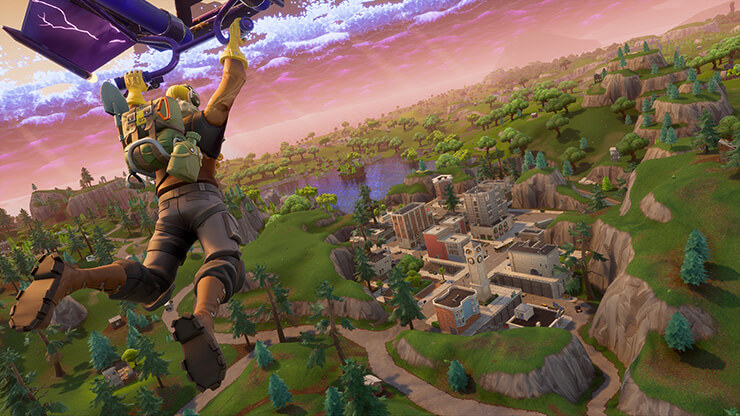 Your job as a player is to explore the map, look for weapons, ammo, bandages and all other kinds of loot that you can find to increase your chances of survival.

Players can break down objects in order to get resources to build fortifications and defend themselves against invasions and attacks.

In the end, only one player, or one team of players can be the winners.

Fortnite Battle Royale was first launched as a game mode, but has now become a standalone free-to-play version of the main Fortnite game.

Now that you've gotten familiar with Fortnite Battle Royale, let's have a look at what Fortnite's main Save the World mode is all about.

What Is "Save the World"?

Fortnite Save the World is the main paid mode of the game. It is considered by the publishers as sort of a cross between Left 4 Dead and Minecraft, and here's why that is.

In Fortnite you can play solo or in teams of up to 4 people. You cooperate together to build fortifications, gather resources, construct traps, and look for weapons to fight against creatures that attempt to destroy your fortifications.

Microtransactions help support the game. They are used to buy in-game currency, which are known as v-bucks, and can be used to get new updates, buy new skins, and so on. Although currently this game mode is not free to access, you can still earn free v-bucks for save the world doing simple activities like taking surveys, watching video ads, completing free offers and so on, on sites like PointsPrizes. The best thing about earning v-bucks is that you can share them between both Fortnite modes.

What's the Difference Between Save the World and Battle Royale?

Save the World also has many of the same weapons as in Battle Royale, although you can still find tons of new traps and weapons in that mode, like SMGs that shoot flames and laser rifles. 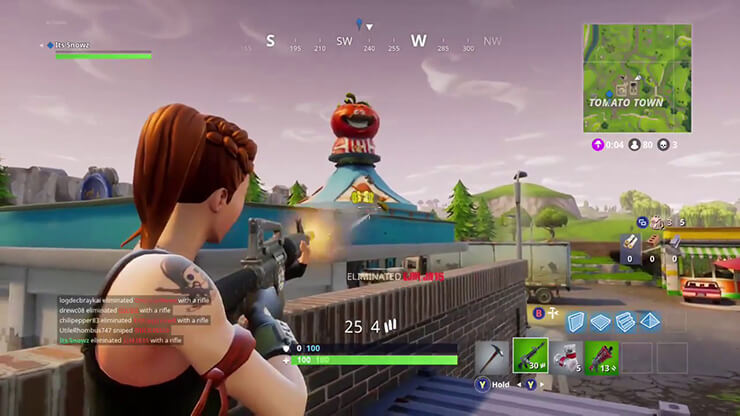 There are a few more other crafting materials present in Save the World. Other than wood, metal and stone, you can also find twine from trees and ore from rocks which you can use to create awesome structures.

In order to build particular items and structures you'll need to unlock the schematic for it, which you can usually get by completing missions.

As you can see from all of these differences, Save the World is a bit more strategic, and involves so much more than just combat and survival.

How To Earn Free V-Bucks

Fortnite Save the World is the original PvE game mode. Once you've paid for access, then it's just a matter of grinding away daily to earn free v-bucks. You can 50 per day for doing the daily quest and then another 600 or so for part of the main questline. There's also tons of other optimizations you can make, to maximize your free v-buck farming efficiency.

When Will Fortnite Save the World Be Released for Free?

Fortnite's Battle Royale has become one of the most popular games for 2018. Although for now, that's the only mode that's free to play, Epic Games have announced that they are working on a few more features in order to complete the PvE mode, and eventually release it for free as well.

They still haven't said exactly when Fortnite Save the World will be free to play, although they've announced that it will be sometime this year.

How Many People Play Fortnite?

Epic Games' new pacesetter Fortnite is taking over the gaming world, and scoring more and more players every month.

The game has overtaken its main battle royal rival, PUBG, and is now at the number one spot with the highest number of players, and no signs of slowing down anytime soon. 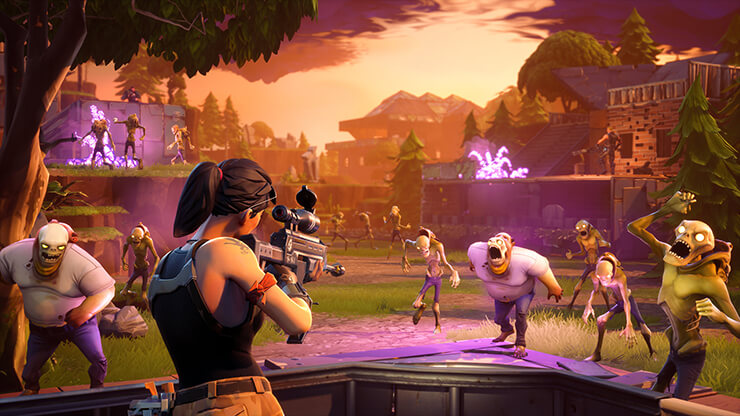 But exactly how many people play Fortnite across all platforms?

It can hard to track the exact number of players, unlike PUBG that's played through Stream and can easily track all players.

However, Fortnite developers announced that they already reached over 3.4 million concurrent players in the beginning of February, which surpassed PUBG's 3.2 million, making Fortnite the biggest game of the year so far.

We can't know the total number of players that play each day, or how many people have played the game since release, but that figure of over 3 million concurrent players is still pretty impressive.

Although this is the top recorded statistic so far, I believe the figure has already exceeded that.

Why Is Fortnite So Popular?

Both Fortnite modes are very addictive, especially Battle Royale. Players can compete in solo or group mode until they're the last ones standing.

Nothing beats the feeling of winning and being the last one to survive from a group of 100 players.

You have a huge range of weapons and items to choose from, and a big map that you can explore. There are tons of items that you can find and all of that makes it extremely exciting and trilling.

If you want to be the only one that survives, you need to prepare well, become a master of building and time your attacks well. All of that makes the game very addictive and you can't help but return to it again and again so that you can try to improve your skills and do better next time you play.