5 Clash Royale Decks You Have To Try

Want to try some unique Clash Royale decks? In this article, we'll show you some neat ideas that work really well and are great fun too.

Keep in mind that some of these decks will require you to have unlocked certain cards. Hopefully, there will be something on this list that you'll be able to try with the cards you do have available.

First up we have a beatdown deck that puts the X-Bow at the forefront of the action. We'll first look at the cards used in this deck and then we will offer some tips on how to use it after that. 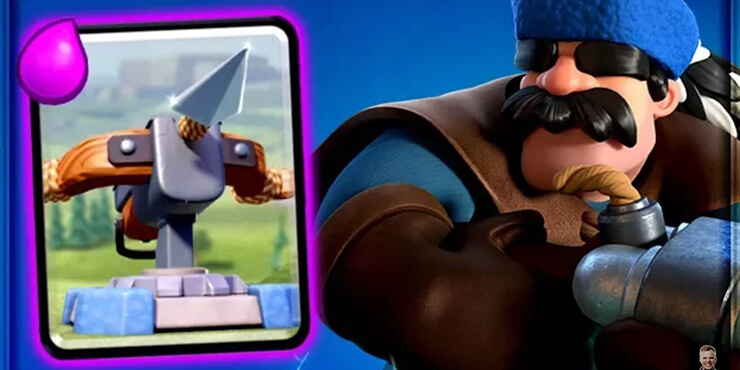 Here is a look at what cards are being used in this crossbow beatdown deck:

To use this deck, you need to be able to gain an elixir advantage. You can do this either by catching them off guard with a quick counter-attack, or by taking down your opponent's troops with your own troops that cost less elixir than theirs.

Once you have an elixir advantage, you should place down your X-Bow. Once it is down, focus on protecting it so that it can deal as much damage as possible. The Ice Spirit works well to freeze any troops that try to come close enough to take down the X-Bow. Meanwhile, you can use your spells to slowly whittle down any troops that are sent out by the opponent.

The key to using this deck is to be as defensive as possible and then wait to strike with your X-Bow when the time is right.

Our next deck suggestion uses the Sparky card alongside the Tornado to do massive damage. Here's a look at the cards used in this specific deck.

This deck is all about pushing out strong offensive attacks that your opponents will struggle to protect themselves against.

To use this deck, you'll want to use the Giant, Sparky, and Ice Wizard as your main offensive combo. When used together, these cards can do tons of damage.

There will be times where you'll need to spend elixir to defend - we would suggest using the cannon to stop most heavy hitting troops. The Mega Minion works great as a defensive option in this deck as well. You can use Fire Spirits to take down small swarm troops. 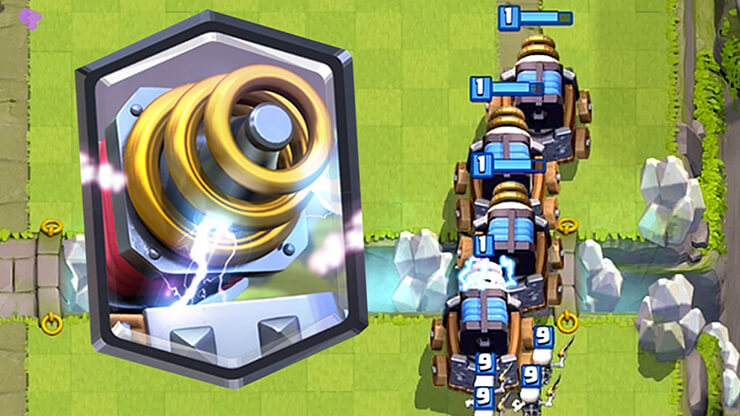 Finally, we have the Tornado card. You can use it to group troops together and this will help your Sparky to take down troops even faster. The Tornado and Sparky work together so effortlessly. If you ever get in a difficult situation, the Tornado card can also be used to buy you a bit of time.

If you're looking for a deck to get you into the higher arenas, this Graveyard deck will be perfect. Here are the cards you will need:

To make this deck work, you need to turn your defensive maneuvers into offensive pushes. Essentially, the goal of this deck is to wait for an attack from your opponent and then lay down cards to defend it, with help from your towers.

Once the opponent's troops are dead, they will be at an Elixir disadvantage and you will still have some of your defending troops alive. 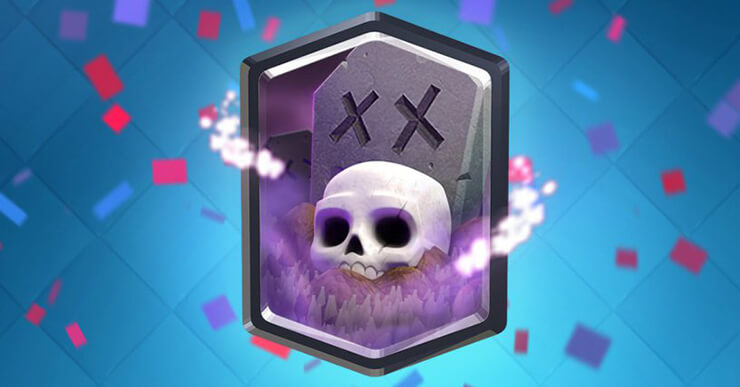 One good defensive strategy starts with using the Baby Dragon in combination with the tornado. The Bowler can also work very well with these two cards.

There are very few pushes that a Bowler, Baby Dragon, and Tornado won't be able to defend against.

Once you have successfully turned a defensive maneuver into an offensive push, you can use the Graveyard in combination with any remaining troops to take down your opponent's towers. You can also use the Knight as a tank for leading any offensive pushes.

The objective of this deck is to cycle cards so that you can get your Mortar out as often as possible. Let's take a look at the cards first:

In this deck, you should be using the arrows, archers, and skeletons as quick cycle cards. By this, we mean that you should be placing them down as soon as possible so that you can get a chance to get your Mortar back into your hand. 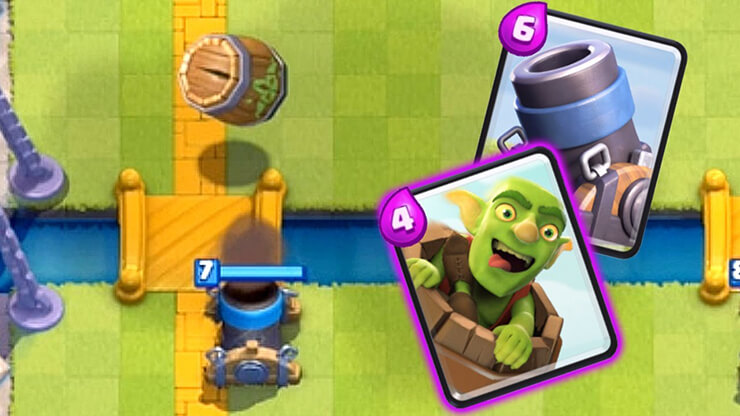 Once you have your mortar in your hand, you can use it as an offensive card, alongside an offensive push lead by your Knight, The Log, and any troops you have enough elixir to place down.

Whilst there are lots of cards in this deck that are good for cycling, make sure to put them to good use. You can use them as defenses alongside your tower to take down opponent's troops. As long as you get an equal elixir trade, you'll be fine.

To end this guide, we'll be sharing a Clash Royale deck that puts focus on the Miner. Here is a look at the cards used in this deck:

You will mostly be relying on the Miner to be winning you games with this deck. To win, you should focus on defending against your opponent by using the other cards in your deck. After successfully defending against an opponent's offensive push, you can use the troops that are still alive as push alongside the Miner.

The Miner card can be put on the front line - it's a very powerful tank card that can soak up damage and take the attention off of your other troops.

The Inferno Card will be one of your most valuable defensive cards - you should always place it down when an offensive push is sent out by your opponent. 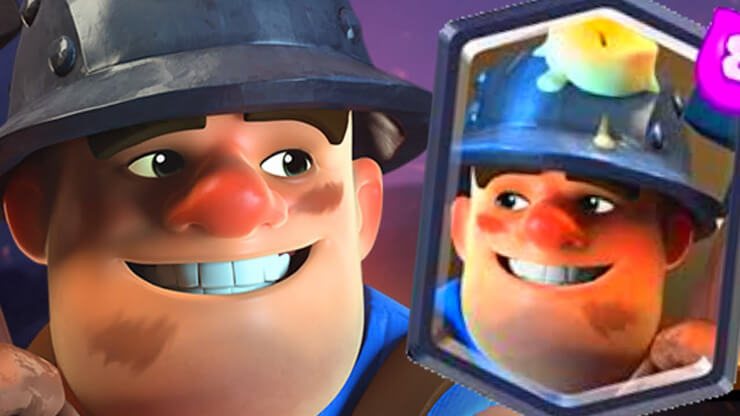 You can use the Princess as a card to take down swarms whilst defending, whilst the Mega Minion does a good job at defending against any ground troops.

You can use the rest of the cards in this deck to essentially wipe out any troop - in 1v1s, The Log, Zap, and Skeleton Army usually comes out on top, so they are good for clearing up any remaining offensive troops or for countering a push on the second lane.

That wraps up our look at some of the best Clash Royale decks you just have to try. Give these decks a go and let us know your thoughts on them.