Fortnite: How To Change Character

Fortnite is a co-op sandbox survival video game available for Microsoft Windows, macOS, Xbox One, PlayStation 4, and as of recently - iPhone. It has two modes: Battle Royale (PvP, free-to-play) and Save the World (PvE).

If you haven't just emerged out of a cave then you're probably familiar with Fortnite: Battle Royale, although some of you might not know about Fortnite's original mode called Save the World.

Save the World is set on post-apocalyptic Earth, where 98% of the population has disappeared, and zombie-like creatures and monsters have inhabited the land. You can play solo or in a team with up to three other players in order to defeat your enemies. If you choose to play solo, you'll have AI (artificial intelligence) allies in your team, but you can turn that option off if you're looking for a true solo experience.

The missions in Save the World involve defending locations from enemies or looking for and defending stranded survivors, while battling monsters on your way.

The most important part of Save the World is to use your creativity, strategic thinking, and always plan ahead when it comes to building fortifications and cooperating with your team so that you can defend your objectives and possible survivors from enemy waves.

Battle Royale, on the other hand, is a PvP survival game that pits up to 100 players against each other in a small island where each of them is left to fend for him or herself, scavenge the land, look for loot, and materials, and basically try to survive. 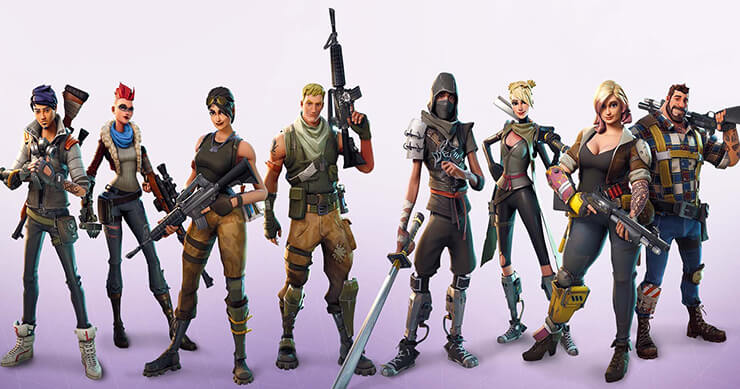 There are hidden weapons, ammo, medication, armor and all kinds of other items that if used wisely will help you destroy your enemies and stay alive.

You can also collect resources, which you can use to build stairs, shelter and even use them to shield yourself from gunfire. You can collect wood, bricks and metal, by breaking down structures, trees, bushes, cars and everything else that you can find.

As the game progresses, the storms takes over more and more land and reduces your playing field, which forces players to get closer to each other, and fight till only one is left.

Same as in Save the World, you can play the game solo, or in a team of up to 4 players.

Similarities between Save the World and Battle Royale?

Same as in Battle Royale, you can gather materials by breaking down objects in Save the World. You can use these materials to build fortifications, the only difference is that in Battle Royal you can choose whether or not you want to collect materials and use them to build stuff, while in Save the World, the missions will require you to do so, as there will be certain points where you'll have to build fortifications at certain places in order to progress.

The building materials are the same as in Battle Royale, as are some of the weapons; although there are many traps and items in Save the World, that can't be found in Battle Royale.

There are some special weapons in Save the World, such as flame-shooting SMGs and laser rifles, as well as a few others.

How to Change Character in Fortnite: Save the World

There are tons of characters in Fortnite, and each and every one of them holds their own unique story, and special traits, which is at least true for Fortnite: Sava the World, where you have the option to choose between Outlanders, Soldiers, Constructors or even Ninjas.

However, if you haven't unlocked other heroes yet, you will have to play with a soldier class hero, which is available in the beginning of the game.

The way you unlock other heroes is quite simple.

First, you'll need to go through the tutorial, which is compulsory for all players. That's when you learn how build structures, fight and defend yourself from enemies. 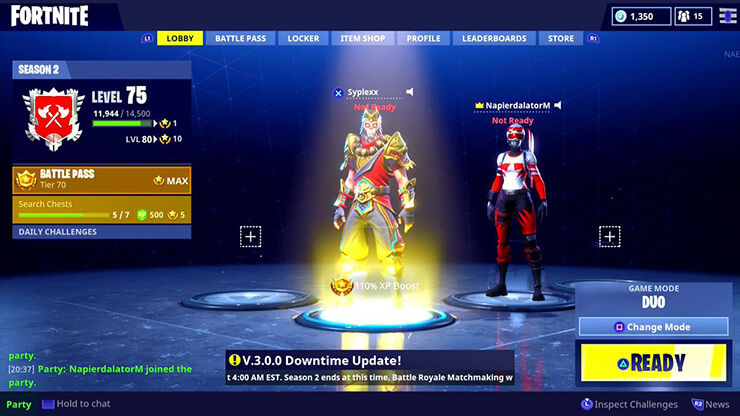 You can easily find loot llamas, although they are also available for purchase or can be earned by completing various quests.

Once you unlock a new hero, all you have to do is go to the hero tab on your home base and simply change your hero to any other hero that you have.

How to Change Character in Fortnite: Battle Royale

If you really wish to express your individuality and uniqueness then changing your character and using a character that shows off your personality is the best way to do so.

When the game was initially released back in September 2017, there wasn't any option that allowed you to change costume; instead your character was generated randomly.

You can buy new skins using your V-Bucks or get the season's battle pass which will allow you to choose any skin that's available in the store. Getting the battle pass is certainly the cheapest option if you're planning on buying more skins. 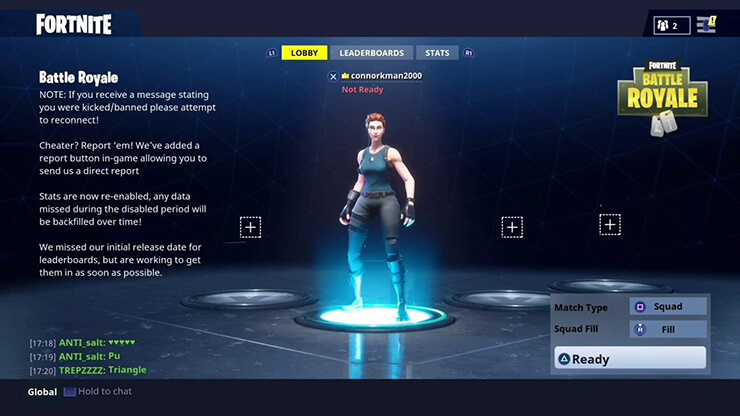 Once you purchase your new skins, you will need to equip an outfit which can be done in a few simple steps.

If you have bought skins already, or are planning to buy them, here's what you need to know in order to equip skins in your Fortnite Locker:

You need to go to the locker tab on the menu and click on the outfits slot and select the skin you want. Once you're there select the outfit you want to equip and you're done. Remember: this only works with skins you've already unlocked.

If you're playing on PC, you might have to double click it, or buttons X or O on console.

Whilst you can't necessarily count skins as different characters, it is the closest thing to a character change available in Battle Royale at the moment.

Can you Make Other Character Optimizations on Fortnite?

Although many players are asking Epic Games to add this feature to Fortnite, there isn't any official info whether or not character optimization will be added, and when we could expect that to happen.

We can't say anything for sure, but according to Fortnite's official Twitter account, they are planning on adding this feature at some point in the future. This was, however tweeted last year, and since they haven't said anything else on this subject, so we have little info to go on.

There are plenty of new features added constantly to the game, so it could be entirely possible that one of those features will be character optimization, which will allow you to pick each character you want, and add your own customizations, like gender, hair color, skin color and so on.

How to Change Character in Fortnite