What Is RTS (Real-Time Strategy)?

The core of strategy video games are skillful planning and thinking in order to win.

The challenges are often tactical, strategic and sometimes even logistical. There are many different strategy games which is why they are typically divided into 4 sub-types, depending on whether the game is real-time or turn-based, and whether it's main focus is on tactics or strategy.

Real-time strategy (RTS) is one of those subgenres. RTS games are time-based games that focus on using all the resources in your power to create units and take down your opponent. The units can be used to secure particular areas of the map as well as destroy the opponent's assets.

In RTS games, players need to use their resources, defend their bases and attack their opponents while their opponents are trying to do the same exact things. They can gather resources by possessing particular units or controlling select points on the map.

Real-time strategy means that everything is happening in real time and the action is continuous. That's why players need to make their decisions and decide on which actions to take in a matter of seconds, while their state in the game is constantly changing. They need to build bases, obtain resources, while they organize their attacks.

There is no other video game genre that will make you feel like you're truly in control of your army more than a RTS game. In RTS games you have the role of a commander and you're in charge of managing your army, looking for resources, defeating your enemy and growing your empire. In RTS games you can forge and break alliances and look for different strategies that will give you an edge over your competing armies. 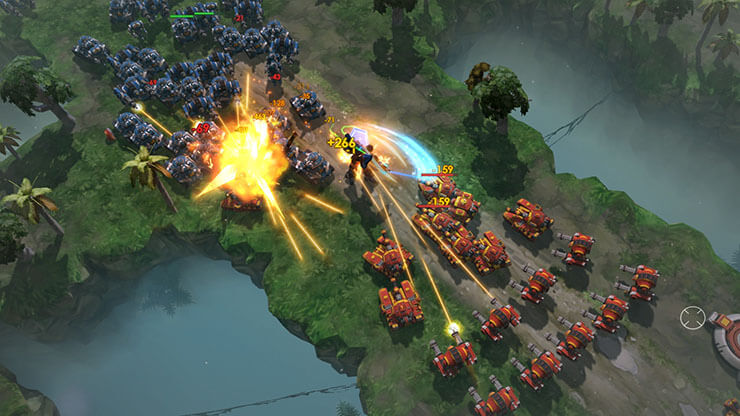 RTS are a great way to pass the time, if you ask me. You can blow off some steam playing them, or simply see them as a means of escapism. They excite and exercise the mind, and succeed in that more than any other video game genre. You can really strengthen your analytical skills and improve your critical thinking, decision making and planning skills as well.

Here are some of the benefits you'll get from playing RTS games:

1. Critical Thinking And Working Under Pressure

RTS games are difficult! They are demanding and ask their players to put in a lot of work and energy into winning. Players need to build bases, upgrade their units, gather, balance, and increase their resources and use them wisely, while they go against their opponents using different tactics and strategies to expand and coordinate their attacks and defenses. The most difficult part of all is that they have to do all of that with limited resources and in a limited amount of time.

The first thing you learn when you start playing RTS games is that they can be really hard. They can be so difficult that it's sometimes virtually impossible for a new player not to seek help from senior players. That's why they often watch other players' gameplay analysis, analyze their moves and strategies and try to memorize some of the popular build orders so they can be one step ahead of their opponents.

The most satisfying part of playing RTS games is the moment you outwit, or outmaneuver another player, particularly when that person is possibly as good as you are.

4. Executing a Particular Plan Under Pressure

Pressure is the key part of every RTS game. Pressure is actually a big part of the challenge and the RTS experience. The key thing that differentiates RTS games and other genres is the fact that players don't have any control over the pacing of the game, and the time that's available to them. They need to do a lot of things at the same time, and think of new strategies and tactics in the meantime, some of which need a lot of time to be put together.

Age of Empires: Definitive Edition is a surprisingly interesting and improved version of the original game. The original game was launched more than 20 years ago, and it was just now revived and refined for 2018. The developers have been working on updating the series for a while now and they even added a lot of new content. The game has been refined and has gotten a lot of new elements such as modern lighting effects, a few gameplay tweaks and new narration. 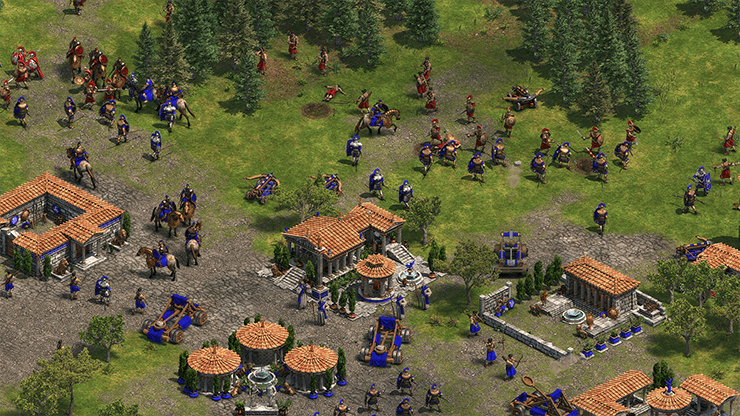 The game's got a huge selection of campaigns that cover different civilizations, including the Babylonians, the Egyptians, the Macedonians, the Persians, the Greeks, the Japanese and more. Each of them have the same basic unit types but do differ in sprite design. Age of Empires is a perfect example of achieving a lot with very little. There are 16 civilizations to choose from, and 10 campaigns you need to conquer.

If you're not familiar with the original Age of Empires, here's what the game is basically about.

As a player you are allowed to choose a civilization and act as their leader. You need to advance your civilization through the four ages (Stone, Tool, Bronze, and Iron Age), and as you succeed you'll gain more and more access to new units.

In AirMech players need to control an airborne mech which can all of the sudden transform into a huge murder machine. It's armed with a laser sword and shield, guns and rockets and it patrols the battlefields in an attempt to find explosive scraps and dive into them. 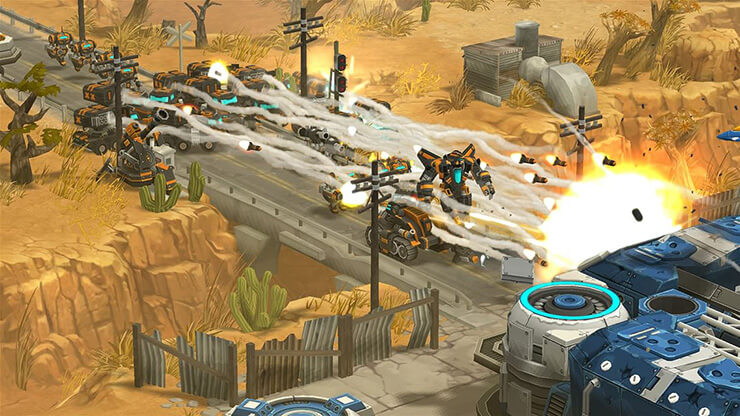 AirMech Strike is and Action-RTS that is available online and can be played both cooperatively and competitively. You can earn kudos and in-battle experience and while you're planning and practicing your perfect strategy you can unlock a collection of AirMechs and Units and get closer and closer to victory.

If you like transforming mechs and playing in a fast paced game world, then this game is perfect for you. It's absolutely unique in its graphic style, and there are tons of new updates that are being released constantly.

Valkyria Chronicles 4 features a unique combination of genre forms and is one of the best RTS games on steam. The original game was released almost ten years after the original game and can be played on PlayStation 4, Xbox One and Nintendo Switch. 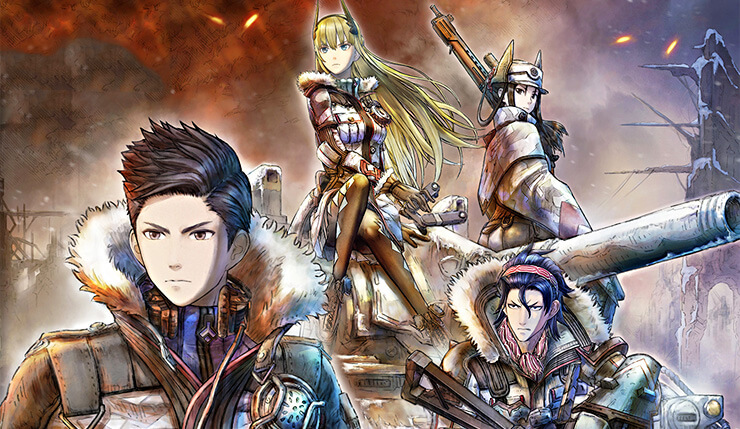 The story is similar to World War 2 era games and films. The most interesting part of the game is the fact that it's pretty easy to play at first, although as you get halfway through it, it takes a sudden turn and that might catch you off guard if you're not prepared.

Total War: Arena is a free-to-play RTS game. It features all the great commanders in the history of warfare and presents them in one big brutal package.

Unfortunately you won't be able to find the game on steam, because it's still being developed by Creative Assembly.

In Total War Arena players battle either AI opponents or other human combatants. 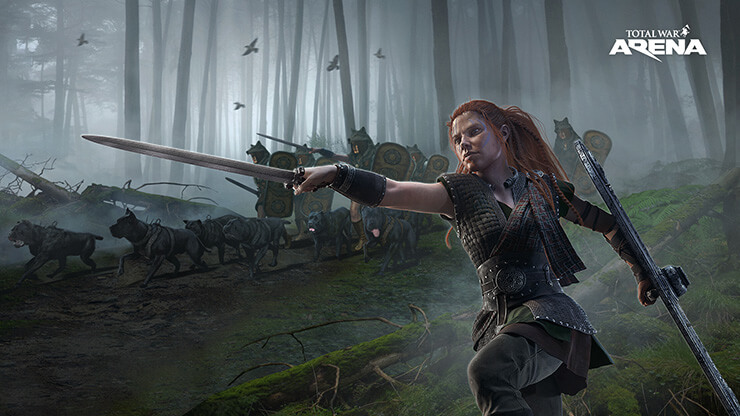 Each player leads an army of three units and his job is to work together with another team in order to capture their base or defeat their opponent.

You can choose between: the Roman Empire, the Barbarians, the Greeks and Carthage.

Each commander is given three abilities, but can only use one in the beginning. You will need to improve, make progress and rank up in order to get the other two.

Since it's free-to-play, the only way for the game to make money is from microtransactions. There are a few different currencies that you can use in Total War Arena which you can use to unlock new items like swords, helmets, spears.

In Surviving Mars your primary mission is to establish a permanent population on Mars.

You'll have tons of new and interesting challenges to overcome. You'll need to focus on your mission and execute a strategy to improve your new colony's chances of survival on the new planet. 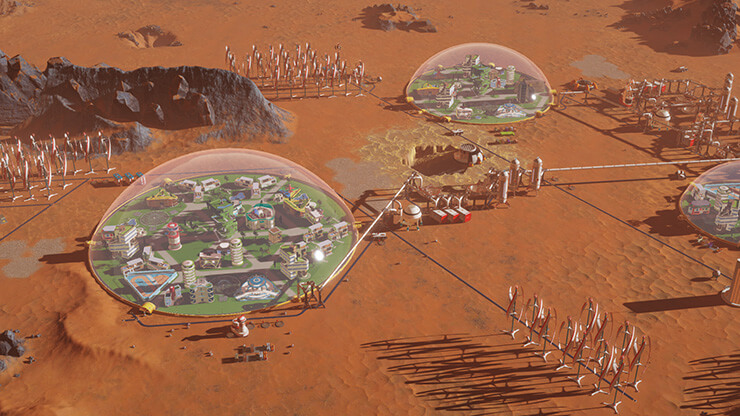 If you're ready for some danger and a new challenge then you should give this game a try. Every time you play, you stumble upon a new mystery, like other colonists, black cubes, and real aliens. You'll need to decide which direction to choose for your colony and whether or not you want to explore something or not.

This alien world holds many mysteries that you'll uncover over time. Get ready! Mars is waiting.

Best RTS Games Of All Time

If you're looking for games that have stood the test of time, and are still quite popular, you can check out this list of some of the best PC games in the RTS genre: