Published in Entertainment on 8th June, 2018

Success? I don't know what that word means. I'm happy. But success, that goes back to what in somebody's eyes success means. For me, success is inner peace. That's a good day for me.
Denzel Washington

It wasn't always easy for Denzel Washington, the son of a beauty shop owner and a Pentecostal minister from the Bronx. His childhood and his college years were tough; filled with tons of failures and struggles that only made him more determined to keep on going and one day become one of the most recognizable and beloved faces in Hollywood.

Check out one of the best motivational speech ever made by Denzel Washington, describing how he FAILED his way to success:

His decades-long career has brought him tons of phenomenal roles which he's played with an unmatched and impressive ability and emotion. He's able to lend so much empathy to the characters that he plays, making it look so easy and effortless.

He's won 2 Academy Awards, 3 Golden Globe Awards, and in 2016 he even won the Cecil B. DeMille lifetime achievement Award.

In today's list you'll see him jump from one heart-stopping role to the next, as you notice that he's just as outstanding playing a killer cop, as he is playing a prisoner, a gangster, a doctor or a Lt. Commander fighting to stop an attack against the Russians.

He's one of the most gracious actors in Hollywood so to honor his work I've selected his top 10 best movies, including some of my personal favorites. Enjoy!

Fences is an American period drama film starring Denzel Washington and Viola Davis. The film was directed and produced by Denzel Washington, based on August Wilson's Pulitzer Prize-winning play written in 1985. The film is set in the 1950s and examines a few themes including race relations and the African-American experience.

The focus in Fences is put on Troy, played by Denzel Washington, who struggles to provide for his family. He lives and provides for his wife, his son and his ex-soldier brother whose head injury has left him with significant psychological damage.

The film features Troy's struggles as he goes from a trash collector to a truck driver. He's stung by his personal failings as a baseball player, and the fact that he missed his chance to play Major League Baseball due to his race, makes him bitter and jealous to the point of not allowing his son to play baseball himself.

Troy's mistakes and disappointments continue to affect his family and his relationship with his sons deter even more as he bites back at his son, saying:

"It's my duty to take care of you, I owe a responsibility to you, I ain't got to like you!"

The film is a moving story of heartache, death, family and bitterness, which was delivered splendidly by Washington and Davis.

The movie focuses on the key points of Malcolm's life including losing his father to the KKK, his incarceration, his criminal career, his conversion to Islam and his time as a minister and human rights activist. Other key events in his life that are included in the movie are his marriage to Betty X, his concerns about the whites, and the treatment of blacks in America, as well as his assassination by members of the Nation of Islam.

For his spot on portrayal of one of the most significant activists in the 50s, Denzel Washington was nominated for a Golden Globe and an Academy Award for Best Actor, and won the New York Film Critics Circle Award.

His level of commitment to the role is what actually got him his first Oscar.

Here's one of the most iconic scenes from that movie, where Private Silas Tripp (Denzel Washington) stands his ground and stares defiantly at his commanding officer, while getting whipped as a punishment.

Denzel Washington steals the show and an Academy Award for best actor with his role as a dirty, corrupt cop that has to train and evaluate a newbie cup, played by Ethan Hawke. Denzel was able to perfectly encapsulate the decorated and corrupt LAPD officer.

Washington's portrayal of Alonzo is dramatic, intense and spot on, to a point that you sometimes find yourself agreeing with him - the dirtiest, most vile cop in LA.

Live Schreiber plays a veteran soldier who's been brainwashed by the nation's enemies and is now running for office, which has the potential to lead to an assassination. Denzel Washington plays a fellow veteran who is aware of the situation and tries to warn others of the potentially dangerous situation they're all into.

The movie is an extremely powerful political thriller with an astonishing performance by Denzel Washington.

Much Ado About Nothing

The movie was released in 1993 and quickly became the most successful movie based on a Shakespeare's play. 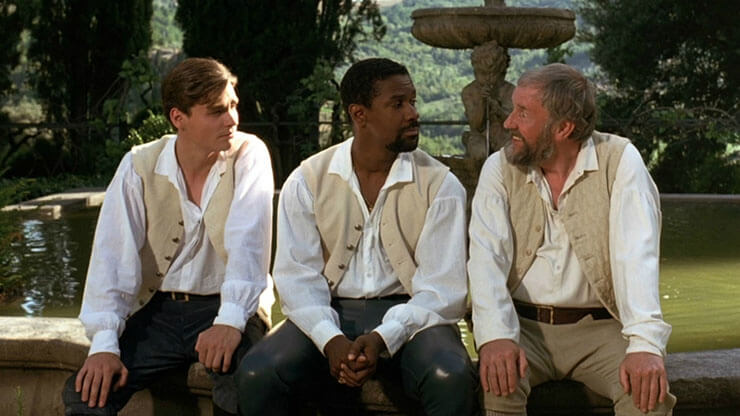 The movie features and interesting story and great performances by the colorful and lively cast.

The story revolves around two bickering half-brothers, played by Washington and Reeves, and although like most Shakespeare-based movies it didn't become wildly successful, those who did see it liked how the story was arranged and executed.

Washington plays a detective who's somehow finds himself in a cat and mouse game with a sharp bank robber with a lot of tricks up his sleeve and a larger plan in mind that anyone anticipated.

Denzel shows a particular level of humanity and weakness in the heroic detective and delivers a stunningly realistic performances that are convincing even when there's little to be convinced about.

Crimson Tide is an American submarine-based thriller. Washington plays an executive officer who is in conflict with the captain of the ship, after they get an order to launch their missiles against the Russians. The best part about the movie is watching the tension between them escalate each second and which drives the drama and heightens the intensity of the movie. 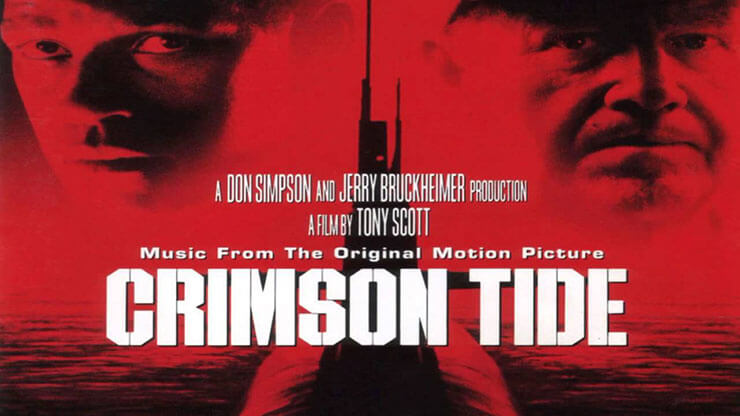 Unstoppable is a disaster thriller starring Denzel Washington and Chris Pine. It tells the story of a runaway train and two brave men who try to stop it from hurting innocent people by spilling toxic gas into a populated area. The movie is basically an hour and a half filled with suspense and superb acting.

The whole crew gets together to come up with a plan to stop the runaway train full of toxic gas and prevent a huge and fatal catastrophe.

The movie is packed with action and suspense throughout and is really worth watching.

Flight is an American drama starring Denzel Washington as a veteran commercial airlines pilot who does a miraculous job of crash landing his plane into a field, saving almost everyone on board, and becoming an overnight hero. 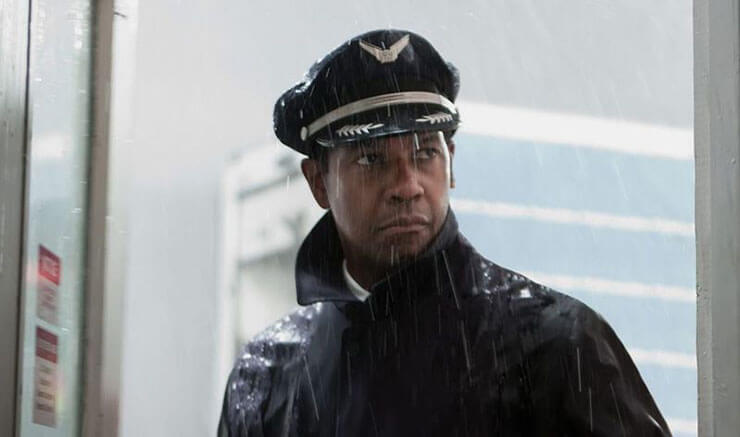 However, what the investigation soon uncovers is a drug and alcohol abuse and shines a different light on the famous pilot.

Will this close call be enough to end his alcohol and drug use, or will it turn into a bigger mess? That's for you to find out.