Fallout Multiplayer: Everything We Know About Fallout 76

Ever since Fallout 4 came out the fans divided into two groups. The first one imagined how cool a Fallout 4 multiplayer game might be; the second group simply loathed the idea. Now, Bethesda will fulfill the biggest desire of the first group, giving us a proper online multiplayer Fallout title.

Fallout 76 isn't a part of the main series (the naming clearly suggest that), but the game promises a full-fledged Fallout experience, only in multiplayer environment. This is everything we know about the game at the moment.

Fallout 76 is based on Vault 76 and its inhabitants. The vault was the first to be finished in years before the Great Nuclear War, in 2076 (The Great War started and ended on the same day, on Saturday, October 23, 2077) to celebrate the tercentenary of the Declaration of Independence, the moment when the U.S got their independence from Great Britain. The vault is set to be open just 20 years after the War, in 2107. Once the inhabitants of the vault get out, their task is to recolonize and rebuild the country to its former glory.

Since the Vault 76 is opened just 20 years after the Great War it means that the environment won't be as ruined and grim as in previous Fallout games. Trailers showed lush vegetation, lots of different buildings that don't look as ruined as in previous games, and many more colors than 50 shades of brown Fallout games are known for.

As for the world, it is more than four times larger than in Fallout 4 and it features six distinct regions to explore. We believe that we'll get one urban region, one industrialized region as well as one huge forest, and probably some hills since Bethesda's Todd Howard noted that the game is "Set in the hills of West Virginia," also explaining that regions are based on real-world culture, locations, and legends of West Virginia. You can bet that those six regions will each feature completely different atmosphere and visual style. And when we talk about visuals, Howard stated that the game features an upgraded engine with overhauled lightning, rendering, and by far the farther viewing distance in any Fallout game to date. If you look at the trailer you can see that vistas show far away hills, mountains, and buildings and that trees and foliage can be seen miles away in the distance. Fallout 76 certainly looks like the prettiest Fallout game of them all, by far.

The game will feature servers that won't feature hundreds of thousands of players, only a couple of dozens. Now, the game won't be some MMO game, but more like a shared world shooter, where you and other players can complete quests, play the game's story, fight each other or cooperate. Fallout 76 will support dedicated servers and while it seemed the game won't supports user-made mods (one of the best things about any Fallout game), it seems that will be the case only at the start and that later, players will be able to open a dedicated server that comes with mods. This means that there will probably be lots of different servers (like in similar online survival games such as Rust), all with different rules, user-made mods, and player count. This is great because we are sure that there will be hundreds of cool mods for the game.

Since the game revolves around coming out of the Vault 76 it is worth noting that all vault dwellers will be real people, and as soon as you and they leave the vault you will be able to befriend them or fight against them. There's the possibility of co-op play or temporary alliances for beating high-level quests. Fallout 76 will have emotes and other social stuff, and we presume the game will feature full voice chat like other similar titles. Of course, since this is a Fallout game, anyone who doesn't like multiplayer will be able to play alone and do their questing without being bothered by others but we don't know if there will be proper offline servers or not. So, the game supports both PvP and PvE.

Survival side of the game won't be hardcore, like in those games where you lose all after you get killed. In Fallout 76 you will be able to keep all of your equipment and items and you won't lose levels and any other progressions you've made in the game. The interesting thing is that you will be able to join friends on other servers and once you do, all your progression (like quests you completed and story-related progression) will transfer to that server. We don't know would you be able to carry your equipment and stuff you crafted and built though.

Yes, there will be crafting, and lots of it. Crafting system is more complex and way more advanced than in Fallout 4. You will be able to build whatever you want and to place buildings at any point in the game's map. We reckon that one of the best parts about co-op experience will be erecting huge bases with many buildings and other stuff. Also, you will be able to move stuff around the map, making bases fully mobile.

The level of crafting and the possibility to build huge bases will certainly attract unwanted attention meaning that other players can attack you and your friends, even to destroy your buildings. And this is why nukes are important. You see, the map is dotted with nuclear launch sites that have working nuclear missiles. To acquire the launch codes you will have to find enemies (both human and non-human) who have them and then kill them and collect different code fragments. Once you collect all fragments just go to a launch site and fire the missile. Nukes are able to hit any place on the game's map meaning you can aim them at other player's bases, in-game towns, or maybe an NPC base that's part of the main quest line.

First of all, Howard promised that Fallout 76 will feature an open beta. "Evidently, these online games are hard - they can have some nasty issues. I read on the internet that our games have had a few bugs... I did, I read it on the internet, so it's true! And sometimes it doesn't just work," Howard stated so don't worry, you will be able to jump into beta to see the level of buginess Fallout 76 will ship with. We just hope Bethesda will use info from the beta and will squash most bugs before the game officially launches. Now, the beta will surely be available for those who pre-order the game, it is confirmed by Bethesda. It seems that this will be the only way to access Fallout 76 beta testing, at least for now. There are no dates for beta testing but since the game comes out on November 14th, 2018, it is likely for the beta to commence a couple of months before the release. And yes, the beta will be available on all three systems - PS4, Xbox One, and PC. 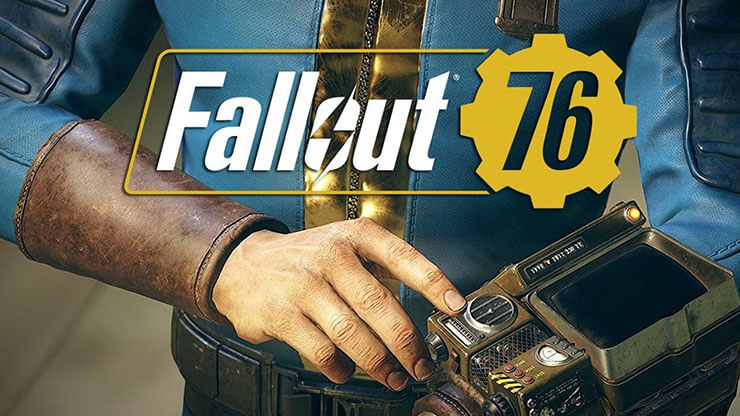 As for the VATS - the Vault-Tec Assisted Targeting System that slowed the time, allowing players to aim specific body parts of enemies - it seemed the game won't feature the system (it is an online multiplayer game after all) but recent reports state that Fallout 76 will feature real-time VATS. "It's real-time," Todd Howard stated in a recent interview. "It doesn't slow time. But it lets you target and pick parts and all of that, but it's in real-time. It still works great. It's different, obviously, because it's real-time, but the basics of it, which are, 'I can't really -I'm not that good of a twitch shooter'... You can kind of picture how it works. Like, I'm not as good as lining up someone and getting a head shot, but I've made my character good at VATS, and now I can do that." We don't really know how that will work, but the VATS will be there, and it will be very interesting to see how the game will implement the system.

And last but not least, the game will have a pretty cool collector's edition dubbed "Fallout 76 Power Armor Edition" that includes the following:

And yeah, reports state that Fallout 76 Power Armor Edition is already sold out.

Okay, that was pretty much all of it. The game comes out on November 14, 2018, so you have just a couple of months to prepare for the arrival of Fallout multiplayer online gameplay.