Published in Entertainment on 14th June, 2018

It wasn't easy deciding which Sparks' movie adaptations would get on the top 10 list, since audiences and film critics seem to really disagree on some.

When you hear the name Nicholas Sparks you either cheer from joy, or you cringe and roll your eyes. Nonetheless, I'm pretty sure most of you have seen at least one or two of his movies, either by your choice or you simply found yourself at a friend's sleepover, and those were the only movies everyone wanted to watch. 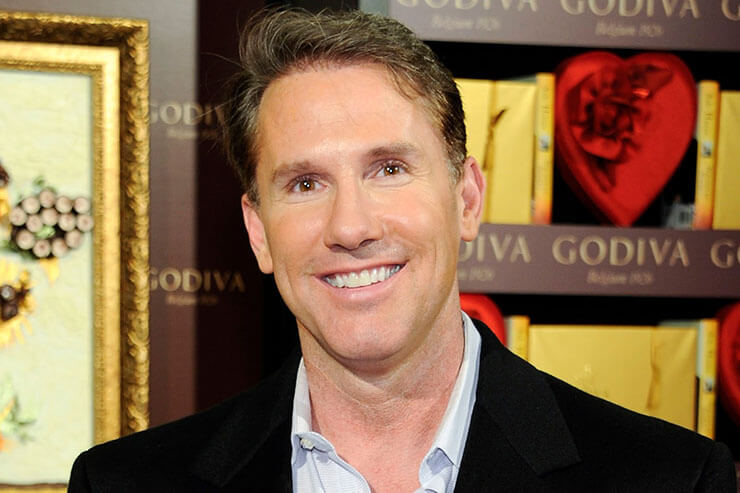 That's the risk that comes with all romantic movies - people either love them or hate them. If you belong on the first list then you'll definitely enjoy today's list, if not, maybe you could at least give one of his most popular movies a try. You might be surprised by how much you'll like it.

P.S. make sure to get a box of tissues, because you're guaranteed to cry, if not from happiness, then from the fact that you're watching a Sparks' movie when you could have been playing your favorite game, or doing basically anything else in that hour and a half.

Who Is Nicholas Sparks?

Nicholas Sparks is a novelist, screenwriter and producer. He has written 19 romance novels so far, 11 of which have been adapted into romantic drama movies.

He is a beloved story-teller, and his novels and movies are extremely popular among teenagers and young adults. Here's a countdown of his most beloved movie adaptations.

The Best of Me

The Best of Me is a romantic movie based on Nicholas Sparks' novel. The movie focuses on two high school sweethearts that reunite after 21 years at a friend's funeral. The movie features alternating scenes from the current lives that they live and their relationship in 1992.

Although they try to act as though they don't have feelings for one another, it's clear that they are still attracted to each other.

This complicates things a lot, as since 1992, a lot of things have changed. Amanda is now living with her husband and his child, and Dawson also has a few of his own problems and complications that stand in the way of these two lovebirds reuniting.

Miley Cyrus plays a rebellious 16-year-old that falls in love with a beach volleyball champion in the 2010 romantic drama based on Nicholas Sparks' novel.

The plot revolves around Miley's character, as she spends the summer at her estranged father's house on the beach. She falls in love with a young and popular local kid, played by Liam Hemsworth.

Miley Cyrus does a great job at making her character look lovable and interesting. Both Miley and Liam do a good job with the script they're given, but the whole storyline of the movie in general feels a bit unnatural and rushed. Nonetheless, The Last Song is still a light and engaging teen movie for a quiet Sunday evening.

The Lucky One is a romantic drama adapted on one of Nicholas Sparks' novels, starring Zac Efron and Taylor Schilling.

Zac plays a US Marine who finds and carries around a picture of a blond woman as a lucky charm, as he serves in Iraq.

Once he returns home, he decides to find and thank the woman who's been looking after him while he was serving.

They begin to grow closer to each other and start a relationship that complicates their lives a bit.

Safe Haven is a romance movie adapted on Nicholas Sparks' novel about a woman who runs away from her apartment and flees to another city, where she introduces herself as Katie and meets a young widower with whom she starts a relationship. The movie stars Julianne Hough, Josh Duhamel and Cobie Smulders.

The main character hides a secret that is yet to be revealed which gives the movie a bit of tension and excitement, but still makes for an easy watch.

Nights in Rodanthe is yet another romantic drama adapted on a Sparks' novel. The movie features Richard Gere and Diane Lane. They play a middle-aged doctor and an unhappily-married woman who meet in quite an unexpected way and immediately fall in love.

The great performances of the two actors make up for all the flows in the movie plot and the emotional connection that they show on screen makes this movie full of joy and sorrows. Unlike the rest of Sparks' movie adaptations this one doesn't have a predictable ending.

Those of you who aren't really big fans on Nicolas Sparks' movies are probably going to roll your eyes at this one, as it features yet another handsome hunk that falls in love with a conflicted chick which leads to a steamy romance.

Those that enjoy his books and movie adaptations however, will enjoy watching Scott Eastwood play a young bull fighter who falls in love with a beautiful art student played by Britt Robertson and the evident spark and love between the two.

Message in a Bottle

Message in a Bottle is one of the more believable Nicolas Sparks' movies that can really grab the audience's attention with the emotional and beautiful plot.

The story follows a beautiful woman who finds a love letter in a half buried bottle and decides to track down the person that wrote it.

She goes to his home town and as soon as they meet they start to feel a strong connection and show great interest for one another. However, nothing in life is that simple. The person that the letters are written to is still an important part of the man's life which complicates things a bit and makes for an interesting story.

The great performances both from Channing Tatum and Amanda Seyfried are what makes this movie one of Sparks' best ones. The movie is filled with emotion and will grab your interest right away.

Even if you're not a huge Sparks' fan, you'll still root for these two lovers. They fall in love over the course of the summer, and are soon separated as John, who is a soldier, is called away on duty.

Similarly to many other of his movies, letter writing plays a huge role in this one. The couple decides to stay together and keep their relationship alive by writing letters to one another. However, things get a bit more complicated as another guy enters Savannah's life and the letter writing starts to get less and less frequent.

A Walk to Remember

A Walk to Remember is yet another highly predictable, yet heart-warming movie starring Mandy Moore and Shane West, as two teenagers that fall madly in love for each other.

Mandy plays a geeky teenager who falls in love with a troublemaker, which leads to a fatalistic romance that failed to amaze critics and yet became one of the most popular Sparks' movies among teenagers.

Although corny at times, the movie does focus on the sincerity and purity of what teenage love is all about, and shows the optimistic side of young love.

Even if you haven't heard of Nicolas Sparks before, I'm sure you've heard of this sentimental fantasy movie starring Rachel McAdams and Ryan Gosling as a young couple who fall madly in love in the 40's but get separated due to their social differences.

The movie focuses on two periods of the couple's lives: their young romance and the struggles they face as an old couple once the shadows of Alzheimer's takes over their lives. In my opinion it's certainly one of the best Nicholas Sparks movies ever made.

This movie is definitely Sparks' best work that also launched his writing career and paved the way for tons of other romantic movies with predictable endings and cliches.

In this movie Sparks somehow managed to achieve some sort of balance between these two tales: one featuring a young couple in love, and the second one depicting the hearth-breaking story of an old man remembering his youthful romance with the love of his life, who's dying from Alzheimer's.

You may call this movie whatever you want, but the fact is it will always find its place on every list of Best Romance Movies.