Published in Entertainment on 15th June, 2018

Mark Wahlberg is an A-list Hollywood actor who has compiled quite a significant filmography over the last two decades. He's even been in a few Oscar-nominated movies, including The Fighter, Boogie Nights, and The Departed.

Although he mainly choses to do action-thrillers, he is quite a versatile actor. He has had quite diverse roles over the years, and no matter the role he finds himself in, he always finds a way to connect with the audience. 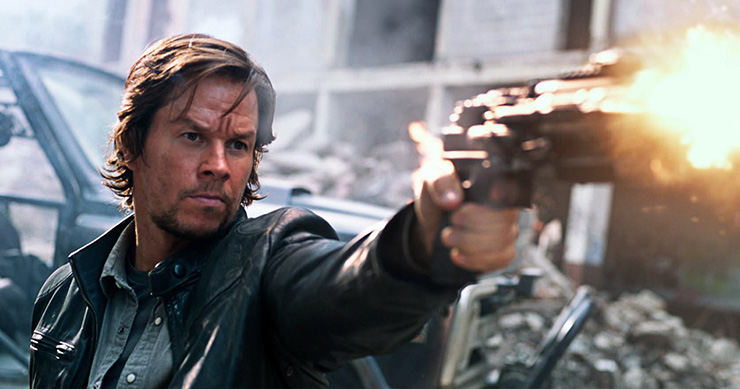 Although most people know him as a "tough guy", as he frequently plays police officers, criminals, or soldiers in his films, today you'll be able to see him in a different light in some of his lighter, comedic roles where he shined equally well.

Today's list of best Mark Wahlberg movies is very versatile. Some of his movies will keep you on the edge of your seat, some will make you laugh, while others will move you to tears, so buckle up and let's go on this Wahlberg journey together.

Invincible is a sports drama based on a true story. The movie focuses on the life of Vince Papale played by Mark Wahlberg, and his seemingly impossible dream that managed to come true. Although he's not very well known, Vince Papale is a football legend from Philadelphia, who despite the odds managed to play for the Philadelphia Eagles.

What makes Wahlberg a good choice for the movie is the fact that he's also familiar with making impossible dreams come true, and that's what makes his performance particularly good.

Lone Survivor shines a spotlight on what it's like for all the men and women who have served and even died on duty, and all the horror and tragedy they witnessed.

The movie is packed with adrenaline throughout and will keep you on the edge of your seat.

Lone Survivor is set during the war in Afghanistan where a team of four Navy SEALs were sent to track down the leader of the Taliban, on a mission known as Red Wings.

The movie received lots of praise for both direction and acting, and although some thought it focused more on the action than the characterization, the whole story and the battle scenes were both well represented.

Heading up to some of Mark Wahlberg's lighter movies...

The Other Guys is a light comedy featuring Will Ferell and Mark Wahlberg. The two of them play two hopeless cops that are constantly overlooked. After an unfortunate event in the precinct the two are made partners, and are now the "other guys", stepping in for the two best cops in town after they get incapacitated.

The plot of the movie isn't always realistic but Will Ferell and Mark Wahlberg don't seem to care, and neither do we. If you're here for the laughs, you can expect a ton along the way, as the scrip was very flexible from the start and Will Ferell's comedic input along with Wahlberg's intensity make the movie a perfect combination of comedy and action.

Ted is an absolutely hilarious movie that you can watch over and over again without ever getting bored.

Mark and Mila Kunis hit all the right notes with this one and gave a great and hilarious performance, which is what makes this movie a totally addictive and adorable adventure about two buddies with totally opposite personalities.

The movie is about a guy who lives with his real life teddy bear which was adorable when he was younger, but now that he's an adult, Ted starts to become an obstacle for Josh and his love interest, played by Mila Kunis.

Three Kings is a black comedy movie about the Gulf War. Mark Wahlberg, George Clooney and Ice Cube play three soldiers who go on a gold heist in Iraq right after the Gulf War.

After the war ended, U.S. soldiers that were still working there would often get bored and since they didn't have anything else to do, they stayed up all night having parties, drinking and what not.

One night, while they searched one of the Iraqi officers, they found a hidden map with the location of a gold bullion that was stolen from Kuwait, which the soldiers decided to steal for themselves.

They set off on their new "mission" the very next day, but it doesn't all go as smoothly as they were hoping.

Mark Wahlberg plays a marksman that reluctantly comes out of hiding to do one more mission, which is to track down the assassin who's planning to kill the U.S. president.

However, he gets double-crossed and they frame him for the attempt.

His next mission is to go back on the run and look for the real killer, find out who set him up and why.

Deepwater Horizon is disaster movie based on real events that occurred in the Gulf of Mexico on April 20, 2010 that lead to an explosion and a massive oil spill. 11 people lost their lives in the explosion and 17 were injured. The event didn't only take the lives of 11 people, but it also lead to the biggest environmental disaster in the history of the United States.

The movie however, isn't there to teach everyone what happened on that day, or what kind of impact the explosion had on the environment. The movie is about how ordinary people who were caught up in that tragedy proved to be extraordinary when it comes to helping others and taking all measures possible to save as many on board, changing their lives forever.

Although it's a bit predictable, The Fighter is quite an entertaining sports drama movie starring Mark Wahlberg, Christian Bale, Melissa Leo and Amy Adams.

The movie is about the life of Micky Ward, an American boxer from Massachusetts, his girlfriend, his half-brother, and their mother, played by Melissa Leo, who won an Academy Award for best supporting actress for the role.

The movie follows the story about "Irish" Micky Ward which makes the movie less of a sports movie, and more of a domestic drama about a professional boxer struggling to escape the shadows of a more successful older brother who's also got struggles of his own.

He gets constant "blows and hits" from his family but doesn't let that stand in the way of his success in the boxing ring.

Patriots Day is a well-crafted tribute to all heroes who risked their lives in the aftermath of the Boston Marathon bombing.

The movie is a harrowing documentation of a real-life American tragedy and an inspiring tale of a few brave individuals who launch a city-wide manhunt to hunt down and bring in those who were responsible for the terrorist attack.

The movie managed to fully capture the shock and horror that followed the event.

The movie isn't solely about the tragedy that occurred, but about the struggles that the men and women in blue faced while trying to hunt down the suspects, putting everything, including their lives on the line in a moment's notice.

The film was a huge success and won many awards, including 4 Academy Awards. Mark Wahlberg got a nomination for Best Supporting Actor as well.

The Departed shows a clear picture of a society that's rotting from the inside. Leave it up to Martin Scorsese to tell it like it is, as he goes back to the mean streets with a team of all-star actors in this crowd-pleasing crime drama.

The story features two men who try to live lives that are the completely opposite of their inner realities. The story takes you through a moral maze where good and evil interchange their masks and the line separating them becomes very thin.

The movie features two men, both of which are imposters: one is a gangster that goes undercover as a cop, and the other one is a cop that goes undercover as gangster. Both of them are good at what they're doing and they manage to rise up their ranks very quickly. They attempt to identify each other without the other one knowing, which leads to twists and turns that will keep you on the edge of your seat.