League Of Legends: The Most Intense MOBA Game?

When Riot Games initially released the League of Legends beta, its initial success was rather lackluster, to say the least. Compared to today's state of League of Legends as one of the greatest MOBA of all times, the initial release was poorly optimized, the client was aesthetically unappealing and often crashed, the graphics were something that looked like the train wreck between an indie company's dream and the real-life issue of lack of funds to make it.

On top of everything, the initial roaster of available champions to play was not only roughly 1/5 of the amount that's available now, but the champions were rather poorly optimized and shared a lot of similarities with abilities from different DotA 2 characters. 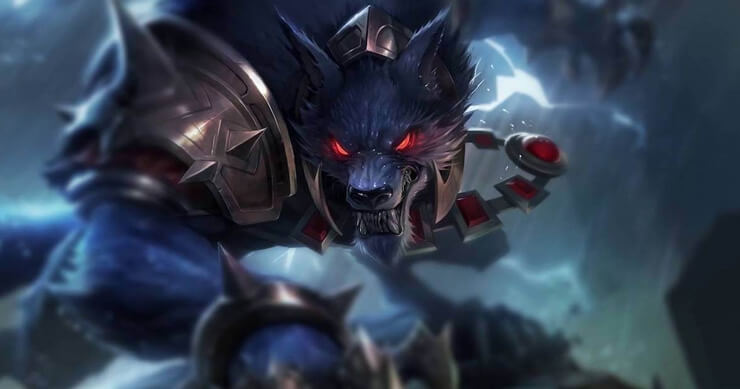 As time passed, League of Legends started to get an ever-growing traction for people who didn't like the build in punishing mechanics of DotA 2 and liked to play something more casual.

The real kick began when they started releasing new champions. While what Riot Games did at the time is now a staple and a standard for almost all MOBA's, it was the first company to pioneer the so-called "champion spotlights".

In these champion spotlights, you would have the new hero/champion presented to you in a video manner, with none other than the charismatic Riot Games mascot and spokesperson Morello describing all the abilities of the new champion and then showing them off in action with enthusiastic commentary in the background.

The important thing is that the champions were not only shown and explained to players, but they were literarily spotlighted; Instead of just simply showing off what this new champion's abilities do, the spotlight presented some cool combos that the new champion can do, what are its pros and cons, how it fares in a situations it's equipped to deal with and a situation it doesn't shine to the fullest potential.

The spotlights also showed possible ability, runes and mastery build variations for the champion to inform the player base on how to build their character to properly fulfill its role, how to play on its strengths and how to compensate for any inherent faults that the character might have.

The important thing was that the new champion wasn't just shown in its best case scenario and presented as an overpowered character, but as a versatile hero with both ups and downs, all backed up by the comical and charismatic commentary by Riot Games spokesperson Morello who always kept the spotlights light-hearted and with a grain of humor.

After all, Riot Games initial idea was to build an indie type of a MOBA that would tether to the needs of casual players who simply couldn't get into the giant overshadowing League of Legends at the time which was DotA 2. 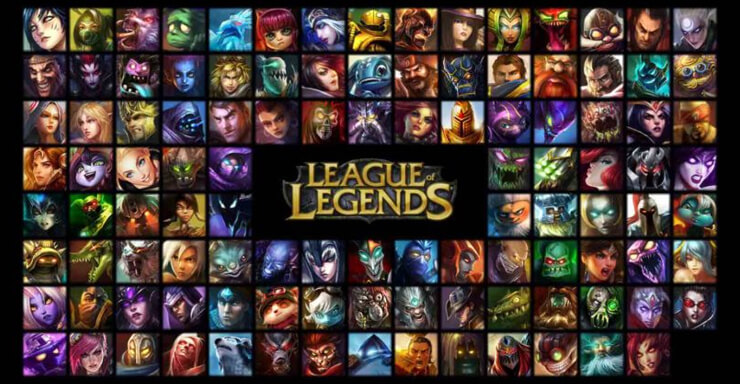 These spotlights soon gained a lot of attraction solely due to their comical and entertaining value and people slowly started coming to League of Legends as an alternative game for a legitimate MOBA experience.

So, while the great champion spotlights, the infamy of Morello and the appeal of a casual MOBA experience did tether to the needs of many people, how did League of Legends eventually rise to the MOBA giant which it is today, having Riot Games no longer being a small indie company with lack of funds (which obviously reflected on the further development and improvement of the game, both from a graphical stand point and in game mechanics improvement, to eventually result into the beautiful alternative jungle-eks and vibrant green aesthetically pleasing MOBA that League of Legend is today).

While League does follow the same tri-lane map design just as DotA, there are so many more map gameplay elements added that indubitably, League did thoroughly distinguish itself from DotA 2.

In DotA 2, you protect the towers; while in League of Legends, the towers protect you

With the addition of new map objectives such as Blue and Red buff acquired from jungle creeping, having a valid and more accessible jungler role character available, bushes for cover, multiple map objectives such as "The Dragon" and "The Baron" instead of just "Roshan", the game even though smaller in map size when compared to DotA 2 has a lot more "team objectives" that any potent team of players should strive towards getting.

This also allows for a rather nice comeback mechanic as if you just lost a huge team fight but you do manage to take the dragon with your few remaining teammates and probably manage to even push a tower even, that's 400 global gold for the whole team! (plus some temporary but highly potent buffs for the people who actually slew the Dragon; the Dragon gives 250 global gold while towers give 150).

Unlike DotA 2, the gold gained from a destroyed enemy tower is shared between the team so it's highly incentivized to cooperate to take down the tower instead of trying to play whack-a-mole with your teammates about who's going to get the last hit on the tower.

As I already mentioned, In League the towers do truly protect you. If you're in range of the power and you auto attack or cast a spell on the enemy hero, the turret will automatically target you and it hits really, really hard. 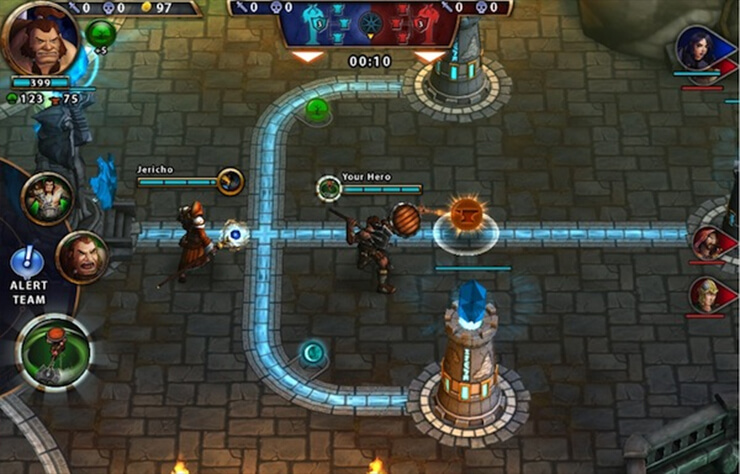 As it is, in League of Legends there are no valid strategies for level one tower diving (unlike in DotA 2 where the team can just bunch up close to the support, pop an invis dust and be on their merry way to kill anyone from the opposing team located in any lane, it doesn't matter).

If you say well, if the tower just auto targets me if I attack the enemy hero then I'll just hit the tower or farm creeps under it so I don't attract its attention. While that sounds fine and dandy in a theoretical perspective, you'll soon realize that even though it takes about 5 auto attack hits and a damage ability from the enemy hero hugging the tower to cover up for just 2 hits from the tower, the sheer sustained damage by the enemy hero if you decide to just stand there and tank all his or her auto attacks will soon put you in a very bad position.

Another awesome improvement Riot Games made is the fact that after you die, you lose neither gold nor experience, but simply are surrendering your lane to your opponent for a while, until you respawn. While not as harsh as DotA's mechanics, even in League dying isn't advised as it allows for your lane opponent to farm creeps freely, push the tower or go roaming and kill your "jungler type character" or your squishy mid laner.

A Broader Role For Support Characters

Riot Games dev studio department realized that some characters simply scale better with items purchased with gold and naturally, should get as much gold as possible to perform as optimally as possible.

This in retrospect results in the so-called "support character" who doesn't farm creeps but is there to simply protect, heal, zone out enemies laners, prevent ganks or help the "character that scales better, also known as the carry" to just farm up as much gold as possible by killing as many creeps as possible (and eventually by doing objectives such as The Dragon, pushing towers and late game, even The Baron).

What Riot Games didn't want to happen is to have a recurrence of the situation in DotA 2 where supports eventually just became warding, healing or just ultimate bots.

As such, they introduced the so-called GPS (Gold Per Second items) which were cheap, mana and health regeneration based items that also provided passive gold to the support players. These items were perfect for the support player as he or she would have higher health regen thus being more survivable, would have more mana thus being able to cast more abilities and won't be gimped that hard by not farming.

While the support character would never reach an amount of gold acquired such as the carry character for an example, they would have enough to fulfill their duties such as buying wards, aura based team utility items, some items that offer CDR (Cool Down Reduction) which would allow for them to cast their abilities more frequently while on top of everything enjoying the passive regeneration bonuses of the GPS items that they would naturally keep throughout the game. 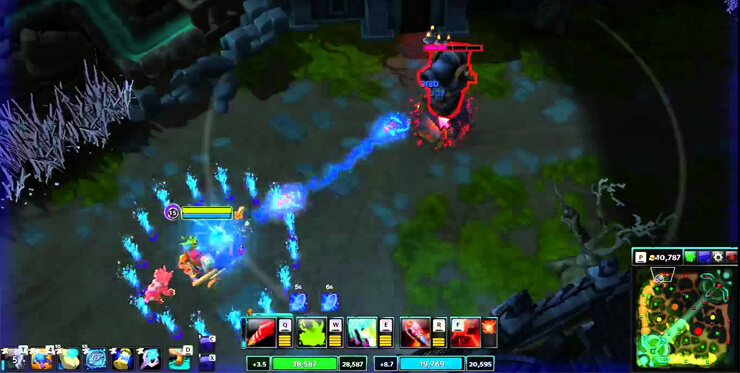 The innovation of GPS items was such a phenomenon, there was a point in time when people argued about who should play the support because people simply enjoyed being globally helpful to the team all around rather than having a great personal KDA (Kill to Death to Assist ratio).

Although a funny side effect of playing support was the fact that most of the battles didn't start without you due to your ultimate ability or your aura item and in retrospect, you would gain "an assist point" and an appropriate gold reward for every team kill.

Good support players could often end up with KDA ratios such as 0/1/24 at the end of the game.

The Introduction Of Skill Shots

Everyone knows that when you first start playing DotA and don't know the game too well, you just pick two heroes with a stun in a lane and just stun lock an opponent into a coma, having both of you beating on him while he's perpetually stunned until you finally finish him.

The opponent would die, lose gold, lose out on potential experience by not being In the lane and just as he would potentially come back, your stuns would be off cooldown and with mana ready and available to do the scoundrelling, yet again.

Riot Games didn't find the idea of "point and target a 100% hit" stuns as a fun mechanic, so they introduced the so-called skill shots. Skill shots are abilities that you don't click on the enemy hero to cast it but rather in a direction and the skill shot, regardless if it's a stun or a debuff would flow naturally until it hits something, even creeps. 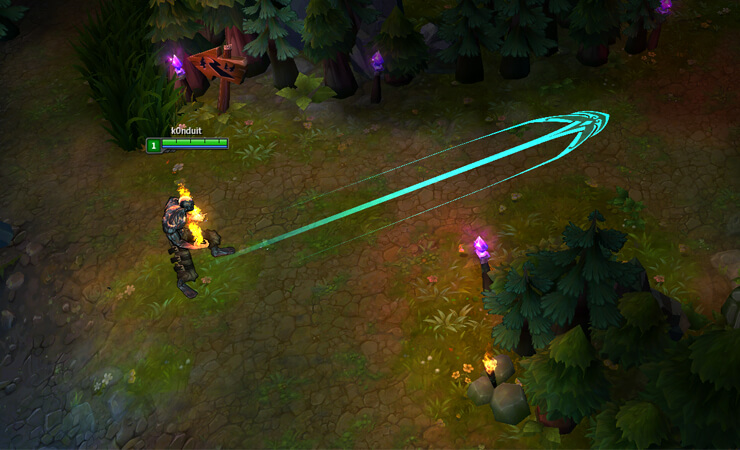 This meant that if you'd like to play your character optimally you'd need to properly and tactically position yourself on the battlefield to actually land the skill shots as just as hard as they're to land, they're equally rewarding when you actually do.

This in retrospect made the mechanical skill cap to play a character professionally really high as reliably hitting your skill shots is something that takes ages to take accustomed though, but once you've mastered the technical and mechanical requirement to properly and reliably land a skill shot, you could be unstoppable.

An interesting fact is that many (if not all) skill shots differ from each other so even if you master one, the next one is going be almost as hard as the previous. So to truly become a professional high-end League of Legends player, you'd need to invest thousands of hours to properly master no more than less than half of the skill shot based champions.

The mechanical execution difficulty which the skill shots brought into the game resulted in many pro players retiring after playing too much League due to the strain on their wrists or simply because they got too old, most notably, Saint Vicious who retired at 32 because "his hands simply weren't nimble enough for him to professionally compete at the game", so he went out and became a coach.