Who Will Win The Game Of Thrones (Season 8)

Published in Entertainment and Viral on 4th July, 2018

If we've learned something from Game of Thrones so far, it's to always expect the unexpected. The GOT audience has been through a lot over the past seasons. We have been shocked and devastated by a lot of unexpected deaths of our favorite characters, and the ending of the previous season really shook popular culture, to a point that we cannot wait any longer for the final season to come out. 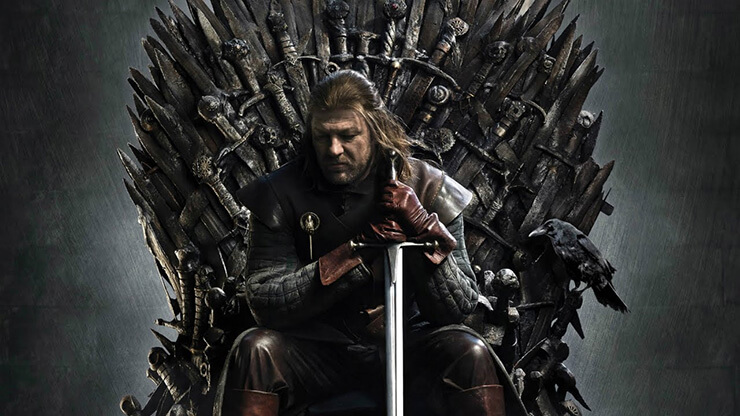 Going into its eighth and final season, ironically the Iron Throne could still be anyone's for the taking.

When Will Game Of Thrones Season 8 Be Released?

This is probably one of the most highly searched questions regarding GOT right now. Fortunately the answer is simple. Maisie Williams, who plays Arya Stark, has already confirmed that the first episode of the new season will air in April of 2019.

While we impatiently wait for April, let's see what some of GOT's fans and even some of the Game Of Thrones cast members have to say about the ending and what some of their theories are. There have been numerous fan theories circulating, ever since the series premiered on HBO, maybe even since G.R.R. Martin's first novel was released, back in 1996.

Who Will Win The Game Of Thrones?

There are many fan theories about the ending of GOT, a few of which seem highly possible to happen. One thing's certain though - every character if not even every fan will be disappointed by the ending, since GRRM already announced that we can expect a bitter-sweet ending.

But let's not get ahead of ourselves. We still have a lot of bidding to do before the new season arrives. Let's see where each of the lead characters stands, and what their chances of winning the game of thrones are.

Gendry's story is yet to unravel, and we have yet to see how big of a role he'll play in the final season of the show. After all, there's no reason why the forgotten bastard of Robert Baratheon couldn't win the game of the thrones and reclaim his father's throne. 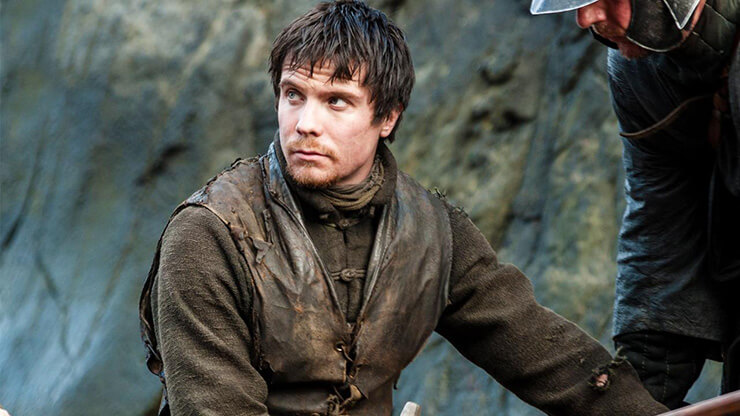 I think that we'll see a lot of Gendry in the final season of GOT, since as he said in an interview: "I've done well out of it this year, for sure." He did do a lot of filming for the last 6 episodes; although that doesn't necessarily mean that he'll live.

A lot of people might find Gendry sitting on the Iron Throne to be a bit strange, since he hasn't been a constant in GOT, and was gone for half the show. Some can't really wrap their heads around the idea of a minor character winning the Iron Throne, but as Xaro Xhoan Daxos once said:

"Those on the margins often come to control the center, and those in the center make room for them, willingly or otherwise."

She is young, beautiful, a good commander and a powerful conqueror; she also has a massive army, awesome hair and is the mother of dragons. Now if that doesn't make her a good candidate for the throne, I don't know what does... 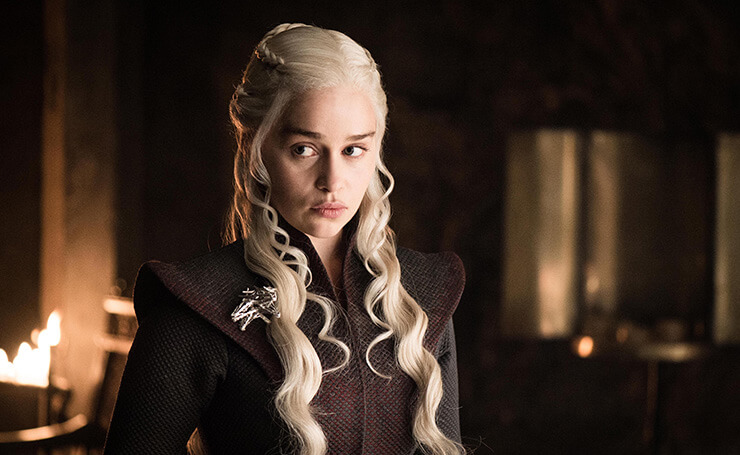 Although we cannot deny any of those facts, there are reasons why she shouldn't be the winner of the throne, and they are a few:

And finally, one last fact that makes her an unlikely candidate for the throne is the fact that this is GOT, and G.R.R. Martin's style is nothing like LOTR or some typical fairytale where the beautiful princess who deserves the best and most heroic prince is likely to go home a winner.

Jon Snow is literally the best representation of the melding of fire and ice - as he is both a Stark and a Targaryen.

Since this is a song of ice and fire, and only he has both in his blood, the possibilities of him winning the Iron Throne are big.

After all, you don't kill off a character, bring him back to life, and reveal that he is not a bastard, but a true heir of the throne, only to kill him off again at the end.

I don't know about you, but that sounds like a thing G.R.R. Martin would do.

We've yet to find out whether he has grand plans for him or not, but I'm guessing Jon will be there during the very end, and whether or not he becomes king, Daenerys will probably have a hand in it either way.

Now that we know that Jon is a Targaryen, the alliance between them will be a pretty obvious move. 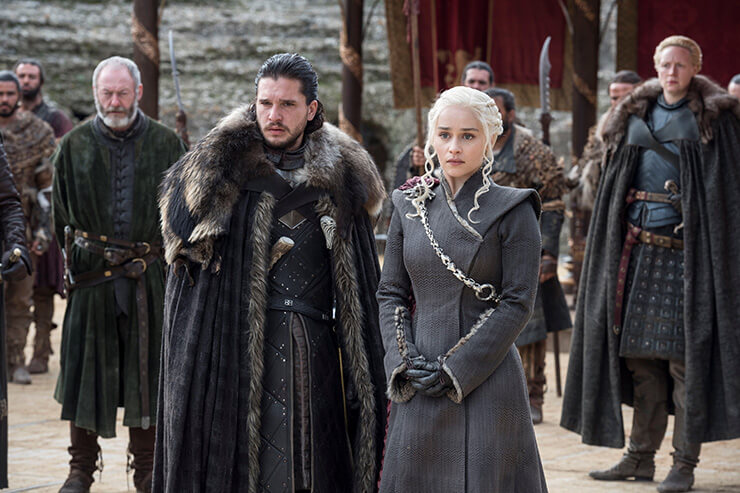 On the other hand "obvious" endings aren't really G.R.R. Martin's thing, and this isn't something we should expect from a show that has surprises at every turn. The chances that the two of them will marry aren't that big either, but we'll just have to wait and see, won't we...

In an interview with the New York Times, Lena Headey or Cersei Lannister said that she didn't see her character as a winner in the end. "It can't be me because I'm already there," she said. 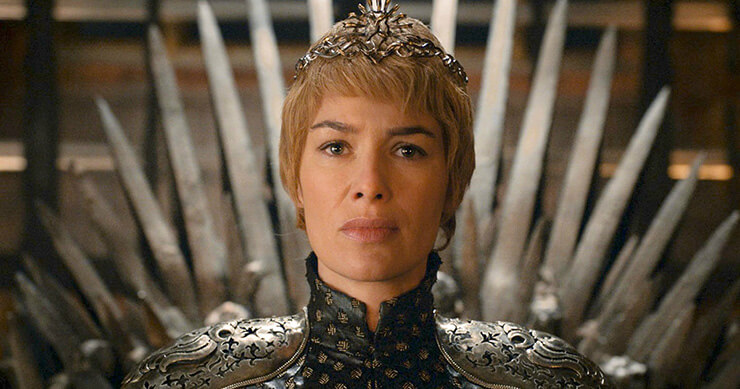 Another thing that makes us believe that it's not going to be Cersei sitting on the throne at the end is the fact that she never wanted to rule. All she wanted was for her last remaining child, Tommen to sit on the throne, which didn't last long.

Even though she will still fight for the honor of the Lannister family, Cersei doesn't have many options. The only way she's got left to go is down. She also has a prophecy and the legitimacy against her, so she probably won't stay on the throne for much longer.

According to the prophesy of the fortune teller named Maggy, Cersei's greatest danger comes from her little brother. And although we all thought she meant Tyrion, we shouldn't be so quick to dismiss Jamie as well. Even though he is her twin, he was the second one to be born, which makes him her younger brother as well. 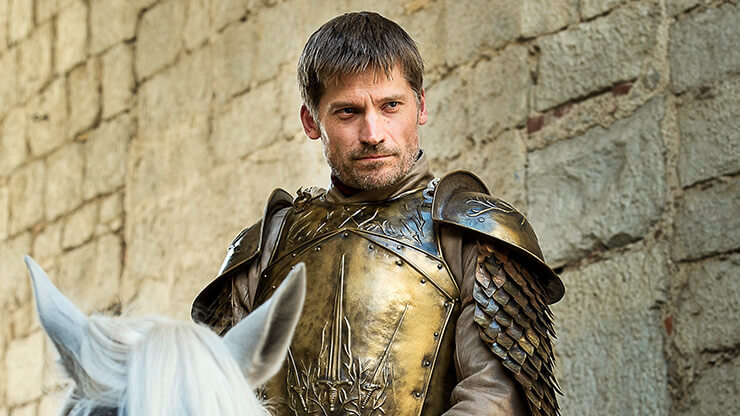 There are ways in which their love for each other can lead to an ironic twist of faith that could lead to Jaime killing his sister and claiming the Iron Throne. Although they did love each other once, and had three secret children together, which they had to watch die one after the other, this turn of events might make their lives even more tragic than before.

It won't however be a bitter-sweet ending, which is why I don't really believe it will come to this, but we'll never know until next year, so let's continue guessing and theorizing.

If Jon is already a king, or tragically dies in the last episodes of GOT, since he doesn't have a son of his own, Bran, Sansa and Arya are next in line, in that particular order. They are his blood, so even though they are Starks, they too have a chance of sitting on the Iron Throne. 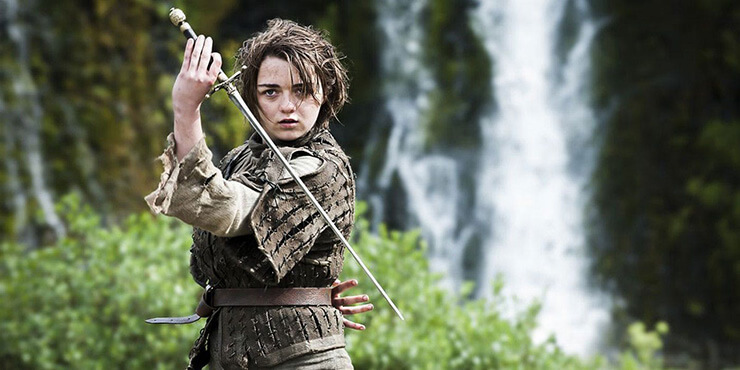 This theory is a little out there, but since we don't know how G.R.R. Martin's brain really works, anything is possible until it isn't. That would mean that even though no one suspects or even wants Varys to win, he does have a chance of surprising everyone and actually taking the throne. He has a good position right now that keeps him close to Daenerys. If Tyrion dies, he will become the new hand of the Queen when Daenerys wins, and would have the chance of becoming king by having Daenerys killed.

Tyrion's chances of siting on the Iron Throne are very high, higher than those of his brother for sure.

There are a lot of signs that point to Tyrion taking the Iron Throne throughout the whole series, so if you haven't noticed them till now, here they are: 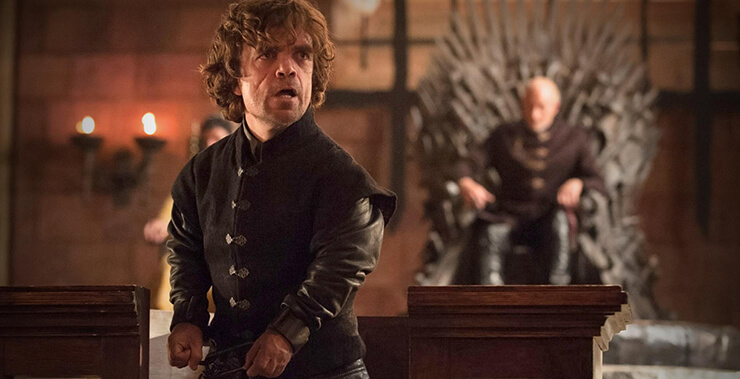 Although many would have you believe that GOT will have a fairytale ending with Jon and Daenerys marrying, and living victoriously together, with one of them sitting on the throne, I wouldn't agree with that theory.

I would say that pretty much any other ending would be more plausible when it comes to George R.R. Martin, so let's have a look at the following fan theory.

As you probably already know, George R.R. Martin announced that his final book of the GOT series will be named "A Dream of Spring". This most likely means that it will all end during winter and Westeros will most likely be completely flattened by war. 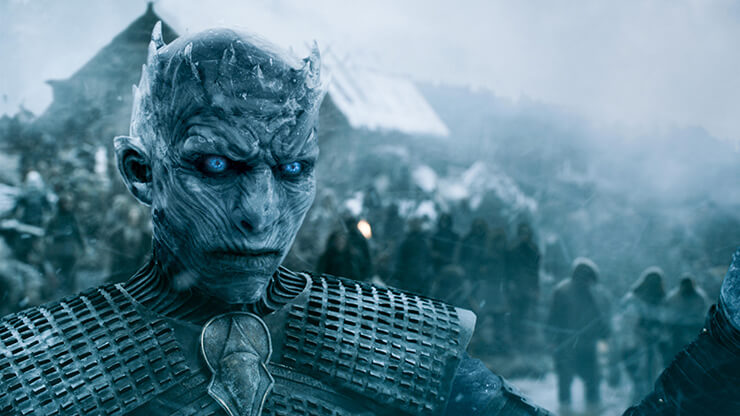 We also saw that the Night King has quite an affinity for war at the end of last season when he started destroying the wall. A lot of fans seem to believe that it will be him sitting on the Iron Throne at the end. Some even go as far as to say that that Brandon Stark might be the Night King, but I'm not sure if that is true, simply because he's been so marginalizes in the show over the years that it's quite unlikely that the show was actually all about him.

No One Wins (Low Chances)

While a lot of people are hinting at and hoping for a ruined kingdom at the end, as George R.R. Martin said, the ending is supposed to be bittersweet, and that ending just seems bitter to me. 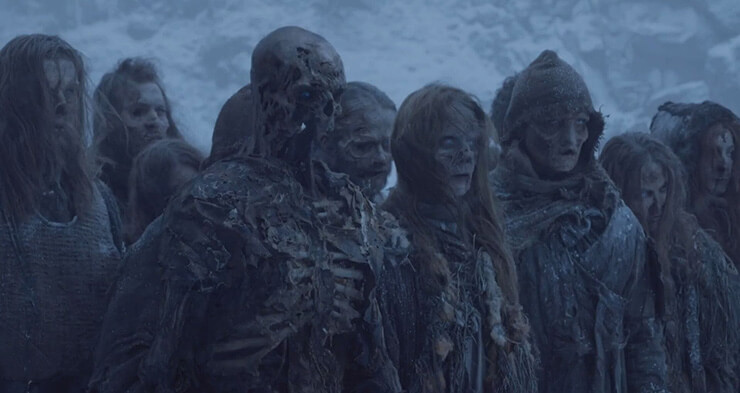 A lot of fans theorize that nobody will win the game of thrones simply because there won't be a throne left to win.

However, the fact remains that the Iron Throne is simply a distraction. The real enemies of the kingdoms lie beyond the wall, and the scariest part is that only Jon Snow and a few other people have any idea what's actually happening beyond that wall. Both the White Walkers and the Dragons are very dangerous enemies which is why as long as they're a threat, it won't matter who sits on the throne.