If you're bored, but are running low on cash, you're probably searching for some free games to download and play. This time I've got you covered, with a list of some of the best free to play games on Steam, including some of my absolute favorites.

Steam has tons of awesome free to play games, that will keep you occupied and engaged for hours at a time. Some are even as fun to play as their full-priced counterparts. 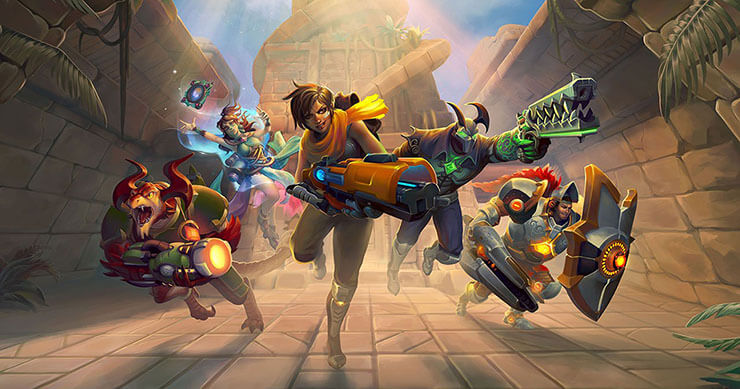 I've listed some of the most popular free steam games below, so check them out and see if you'll find them as interesting and fun as the rest of us.

Steam is a digital platform that offers multiplayer gaming, video steaming and much more. They have thousands of new deals and discounts on popular video games every day, as well as selection of some of the most popular free to play games.

Steam is very user-friendly and provides each user with installation, automatic updating on their games, cloud saving, in-game chat, and friends groups so that you can feel closer to your friends as well as the whole gaming community.

Steam was initially developed for Microsoft Windows only, but it now has versions for Mac OS X, Linux, PlayStation 3, iOS, Android and Windows Phone.

Paladins is a free-to-play FPS game and one of the best games on steam. It has a colorful sci-fi setting and features heroes or champions (as they are known) who have their own special skills and abilities. The game is played in teams, and each team is on a mission to capture and deliver specific objectives. Players can choose between a few different champions, and they use cards and items to customize their playstyle.

First thing you need to do is select your hero. You have a huge selection of champions from which to choose that fall into four classes. Those are: Front Line, Damage, Support, and Flank.

The next thing you'll need to do is choose your Talent, which are bonuses that heighten the effect of your abilities. Once you complete that step, you'll need to choose your Loadout. A loadout is a set of five cards that have their own special effects.

You pick the Cards and Talents in the beginning of the game, but you can still go a lot of customizations in the playing field even during your match.

Paladins might seem like a fairly simple game but actually requires a lot of tactical thinking and planning ahead.

EVE Online is a sandbox sci-fi MMORPG set in a fictional galaxy.

The galaxy is named "New Eden," and contains over 7,200 star systems that you can explore.

Players can go on missions that help the corporations of EVE defeat their rival organizations and fight off pirates. Eve works on a timer system, which makes things even more interesting and tense, since there are some parts in the game world that can only be attacked during a narrow window of time.

When EVE was released for free it found its way on the list of best free steam games and was the high point of that year.

Closers is an anime action RPG filled with awesome battles. Its storyline is epic, if not a bit complicated at first. The game might have a lot of complicated menus and such, but once you get the hang of it you'll get hooked right away. 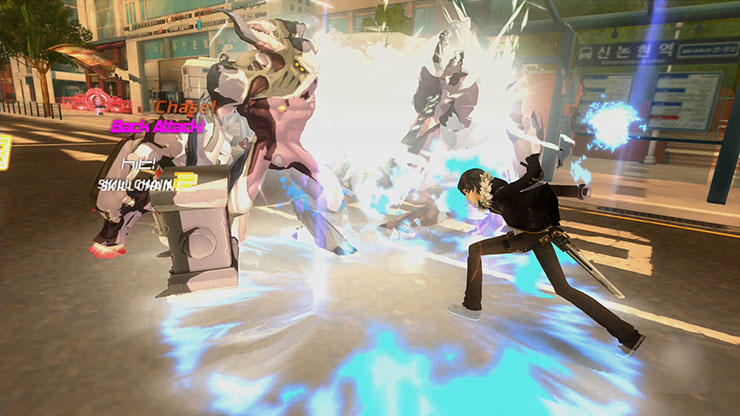 The main event in the game is the dimensional monsters that come to invade the world in 2020. No one is able to defeat them other than the Closers. They are agents with psychic abilities that can not only defeat the monsters but close the Dimensional Gates that they use to come from.

All you need to do is choose your Closer, invite your friends or choose to go in solo, and give it everything you got to protect the Earth from the horrific mosters.

In Smite you have characters that come from seven different religions. Developer Hi-Rez has done an excellent job incorporating all of their specific mythological backgrounds into each and every character of this tactical MOBA.

You have nothing to worry about, even if you've never played a MOBA before. There is a beginner-focused Arena mode that is great for newbies and will help you get the hang of the game right away, and prepare you for some awesome action on the battlefields of the Gods.

You can choose to play Thor, the Egyptian god of sun Amon Ra, Medusa or some of the other remaining gods or mythological icons. The game is updated crazy frequently so you can always expect to see more and more interesting features every two weeks.

Smite is a free-to-play game, although the gods aren't, that it at least, for new players who are just starting out.

Warface is Crytek's explosive free-to- FPS with fast-paced action and compelling co-op that will remind you a bit of call or duty.

Warface is actually one of the most popular steam games right now.

There are multiple modes available; each as addicting as the next. You can join forces with your friends and together you can take down the Blackwood entity, by completing new challenges each day.

Warface is set in 2023 when all nations collapsed and corruption, conspiracy, and chaos took over. You and your team need to join your forces and prevent this from happening.

You can play a Medical, Marine, Engineer or a Sniper and join this rapidly growing movement led by US General Lee Warton, who's come out of retirement to put an end on corruption and the violent profiteering of Blackwood.

At first you might think that having such a small selection of only 4 classes will limit you in some way, but what you'll soon realize is that when playing co-op missions you can reveal a greater depth in your player, that you never knew of before.

You can choose between 20 different races, or even create your own species if you want. You can rise in the ranks, command your own starship, and recruit your own crew of officers. 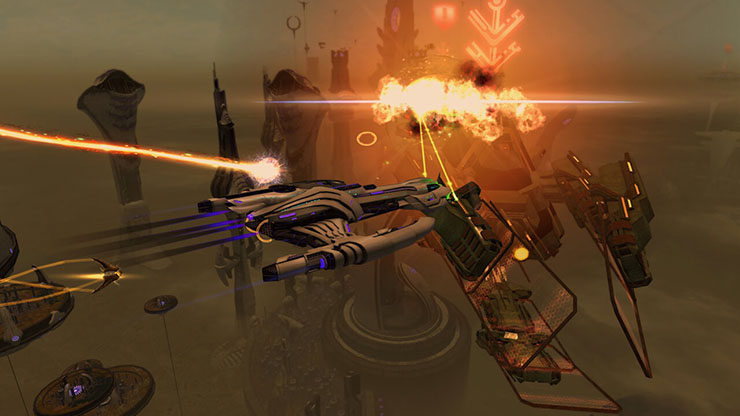 Once you become the captain of your own starship, you will be given a trial mission, which will set the basis for the whole story.

The first thing you'll be required to do when you start the game is to create your own character and choose between the many available options that you'll be given.

You can be a member of the Federation, or a part of the Klingon or Romulan Empires. It's up to you to decide.

Atlas Reactor is a PvP battle arena tactics game, where players take the role of a freelancer and choose one of the many available roles, like frontline, support, firepower and so on.

Players have only a few seconds to decide before they lock into action during the "Decision Mode" and wait out their results in "Resolution Mode." 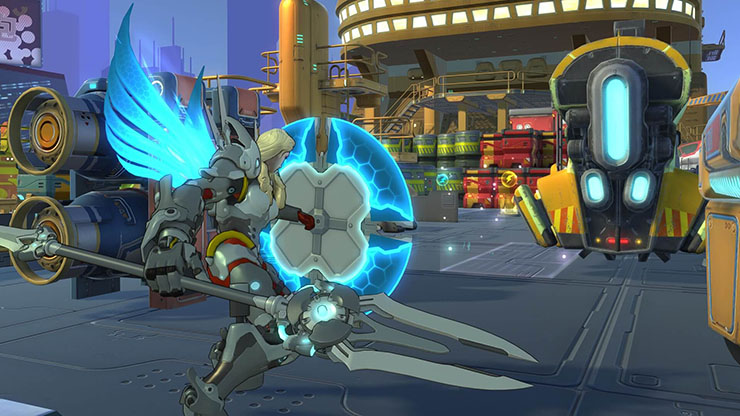 Players can only perform one ability at a time and execute one movement each turn. All the action has to take place within the suitable phases.

During the prep phase players place traps and shield themselves; the dash phase is for charging and dodging attacks; in the blast phase they can attack and stop other attacks and in the move phase they can reposition themselves and sprint twice as far when they don't perform other abilities.

Atlas Reactor has awesome reviews on steam, and is one of the hottest free games on steam right now.

It's a fairly easy game to get into and really fun to play. You have lots of different champions to choose from and a nice gaming community that you can be a part of.

Path of Exile is dark and addictive online action RPG set in the fantasy world of Wraeclast.

It has everything you want out of a dark fantasy RPG: lots of loot, gore, horror, darkness, and is an entirely different experience from what you've seen so far.

The community is also really friendly and serious at the same time, and they are always willing to help out all newbies.

What also keeps the game interesting is that it's updated regularly and there are always new expansions added, that keep you hooked. The most unbelievable part is the fact that a game that's definitely one of the most played and most popular games on steam is free to play, and available to everyone who wants to play it.

If you're not familiar with the game, here's a quick intro. You are an Exile, struggling to stay alive while you're trying to get your life back and get your revenge against those who got you to this point.

The game has a very simple combat system and there's always something new to learn or do that will keep you engaged for hours on end.

PlanetSide 2 is a massive scale FPS where soldiers engage in strategic and targeted missions in a planetary war.

You can select one of the three available empires and one of the six available classes and match your soldier to your game-play style, or the needs of your squad.

The game is available for free on PC and PS4.

Before you start playing you might want to take a deep breath, as it might be a lot to handle in the beginning. You can expect to die a lot, and get destroyed on the battlefield. There are a lot of experienced players, who have been playing the game for years, and luckily most of them are very helpful and communicative so they will most definitely help guide you through the whole process.

Dirty Bomb might be one of the most difficult free games on steam. It's really hard to master and is full of really intense missions set in a highly competitive environment.

You need to be cooperative and a team player in order to either restore peace in London or blow it up for profit. 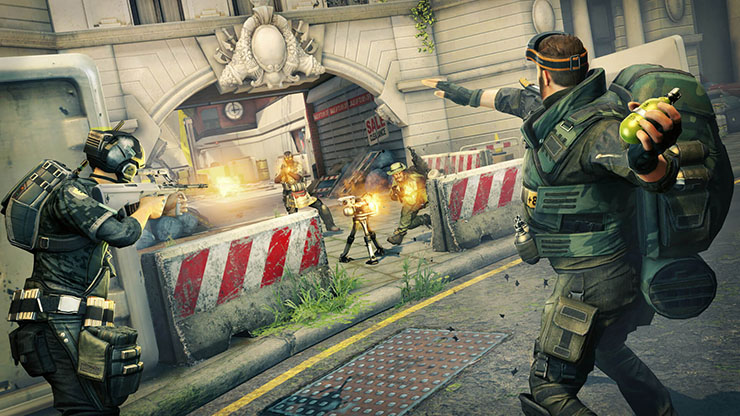 The game is constantly updated with new features, maps and much more. It has quite a close community that you can learn from, socialize with and play till dawn.

Dirty bomb is fast paced and really enjoyable and addictive, although it does have some occasional bugs that need to be taken care of. It doesn't have a huge player base, but you shouldn't have any problems finding a team to play with.