Published in Entertainment on 10th July, 2018

We all live in a stressful time; we're overworked, tired and desperately need to relax and have a good laugh.

The first thing I do when I log into my Netflix account after a busy day is click on their comedy section. I can usually find a light movie to watch or a new series with some of my favorite actors, but often times I just end up scrolling for half an hour and reading reviews, before I can finally find a good comedy to watch. 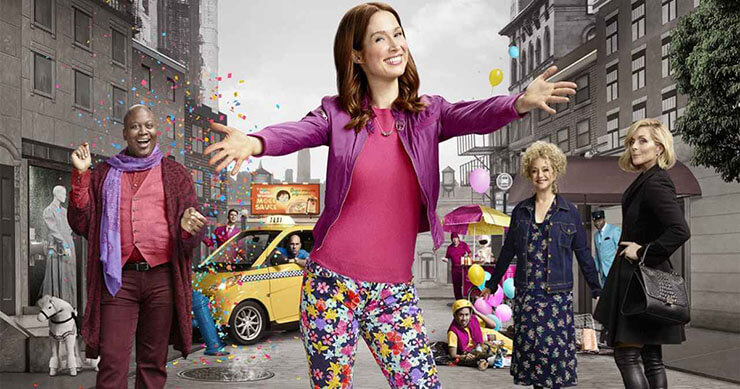 In order to save you time, I've made a list of some of the best comedies available now on Netflix, including some of my favorites!

When browsing the comedy section on Netflix, you'll stumble upon a lot of different types of comedies. You'll find a lot of stand-ups, dark comedies, romantic, light, observational, surreal, and even improvisational comedies.

Each type of comedy has its own characteristic which is why it's difficult to compare them. Sometimes you might be in the mood for something deeper and cerebral, while other times you'll just want to see people getting themselves in the most messed up situations possible which will make your problems seem dull and insignificant.

While there are tons of awesome comedies on Netflix, both in the series and the movie sections, you do have to do some digging before you find the really good ones. Your other, more convenient option would be to just scroll through my selection of top 15 Netflix comedies and I'm sure you'll find at least one title you'll enjoy.

Forgetting Sarah Marshall was released 10 years ago, but it still finds its place on the top 10 comedy lists.

Jason Segel plays a heartbroken and pathetic guy that gets broken up with in the first 5 minutes of the movie. In the beginning, he's dating Sarah Marshall, a famous actress who immediately after their breakup starts dating a famous rocker, played by Russell Brand.

Devastated by the break up, Peter (Jason Segel) decides to go to Hawaii to clear his head, and take a break from work and everything that reminds him of Sarah.

The minute he arrives, he notices Sarah and her new boyfriend checking in at the same hotel, and things start to go downhill from then on.

I Love You, Man

I Love You, Man is a movie about a man who doesn't have any close male friends, but needs to find a best man for his wedding. Peter (Paul Rudd) asks his gay brother for advice on how to behave with men, and tips on how to find some new male friends. He befriends a few new guys, who aren't a great fit for him, until finally, as soon as he wants to give up, meets Sydney Fife, played by Jason Segel. They become friends instantaneously, and they seem to really click.

Peter's fiancee, Zooey is suspicious of Sydney after he gives an awkward toast at their engagement party, which puts a huge strain on the couples' relationship, and makes things a bit more complicated.

Here's another hilarious Paul Rudd movie with a pretty original and funny story. This time is Steve Carell and Zach Galifianakis who make the movie a comedy hit, and will make you laugh with tears. Zach Galifianakis even won the Comedy Award for "Best Comedy Actor - Film" for this role.

Paul Rudd plays a financial analyst at an equity firm, and after he impresses his boss with a genius proposal that will bring the firm a wealthy new client, he gets invited to dinner at his boss's house. There is one twist, however; in order to come, he has to bring an "idiot" for people to make fun of in a game they play, known as "dinner for winners", which is more of a "dinner for idiots".

He hesitates whether or not he should go, until he meets an eccentric taxidermist Barry Speck (Steve Carell) and thinks that he would be a great guest to bring to the party.

The movie received tons of positive reviews, especially for its dark and dirty humor, voice acting, design and screenplay. It became a huge success and even topped the highest grossing animated movie of all time, which till then was South Park: Bigger, Longer & Uncut.

The movie is about a sausage named Frank, and a few of his friends, who try to discover the meaning of their life and find out whether or not the humans are really Gods who take them to a better place once they buy them at the supermarket, as it was originally believed.

The Truman Show is about a guy named Truman Burbank, played by Jim Carrey who was adopted by a corporation and raised behind camera to star in his own reality show 24/7, without his knowledge.

The movie follows his everyday life, his work and his friends and family, but takes an unexpected turn when Truman starts to suspect that something isn't right in his life.

Meet the Parents is the first movie of the Fockers trilogy. The movie is about Greg Focker (Ben Stiller) who meets his girlfriend's parents played by Robert De Niro and Blythe Danner.

As soon as he meets her father, he starts to feel a bit unwanted and threatened. Jack (Robert De Niro) starts to criticize him immediately, particularly about his career as a male nurse, and pretty much anything else he finds to be unacceptable.

He becomes even more nervous when Jack makes him take a lie detector test, and he later on finds out that his fiancee's father is actually a retired CIA officer.

Fun with Dick and Jane

Fun with Dick and Jane follows a rich couple who lose all their money and possessions, after Jane (Tea Leoni) quits her job, and Dick (Jim Carrey) loses his at the very same day.

They tried playing by the rules and doing everything the right way, but after nothing worked, they had to resort to crime to get their money back, and keep their house.

Wet Hot American Summer is a satirical comedy that spoofs comedies aimed at teenage audiences. Although the movie was not well received at first, its popularity somehow managed to grow during the years, and has now become a cult classic.

This lead to the release of an 8-episode prequel to the movie, as well as a sequel, that gets the gang together 10 years after their camp days.

The original movie is set on the last day of camp, just before the end of summer, featuring a lot of mishaps, love triangles, a few struggles and lots of fun.

As the title implies, the movie is about a 40 year old man who's never been with a woman before, and follows his journey to get a date, and lose his virginity. His buddies decide to help him out by teaching him how to interact with women, what to say, do, and how to dress.

In the meantime he meets a single mother who makes him feel nervous and happy at the same time, which builds up the pressure even more.

There are a lot of amazing binge-worthy series on Netflix that will crack you up and lift your spirits, which is why it was pretty tough for me to select the best ones.

I tried to focus on new series, and give them a chance to shine, although if you're looking for something different you can always watch an oldie but a goodie, like Friends, That 70s Show, or The Office.

The Good Place is a very original and uplifting series that will keep you on your feet the whole time. The first 5 minutes of the show will be enough to get you hooked and make you wish there were more than two seasons out. Although you will have to wait for season three till September, I'd go ahead and binge watch the first two seasons right now, if I were you. Believe me, you won't be disappointed.

If you haven't heard of it so far, here's what The Good Place is about.

Eleanor Shellstrop (Kristen Bell) wakes up in the afterlife, and finds out that she is dead and that she was sent to the good place. She is praised for her good deeds and humanitarian behavior, but she soon realizes that she's been mistaken with another person and sent there by mistake.

Once she finds out what the bad place is like, she decides to keep the act and behave as though she belongs with all those people, while trying her best to become a better person and improve her behavior.

Andy Samberg plays Jake Peralta, a childish yet very talented detective from the 99th Precinct in Brooklyn, who gets in conflicts with his newly appointed chief that's not very fond of Jake's methods and principles.

The series was just renewed for season six, after it took fans on a rollercoaster of emotions when Fox cancelled the show, and another network picked it up the next day. The show was picked back up again by NBC, right after fans outpoured their grief and anger on social media.

All of this happened in a very compressed amount of time, but it did play out well in the end, as NBC's chairman decided to pick up the show for its sixth season.

From the executive producer of Friends (Marta Kaufman) comes a wonderfully funny, inspirational and encouraging sit-com about two unlikely friends, whose husbands decide to leave them after a 40-year-old marriage in order to get married to each other. This leaves Grace (Jane Fonda) and Frankie (Lily Tomlin) to navigate the harsh waters of single life in their seventies, including dating, growing closer together, becoming best friends, and sharing a lot of mishaps along the way.

Good Girls is a fresh crime comedy that premiered on Netflix on the 4th of July and became really popular right away.

The series concentrates on the lives of three suburban moms who find themselves in a very dicey situation and have to resort to crime in order to make ends meet.

They have to put everything on the line once a supermarket robbery ends up evolving into something more than they can handle, or can't they? That's what we've yet to find out.

Master of None is a charming, warm and funny comedy-drama that follows the life of a thirty-something actor and his professional, emotional and romantic journeys.

The series was very well received, and has gotten a lot of praise and awards, including three Emmy Awards and a Golden Globe.

Unbreakable Kimmy Schmidt is a sitcom created by Tina Fey that premiered in 2015, and is now during its fourth season.

The series has so far earned 16 Emmy Award nominations, and has become a cultural hit and one of the most acclaimed comedy series of the last few years.

The show follows Kimmy Schmidt (Ellie Kemper) as a woman who gets released from a doomsday cult after 15 years of captivity. She was held in a bunker by Reverend Richard Wayne Gary Wayne (Jon Hamm), along with three other women.

The first season of the show focuses mainly on Kimmy's journey as she starts her new life in New York, finds a roommate and a job, and starts to get to know the real world in the 21st century.