Published in Entertainment on 11th July, 2018

Netflix has a nice selection of Anime series that are available to stream. They update their list regularly, and you can always find a new and interesting series to watch.

From crazy strong superheroes to teen romances, Netflix has it all.

There are two main drawbacks, however.

One: if you're a hardcore fan of anime, you've already seen many of these series before, and two: many of the available series are incomplete, and you will have to wait a while for a new season of the series you like to arrive. 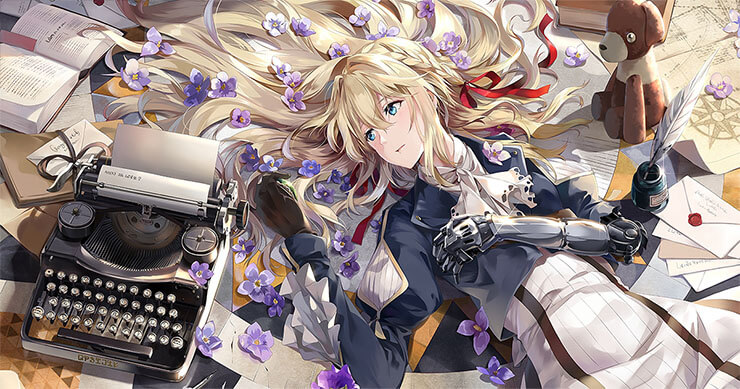 Still, Netflix does have a surprising amount of anime shows, and if you're new to anime, the collection that's available on Netflix will be more than enough to immerse yourself in the world of anime. This guide will help you narrow down the best title available, so that you don't get too overwhelmed by the number of anime series on Netflix, and not know where to begin.

Most of these series can be watched with both English subtitling and dubbing, but I personally prefer using subtitles only, so that I can really experience the strong emotions the Japanese voice actors pour into these masterpieces.

Without further ado, here are some of the best anime series on Netflix, including some of my favorites as well.

Fullmetal Alchemist in an anime series that was adapted by the manga of the same name. It originally ran from 2003-2004, but it's still popular even today. 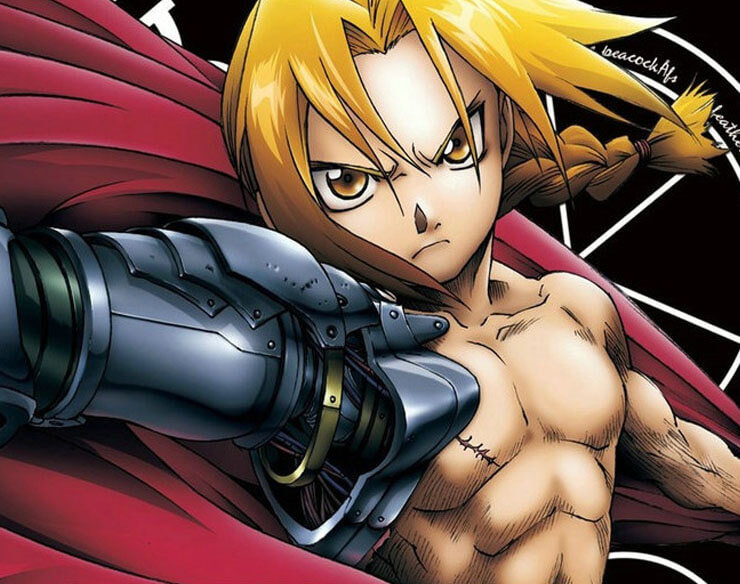 The series follows the adventures of two brothers who are on a quest to find the Philosopher's Stone, which will help them get their bodies back. They sacrificed parts of themselves when they tried to bring their mother back to life, which is a terrible price they had to pay for attempting the one forbidden act of alchemy.

The series didn't follow the manga that closely, however. It took its own original turn and had a different ending than the manga.

As I already mentioned, the first Fullmetal Alchemist series strayed from the manga a little bit. That's why the second anime series that was released 5 years later was much more closely adapted to the manga, and stuck to the original source material.

They are now searching for the Philosopher's Stone, which will help them get their bodies back to their original state.

Edward, who previously loses his left leg, has to sacrifice his arm as well, in order to manage to attach his brother's soul to a metal body, making him the Fullmetal Alchemist.

Attack On Titan is a very original, engaging and suspenseful anime series that will keep you on the edge of your seat during each episode.

The series has a deep and engaging story, and awesome characters that you can't help but fall in love with.

Everything in the series is executed wonderfully, starting from music, adaptation, animation, plot, characters and everything else.

For those of you who are not familiar with its plot, Attack On Titan follows the story of Eren, and his adopted sister Mikasa, who along with their childhood friend, engage in the brutal war against monstrous humanoid creatures called titans, and try to defeat them before they breach the wall and tear down the last defenses.

One Punch Man is an action-comedy anime that follows the life of Saitama, a young man who has quite a unique hobby, which is being a hero.

He spent a lot of years preparing, and even lost all of his hair in the process, but now that he's finally as powerful as he dreamt of being, he has become bored. That's because all that it takes for him to defeat an opponent is one punch, which has taken all the fun out of fighting for him.

Things change once he meets, a cyborg by the name of Genos, who sees Satima's potential and wants to be his disciple.

Death Note has quite a unique and intriguing story that compels you to continue watching.

Here's what I'm talking about when I say it's unique and compelling:

The story begins with a notebook that drops down from the sky to a boy who soon realizes that whatever name he writes down in it, the person he imagines will die in whichever way he states in the book. This makes viewers question justice and morals, as Light Yagami, a high school student who stumbles upon the Death Note, starts experimenting with it and targeting criminals. The series follows his adventures as he decides to take things into his own hands. It's up to you to decide whether you'll see him as a god, or a serial killer.

Violet Evergarden is a young girl who was born and raised to decimate enemy's lined, but after the war finally ended, she had to go back to a normal life.

The only thing is she has no idea what she's supposed to do now. She has to find a way to reintegrate herself back into society, and discover what she is if she's not a soldier.

She gets a job at CH Postal Services, where she begins working as an Auto Memory Doll, a person who transcribes people's feelings and thoughts into words, where she learns a lot about the world and herself.

Sword Art Online takes place in 2022 and focuses on protagonist Kazuto "Kirito" Kirigaya and Asuna Yuuki as they enter the virtual reality world of a MMORPG game, known as Sword Art Online.

There are a few players that get their hands on the game as soon as it arrives. They join thousands of other players in the virtual world of Aincrad, and are fascinated by the mediaeval weapons and the horrifying monsters they find there.

The scariest thing in the whole situation is that they have no way of logging out. This means that the game creator has trapped them in the game until they successfully complete all 100 levels of the game.

Dying in Sword Art Online, means dying in real life too, which is why they need to cooperate with one another, find allies and look for a way to escape the cruel world of Aincrad.

The Seven Deadly Sins is a Netflix original that falls under a few genres: action, adventure, magic, supernatural, ecchi, fantasy and shounen.

Although the most popular form of manga is shounen manga, the genre is a bit tricky. Shounen usually has a lot of action, more male protagonists and a lot of humor. Sometimes, the plot can be a bit abandoned in order to make way for showcasing all of the powers, abilities, skills, and techniques of the hero, which is often times the case with The Seven Deadly Sins.

The series follows the adventures and mishaps of an unlikely team lead by the princess of Britannia. She goes looking for a group of deadly knights known as the "Seven Deadly Sins", in an attempt to protect the region of Britannia and its kingdoms, and take back her realm that was taken over by tyrants.

Psycho-Pass is a cyberpunk anime that takes place in 2113, in an authoritarian future dystopia. People are continuously scanned in order to determine their mental states and capabilities. This information is used to determine each person's probability of committing a crime. This rating that everyone has is known as a Psycho-Pass.

Those who fail these scans, are put down for harboring even the slightest ill-will. This process has made the Inspectors latent criminals, who are unaware of the flaws of this justice system.

The anime series follows a young school girl by the name of Ryuuko Matoi, as she goes on a quest to find her father's killer.

Her only lead is the other half of her father's invention, the Scissor Blade, which takes her to a high school like no other, where the whole story starts to unravel and she finally finds some leads as to who might be her father's killer.

Kill la Kill has a brilliant satire, a clever story, interesting plot and it really appeals to the emotions of the viewers which makes them keep coming back and demanding more.