Rumors have been flying about Google entering the video game market since 2014, when reports started coming in that the company had an interest in acquiring Twitch. The game streaming service looked like a perfect addition to YouTube, but it ultimately was bought out by Amazon, which shelled almost $1 billion for the acquisition.

Although Google missed an opportunity with Twitch, that didn't stop the company from maintaining an eye on the gaming space. YouTube is the world's most popular video streaming service and a large chunk of its content are game-related videos. Google has also taken the step of hiring Phil Harrison, an industry veteran who spent years as head of Sony's network of game studios, a high-ranking member of Microsoft's Xbox division as well as a chief executive at several game-related companies. 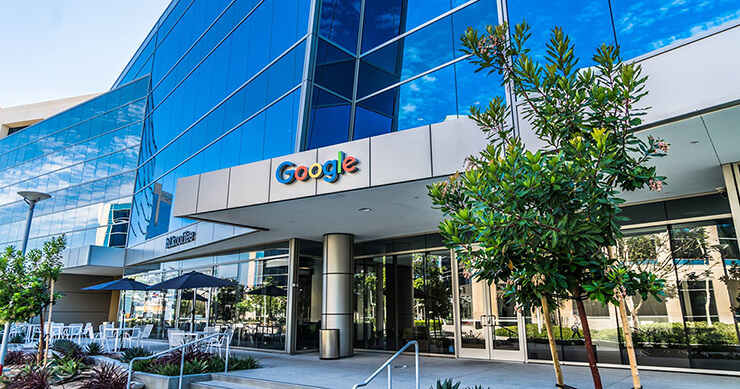 The story of Google entering video game market continued to smolder once The Information released info on Google's Yeti streaming service that could offer game streaming like Sony's PlayStation Now, allowing anyone with fast internet to enjoy a huge selection of games. Lastly, Kotaku reported that internet giant upped the ante in a recent couple of months, meeting with big-name published during GDC (Game Developers Conference) in March, and with developers during this year's E3. Some sources told that Google wants even to directly buy game studios, even to engineer its own video game console, which would be the first time for a big new player to enter console space ever since Microsoft entered the market with a band with the Xbox back in 2001.

Could Google enter video game market soon? Could the company offer a brand new console? Could that disrupt the big three of video game industry, Sony, Microsoft, and Nintendo? It depends, but Google would certainly create massive quakes if the company decided to become a new player in the video game console market.

Google's project Yeti is described as a video game streaming service that the company works on for at least a couple of years. The service should offer video game streaming inside the Chrome browser. You would simply open a new tab, start Yeti and start playing games. But many things about Yeti are unknown at the moment. For instance, it is not known whether Google would offer Yeti on more platforms instead of it being PC exclusive service. Would the company do something like Valve, and offer its streaming service to smartphones and tablets, maybe even smart TVs? But the bigger question is which games Yeti would offer?

Google probably tried to convince publishers to consider bringing their games to the platform during GDC meetings. This would mean that the company would offer way more than simple Android games with the Yeti, that we could get a new game streaming service capable of running both PC and console games, sans console exclusives.

Game streaming is the hot topic in video games market in 2018. Both Phil Spencer (head of Xbox) and Yves Guillemot (head of Ubisoft) talked about their companies' streaming services that could be launched in future. And while Spencer did mention that Xbox would still offer full-fledged consoles along with the streaming service, with it being more of a way to enjoy games on mobile devices and aimed at people who don't want to pay for a full, local console experience, years will pass before this kind of tech become widely available.

The U.S market - the largest video games market by far - is sadly falling behind when it comes to internet infrastructure. The FCC recently disintegrated Net Neutrality laws, giving ISPs freedom to throttle connections and to do what they please. Therefore the chances for a game streaming service rising in the U.S, at least in the foreseeable future, are probably close to zero. And it's worth noting that most of the rest of the world also wouldn't be able to enjoy game streaming at high quality, because we would need very speedy connections (we talk about 100mbps download and about 50mbps download speeds).

However, that's the lesser of two problems. The bigger problem is input lag, which is pronounced with all gaming services offered today. The input lag is present no matter the speed of your connection because it takes time for the info of you pressing a button to arrive at the server, and then for the server to register the press and to send the feedback back to you. In order for it to disappear, a company would have to offer servers in almost every country (or in every country that has a major video games market share) in order to reduce lag enough for it to become too low for an average human to notice. This could be fixed with some kind of AI service that would learn and act even before a user press a control, sending feedback right when the button is pressed. 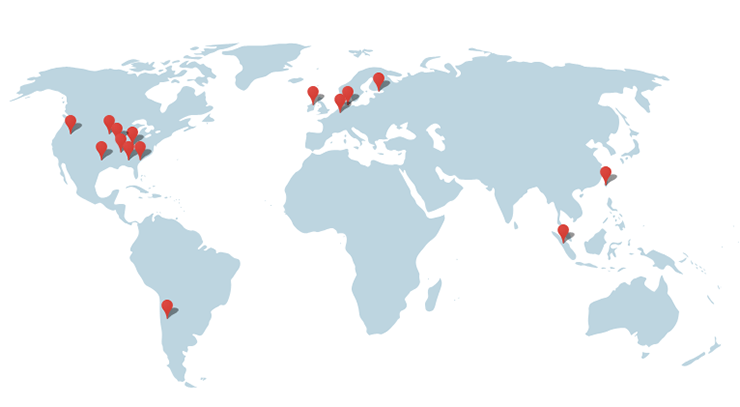 Since Google has data centers all over the world and since the company is at the head of AI research, input lag could be solved with AI or by opening many new data centers, but that would take years and we still have the problem of slow internet connections. Sure, Google Fiber, the company's high-speed internet service, is available in the U.S, but it is fairly limited with Google slowing down its expansion in recent years. And most users in the rural U.S have zero chances to gain access to Google Fiber since the service is exclusively aimed at cities and urban areas. Project Yeti has more than slim chances of succeeding, especially if Google plans to make the U.S its primary market. So, if Google truly wants to enter video games market, the company would have to offer a proper video game console.

The main obstacles for Google to tackle if the company decides to come up with their own console would be high R&D costs, as well as challenges tied to building infrastructure attached to a video game console. Google would have to sign lots of contracts with publishers in order to secure lots of launch titles, the most important thing to do when you want to launch a new console. In our worst video game console flops list the main reason for most consoles to fail was the lack of quality games. As for the under the hood software that's easy; Google could simply develop a modified version of Android or Chrome OS to run its potential console.

Also, rumors circling about Google trying to buy game developer studios could mean the company is trying to build a healthy foundation for the future launch of its console. If a new console wants to find success it has to offer quality exclusives on top of a large number of quality multiplatform titles, but Google probably knows that. 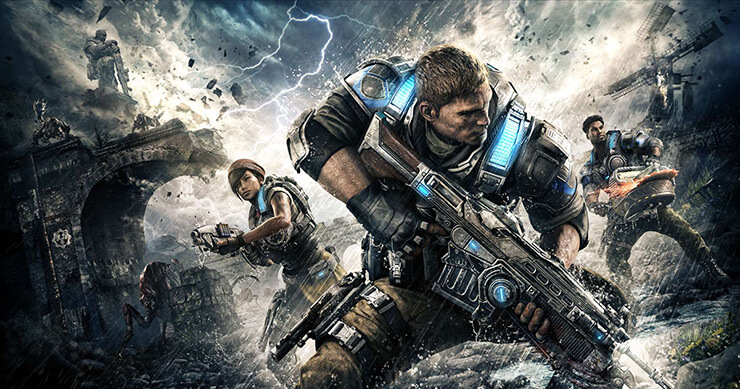 Next, we have the question of whether Google would offer a classic set-top-box in the vein of the Xbox and PlayStation, or would it come up with something similar to the Nintendo Switch? In case the company decides to come up with a classic home console then they would have to procure hardware from AMD because both future Xbox and PlayStation will most certainly feature AMD hardware. Going with other manufacturers would drive developers off because it would be harder to port games. In today's gaming market where developing games becomes longer and more expensive with passing each year, so Google would have to go with the flow and pick AMD. And that could be a problem because AMD maybe couldn't offer enough CPUs and GPUs to fulfill demand from Sony, Microsoft, and Google. And since the company already has contracts with Sony and Microsoft, Google would have a hard time to ink a deal with AMD.

Since Google is a mobile first, second, and third company we wouldn't be surprised for them to offer a home and handheld console hybrid, which would be a right move and would certainly give them an upper edge against Sony and Microsoft. More and more people want a unified home and handheld experience and huge popularity of the Switch confirms that. Since Switch runs on the Nvidia ARM-based Tegra X1 SoC, Google could implement a similar ARM-based chip (like the upcoming Snapdragon 1000 made for laptops or maybe even more potent future Snapdragon chip prepared for 2019) on its own potential console, easing up developers and giving them a simple way to port games and giving users another console capable of playing games both on a large TV screen and on the go. In order for Google to disrupt video game console market, it would have to offer a full-fledged console, on top of its game streaming platform. But, we might not see this one come to fruition at all.

The big question is whether Google is ready to risk it all? Entering video game console market is very expensive and risky. If they really are ready to tackle this $109 billion market, we should start getting new info soon. 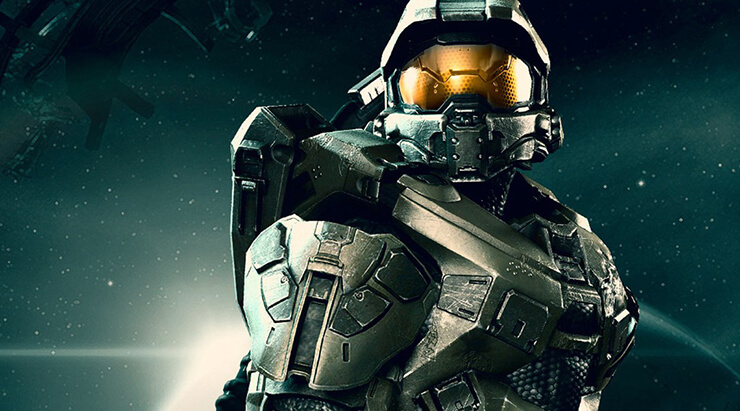 Fortunately Google is one of the largest and most technically capable companies in the world, so such a feat is certainly something they are capable of. If they intend to disrupt the market, the perfect time to enter it would be the same time that Microsoft and Sony launch their new consoles. We expect that to happen either in late 2020 or early 2021. Maybe we will have a choice between four consoles in less than three years. After all, competition is what drives any industry forward - so we very much hope Google do come up with an exciting new console!