Off-Grid Living: What Is It And Why Should You Be Getting Involved?

You may have heard the phrase "off-grid living' buzzing around lately, especially if you run in hippie circles, but what does it actually mean to live "off the grid" and why are people getting so excited about it?

What Does It Mean To Be Off-Grid?

Off-the-grid is a lifestyle that promotes living without dependence on the "grid". "The grid" refers to the remote infrastructure that supports the majority of people living in most countries. It supplies us with all of our electricity, water, gas, takes away our sewage and disposes of it safely. Essentially, living off-grid is cutting off your dependence on these utilities and becoming self-sufficient, so you take care of all your major needs. To some people this seems ridiculous, why would we ignore the opportunity to have all our major needs such as power, water and waste disposal taken care of for us? For others, it means complete freedom and independence, both in their lifestyle and in their finances. Off-grid living certainly isn't for everyone, but it's worth looking into. Even if you don't decide to sever your entire life from the mainstream grid system, you might find that you can save money by becoming more self-sufficient in some areas. 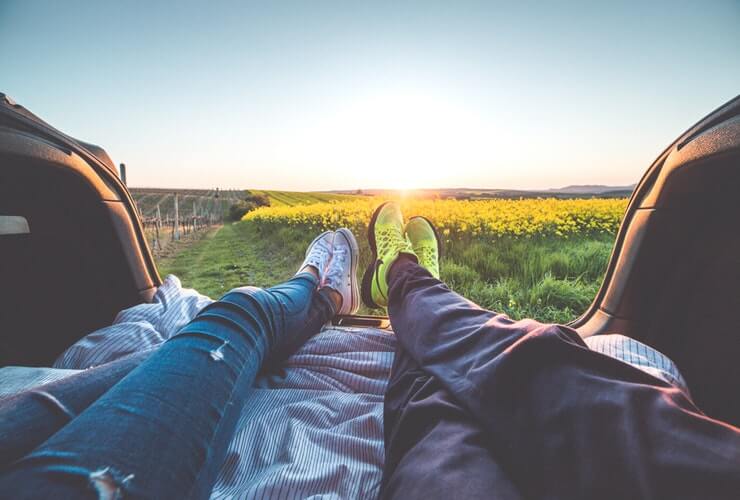 The Practicalities Of Off-Grid Living

So how do you actually manage to live off-grid? It's not necessarily going to be an easy, nor cheap process, but with a little research it can definitely be done. There are four major areas to look at when figuring out how to live off grid and these are: Power, Water, Temperature and Sewage. Let's break them down:

Power: The most common way of generating electricity when living off-grid is through solar panels. While they are an expensive investment at first, they'll end up saving you thousands in energy bills throughout the course of their life. Essentially, they work by harvesting the energy of the sun and converting it into electricity. Other common ways to generate electricity include wind turbines (that convert wind power into electricity) and hydroelectric power (which converts the power of running water into electricity). Both of these options may be more suitable for anyone who lives in a less sunny climate. 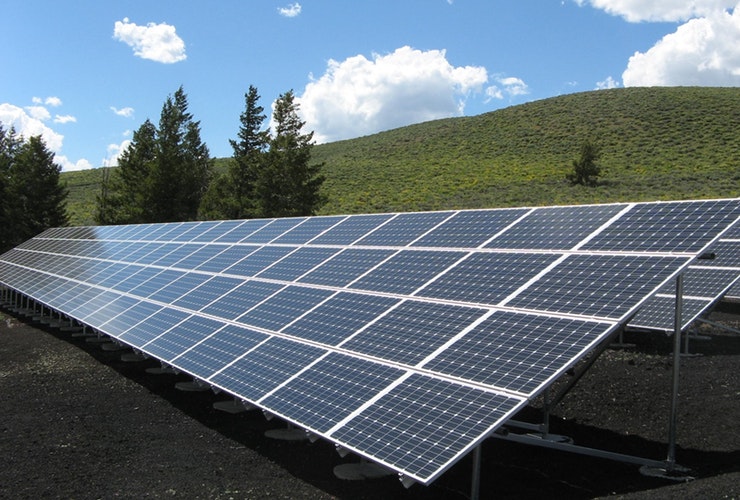 Water: The most common way to get water without tapping into the mains water supply is through rainwater. Rain is a surprisingly under-utilized resource, and many people who live off-grid find that they can comfortable gather enough water for their needs using just the local rainfall. If you don't think rainwater could be an option however, placing your off-grid home near a water source such as stream could be another option.

Temperature: How do you regulate the temperature within your off-grid home? This can get a little complicated, as it really depends on what type of home you live in. Tiny homes will often have regular heating and air-con installed, whereas homes like yurts and tents use thick insulation, wood burners and proper insulation to regulate temperature. Large natural buildings such as Earthships will often use large wood-burners and complex ventilation systems to keep the indoor temperature regulated.

Sewage: You might be surprised at how much waste you use, in the US, the average person produces 370 liters of wastewater a day. That's an insane amount, and a good proportion of this comes from showers, toilets and washing. That's why one of the priorities when transitioning to off-grid living is to reduce the amount of sewage you produce. Compost toilets are a favorite in off-grid living communities. They take your toilet waste, and instead of flushing it with water, turn it into usable compost that can fertilize the soil and they're surprisingly odor-less!

Having read the above paragraph on what off-grid living is, you might be imagining a mud hut in the middle of nowhere, but in reality, there are a huge array of ways to live off-grid, and some of them you might not even be able to tell, until you look up close.

One of the most popular ways to live off-grid is through tiny house living. As the name suggests, tiny houses are small houses, usually on trailers, that spend most of their time stationary, but can be moved around if needed. In many ways, they look just like normal houses, with bedrooms, living rooms, a kitchen, windows and tiled roofs. What makes them so cool is that not only are they fully customizable, but most of them also have the capability to be completely off-grid. Other forms of tiny house living include Yurts, Belle Tents and houseboats. 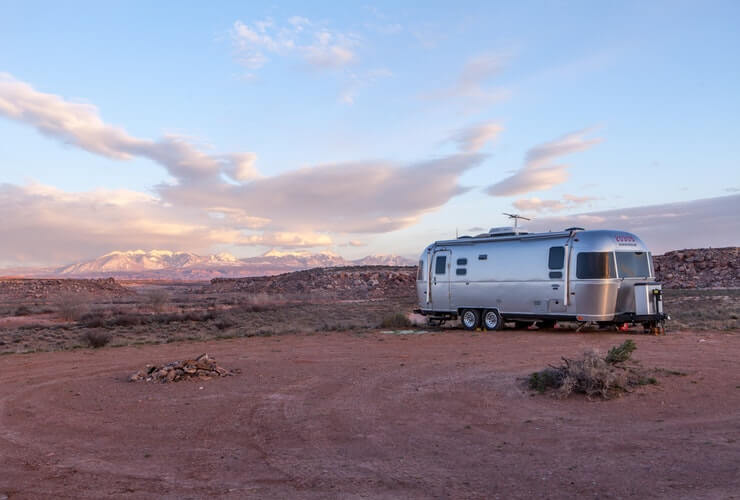 Living in a van is another popular and relatively cheap way off living off the grid. There has been a huge boom in recent years of people buying old vans and then renovating them to become fully livable. This is often a great choice for digital nomads looking to work and travel, without having to fork out for accommodation

Other, more permanent types of off-grid living are structures such as Earthships, or other types of homes that are built using natural building techniques. These homes are designed to be built using natural materials found in the local area, and take advantage of these materials to heat and cool the house without needing to pay for heating or air conditioning. With the addition of solar panels and rain collection techniques, these houses are fully-livable family homes that are completely off-grid, but you probably wouldn't know it.

So Why Are People Choosing To Live Off-Grid?

Off-grid living can take a lot of time and effort, especially in the beginning, so why are so many people flocking towards this lifestyle? One of the main motivations that people cite as their reason for going off-grid was to escape the "rent trap" and save money. Everyday, rent and house prices in cities and suburbia go up and up worldwide, but wages aren't rising to compensate. People are struggling to pay the bills, and so, many are going without heating or water for periods of time. Many off-griders report that they found working 40+ hours a week just so they could pay their rent for a building that they don't spend much time exhausting and eventually pointless. Becoming self-sufficient means that in the long-run, you don't have to work so hard to get enough money to survive, mother nature is providing for you. The opportunity to own a home and not have to pay bills is really appealing to many people, especially millennials that are struggling to get a mortgage. 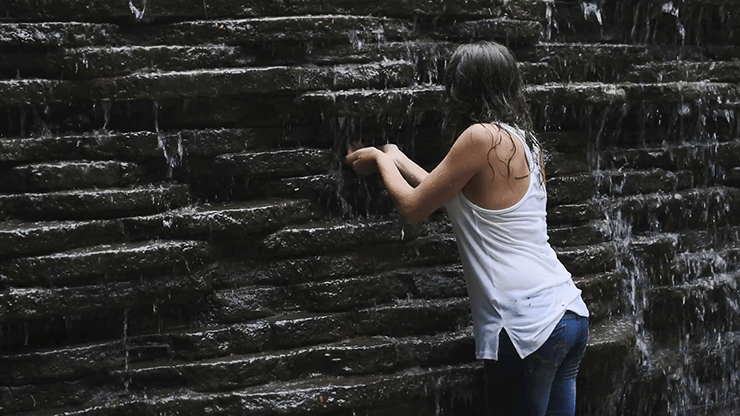 Another big reason why people are choosing to go off-grid is to regain a connection to nature and lower their impact on the environment. Studies have shown that spending more time in and connecting to nature can drastically improve mental health, and what better way to do that than to live solely off what mother nature provides for you? The modern-day grid system is also incredibly wasteful and harmful to the environment. The power it provides comes mostly from power plants that burn fossil fuels, contributing to climate change and the destruction of ecosystems. Sewage systems waste billions of gallons of water every day and pollute the water we and other creatures need to survive. By cutting off our dependence on the grid, we can start to live in a way that doesn't have such a harsh impact on the environment, which can really start to make a difference.

How To Start Living Off-Grid

There are so many different ways to live off-grid that you could fill a whole library, so if you're interested in beginning an off-grid lifestyle, doing online research and picking up some books on the topic is the best way to start. However, there are some basic obstacles that nearly every off-grider has to overcome to begin with, the first one being where on earth you are going to live. Most people that live off-grid either buy their own land or live on it in exchange for something else. Buying land is by far the more preferred option because it gives you a permanent and stable place to set up your home, but it's just not available to everybody. That's why many people who live in non-permanent set-ups choose to rent land or "borrow" it in exchange for a service. Lot's of off-grid nomads have found that they can live on other people's land in exchange for cultivating the land and growing food on it (often called a "farm share"). 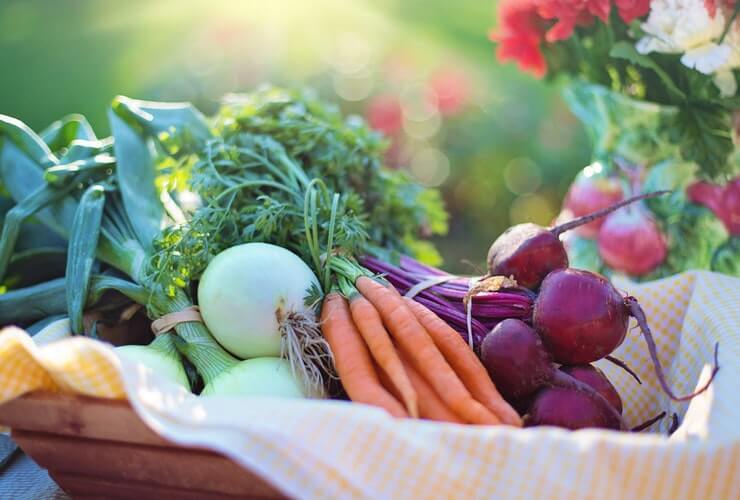 The next step is to figure out what kind of home you want to live in. To start off with, you might not have the money to build your own off-grid home, so a more portable and cheaper solution might be best. Yurts, tiny homes and vans are all relatively inexpensive beginner options. However, if you want to go really cheap, you could even buy yourself a sturdy tent and pitch up wherever you find someone who'll let you live on their land.

Weighing Up The Pro's and Con's of Off-Grid Living

All this information can be a little overwhelming, so to break it down, here's a list of the main pro's and con's of off-grid living.

In the words of Ron Perlman "Living off the grid and being kind of an outlaw brings a dangerous reality". Off-grid living is so far away from our mainstream daily living that it brings about it's own adventure, that's just as scary as it is exciting. You don't have to tear yourself away from society completely to live more sustainably, but if learning about off-grid living resonates with your ideals, it's worth giving it a go (even if it's just a weekend camping trip).