28 Months Later: When Will The Sequel Be Released?

Published in Entertainment and Viral on 23rd July, 2018

28 Days Later and its sequel, 28 Weeks Later is one of the rarest things in the current landscape of moviemaking. Unlike most successful horror franchises, which the 28 series can certainly count itself as, the franchise has stopped with only two films in the series thus far. With the first film released in 2002, and the second released in 2007, both of which made a huge profit next to very limited budgets, it would make sense for the creative team behind the films to make film after film in this universe much like smaller horror franchises like The Conjuring universe, The Purge series, and the countless found footage films that Paranormal Activity helped break through a year after 28 Weeks Later was released.

Why Hasn't a Sequel Been Released Yet?

So, why no sequel? Why, after eleven years since the last film, has 28 Months Later never materialized. There are a few reasons that franchises can be stopped in their tracks: bad box office returns (which is the most important reason for Hollywood), bad reviews from critics and fans, or maybe there isn't a creative way of continuing this story that the creators are happy with. Honestly, none of these reasons makes sense in the context of these films. 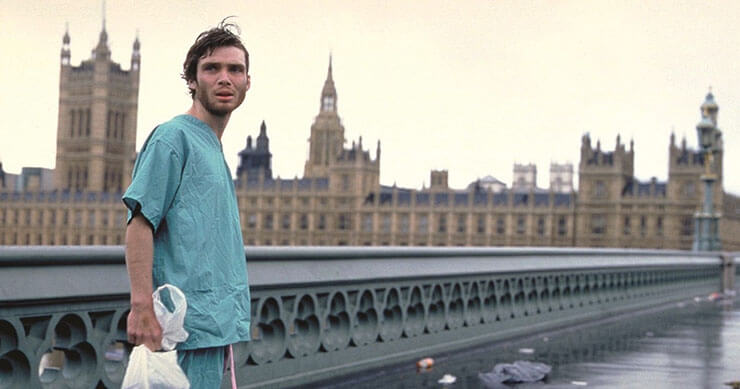 The first film, which was directed by Danny Boyle (Trainspotting, Slumdog Millionaire) and written by Alex Garland (who wrote and directed Ex Machina and Annihilation), is held up as a classic of he horror genre; and it isn't hard to see why. The film is famous for its ragged look, Boyle wanted to make a horror movie relatively cheaply, its pacing, performances, and the fact that it's really, really scary. Horror novelist Stephen King loved the film so much that he basically became a one-man hype machine which gained the film a cult status across the pond. On a miniscule budget of $8 million, the film grossed $85 million worldwide.

Then there was 28 Weeks Later, released in 2007 with a different director in Juan Carlos Fresnadillo, who co-wrote the script alongside Rowan Joffe, E. L. Lavigne, and Jesus Olmo. The sequel has a bigger scope with the outbreak seemingly under control and about to be eradicated. 28 Weeks Later is a darker and grimmer film than its predecessor, I didn't think that could be possible either, and it was only a little less profitable: grossing $65 million on a $15 million budget.

So, the box office returns for both films were more than respectable, both films were acclaimed by critics, though the sequel a little less so, and the end of 28 Weeks Later teases that the outbreak has spread from the United Kingdom to France, meaning there is a clear creative direction that 28 Months Later could take. So why, after eleven years, has this popular and acclaimed franchise been stuck on two films? To answer this question, it would make sense to go back in time a little to find out what was going on behind the scenes over the past decade to figure out why 28 Months Later has yet to materialize.

28 Months Later: What We Know

Our first hint comes from the now defunct production company, Fox Atomic, who helped produce 28 Weeks Later. The company stated in June of 2007 that they would consider producing a third film in the franchise if the DVD sales did well. This makes sense as the franchise has benefited from home video sales as much as box office gross. The problem here is that, apart from 28 Week Later, Fox Atomic's releases were usually critically panned box office failures, which include the likes of The Comebacks, Miss March (which has a horrendous score of 6% on Rotten Tomatoes), and I Love You, Beth Cooper, leading to the company shutting down in 2009. 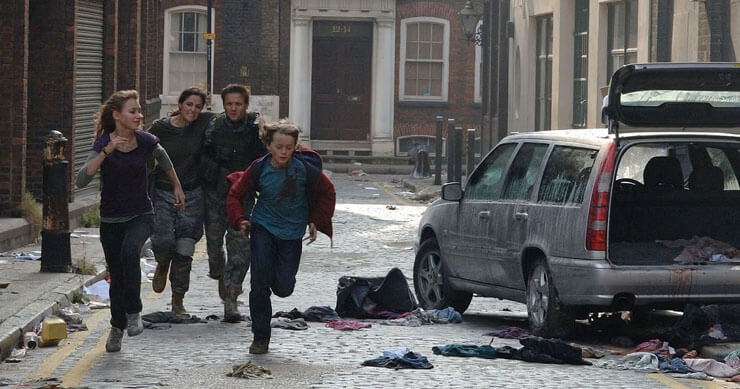 A month later, when the first film's director Danny Boyle was promoting his next collaboration with Garland: the science fiction film Sunshine, he seemed less than keen to continue the franchise, Telling MTV:

"I'm not particularly keen on franchises. I find it really depressing that they're so successful. It used to be, when I started, that a sequel would only make 60 percent of what the original movie did. Now, of course, the sequels are much more successful than the originals. I'm more interested in doing originals. If you can come up with good enough ideas, people will come and see original films, rather than the rehash, you know? Rather than the sequel."

In the eleven years since that comment, Boyle has stayed true to his word by making exclusively original films, like Slumdog Millionaire (which won him the Academy Award for Best Director, and Best Picture), the cerebral art thriller Trance, though he will be helming the next James Bond film; which is a sequel but not to any of his own films. Boyle also stated in 2013 that he did have an idea for 28 Months Later but was shy about the details and joking that the plot may end up in The Walking Dead. Garland is the latest person to reference whether there will be a third film or not when he spoke to ING while promoting his directorial debut, Ex Machina, in 2015:

"We've just started talking about it seriously" he explained. "We've got an idea. Danny [Boyle] and [producer] Andrew [Macdonald] and I have been having quite serious conversations about it, so it is a possibility. It's complicated. There's a whole bunch of reasons why it's complicated, which are boring so I won't go into, but there's a possibility."

"It's more likely to be 28 Months than 28 Years" he revealed. "28 Years gives you one more place to go. 28 Decades is probably taking the piss."

That reference Boyle made to The Walking Dead may be another hint at why there is still no 28 Months Later. The fact is, the modern zombie movie craze (I know, they're infected but it's basically a zombie film) that 28 Days Later helped kick-start, has mostly died out with only The Walking Dead lumbering along. The sequel to World War Z has still to materialize, and there haven't been any zombie films that have gained a huge audience for a few years now, even though there are still excellent films like The Girl with All the Gifts flying that undead flag.

With no news on whether 28 Months Later will ever happen it's still fun to theorize about what the film would be like. 28 Days Later was the film that set up the rules of the franchise: with the plague and the methods of infection, and the horrifying speed of these zombie-like monsters. It also played with themes of the monstrosity of humans with the Christopher Eccleston-led army troops going primitive in terms of sexual politics and gender-roles. The main theme of the film was that of family, its destruction, and its creation with Cillian Murphy's Jim, Naomie Harris's Selena, and Hannah creating a surrogate family once they have escaped from the infected and the soldiers. 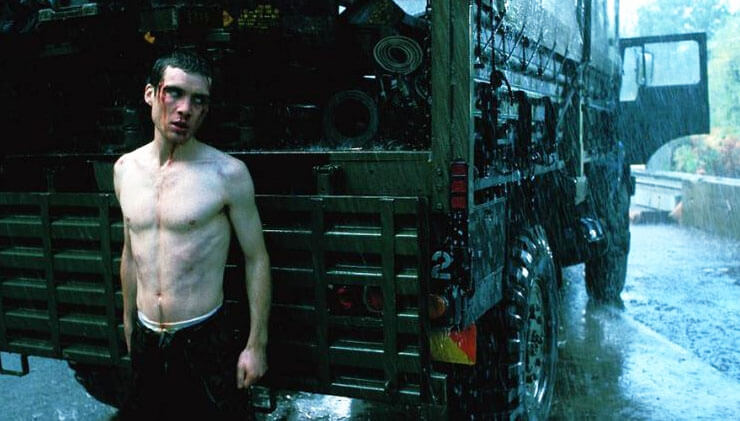 28 Weeks Later is about tearing the family unit apart, making it the grimmer of the two films by far. The cowardice of Robert Carlyle's Don, who runs away rather than save his wife, becomes the catalyst for the death and destruction that follows. This theme of toxic relations can also be used to symbolize the American military presence in London, with its safe zones, it's friendly fire that only escalates the problem, and the brutal solution of bombing the infected and innocent alike. Then there's the tease at the end of the film with the infected sprinting through Paris.

Thanks to this tease, 28 Months Later has a simple entry point. Each film up till now has been about the destruction of authority through the escalation of the virus. The fact that it, despite the efforts of NATO in the second film, has spread from the UK into Europe promises a bigger story and room for even bigger spectacle. The obvious wish is for Boyle to return to the franchise after Bond 25, hopefully with the idea of doing things his own way after the condensed control that even the biggest directors have on modern Bond films. If not, then Alex Garland is always a possibility as he is two for two for thoughtful sci-fi horrors, even if he has stated in the past that he would only come back to the series as an executive producer.

The fact remains is that, even after eleven years, there is still an audience for this film. Twenty Eight Months Later, if it's done with the same care and commitment to entertain and discomfort, and stays within the lo-fi confines of the previous movies' style, will attract a big audience.