Published in Entertainment on 24th July, 2018

If you're a diehard fan of FOX's The Walking Dead you probably know a lot of interesting facts about the series. That's why I won't bother sharing facts I'm sure will be old news to you. We all know by now that in the series, Walkers outnumber humans 5000:1; we all know that Rick, Daryl and Andrea have the most kills, but what are some of the shows deepest secrets that you might not have heard of? 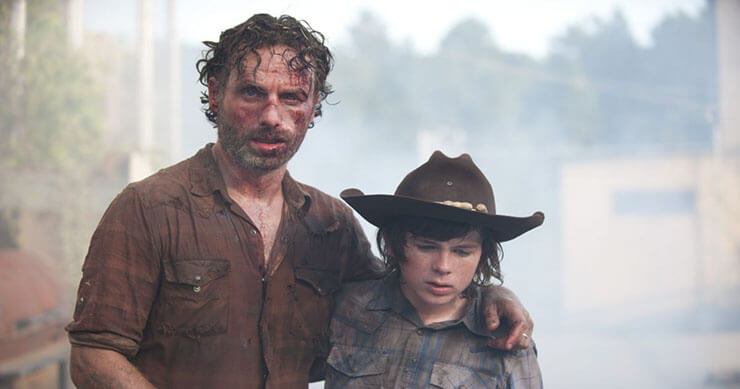 Here are 20 things only a superfan will know.

1. The 13th episode of season 2 was shot on a really cold night and it had to be digitally edited so that the walkers don't have vapor coming out of their mouths.

2. In season 1 when they film Merle Dixon's roof top shooting scene, some people though he was a sniper, called the police and an actual SWAT team arrived on the scene. Thankfully, no one got arrested and they continued filming.

3. The series sometimes uses their opening credits to foreshow things that will happen during that season. Some are pretty obvious like putting Steven Yeun's name next to a pocket watch which his character (Glenn) will receive during that season, but some are a bit more hidden. For example, you can see both Andrea and Lori's names listed next to bullet casings, both of who will succumb to gun shots during that season. 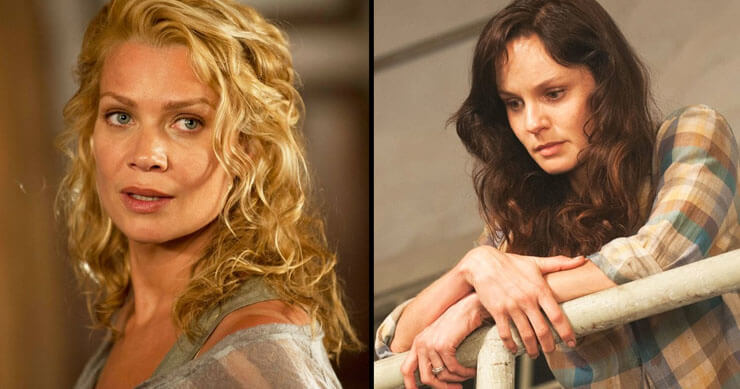 4. Norman Reedus (Daryl Dixon) and Tyler James Williams (Noah) were both bitten by fans of the show. Norman Reedus was bitten on the chest and Williams got bitten on his shoulder. He recalled his incident on an interview for TV Guide, where he talked about his encounter and expressed his shock to have a fan go in for a hug, but get a bite instead.

5. Jeffrey DeMunn (Dale) wasn't prematurely killed off the show in season 2, he quit in protest for his close friend and colleague getting fired mid-season. Fans were outrages, because their favorite zombie-slaying grandpa had to leave the show, but he soon answered his fans' questions about his departure by saying: "Frank is a good friend and I wasn't going to stand there while they screwed him over like that. He worked for five years to get that show on the air." Jeffrey DeMunn was praised by his fans for his loyalty to his close friend and colleague. 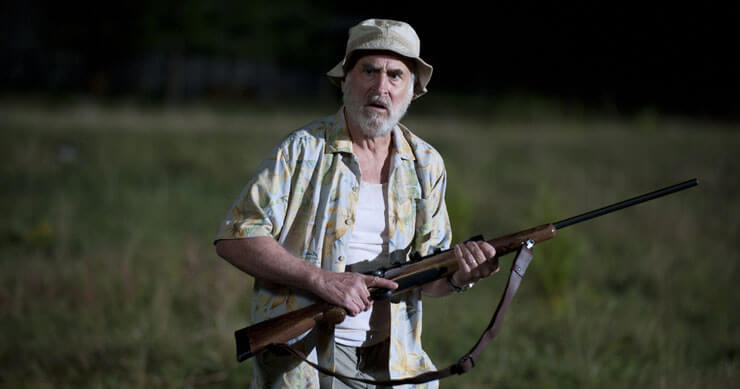 7. Extras aren't randomly cast. They need to have talent to be cast as a walker. They also have to go through what's known as Walker School, and learn how to walk like they're getting out of a bar drunk. The producers also look for particular features when casting extras, like a long neck, big eyes and a good bone structure. 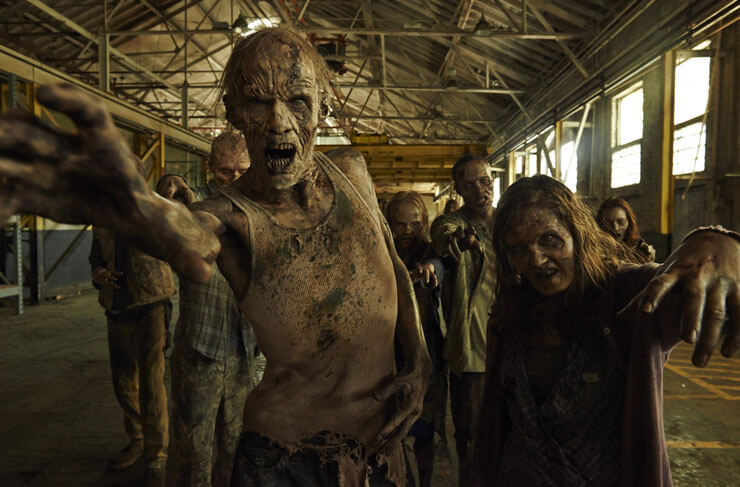 8. The guts that the walkers are eating aren't actually as gross as they seem. They are made from pieces of ham soaked in vinegar, which probably isn't particularly tasty but imagine how worse it could have been.

9. Season's 4 one-eyed dog Dooley actually lost his eye protecting his owner from a carjacker, which makes him a true hero IRL.

10. Although throughout the show we've seen our fair share of zombies, you might have noticed that the characters haven't used the word "zombie" even once. This was done on purpose, to illustrate the fact that the state in the world was something completely new to the people; they had never heard of the term zombies, so they naturally came up with terms of their own. Terms like: walkers, geeks, herd, lamebrains, rotters, biters and so on. 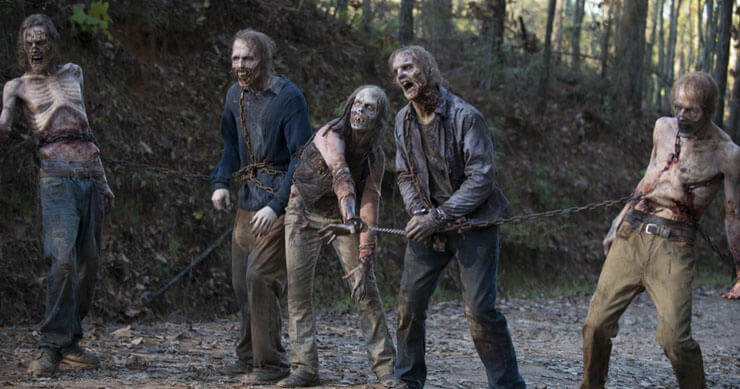 11. Over the course of the seasons, the Walkers become more and more deteriorated. They become grayer and more decomposed.

12. HBO's executives passed on the show, saying it was too violent. Khm... Game of Thrones khm... 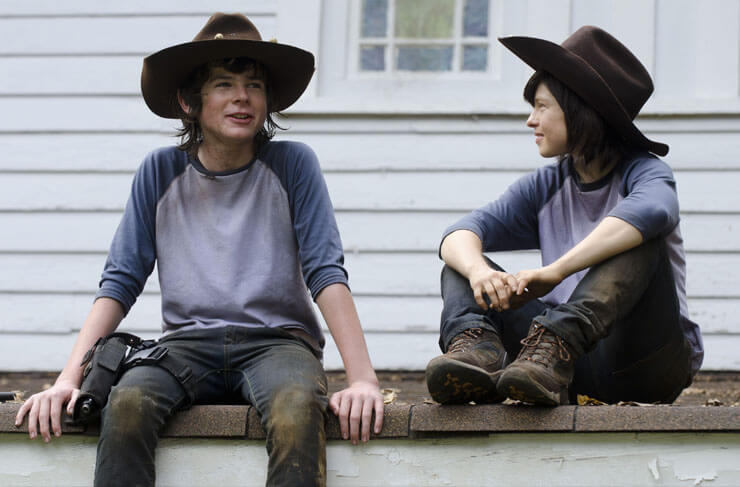 14. The mouse Lizzie tries to feed to a walker in one episode is made of grape jelly and gelatin.

15. Same as with the walkers, in the intro sequences we can clearly see that the letters seem to be decomposing over the course of the seasons as well. This might mean that as long as the humans can remain alive, they might have a chance of returning to a normal life.

16. As I previously mentioned, DeMann wanted to be killed off, but the replacement show runner was planning on writing off Hershel Greene, which led to a problem. He finally came up with a solution. He decided to give many of the scenes that were planned for Dale (DeMann) to Hershel, which included the scene in the prison where Hershel loses his leg.

17. Carol is one of the most developed characters in the show. She started out as a shy abused woman and turned into a true bad a*s. Although initially she was meant to die in season three, the script was re-written in order to keep her on. 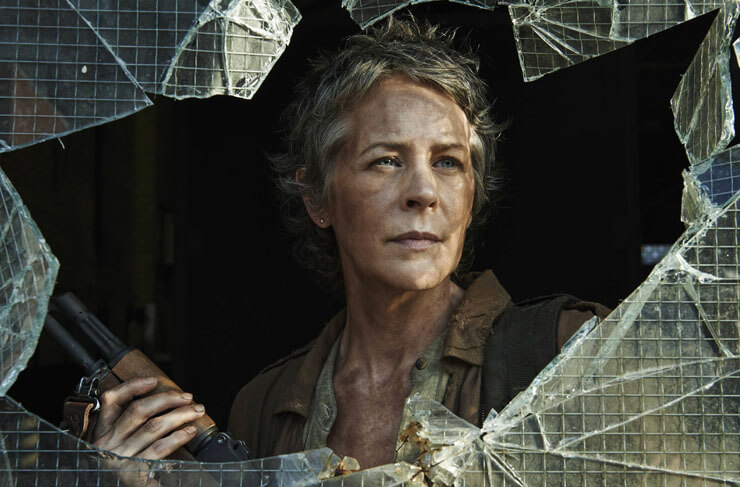 18. NBC also passed on the series. They simply didn't want The Walking Dead to have any zombies within the show. Can you imagine the Walking Dead without the walkers? The other option was to keep the zombies, but in that case they wanted the series to showcase the crew solving zombie crime mysteries, which didn't really work for the creators.

19. The first season of the show had an average of 5 million viewers per episode. The number has increased extensively with every other season premiere, reaching a whopping 17 million viewers on the premiere of season five.

20. The show is actually filmed in a real town, by the name of Senoia, Georgia, and although many fans of the show would consider themselves lucky to have their favorite show filmed in their backyard, the residents of Senoia don't have it that easy. Once shooting begins, their town becomes heavily policed, and they all have set times when they are and aren't allowed to get out of their own homes so that they don't temper with the scenes.

Although many residents have complained about the show being filmed in front of their homes, the show does pay up to $400 a month to the residents for any troubles they may experience while shooting.