Published in Entertainment on 26th July, 2018

It seems like Netflix is becoming more and more popular each day. A lot of people watch it even more than they watch "regular" TV. That's because there are tons of shows that you can only find on Netflix and you can watch full seasons of your favorite shows 24/7. Netflix has become a part of our daily routine. It is a social phenomenon and has led to people using phrases like "Netflix and chill" and "binge watching". 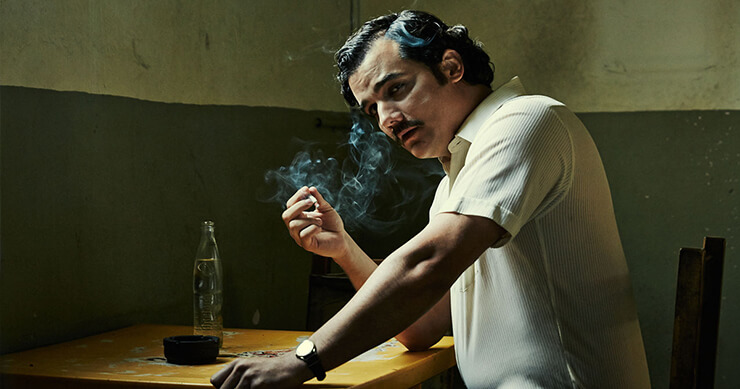 Netflix isn't the only platform on the market that offers these services, yet it has somehow become the most popular streaming platform we all love and use. Some even consider it to be the world's largest internet television network.

But how did it become so popular?

Or more accurately which shows helped make it as popular as it is today?

Well that's exactly what we're here to find out today.

Here are the top 6 Netflix shows that played the biggest role in its success.

Orange is the New Black

Orange is the New Black or OITNB is an American comedy-drama based on a true story about a woman sentenced to a year in a minimum-security women's federal prison because of a crime she committed 10 years earlier.

The series is based on Piper Kerman's memoir called Orange Is the New Black: My Year in a Women's Prison.

Piper (Taylor Schilling) is convicted for carrying a suitcase of drug money for her girlfriend Alex Vause (Laura Prepon) and sentenced to 15 months in Litchfield Penitentiary.

She committed the offence 10 years prior to her arrest, and had since then moved onto a quiet normal life, when she received the indictment and had to leave her small business, her friends, family and fiance to serve her time.

In Litchfield Penitentiary she reunites with her old girlfriend Alex, and she's faced with conflicting feelings about everything including Alex, her fiance, and every other single thing about her life. On top of that she must learn how to survive the harsh conditions in the prison and overcome her emotional and physical struggles.

Since its release back in 2013, Orange Is the New Black has become one of Netflix's most-watched original series. The series has received 16 Emmy Nominations and 4 wins as well as multiple other awards.

Released the same year as OITNB, House of Cards was one of the first Netflix original series. It solidified Netflix' reputation and played a huge role in making it as popular as it is today.

House of Cards is an American political thriller-drama that's based on Michael Dobbs' novel of the same name.

The series is set in Washington D.C. and the story revolves around Congressman Frank Underwood (Kevin Spacey) who along with his wife Claire Underwood (Robin Wright) initiates a well-executed plan to get back to power after being passed over for appointment as Secretary of State.

The series focuses on themes like manipulation, pragmatism, and power.

Last year, after the scandal with Kevin Spacey, Netflix cancelled House of Cards and announced that season six will be its last season, with Robin Wright in the lead, and without any involvement from Spacey.

Stranger things is undoubtedly one of Netflix's most beloved shows, and one of my favorites as well.

It features and amazing cast of talented young actors and has received critical acclaim for its acting, directing, writing, soundtrack, characterization, atmosphere and much more.

The series is set in a fictional town in Indiana in the 1980s and follows the story of a mother whose son is abducted by an unknown creature, and her journey to find him and bring him back. Three of her son's best friends also embark on their own journey to find Will Byers, with the help of a young girl with psychokinetic abilities who goes by the name Eleven. Eleven is played by Millie Bobby Brown, who's one of the show's youngest actors. This year she received one more Emmy nomination for her role and became the youngest person ever to be featured on TIME 100 list.

The Crown is a lavish drama about the reign of Queen Elizabeth II, and probably Netflix's most expensive series ever made.

The series gives us a look into the life of Queen Elizabeth II, starting from her early days up to present day. The Crown follows all the major event since the Queen's marriage to the Duke of Edinburgh's marriage in 1947, and includes all the political rivalries and romances that shaped Britain in the second half of the 20th century.

Narcos is an American crime drama that takes a look at Pablo Escobar's criminal exploits, the Colombian drug lord who became a billionaire smuggling cocaine into the US.

The series is filmed in Colombia, and the first two seasons are based on the life of the richest drug lord in history, Pablo Escobar and the main events that happened in Colombia during his time including his interactions with other drug lords. The series depicts how Escobar actually got involved in cocaine production and the whole cartel business in general.

13 Reasons Why is an American teen drama based on Jay Asher's novel under the same name.

The series revolves around a Clay Jensen and his friend Hannah Baker, who had decided to take her own life because she had been struggling to cope with life after a few incidents at and outside her school, involving some of the most popular kids at school.

As a way to expose everything that's been happening to her over the course of the last year before she took her life, she records 13 tapes with 13 reasons why she took her own life, each of them directed at a person she knew.

The show is basically a bundle of anxiety, suspense and heartbreak all through the first two seasons, and it's one of the few Netflix originals that I actually binge watched.