After years of waiting, Nintendo released a competitive console capable of messing up sales numbers of Xbox One and PlayStation 4. The two had years of a head start because the Wii U sales were, well, abysmal at best but now they finally have a worthy competitor. The Switch is a fantastic gaming device that finally fulfilled many a gamer's dream - playing their favorite, full-fledged, titles on the go. With the next generation of consoles on the horizon, the Xbox One and PS4 live through their last years, and the fact the Switch came out a bit more than a year ago leads to a massive influx of new titles for the console. These two, and many more reasons make the Switch the best buy at the moment for all of those who plan on getting a new console. Let us explain why the Switch is the best buy at the moment. 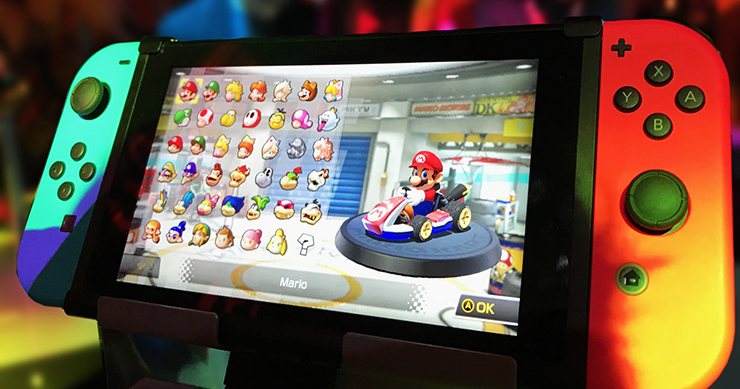 It basically just came out, making the console the best long-term choice

While this might sound like a reason not to buy the Switch, it actually is an excellent incentive to get your hands on one. While the Xbox One and PlayStation 4 are at the end of their lifecycles, Nintendo just released the Switch, making the console a better choice for those who look for a long-term gaming device, a console that will get new titles for years and years. Since the average console life is around seven years you will get at least six more years of support from Nintendo and third-party publishers while the other two main consoles will live for another year and a half, maybe two. Since news started circling about the PS5 and whatever Microsoft will call the new Xbox along with first-hand confirmations (Phil Spencer, head of Xbox division at Microsoft, confirmed the company is work on new Xbox consoles at this year's E3) we are certain new consoles will arrive late 2019 or during 2020. And with the Switch, you will get long-term value because it will get new games at least until 2023.

And while the console got released a bit more than a year ago that doesn't mean you can't play lots of quality games on the Switch. This is especially true if you love indie games, but the console also saw many excellent titles from Nintendo as well as from big-name publishers like Ubisoft, EA, Bethesda, and others. And since Switch sales numbers are through the roof you can bet the console will have excellent support from third-party publishers, maybe the best support since glory days of SNES. Sure we won't see blockbusters like Battlefield, CoD, Assassin's Creed but many AAA games are made for the Switch and you can expect major publishers to develop new original IPs (like the recent Mario + Rabbids: Kingdom Battle, or the awesome Octopath Traveler) for the console because the Switch is a huge hit and worthy of shelling lots of money to developing games for it. 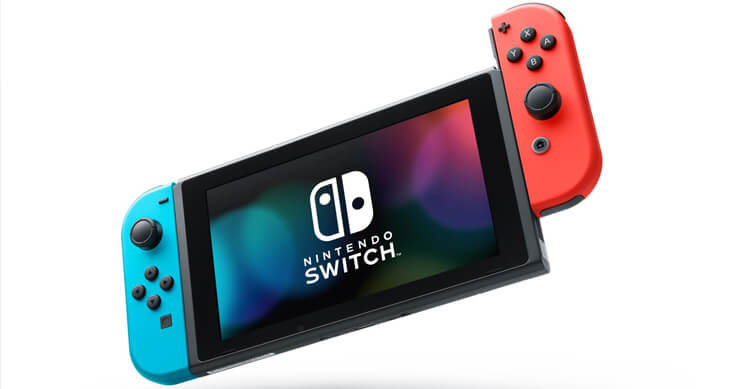 Look, the Wii was super-popular because it was a huge novelty and people just loved to play games with motion controls. The console sold like hotcakes despite the lack of third party support, not because of it. Nintendo thought they could have another win with the Wii U without relying on major publishers and since the Wii U didn't bring anything new to the table except its tablet-like controller, the console flopped massively. That made Nintendo rethink their strategy for the Switch and that strategy is trying to incentivize as many publishers and as many indie developers to publish games for the Switch. And because of this, we will have loads of excellent Switch titles in years to come, making the console an excellent investment because you can rest assured there will be plenty of games to play.

Okay, this is true for almost any Nintendo console but it is especially true for the Switch. Similar in how the company decided to push for getting third-party titles to the Switch Nintendo is also pushing hard to deliver as many first party exclusives to the Switch. We already have Super Mario Odyssey, Zelda: Breath of the Wild, Arms, Splatoon 2, Mario Kart 8 Deluxe, Donkey Kong Country: Tropical Freeze, Mario Tennis Aces, Hyrule Warriors: Definitive Edition, Captain Toad: Treasure Tracker, with Super Smash Bros. Ultimate, Pokemon Let's Go and Super Mario Party scheduled for 2018 and a new Metroid game slated for 2019. And you can bet Nintendo will bring many more excellent games in the future. 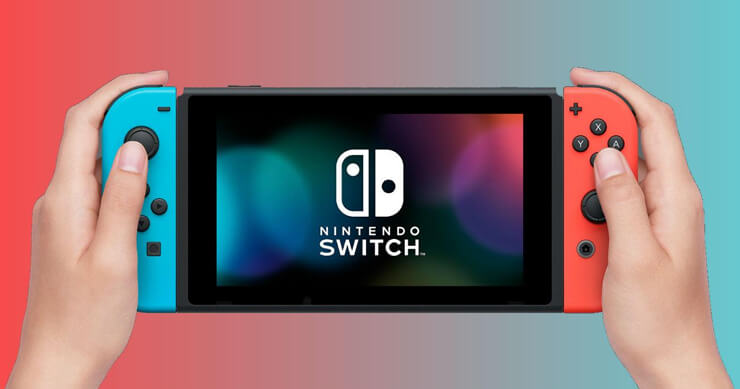 On the other hand we have the PS4, a console with pretty good first party exclusive lineup that can match the Switch, but in a few years when Nintendo releases many more excellent games and when Sony announces the PS5 (that probably won't have backwards compatibility feature) the new console will start from scratch while the Switch will be massively better when it comes to exclusives. And chances are, many of us already played if not all, then a good chunk for those exclusives because the PS4 is hugely popular and most gamers own the console already. And what to say about Xbox One and its poor, poor library of console exclusives? It cannot match the Switch despite the fact the Xbox One came out in 2013. Microsoft did a horrible job regarding first party exclusives for the Xbox One, crippling its sales and making it a poor choice for those who buy consoles for their exclusives.

You can play your favorite games whenever you are

Many gamers dreamt of a device enabling them to play their favorite games no matter where they are. Yup, many of us dreamt about a handheld console capable of running full-fledged, home console games. And we finally got it. The Switch is a dream come true because you can play Skyrim, Doom, Super Mario Odyssey, Zelda, or a shitload of cool indie games (like Hollow Knight, Darkest Dungeon, or the Banner Saga) whenever you are. Just take out the console and start playing. Hell, you can play Fortnite on the go. Not the crippled mobile version but the good version with excellent controls. The Switch is by far the best handheld console of all times, and as an added bonus you can hook the thing to a TV and play those same games from the comfort of your chair. 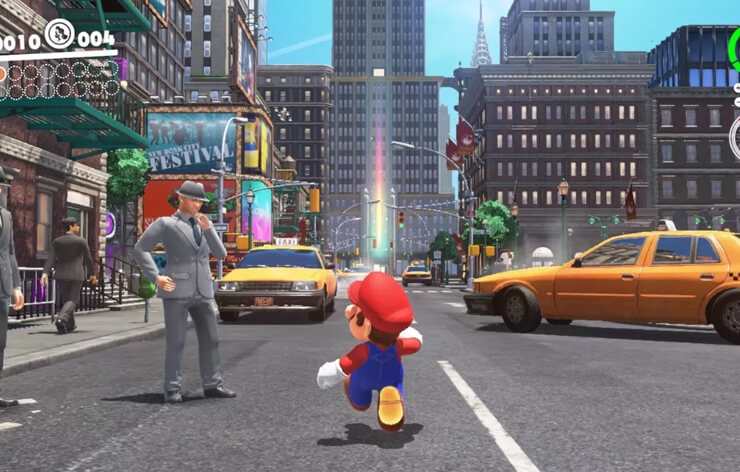 It's marvelous we finally got a console capable of giving us all of our favorite games in handheld form, and there's not a single feature found on the PS4 or the Xbox One that can best this. Sure, they are more powerful but you cannot play Forza or the new God of War while commuting, staying at friend's place, while on a vacation (technically you can but you have to carry a huge box with you, which isn't really elegant solution), or while chilling on a river bank fishing. And the Switch features exceptional controls with two analog sticks and motion control support, in addition to a superb and huge display that together make an outstanding handheld gaming experience.

Nintendo is known for the company's lack of innovation and the late introduction of new features. One of the most troubling issues with their last couple of consoles was a horrendous support for online features. While Sony and Microsoft introduced online support, bringing online multiplayer to Xbox and PlayStation and later promoting online stores that eased the process of buying games and that also featured lots of cool discounts Nintendo stayed in the past without any kind of online strategy. The company's consoles suffered because they didn't have lots of online multiplayer titles, driving multiplayer gamers away from Nintendo and its products. But with the Wii U Nintendo started making moves into online space and with the Switch, the company offers a solid online support.

Sure, their voice chat solution is appalling but on the other side, we have online support for every single game that enables additional features for single player games. Super Mario Odyssey now has some cool games modes possible with added online support (like Ballon World) and the upcoming games like the next Pokemon title should also benefit from expanded online support by allowing for online co-op game modes as well as an online marketplace where players can exchange their Pokemon instead of having to find other people in real world to trade Pokemon. This also means we will see much more online multiplayer games than ever before on a Nintendo console. We already have a couple of heavy hitters such as Rocket League, Fortnite, and Paladins along with exclusives like Splatoon 2. The console should also get new multiplayer titles in the future such as Warframe, Arena of Valor, Fifa 19, and Team Sonic Racing. The popular MOBA game, smite, could also land on the Switch in the future. 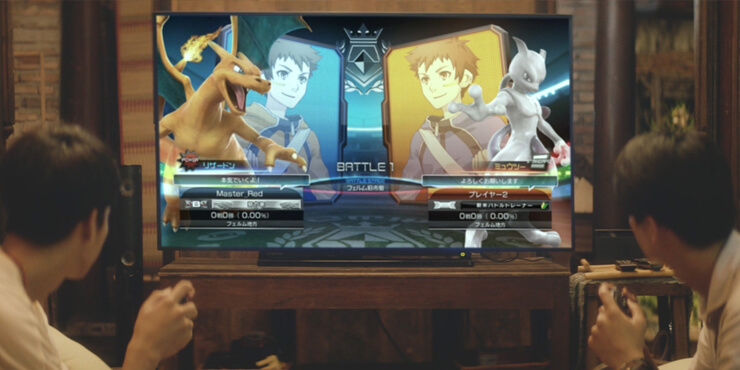 And this emergence of online support gave the Switch one excellent thing. It gave the console free multiplayer games. Nintendo consoles of the past didn't have access to free online games, but that is changing with the Switch. The console got Fortnite and Paladins and should get Warfame (possibly the best free online game at the moment) before the year ends. And we are sure that many developers will have the console in their plans for their future releases. Yes, sure, Nintendo will soon start charging online connectivity for the Switch but at least the online service is pretty cheap when compared to the PS4 and Xbox One online services (it costs $4 a month, $8 for 3 months, and $20 a year).

The Switch is great for local multiplayer

While the console has solid but not amazing online support, it is by far the best choice when it comes to local multiplayer. Because of their massive push for online features, Microsoft and Sony neglected local multiplayer. This neglect soon transferred to third-party developers stripping most games released for the PS4 and Xbox One out of local online features like split screen multiplayer and local co-op game modes. But local multiplayer is where the Switch shines and if you like to play games with or against friends while hanging out, not while hanging out online, the Switch is a perfect console for you. Not only that most games feature some form of co-op or competitive multiplayer, the console's Joy Con controllers are made in such a way they can be used separately for many different games. This means that even though you don't have a second controller you will be able to play most games with a friend. 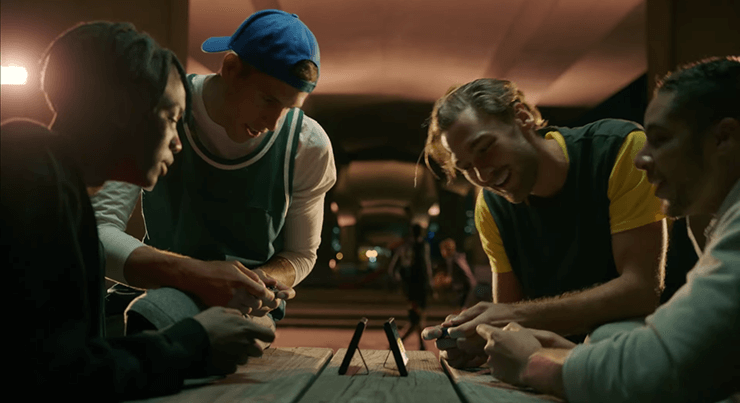 And this also means that, while in handheld mode, the Switch can be used as a local multiplayer device. Just unhook the two controllers, give one to a friend and the fun times can begin! This proposal of portable local multiplayer is another feature of the Switch that cannot be found anywhere else. You can play Mario, Kart, Fifa, Rocket League, or NBA 2K with or against a friend anywhere you are. Without the need to stay at home to play games together, Nintendo Switch pushes the local multiplayer to new levels.

Nintendo finally decided to organize sales on its online store

Another thing that made Nintendo consoles not so great a choice for hardcore gamers is the fact games were pretty expensive and the fact they kept their full, $60 price for years. But on the Switch, you can plan for cheap without problems. Many indie games cost between $5 and $25, with dozens of quality titles featuring a sub $20 price. Next, many games can be found on sales and even Nintendo puts its first-party titles on sale from time to time, something we couldn't see in the past. And finally, as we already noted, you can find a decent number of free titles on the Switch store along with many free demos for games giving you a sneak peek at the game before deciding if it is worth buying.