Published in Entertainment on 30th July, 2018

San Diego Comic-Con was predictably packed with new trailers, big announcements, and a lot of leaning into the unpopular decisions present in the next movie in a certain franchise about wizards. We got our first look at the next batch of superhero movies from DC: Aquaman looked iffy, Shazam looked great- Godzilla brought some friends, and the Teen Titians have been given a gritty makeover that might well be the most hilariously bad superhero show since Agents of Shield got its act together. The biggest news of the weekend though was the announcement from Joss Whedon that he and Midnight Texas creator Monica Owusu-Breen are working on a reboot of Buffy the Vampire Slayer. I'm currently into my third decade of being a diehard Buffy fan, and if the rest of the fanbase are anything like me then this was the only news that mattered coming out of Comic-Con, and the last week or so has been about trying to process a whole mess of feelings that this announcement has brought up. 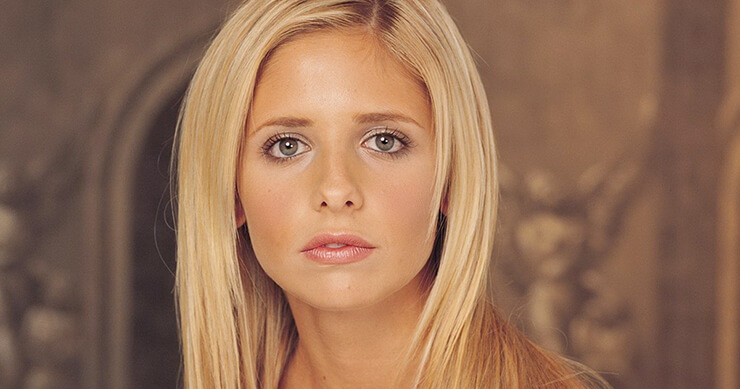 Like many fans, my brain instantly got stuck on the word reboot. The initial announcement from Whedon stated that the show would be a reboot led by an actress of color, but in the days since then each little crumb of info has been delivered as an obvious way to get fans onside. The fact is that no one wants a reboot of Buffy the Vampire Slayer, it's a show that has been so influential that any attempt of recreating it is filled with the risk that any mistake or misstep will be used as a stick to beat the show to death. Buffy is too big a character to, mind the pun, revamp, so a reboot seems like a guaranteed losing bet, something that seems to have gotten through to both Whedon and Monica Owusu-Breen.

It's obvious that any ideas for what this show will look like are still in the embryonic stage. There is no network or streaming service, or cable channel attached for distribution, no casting announcements or rumors, all of which suggests that the Buffy reboot could be anything at this point. This has been backed up by Monica Owusu-Breen a few times since Comic-Con. The Midnight Texas creator has assured fans in a series of tweets that the show will be a sequel to the original show, not a reboot, and most importantly, it will be led by a new slayer. While some fans will always be against this show, this new information has me extremely interested and, dare I say it, excited for what this show could be. But before we enjoy some conjecture, lets look at the circumstances of how this all came about. 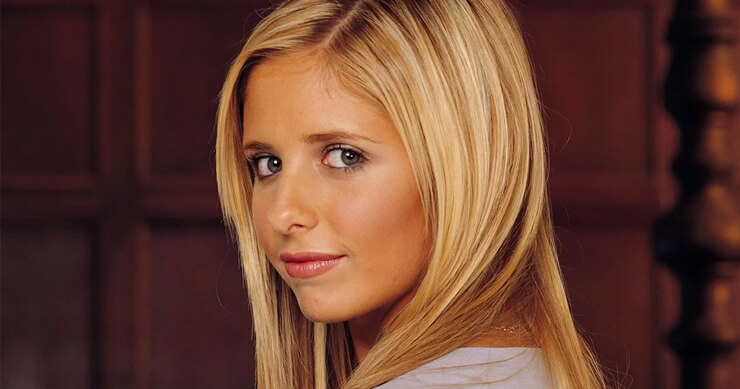 Nostalgia rules pop culture, we all know it, and remakes, reboots, and reimagining's have been commonplace since Christopher Nolan fixed Batman with Batman Begins. Sequels, prequels, and new stories in familiar worlds have been a consistent trend on television for some time, what with The X Files, Twin Peaks, Will and Grace, and even the controversial Rosanne (until the controversy caught up with it) have been successful despite differing levels of quality. There has been a spate of TV remakes of classic movies like the brilliant Hannibal and Fargo, and Marvel have no fewer than five TV shows that exist in the same universe as the movies. Despite all of this, a Buffy reboot never looked possible thanks to Joss Whedon's constant refusal to give the idea any oxygen. For years he rubbished any rumors about a return to the Buffyverse and fans took him at his word.

It may sound cynical, and there has been a lot of cynicism in the last week, but it's hard not to attribute the existence of the Buffy reboot-turned sequel to the fact that Whedon is coming off the worst period of his career. A new version of Buffy was unthinkable when Whedon was appointed king of geeks after redefining the blockbuster with The Avengers, but the divisive Avengers: Age of Ultron, a leaked Wonder Woman script that did him no favors, allegations of adultery and emotional abuse from his ex-wife, and his role in stitching together Justice League after Zack Snyder's family tragedy has left Whedon as a fallen idol. With his personal and creative reputation in tatters it's easy to understand why he would want to revisit what is still his biggest cultural success. 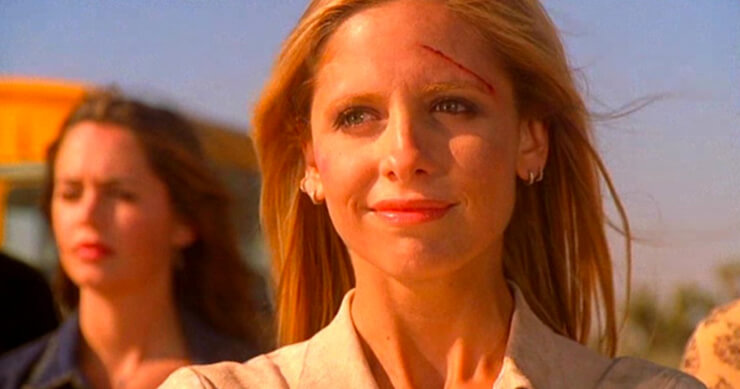 I've been a fan of Buffy ever since I watched the first season episode "Never Kill a Boy on the First Date" 22 years ago, and while I've been burned before by beloved shows returning (I'm looking at you The X Files. Where the hell is Scully's desk?), it has also been exciting trying to figure out what revisiting that world could mean. I'm all for a new slayer, especially a woman of color because of the storytelling possibilities that creates and how the new show will connect to the old. Buffy the Vampire is one of the most influential shows of all time. You only have to look at the structure that the show pioneered: monster of the week mixed with a different Big Bad each season to quantify that impact. The likes of Doctor Who, Arrow, The Flash, and Supernatural have utilized this formula, as have shorter more prestigious genre shows such as Penny Dreadful.

Monica Owusu-Breen has stated that Buffy is her Star Wars (mine too) and you only have too look to new trilogy and how it has built on the legacy and history of the original films to see how a new story could be told. So, let's put those bad feelings and vibes on the back-burner and engage in some conjecture about what the new show could be like. From here on there is a spoiler warning for season seven of Buffy the Vampire Slayer. 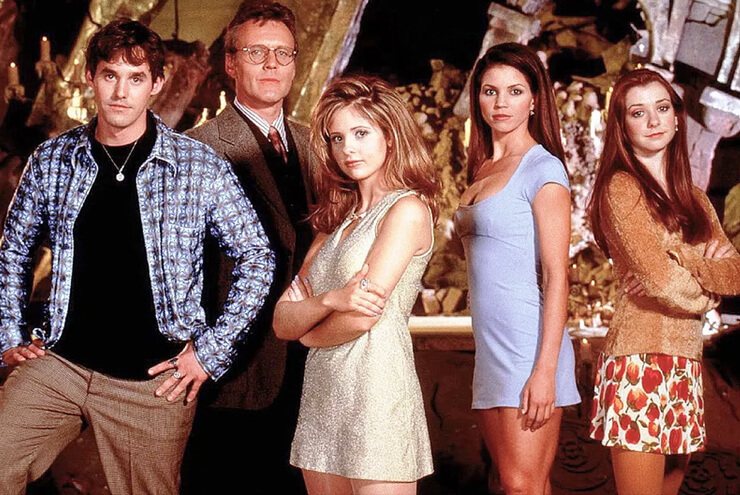 The original Buffy the Vampire Slayer ended with Buffy and co defeating the First Evil while also imbuing all potential slayers around the world with her powers thanks to some nifty magic from Willow. It's a positive ending that does leave some wiggle room for future stories. The fact is the First Evil can't ever be fully defeated, and there is always another apocalypse around the corner, meaning that the victory and destruction of Sunnydale was just Buffy's latest, not her last. We then discover in season five of Angel that Buffy has been finding and training all of the new slayers that have resulted from Willow's spell.

What the new show has to do is to find a way around this ending, to make the new slayer the only slayer. This isn't impossible, as the forces of evil best tactical move is to find a way to reverse Willow's spell and destroying said army of Chosen Ones. What if this happens, and Buffy loses her powers as well, leading to the original Slayer powers reasserting itself. This opens the door for the show's new Vampire Slayer, leaving the role of Watcher to Buffy since the Watcher's Council is long gone. Now we get to the tricky part, as there is no guarantee that Sarah Michelle Gellar will come back, but for the sake of argument and the fuel of this fan theory, let's say she does. Buffy must die in order for the new Slayer to take center stage. Whether she dies before the series begins or whether she appears, she will overshadow the new slayer if she sticks around. I can already feel the fan-rage but killing Buffy is the best way to give the new show proper dramatic stakes and think how powerful it would be to give her a good death, one that she doesn't come back from. Another important thing the show has to explore is the history of the evil that the new slayer is up against. The original show, as well as Angel, had its dream-team of vampires from The Master, Darla, Angelus, Spike, and Drusilla, but that still leaves hundreds of years and many vampires that could be explored.

Regardless of whether this is the worst news ever, this new show seems to be happening, and from what Monica Owusu-Breen has been saying it could be really interesting, so why not get onboard and see what happens. If you don't like it you can just not watch it, that's what I do with Alien 3.