Published in Relationships on 31st July, 2018

If you think you're unlucky in love, check out these hilarious real-life bad dating stories, they are sure to make you cringe! 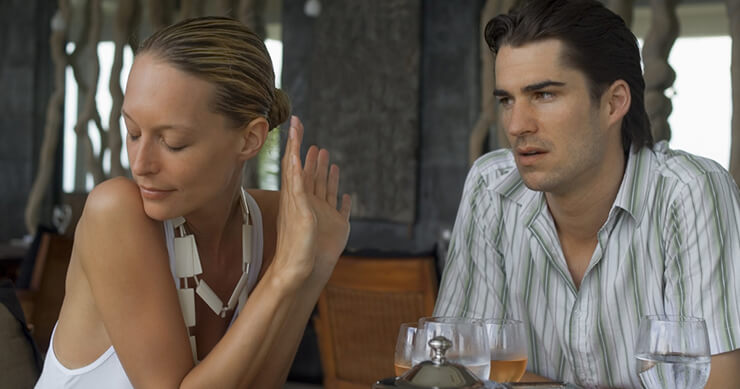 Imagine hitting it off with a gorgeous guy who ticks all of the right boxes. You've been on a few dates and things seem to be going well. In fact you're really proud of yourself, this is the first successful dating experience you have had in a while.

Things start heating up between you both, and you surprise him with some sexy flirtatious banter. He looks into your eyes and you swear he looks like he's falling for you. You think it must be because you have it all, and you are finally the one.

But then, somehow, the conversation turns to the dreaded topic of ex-partners. Did you bring it up? Did he? You know it's never a good idea to reflect on past relationships, especially so early on in the game. Maybe it was the way he was looking at you? Did you get a nervous flutter and suddenly feel the need to compare yourself to his past love failures, as some kind of reassurance that you have something better to offer?

He asks you about your past relationships, and you assure him that your ex-boyfriends were nothing like he is, and that you're looking forward to getting to know someone new who has more in common with you. Then you tentatively ask him the same question, hoping he will say something similar... 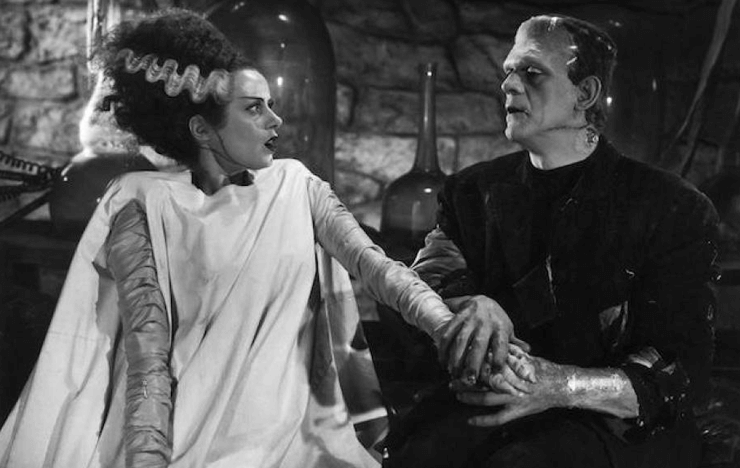 ...But his answer is much, much worse than you feared.

"I'm so glad to have met you" he starts, "You're everything I want in a woman."

Okay, that's good, you allow yourself to breath a little.

"In fact," he says, as you look into his eyes expectantly, perhaps he is going to ask you to be his girlfriend? "You have a little bit of all my exes in you!"

You choke a bit.

"Yeah, you have my first girlfriend's eyes."

Try to remember to breath...

"You're personality is exactly like my second ex's, God she was adorable!"

You're not breathing at all...

Oh God, Stop! It's official; you do have it all, you are the one; you are the Frankenstein girlfriend, with all of the best bits from each of his ex-girlfriends, all stitched together.

A guy you have been dating invites you back to his house, and you know this is going to be the night. You're feeling sexy, and you're wearing the good knickers. Your friends are waiting eagerly by their phones to hear all the raunchy details.

The night starts off well. He takes you out for dinner, and you both remember not to go for the garlic option. He's driving so you know he's not going to drink too much and have, ahem, difficulties later on in the bedroom.

He is such a gentleman, kind and considerate, the kind who opens the door of the car for you. You just know that tonight is going to be perfect.

As you both approach the front door of his house, he turns to look lovingly into your eyes and says, "I hope you're a dog lover..." 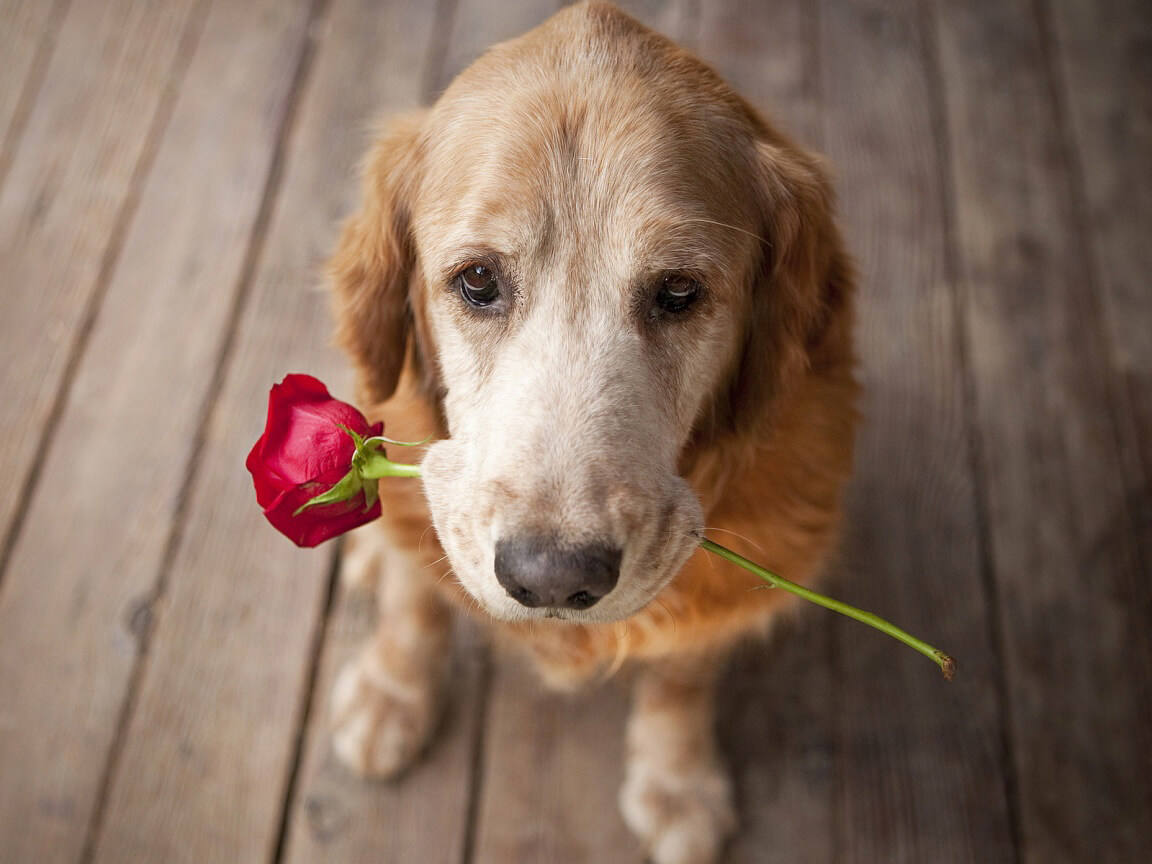 You instinctively grit your teeth, because you're more of a cat person. But that's okay, dogs aren't that bad. Maybe he's got a small one that wears a diamante collar and squeaks instead of bellows.

Your dream man turns the key in the lock, and as the door opens you are faced with what can only be described as a monster. She is silently standing in the doorway giving you the evil eye, and you nervously wonder if this is how your life will end.

"Come on in, don't mind her!" Says your man cheerfully as he shuffles past the dog.

The dog doesn't budge, and you have a sinking feeling that your man actually belongs to this beast, and that there is no way she's going to let you past the threshold, literally no way. It makes you wonder what kind of relationship they both have, you know, behind closed doors. 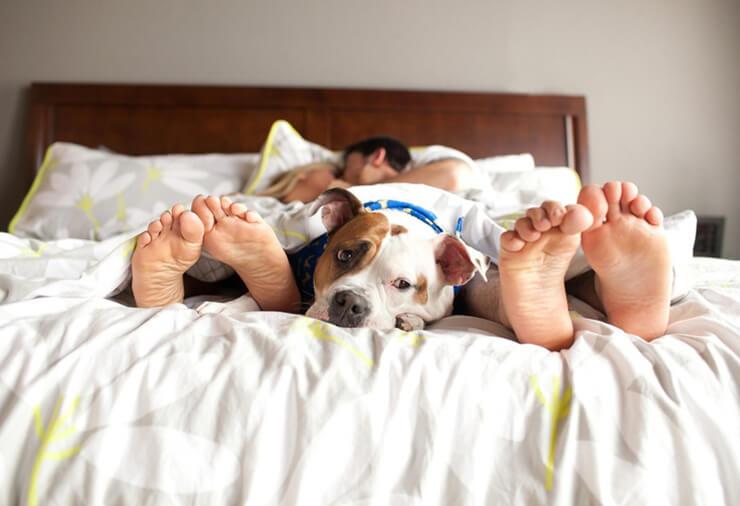 It was probably for the best, and the dog agrees with you as you back away from the door, with a low growl.

Things have started to develop between you and a close friend of yours. At first you think that it is just that you have a lot in common and feel comfortable around each other, but soon you realise that there is more to it, and you're curious to see where it could lead. He feels the same way, and soon your fun banter is turning into some seriously sexy flirtation!

You both decide that it's time to take things to the next level and go on a proper date. So you plan to go and see a James Bond Movie, because 007 is awesome, you are both massive fans. Plus, because you're already mates you get to be totally nerdy together without having to worry about putting each other off.

It's the best date ever and you're both having a fab time, but you are finding it difficult to cross over the threshold from being just friends to being lovers. Luckily you are struck with an idea. You have a cocktail mixing kit at home. How sexy would it be to end the date back at your place mixing vodka martinis? You figure it's the perfect way to shake off those inhibitions (shaken not stirred) and get down and dirty (with those dirty martinis).

It's all going to plan, and before you know it you're both feeling tipsy and the flirtation and spirits are flowing. He decides to use the bathroom, and you wait for him downstairs planning your next move. If he doesn't decide to throw himself on you as soon as he comes down, you'll go in for the kill!

He's been up there for a while now though. You go and stand at the bottom of the stairs and call up to check everything's okay. You hear a bang and a thud, so you go up to see what's happening. The bathroom door is slightly ajar and all you can see is the guy's foot. Is he lying on the floor? 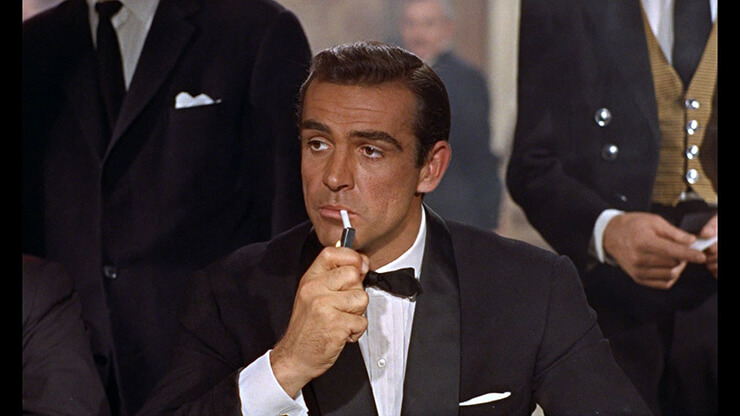 You push the door open and he is sitting propped up against the bathtub, mumbling something about having fallen over and reaching for your hand to be helped up. You realise that he's very, very drunk... but then you realise something far worse... His trousers are open and his personals are hanging out, his very tiny, shrivelled up personals! He has no idea.

You manage to get him to stand up, and tell him to finish up and meet you downstairs. As you are going down the stairs however, you hear something behind you, but before you can turn around to see what it is, he is falling towards you, and you both tumble down the stairs together and completely flatten the table at the bottom. That wasn't the way you had hoped he would throw himself at you, that's for sure!

The date ends with him having to kip on your sofa and pay for damages in the morning - the bang and thud you heard the night before was him breaking the toilet seat before falling to the ground! Not quite as smooth as you had hoped for.