Published in Entertainment on 3rd August, 2018

Those who love horror are always waiting for the next big film to scare their socks off. You may be wondering who the upcoming horror villains will be, or if there'll be any big remakes in the coming year. Well don't worry, we've got you covered! This list will give you an in-depth look what's upcoming in horror cinema for the end of 2018 as well as the new year. Read on, and try not to get too frightened by the possibilities! 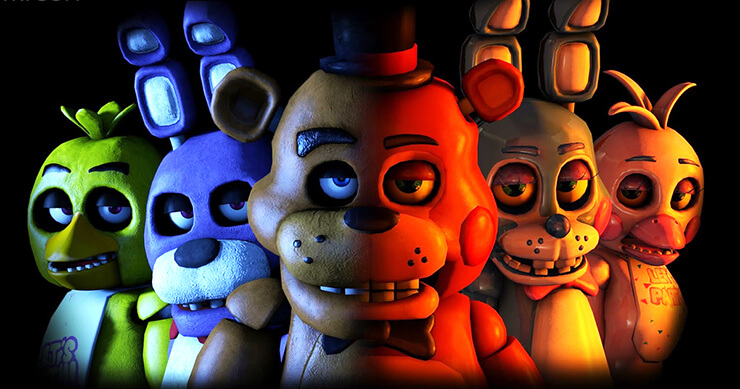 Many of us remember the terror that the earlier Predator films caused. After all, what isn't frightening about a monster that can essentially become invisible? On September 14th of 2018, the series will be carried on by a 4th addition to the films. While most have expected the Predators to be long gone, the actions of one boy in this film turn everything upside down.

What's even more terrifying is that these aren't the same old Predators we're used to. These days, the race have found ways to improve using DNA borrowed from other species out in the vastness of space. It's going to require the efforts of a science teacher and a small group of soldiers to resolve the problem before everyone is wiped out. This film will star Jacob Tremblay, Olivia Munn, Thomas Jane and Yvonne Strahovski as well as many more names you just might recognize!

If you're a fan of slasher movies, then you just can't miss Hellfest! This film adds to the fear of being chased down by a madman and tosses it into a horrifying setting. As a group of friends enjoy the excitement of a horror-themed amusement park, things start to get real when they come into contact with a masked murderer.

Many of us would expect to see some horrfying things in a horror amusement park, probably including fake corpses and the like. However, what if those corpses were real and nobody realized it? That's just a small snippet of what makes the concept of this film so great. On top of that, it features names that some may recognize, including Amy Forsyth, Christian James and Reign Edwards.

There are some movies you just don't get tired of no matter how many sequels there are, and Halloween is one of them for many horror fans. This is going to be the 11th film in the truly dedicated Halloween film series. It will star Micheal Myers, Nick Castle and Jamie Lee Curtis as well as some writing and help from the one and only Danny McBride.

40 Years after the original began, Laurie Strode finds that it's time for one final battle with the masked Michael Myers. Those who are big fans of the Halloween films will find that it's being released just in time to enjoy (and creep yourself out!) during the Halloween season. If you're feeling really brave, maybe you might plan a Halloween marathon in preparation!

Not all movies are old enough to warrant a remake, but Suspiria is definitely a good candidate. Originally released in 1977, this film made the top classics list for many horror fans. Now, we'll get to see exactly what modern minds can do with this memorable tale. The film will include roles by Tilda Swinton, Dakota Johnson and Mia Goth.

For those who aren't as familiar with the tale, it follows Susie Bannion as she attends a school of dance. When creepy teachers and disappearing students begin to portray a darker side to the school, it becomes a wild supernatural ride that many will be unable to forget. Fans will see this film released in October of 2019, so keep your eyes out for a specific release date!

Horror fans as well as Danny Trejo fans out there are sure to enjoy The Prey. This film depicts a combination group of military contractors as well as American soldiers as they become trapped in a cave in Afghanistan. On top of that, there's something very deadly lurking in the shadows, hunting them.

This film will be released in November of 2018, and stars Adrian Paul, Danny Trejo, Reka Rene and Nick Chinlund. It's truly a must-see for those who enjoy watching a group of rough soldiers take on something they've never experienced before. This one promises to be a non-stop thrill ride for a large variety of fans!

If you're looking for something truly creepy, Heretiks is worth a look. This film is set to be released sometime in the remaining months of 2018 and promises to keep you on the edge of your seat. It tells the story of a young woman in the 17th century who receives a radical rescue and is instead sent off to repent for her sins.

However, instead something much darker is brought to the surface. Though there isn't a lot of information out there on this film just yet, is sounds like it could be quite the mind-bending experience than many horror-lovers appreciate. It stars Michael Ironside, Hannah Arterton and Freddy Carter. Don't let this one pass you by!

There's no denying that creepy children make for some of the best horror movies out there. The Prodigy may be one such example in the works that deals with not just a child, but a genius child. Eventually, his behavior driven by his IQ causes the boy's parents to wonder if there is something more sinister going on that makes him such a prodigy.

For those who want to plan ahead, this film is set to be dropping on February 8th of 2019, so mark your calendars! The film will feature Peter Mooney, Taylor Schilling and Jackson Robert Scott. Keep an eye out and you'll surely start seeing some trailers for it soon!

This new Jordan Peele film seeks to open doorways into horror that we may not have known before, though at this point the plot is still shrouded in mystery! It has been described as a "social horror" which focuses on two couples as the main characters. For those who aren't certain what to expect, it may help to know that this film comes from the same maker as "Get Out".

In interviews, it has been mentioned that this film hopes to play with fun and action as well as horror. Elisabeth Moss and Lupita Nyong'o are mentioned as leads in the film. Furthermore, it's set to release March 15th of 2019 so there's sure to be some trailers showing up for it soon in some of the films coming out a little sooner.

There are a number of exciting remakes that are going to be entering onto the scene in the upcoming year, and one that has us very excited is the new Pet Sematary film, coming out in April of 2019. While it follows along the same storyline in the 1989 original, this film is sure to bring modern cinematic features into a classic story in a way that will make it truly frightening.

For those who need a reminder of the plot, this film follows the storyline of Louis Creed and his small family, who have just moved into a new rural home. The death of the family cat is just one event that sparks a series of haunting problems which prove that there are things worse than death. This film is going to star John Lithgow, Amy Seimetz and Jason Clarke.

If you're a fan of Rob Zombie films, then this is a huge one to keep your eyes out for! 3 From Hell is the third in a series of particularly unique and dark horror films that spurred from the 2003 original, "House of 1,000 Corpses". From there, the Firefly family wreaks havoc wherever they go with little regard for manners, safety or the wellbeing of those around them. 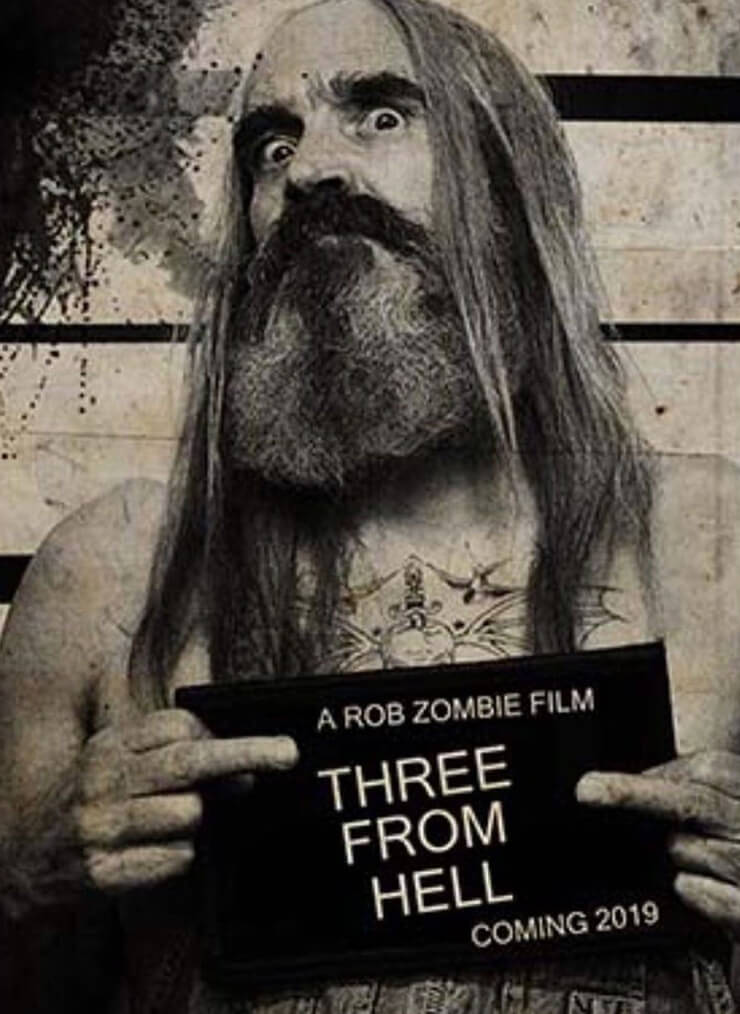 With the entry of this film, horror villains like Captain Spaulding, Otis Driftwood and Baby are sure to make their way onto the list of classics for many horror lovers. As many might expect, the film will star Sheri Moon Zombie, Bill Moseley, Sid Haig and Danny Trejo on a new, unexpected, and hopefully terrifying adventure!

Many are aware of the creepy game "Five Nights at Freddy's" which leaves the player stuck in a dark children's establishment where the animatronics go a little crazy at night. However, not everyone is aware that a film by the same name is set to release in 2019. For those who are aware of the game, that news should only bring excitement!

The unique idea behind the games (and hopefully the movies), is that the animatronic characters aren't able to distinguish humans from themselves, and therefore seek to ensure that any character found outside of its costume is rightfully returned. The expectation is for Chris Columbus to direct the film, though there isn't a lot of information available just yet aside from that.

If the name Mick Taylor doesn't sound familiar to you, then there are some interesting films you should check out! This Aussie slasher is one you won't easily forget about once you've watched Wolf Creek and Wolf Creek 2. While the show has recently been engaged with a TV show adaptation, there is now news that a third film is likely to be releasing in 2019.

For those who aren't familiar with the story, the Wolf Creek films depict unwitting travelers on their way through the Australian outback and eventually running into the cunning Mick Taylor. Things only get worse from there. If you want something that will make you more terrified of a seemingly ordinary human, then these films are worth a look, including the incoming Wolf Creek 3!