Signs He's Into You

Published in Relationships on 6th August, 2018

Sometimes it's easy to tell when a guy likes you, but sometimes it isn't! However, there are signs you can look for that will show you he's into you, even if he hasn't told you himself yet. Just make sure to watch for them, and it's likely at least a few of these signs will pop up with your crush! 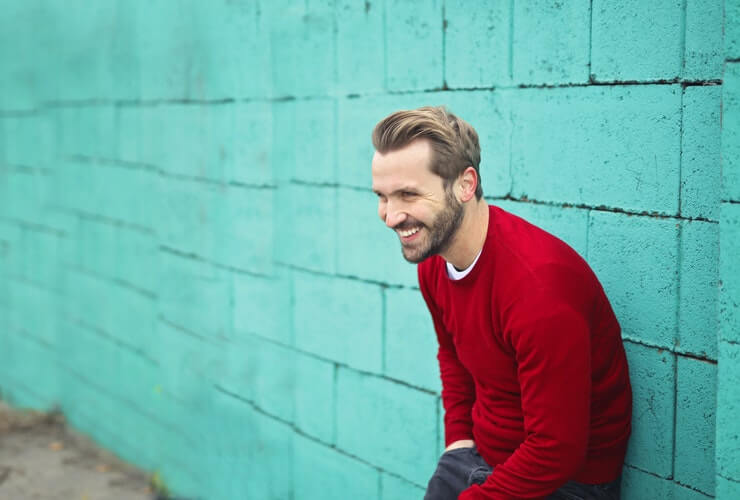 He Actively Contacts You

In most cases, when a guy is into you he'll be persistent about being in contact with you. He'll start conversations, ask for your number, or find excuses to hang out. Even if he's not so straightforward about asking for your number, you may find that he tries to find ways to be near you.

If he already has your number, this can also mean that he initiates conversations often. After all, he likely knows that the best way to get to know you is to reach out, and he's likely interested to learn about what makes you tick. 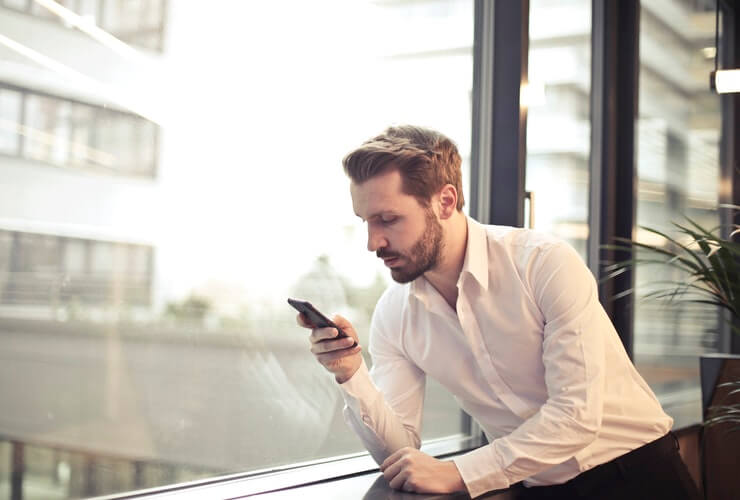 A guy who is generally interested is going to want to know what you care about, who you are deep down, what you like and what you don't like. This can give you a good idea that this isn't just a superficial lust-driven attraction and that he actually wants to know you.

He Puts Forth The Effort

On top of that, the conversations he has with you won't just be on the surface level, and he'll actually make the effort to remember things about you. He'll try to make plans to see you, and will ask you questions in an effort to get to know you on a deeper level.

If you're still in the early stages, there's a good chance he may even keep trying to get your attention unless you obviously reject him. He may want to do nice things for you, or generally show you that you mean something to him that goes beyond initial attraction.

Things like this can become more obvious if you know he's going out of his way to talk to you. For example, if you know he's generally a very busy person, but makes time to not only text you but also remember conversations and initiate them, there's a good chance he's very interested!

It's easy for many guys to feign interest without fully listening, but a guy who is genuinely into you will remember those things that are important to you. He'll ask about what's going on in your life, and will likely even check in with you about things you've told him in past conversations. 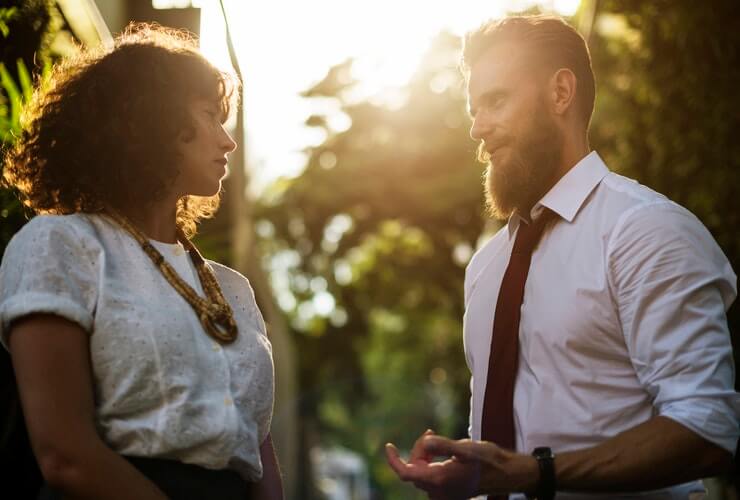 These things will let you know that the interest is real. Many of us can worry that the interest a guy has is just for the sake of getting a little action, but that's not always the case. It's great to know when a guy's interest is genuine, and it opens you up to be interested in sharing more about yourself and learning about his life.

So keep an eye out for signs that he's really listening! That's certain to tell you that his attraction is truly the real deal.

He Lets You In

On top of wanting to be in your world, he'll also be keen on letting you into his if he's genuinely interested. He may begin to open up more about his life, family, friends and his hopes and dreams. In some cases, this might even include talks about the future.

This is an opportunity for the two of you to get to know each other on a deeper level. If you're interested in him as well, then make sure to engage in these conversations. Ask questions, remember important aspects and most importantly, find out if his thought and feelings coincide with your own.

Furthermore, this can be a great time to get a feel for how well your goals and opinions on more important things match up. As a result, it's highly important that you be honest with one another about your lives as well as what you want.

Body language can be a very important aspect to pay attention to, regardless of gender. There are a number of signs that can clue you into his feelings pretty clearly. Consequently, it's a good idea to pay close attention to his body language to find out what it tells you. 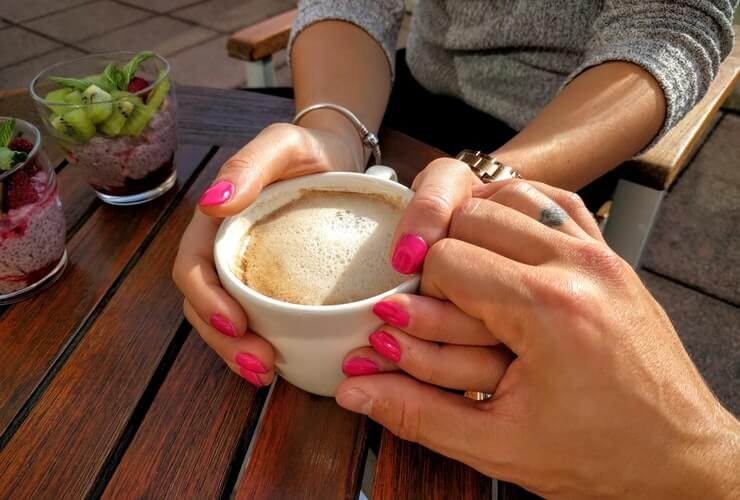 One of the most obvious signs can be eye contact, or him looking at you in general. If you're in a more intimate setting, you might notice that his eyes may travel from your eyes, to your lips and back again. That can be a good sign that he's thinking about how much he'd like to kiss you.

Another sign lies in his physical attempts to close the space between you. You might notice him leaning towards you or scooting a little closer if you're sitting together. He may also be keen to touch you, even if it's only in very small ways at first.

He May Get Nervous

Not all guys are Mr. Smooth, especially if they're really into you! As a result, you might find him getting nervous, being a little shy, stumbling over words or even blushing. This can be a good sign that he's very interested and also not too sure of himself.

If the feeling is mutual, this can great a good opportunity for you to boost his self confidence a little bit. It might mean being a little more bold than you would normally, or it might not if you're a naturally bold person. Letting him know you're also interested can make him feel much more confident.

One of the great aspects of a guy being shy is that you know he's unlikely to be a player, or overconfident. It can also help to provide the sense that his feelings are genuine, which is a good thing to know if you want to get to know him better!

His Attention Is On You

If he's into you, he's definitely going to pay attention to you. This can really vary depending on how well you know each other. If you aren't very close, then it may just mean you notice him looking at you. Maybe he might even smile. 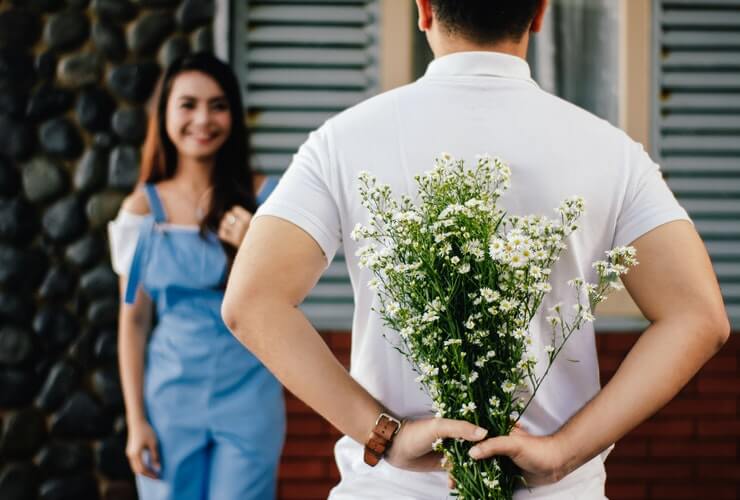 On the other hand, if you know each other a little more he might go out of his way to talk to you, or be close to you. He may also make hints about hanging out or otherwise spending some time alone together, one on one.

Odds are, you're likely to notice him flirting with you to some extent. Depending on the guy, this might be very obvious, more subtle, or a little on the awkward side if he's the nervous type. In any case, there won't be any doubt that he's paying more attention to you than he might be with others.

Small touches are a great way to clue you in that he's interested in you. Initially, these are likely to start out very subtle. He might stand close to you, causing arms to touch due to sheer proximity, or make a little bit of an extra effort to touch your hand while handing you things.

In more obvious cases, he may make up excuses to hug you. If you're in the early stages of dating or just flirting, he might brush your hair behind your ear or sit closely so that your legs touch.

Compliments are one of the more obvious things a guy will do to let you know he likes you, though they may sometimes be difficult to get out. That said, someone telling you that you're pretty or beautiful is a hard signal to ignore, so it's a good one if he really wants to let you know!

Even if it's not as straightforward as that, he's likely to share the things he likes about you at some point. It might just be a clothing choice, your hair, or even aspects of your personality that he enjoys. They're worth noticing for sure!

At some point, sooner or later, there's a good chance that a guy who's into you will tell you. After all, there's no better way to let you know he's interested than to just admit it. That really makes the process much more simple, and it gives you the chance to tell him whether or not you feel the same. 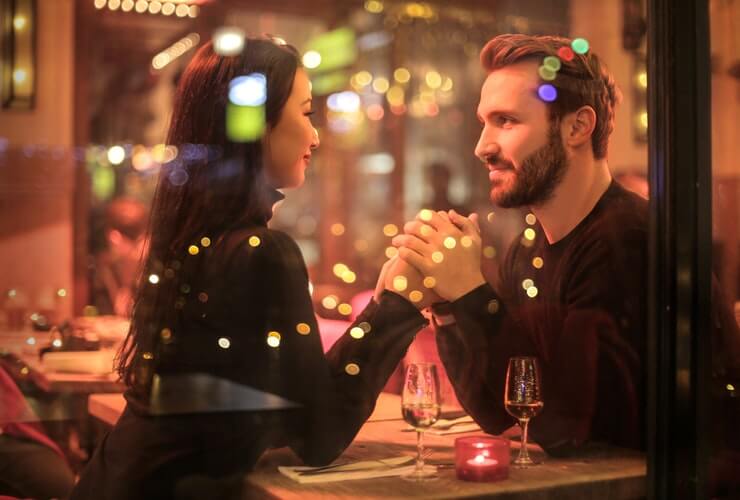 While this sign is an obvious one, it's also the one that can be the most intimidating for some guys to admit to. Because of that, it's a good idea to keep an eye out for some of those other signs as well!

In his own way, there's a good chance a guy who is interested in you will let you know. While some might be more obvious or come right out and tell you, others might be a little more shy and require some nudging to get there!