2018 has been an exceptional year for PS4 exclusives. Looking back, PS4 players have been spoiled with a large selection of games that have broken records and wowed critics.

In this article, we take a look back at the 6 best PS4 games in 2018 and give a bit of information about why each game is so good. 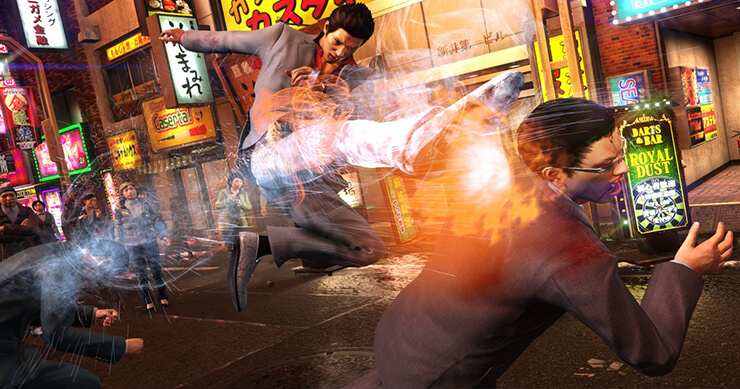 If you own a PS4 and you are interested in playing a new game, you absolutely have to make your way through this list.

Keep in mind that the games listed below are in no particular order.

God of War is one of the highest rated games this decade, let alone just 2018 and it'll certainly be shortlisted to win plenty game of the year awards.

The PS4 God of War game that released in 2018 reboots the PlayStation exclusive action RPG series of the same name. Things have been changed drastically this time around, with a further focus on RPG elements and an underlying, immersive story. 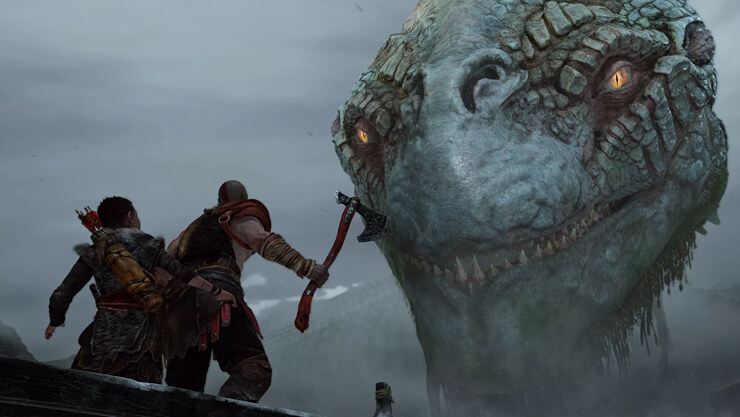 The story is clearly a highlight, as are the characters that inhabit God of War. But we also have lots of great things to say about the combat and overall gameplay. The combat has its challenging moments, but somehow it's always just so, so satisfying.

God of War is one of those games that every gamer should enjoy, no matter what particular genres that gamer may prefer.

Spider-Man showcases everybody's favorite web slinging superhero in a brand new massive open world experience. Spider-Man gives players the freedom to explore the city, take down some of Marvel's biggest villains, and gain access to a variety of Spider powers, gadgets, and upgrades. 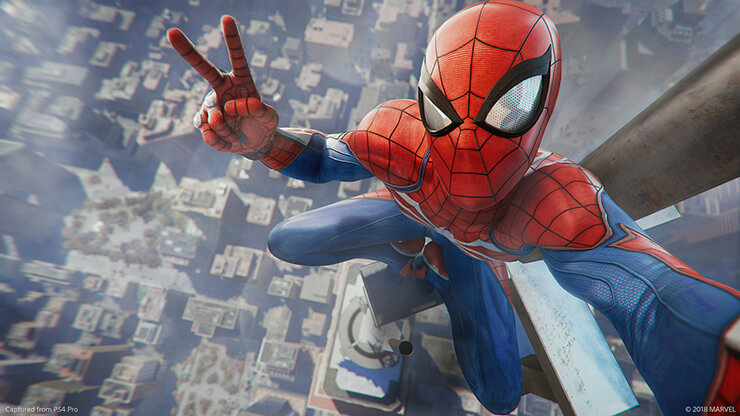 We saw similar Spiderman games back in the early 2000s alongside the original movie trilogy. These games went down as absolute classics.

In a way, the new Spider-Man transforms that same gameplay experience from the older games into something bigger and better thanks to the power of modern day gaming hardware found inside the PS4.

Quantic Dream has been responsible for bringing life to a brand new genre that crosses the gap between storytelling and video games like never before.

However, in past games, Quantic Dream may have nailed the storytelling aspect, but they struggled to create experiences that let the player feel like they actually had some level of control over the game. 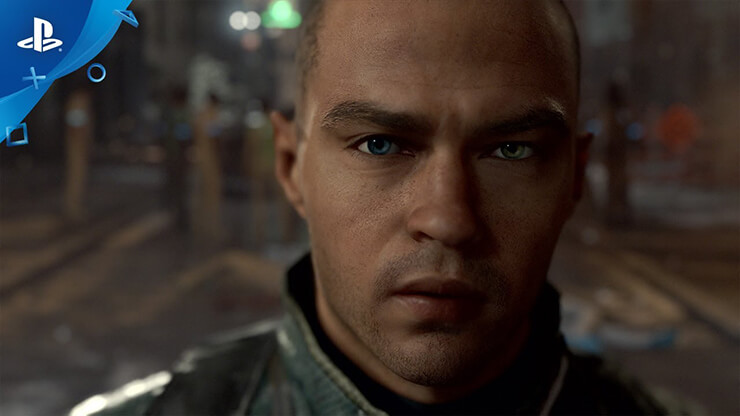 Detroit: Become Human has an immersive story based on a future world where AI servants fight for their rights to freedom. The moment you start Detroit: Become Human, you're shown the emotions and struggles that the AI has to deal with, as well as the difficulties this new dystopian future brings to humanity.

You follow three individual stories in Detroit: Become Human - Markus', Connor's, and Kara's. Each of these characters are AI servants that have come into varying issues. The choices you make as you follow these characters changes the outcome of the game and the overall end result.

Interestingly, players are also able to see how their choices compare to their friends or to everybody else that has played Detroit: Become Human so far.

A Way Out is an exciting co-op only PS4 game that's designed to create a social experience for two players.

In A Way Out, both players control one of two criminals as they bond and attempt to escape prison. The game follows their attempt to survive whilst on the run. As the game progresses, players are given different situations that all require close cooperation and teamwork to solve. 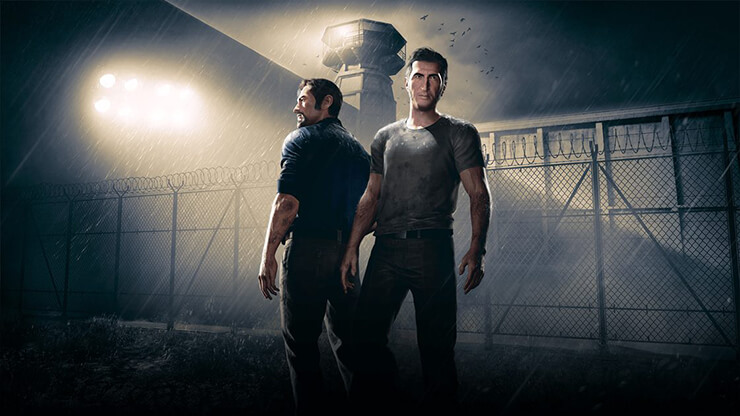 Underneath the fun co-op gameplay is a gritty, intense story that ends up getting a little emotional at the end.

In summary, A Way Out is one of those games that will leave an impact on you. You'll probably only play it once, but that one playthrough is memorable enough for it not to matter.

Shadow of the Colossus

You may have noticed a trend for new PS4 releases in 2018. Many new games are re-imaginations of old franchises. When the PS4 first launched, we saw many old games get remastered versions and now we're seeing complete reboots.

It's incredible to see because the new technology available to developers gives them more power to go wild with their imagination.

Despite Shadow of the Colossus being an actual remaster, as opposed to a reboot, it still somehow feels like an entirely new game and easily fits in amongst God of War and Spider-Man. 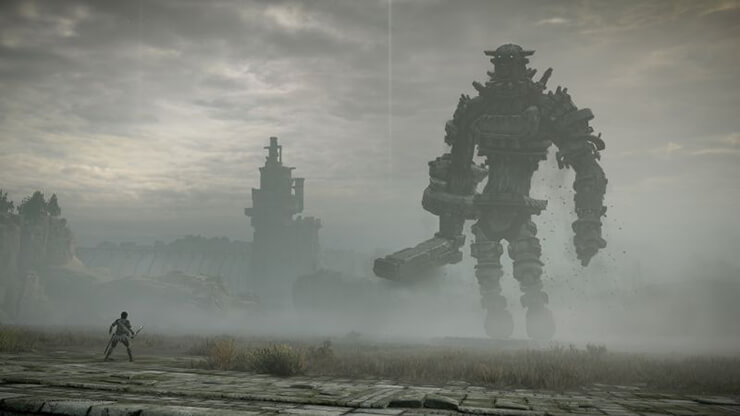 For those unfamiliar with the 2005 classic, Shadow of the Colossus is an action adventure game with excellent gameplay and a gripping, emotional story.

The remaster that launched for the PS4 in 2018 features reworked graphics, improved lighting, improved controls, and a number of other small tweaks and optimizations.

The end result is a remaster that both old Shadow of the Colossus players and those that have never played the game will enjoy.

Yakuza 6: The Song Of Life

Yakuza 6: The Song Of Life is an open world action adventure game that takes the antics from previous games in the franchise to a new level.

A crime story that actually has depth to it can be found at the heart of Yakuza 6, whilst the gameplay sort of serves as an undertone to it. 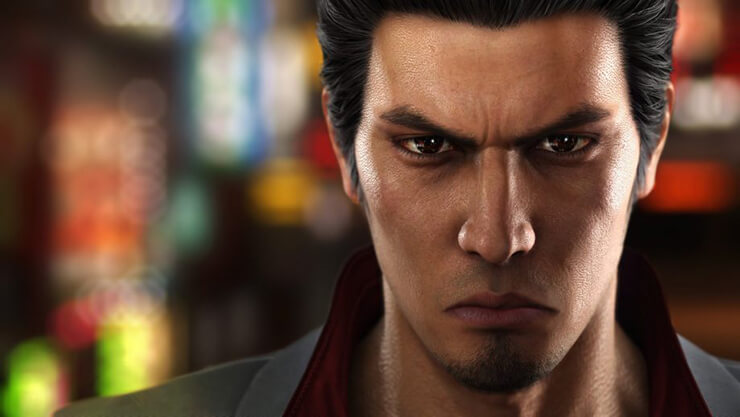 Long term Yakuza fans have complained that the combat mechanics in Yakuza 6 were far too simplified, but it makes an excellent first impression for those unfamiliar with the franchise.

If you do enjoy Yakuza 6, we would suggest playing Yakuza 0 afterward. This is another title in the franchise available on the PS4 that has a bit more depth when it comes to combat and gameplay mechanics.

That wraps up our look at the 6 best PS4 games in 2018. All of these titles are available exclusively on the PlayStation 4. Interestingly, the top titles this year are all strengthened with great storytelling.

Which of these PS4 games have you played so far? Which ones will you be interested in playing next? Let us know!