What We Hope To See In 3 From Hell

Published in Entertainment on 13th August, 2018

Those who are fans of Rob Zombie's films may remember House Of 1,000 Corpses and The Devil's Rejects. In recent news, it's been discovered that there's going to be an unexpected third film in this series titled "3 From Hell". Excited at the prospect, we're here to take a look at what knowledge is out there on the film so far as well as what we're hoping to see. 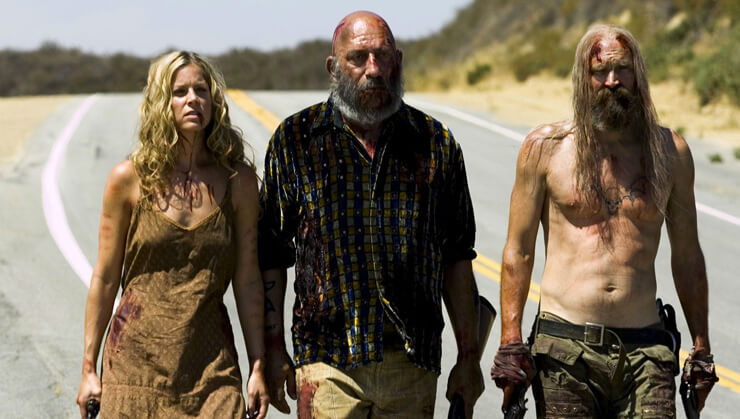 If you haven't seen the prior two films, keep in mind that there may be some spoilers! Make sure to watch the films if you're interested before continuing on if you want to avoid them!

What We Hope To See

Considering what we've seen in the past, many of us may have assumed the Firefly family had reached an end. However, this new film brings about the truth about where Otis, Baby and Captain Spaulding find themselves now. Will this film portray their true end, or will it take on a new series of twists and turns for the family we love to fear?

Naturally, we can't have a Firefly family film without Sid Haig, Bill Moseley and Sheri Moon Zombie. We'll also see some of the other characters many of us know and love such as Danny Trejo and Daniel Roebuck. On top of that, we can look forward to some new faces including Clint Howard, Emilio Rivera and Lucinda Jenney. 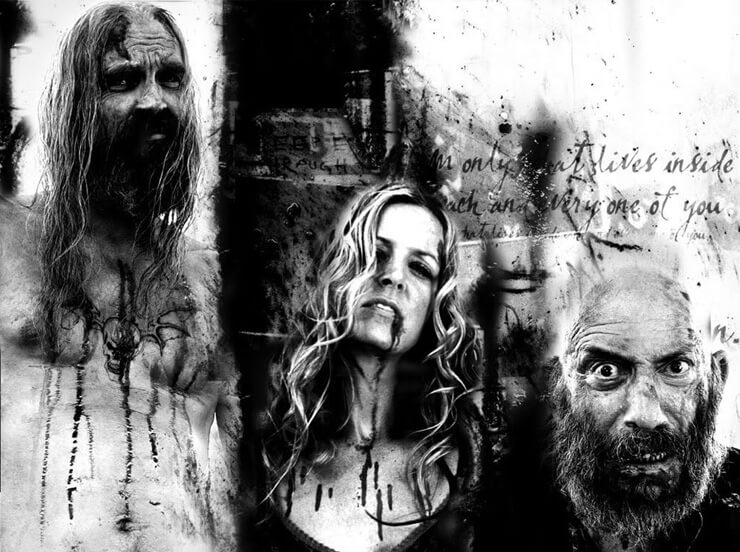 In addition to that, we can also expect the film to be both written and directed by none other than Rob Zombie, ensuring that this film will carry on the depraved entertainment so loved in his previous films. There is truly little that can hold back the excitement of this upcoming film.

While many of us watched the remaining members of the Firefly family go out in an intense ending to The Devil's Rejects, all three characters are now back in action and ready to entertain us in a third film.

Those who have seen the earlier films have been aware that the Firefly family has been dwindling, little by little. As a result, many of us may be relieved to see that the remaining three members are, in fact, remaining. Though we may not know whether or not they'll make it through the end of this one.

Furthermore, if you enjoyed the "Unholy Two" then you'll be happy to know that Rondo makes an appearance in this film as well. However, it doesn't appear that we'll be seeing his partner in crime, Billy Ray, in this addition.

While we may wonder what happened to the more outspoken of the duo, Danny Trejo is still a welcome sight among these films. It looks like we'll also be seeing the introduction of some new characters with some interesting names, like Mr. Baggy Britches and Glassy Wolf. One can only hope that with these interesting names come some unique, and potentially terrifying, personalities.

There isn't a great deal released about this film aside from the teaser trailer and some images, we can see that the Firefly family find themselves in prison. The question is, will they meet their end there or create another unique escape?

There are some unique habits members of the Firefly family engage in when it comes to what they do. Those of us who are familiar with the past films know that what this family "does" is murder. In addition to that, they have had a tendency to use corpses of their victims to create attractions for Captain Spaulding's unique small-town museum. 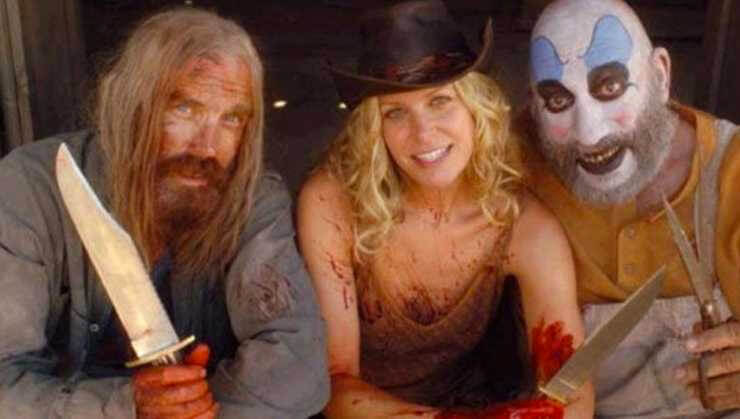 From FishBoy to Dr. Satan, the family strives to keep their habits unique, fun, and compounded with little concern for the feelings or pain of others. In an environment that is already potentially filled with violence, there's no knowing what this trio might get into.

The prison environment can also leave us wondering whether Otis will get the chance to do what he does best. Based on scenes in the past films, it's clear that he has an interest in getting under the skin of his victims, quite literally.

Many of us may recall some of the quotes of past films, including:

And those involving tootie fruity ice cream. Quotes like these are just one aspect that brings the true character of the family into the eyes of the viewers.

It's likely that we'll get a few more of these quotes in "3 From Hell". The message "Free Baby" is already one that has been spreading among Rob Zombie fans, despite the film only being in the process of post-production.

Consequently, it's going to be worth keeping your eyes out for more trailers and the kinds of great quotes that might show up. There's no doubt we'll be sure to get some sass from the Firefly trio, as they don't tend to be characters that back down when they're in the heat of things.

There isn't a lot that has been shared about "3 From Hell" thus far, but from what we can see, there are definitely some speculations we can make about what the film may contain. As with any real-world serial killer, or group of serial killers, there are certain processes that must take place.

To begin with, what we can clearly see is that the Firefly trio have been imprisoned, though it isn't clear whether or not they have been convicted from the start. If we take a look at the "Free Baby" shirt that Baby Firefly wears in one of the available shots, we might make the guess that the full process of trials has yet to take place. 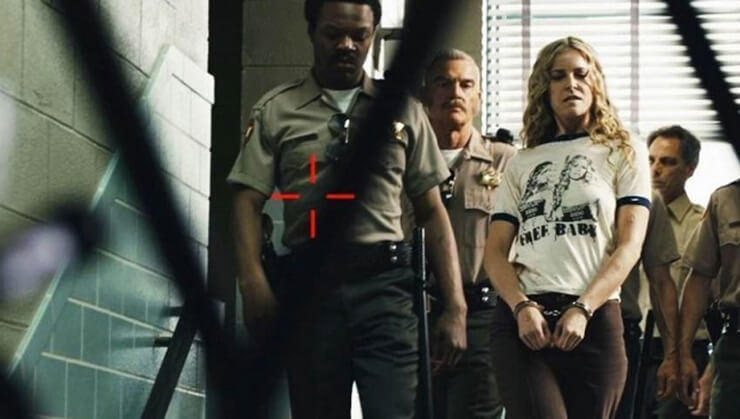 We might also likely see parts of the trial, as well as how the world is reacting to the capture of these family members. Ideally, there will also be some insight into how the trio managed to survive their intense shootout in the finale of "The Devil's Rejects".

Knowing that the family has an association with Dr. Satan, some may speculate that some of their luck may be the result of some terrible deal. Or, perhaps Otis really is the Devil, and there is some force within him keeping them all alive. It could also just be an insane amount of luck! There are so many directions it could go.

One of the biggest questions that may be plaguing the minds of fans is whether or not the Firefly trio will be able to get out of this situation alive. While they may have little trouble with rural police officers, civilians and bounty hunters, being in a larger prison isn't something the group is likely to have experienced before.

On top of that, there's no doubt those seeking to punish the group will be looking for the death penalty. However, we may be able to assume that the group will seek to either escape or, at the very least, go on their own terms.

Therein lies the intrigue in this film. If the Firefly trio weren't finished by a hail of bullets, is there anything that can truly end them? If not, then what comes next for them?

One of the biggest questions we'll be looking for this film to answer is whether the Firefly family will be finished off, or if some deeper force may step into the fight on their side. It certainly has been a while since we've seen much of Dr. Satan, so will he make an appearance?

Even in the early stages of this film's entry into the world, there's already merchandise you can take a look at and buy to prep yourself so that you can dress up to see the film. "Free Baby" shirts, character posters and more can be found on Local Boogeyman, which is Rob Zombie's personal "brand". 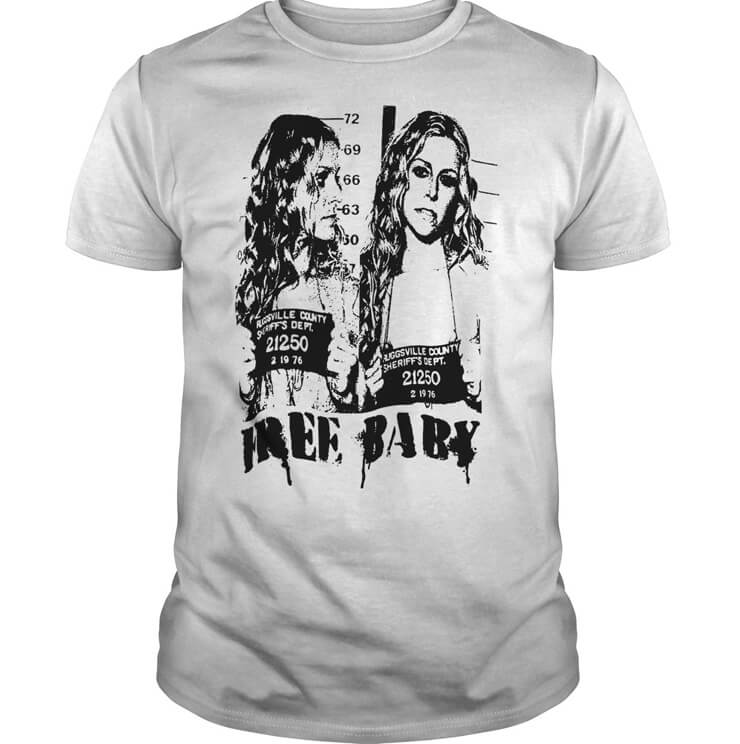 Do keep in mind that "Free Baby" shirts are said to have already sold out once, so you'll want to be on top of it if you want one should they come around again. Otherwise, there's plenty to adorn your walls, pins to accessorize with and patches to add to bags and more.

"3 From Hell" is absolutely a film worth keeping an eye out for! If you're a fan of "House of 1,000 Corpses", "The Devil's Rejects" or any of Rob Zombies other films, you'll definitely want to watch this one!

Keep your eyes open for trailers, updates, more goods and a release date! While it's vague now, the film is in post-production so it's likely we'll be seeing some more soon. There's no doubt that it's going to be worth booking in advance, dressing up for and thoroughly enjoying until the very end.