5 Reasons Why You Should Get Monster Hunter: World

Monster Hunter: World is one of the hottest games out right now. If you've never played a Monster Hunter game before, trying to understand what the game is all about can be a little overwhelming.

There's so much content in Monster Hunter: World that a small description isn't really enough to explain why the game is so great. 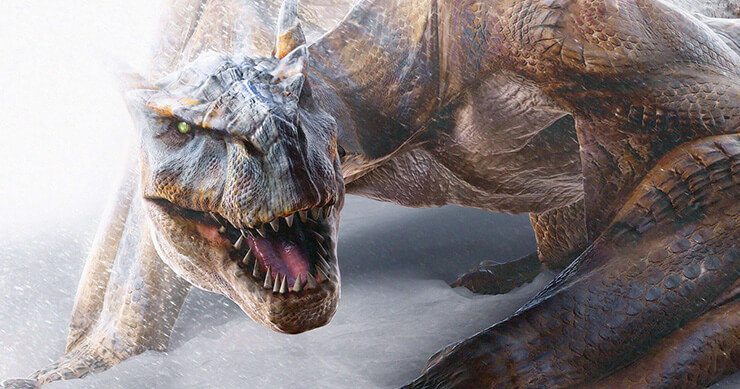 We thought it'd be a good idea to explain more about why Monster Hunter: World is so good and why you should consider picking it up.

A Quick Overview Of What Monster Hunter: World Is

Before we share some of the top features in Monster Hunter: World, let's first talk about what the game actually is.

Monster Hunter: World is a huge open world RPG game where you're tasked with hunting gigantic monsters. You can go it alone or play with friends. As you slay more monsters, you'll gather more resources to create powerful armor and weaponry. 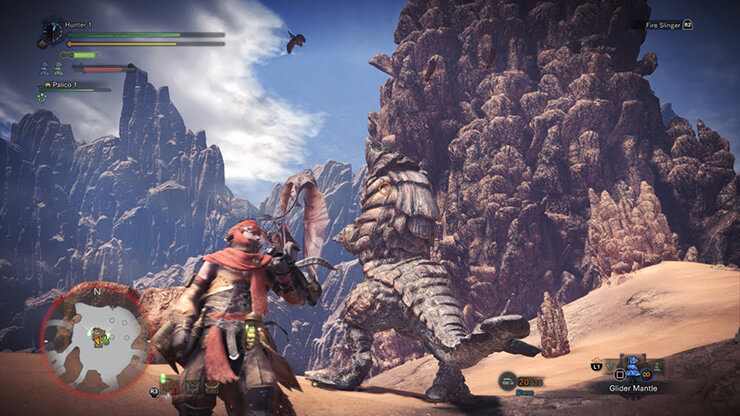 There are many RPG elements, quests, and dozens of monsters to fight. And that's just the surface.

Let's take a look at the best Monster Hunter: World features in-depth below.

The Weapon System is Filled With Depth

The Monster Hunter: World weapon system is one of the most in-depth systems we've seen in an RPG game so far.

There are 14 different weapon classes that you get to choose at the start of the game. Each weapon class has its pros and cons and each one takes time to master.

What's great is that you can stick to one weapon and truly learn it inside and out. You can become a master with a single weapon type, but afterward you'll quickly find that other weapons offer different experiences that are worth checking out too. 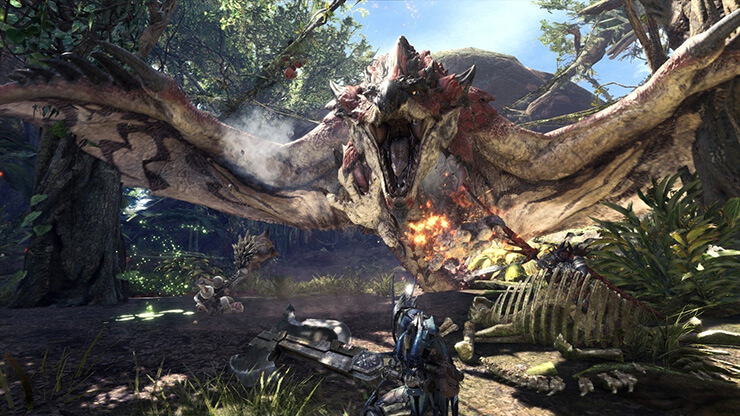 The weapons in Monster Hunter: World look fantastic, too. You'll find things like 10 foot tall two handed swords, axes that transform into swords, or giant revolvers that have been transformed into powerful lances.

The list goes on and as you upgrade your weapons, they end up looking even fancier.

The three main weapon types are as follows:

Many games these days have a very small amount of content, short storylines, and gameplay modes that get pretty repetitive after a while.

This isn't the case with Monster Hunter: World. The story itself is easily 40-50 hours long. In comparison, many AAA games these days have stories that last 6-10 hours. If you're lucky, a game will have a story that lasts 20 hours. 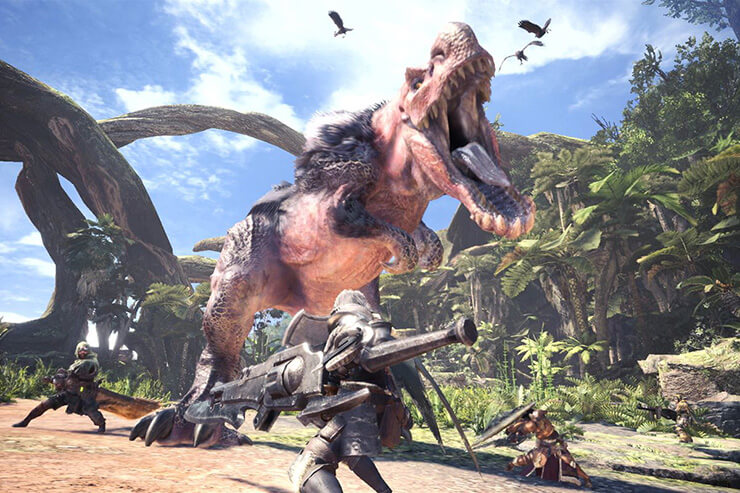 Monster Hunter: World is on another level. What's even crazier is that once the story is complete, you'll still have hundreds of hours of more content to explore. New, more powerful monsters will constantly be available for you to fight. New gear will always be just around the corner, and new challenges will regularly roll in.

For the first time in the franchise, Monster Hunter: World lets you team up with your friends. With co-op in Monster Hunter, the game goes from being an excellent RPG to becoming an even better social experience to enjoy with your gaming buddies.

If you've already got friends to play with, you can meet up in-game and take on adventures in Monster Hunter: World together. 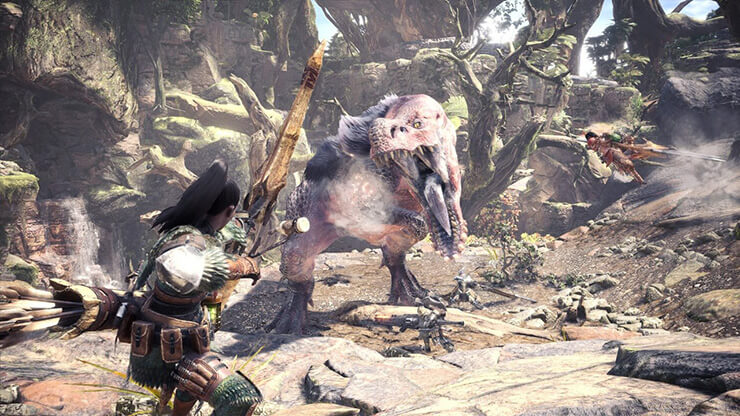 If you don't yet have anybody to play with, don't fret. There are plenty of features in Monster Hunter: World that let you team up with other players online.

You can use the matchmaking services to jump into other people's games, or you can use the quest board to post that you need help from other players. You can even create your own clan or join another's and then take the Monster Hunter: World social experience to a new level.

Monster Hunter: World features one of Capcom's most ambitious environments ever.

Not only are the environments in Monster Hunter World open and filled with exploration opportunity, but they're visually stunning, too. 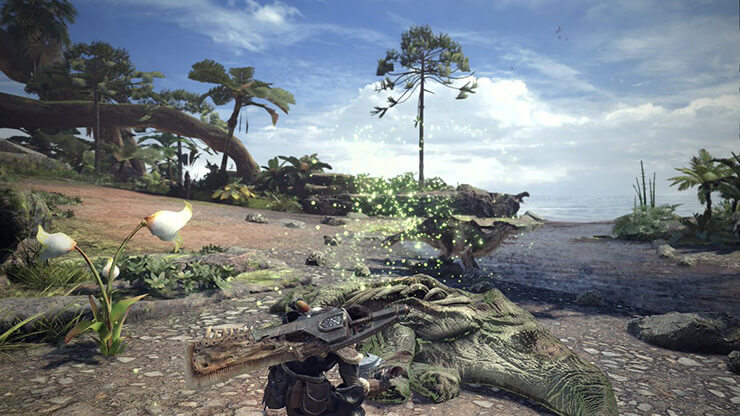 Thanks to the power of modern day hardware, we've never seen a Monster Hunter game look this lifelike and filled with color.

That also means a lot for the monsters that inhabit the Monster Hunter environments as well. Every last monster has unrivaled detail and stands out amongst its peers. As a player, you'll never get tired of the visuals because there will always be something new to impress you.

The Monsters Are Amazing

Let's be honest, the most memorable moments in many games are the boss fights. Fighting waves upon waves of the same enemies over and over can get pretty boring, so having unique, challenging fights is much more exciting. 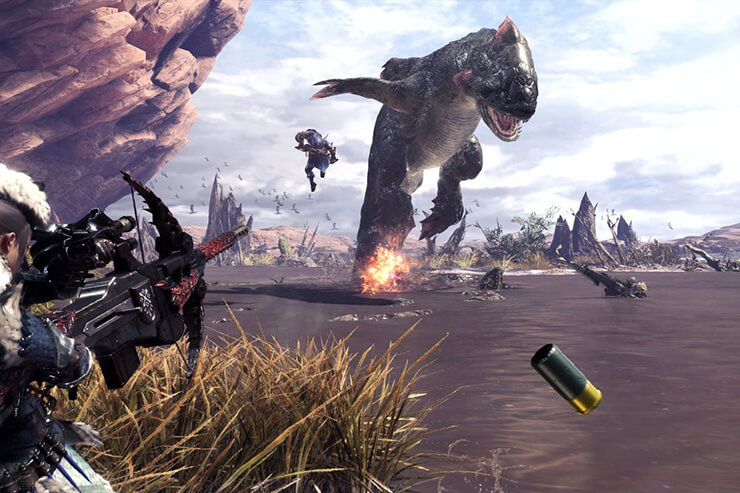 What's great is that as you progress through Monster Hunter: World, the monsters get bigger, more challenging, and more exciting to fight.

The fights you have against the monsters in the game also feel very satisfying. When you hit a monster and damage one of its legs, for example, you really get to see that damage being applied and the monster will start to limp and stumble.

This article covered just a few of the reasons why Monster Hunter: World is a great game. There's so much more about Monster Hunter to explore and enjoy, so if what we've shared here already has your interest, you'll definitely enjoy the game.

Have you played Monster Hunter: World yet? What are your thoughts on the game so far? Would you recommend it to a friend?