6 New And Cool Roblox Games You Probably Didn't Know About

List of Roblox games is growing stronger each day, and there are plenty of cool but hidden gems most users aren't aware of. The main reason why there are so many excellent games that go unnoticed is the fact that most popular games are played in huge numbers, and just a handful of Roblox gamers are willing to try out something new and original. 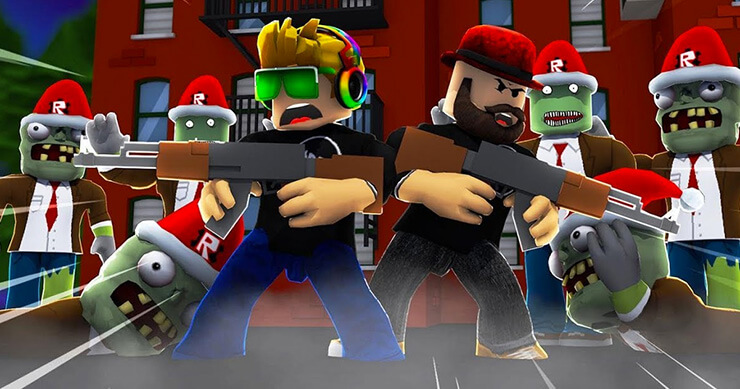 If you're one of those who exclusively play popular titles, you should definitely consider playing relatively new games that don't have huge audiences because they can offer plenty. Original gameplay, cool new experiences and something to talk about with friends. Check out these relatively new but immensely cool games to play; you definitely won't regret it.

Speed Simulator 2 takes the best part of Crackdown - collecting orbs and getting faster and faster - and based a game around it. You run around the map collecting orbs that give you steps, experience points, and diamonds. As you move and count more and more steps, you gain levels and become faster, and your jump is getting higher and higher. As you develop your speed and jump, you will be able to visit every part of the map, unlocking new challenges and new maps.

There are also regular races that give you experience if you win and also many different trails you can unlock and try conquering. And once you reach level 50, a new map is unlocked that comes with new challenges. The game came out recently, and while it is relatively poor in content at the moment, we should expect for new content to come out regularly. But right now, the game has enough content to give you a couple of days worth of fun, which isn't so bad. No matter the lack of content Speed Simulator 2 is one hellishly addictive game where getting new levels and becoming more and more powerful is sweeter than honey.

Island Royale is the best Battle Royale experience you can currently play on Roblox platform. The game features amazing graphics with excellent lighting and high-quality models. This one really looks like all those Roblox trailers with shiny visuals and colorful lighting. Next, the game is based around Fortnite's Battle Royale formula meaning there's crafting, third-person camera, and lots of different weapons that can be quickly recognized by their color. You won't find first-person camera mode here, but the game does support squad play meaning you can play it together with friends. And even if you don't have friends willing to play Island Royale and you want a bit of squad action, you can be added to random people's squads.

The map is relatively large but, as in Fortnite, it is suited for quick matches that last for around 10 to 15 minutes. Gameplay is tight, and all weapons function correctly. There's no lag and slowdowns making the game one of the most optimized on the whole platform. And, as copies go, this one is one of the best Fortnite copies you can play right now and the only Battle Royale game you should play on Roblox. There are always plenty of players around, and the game receives constant updates that bring new content and refine the game even further. A genuinely premier Battle Royale Roblox title.

This one is quite new, it landed on Roblox In February 2018, and it is quite interesting because it is basically a free version of Assassin's Creed. Of course, you won't find huge cities, immensely large open world maps, and intricate story about the eternal battle between Assassins and Templars but Silent Assassin features some of the best parts of the famous franchise.

The game features lots of maps, and each map has a fairly simple objective - eliminate your target. In order to do this, you'll have to improvise, to sneak past guards, kill your target and do all that before the timer runs out. And of course, there's a catch. The thing is that the game is a multiplayer title where one player is the assassin and other players have to work together as guards and prevent the assassin to eliminate the target.

Assassin has a simple one-hit-one-kill knife and plenty of health while guards have all kinds of weapons and a lot less health than the assassin. And we, of course, have the target, who is vulnerable and must be surrounded by guards. The game is a blast to play because there are plenty of maps to choose from and because, when playing as the assassin, you have to give your best in order to kill the target and stay alive until you escape the map. Graphics are solid, but we saw better, and there's, of course, a shop where you can get new skins, weapons, and equipment (and can get those with real money) but, overall, Silent Assassin is one extremely fun and addictive game!

A huge city fully available for exploration, a super-fast vehicle that can be used as a car, boat, and airplane, a house of your own you can fully customize and a city filled with Blox that can be picked up and that serve as the main currency in the game. This is VentureLand, where everyone can explore the game's huge (it's really huge) city, gather Blox and build their dream house. You can buy new furniture, customize walls, add new windows, even add new floors and create a huge, sky-high tower. And then you can invite friends and hang out together in your massive tower that has a perfect view of the sprawling VentureLand city.

Of course, the game features many different multiplayer events for when you get bored and want to play King of The Hill, all kinds of races, or bumper battles against other people but the core of the experience is exploration and Blox gathering. Also, you will probably want to reach all those hard reaching places that hide tons of Blox and get to know the city. And graphically, the game is as pretty as they can be, with many different buildings, lots of different environments and detailed city areas.

Bloodfest is an exciting survival co-op shooter where you and your friends must kill tons of zombies (who also have access to various weapons) and survive long enough to be victorious. Once you enter the game, you will spawn in the lobby, and the first thing you should do is select your class and appearance. For starters, it is enough just to pick basic clothing and then you should pick your class. Each class has access to different weapons and features different skills, strengths, and weaknesses. The good thing is that you can change class at any time so just pick the one you think suits you best, and later you will be able to change it at any time.

And once a new level starts you, along with other fellow players, will be transported to the game map where zombies will start swarming. There are a couple of game scenarios, and each one offers a different challenge. The classic wave-based game features ten increasingly difficult waves of zombies, and here you just have to kill as many undead as you can while trying to stay alive. The scenario involving zombie boss is a bit different. Here, you have to cooperate with other players so that one group kill incoming zombies while the other group focuses on getting down the boss before the timer runs out.

There is a fair amount of maps for a game that came out a couple of months ago, and in the future, we should get new maps, new weapons, as well as new zombie types and most importantly, new game scenarios. A cool co-op survival shooter, Bloodfest is bloody fun you can enjoy with friends or strangers.

BOOGA BOOGA is one of the best survival game you can find on Roblox platform. The game features a truly massive open world map, and it works similarly to Rust, where you harvest resources and slowly advance levels gradually being able to craft more and more complex equipment. The game is filled with people playing it so you can join a tribe and then fight other tribes or work together towards constructing your own cool little (or big, why not) tribe base where everyone can hang out, trade, craft, and build together.

There are various environments in the game like chilly ice lands, sprawling grasslands, tropical islands, and of course, volcanoes. And if you don't like playing with others, that's not a problem because the game can be played solo. Just don't try attacking huge animals because you'll probably end up dead. BOOGA BOOGA features awesome graphics (it is one of the pretties Roblox games), plenty of stuff to do and virtually endless exploration options. If you like survival games and have lots of friends on Roblox, this might be your gang's next favorite game!