What Makes Simulation Games So Interesting?

In the past decade, simulation games are a type of game that has been growing in popularity. Whether it's farming, truck-driving or just being a goat, there are so many simulation games on the market today, and it isnlt always clear why they have the level of popularity they do. 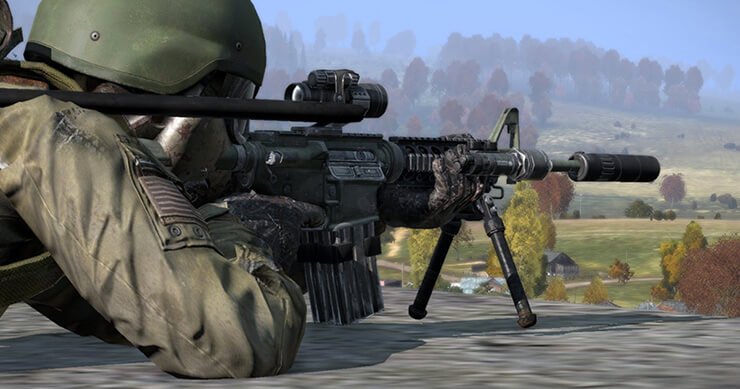 At the same time, it's clear that there are features that draw people to these games. After all, their popularity is growing rather than falling. In addition, more types of simulations are being added to the market. Let's break down these games to get a better idea of what it is they have to offer.

What Is A Simulation Game?

A simulation game is one that allows you to go through the motions of general activities in an attempt to seek rewards. They may include farming, animal husbandry, dating or just daily life. These days, more and more topics are being covered by games to allow for simulations of many aspects of life.

Many of us may remember one of the longest-running simulation games, The Sims. This unique game allows you to control the entire lives of people you create as well as their offspring, pets and more. With 4 different versions of this game, it has proven itself to be a very popular option.

While it might seem like a worthless way to do the same chores you could do in real life, these games often have a lot to offer their players. They can often be rewarding, allow for easy control and let you play with friends.

Think about running a farm in real life. Even with the tools and devices we have today, farming is hard work. Few farmers aren't working from dawn until dusk, and the work is typically dirty, smelly and very laborious, leaving many with aching bodies. 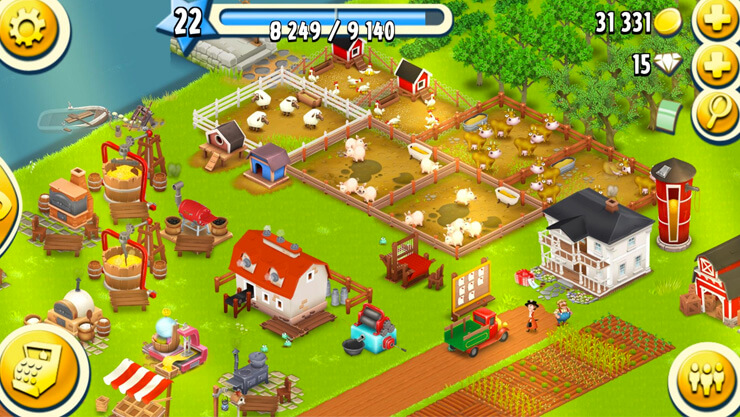 However, farming simulation games allow you to engage in the tasks in an easy way. There are also often clear goals to reach, allowing you to feel the success of running a farm without all the stress, hard work and unpleasant factors that can go into the reality of farming.

The same is true for other types of simulation games. Day-to-day life for many people can be boring, stressful, and difficult in many ways. However, watching your simulated characters freak out about fires, messes and other life issues is much more entertaining than handling them yourself in your own home.

Dating simulators are those that allow you to go through the steps of dating in a game. They often include choosing from a variety of different partner options and can often include intriguing, or sometimes even disturbing, storylines to keep you interested. Some of these games include Hatoful Boyfriend, Doki Doki Literature Club and Dream Daddy. They are known to cater to a pretty wide variety of tastes.

Farming simulators allow you to raise animals and crops among other activities to make money, get better tools and grow your farms. There are also daily chores you can enjoy like cooking, pulling weeds and designing your farm to suit your liking. There are a wide variety of these games! If you prefer something more realistic, Farming Simulator is a good option. If you want something more cartoon-like, the Harvest Moon games are also highly popular and can include aspects of daily life as well.

These are simulators that allow you the experience of a true survival situation without having to go through the suffering involved. Oftentimes, you'll start with very little or nothing in the way of supplies, and you'll have to build shelter, hunt food and sometimes survive attacks from creatures or animals. It can be very interesting to harvest supplies, make tools and create a life from scratch all on your own. 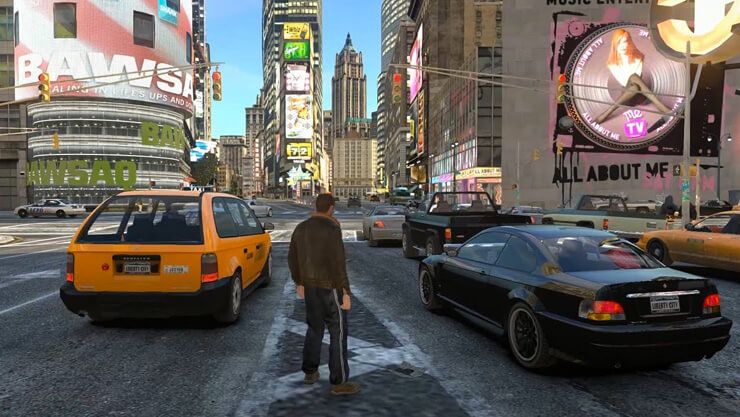 The most obvious example of this is The Sims. Though it can be treated similarly to a survival simulator, these options also include things like getting a job and cleaning the house. Characters can get married, have children, move up life's ladders and do just about anything we can. They can even purchase houses, move and go on vacations. Another choice in this genre are the Animal Crossing games.

Why Are They Interesting?

While they may seem like just another method of doing chores, simulation games are clearly something that people purchase and play often. The question is, what is it that drives people to want to play these games? Let's take a look into some of the fun features to get an idea!

There's So Much To Do!

In many of these games, there are multiple tasks you can accomplish. For example, in a farming game like Harvest Moon, you can not only grow plants, but also sell them, raise animals, mine, fish and even get married if you choose to. It's not just about doing repetitive tasks, but about having a lot of things to do to keep daily life in the game going.

In some other examples, there are also games that simulate a survival situation, which have become a genre all on their own. These games give you the experience of being in an unknown place with nothing more than an axe without actually having to get lost in the wilderness.

There are fun aspects to these kinds of activities that we get to see more when there isn't suffering piled on top of it. As a result, we can have a good time doing things that would normally be very tedious.

The Rewards Are Greater

Furthermore, in the real world, rewards for certain activities can change or disappoint easily. Market prices can go down, or other events can occur that make the real-world activities a lot less enjoyable. The same is not typically true in the world of gaming. 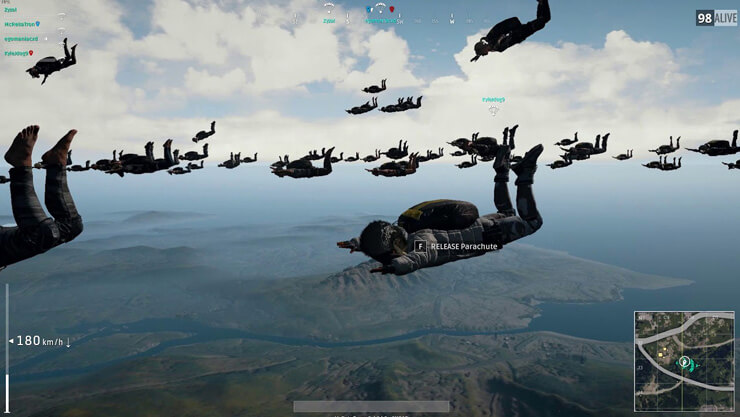 Generally speaking, games simply require you to meet certain requirements, then allow you to reap the rewards from them. For example, you might earn more money from crops you sell, you may get benefits that allow your characters to eat less, get tired less often, or just have an easier time living.

Because it's a much more simple process, people don't experience as much stress. They don't often work for months to grow crops that just aren't worth enough on the market. That's not to say it can't happen, but the reward requirements are generally much more clear and concise.

There Are Fantastical Additions

In many of these simulation games, there are touches of fantastical additions. For example, day to day life in The Sims is pretty similar to our own lives, but there are also things like The Grim Reaper, the Cow Plant and other small additions that add a touch of darkness and magic.

Meanwhile, in other simulation games we may see less of this, but some other aspect is exaggerated. Maybe you get tools that are overpowered, or have to face enemies that don't exist in the real world on top of your typical chores. These little pieces help to keep the games interesting.

The Drive To Keep Going

Because in these games there is so much to do, people often become addicted on some level. They're always trying to reach the next goal in the game, which comes with rewards, new possibilities and more. 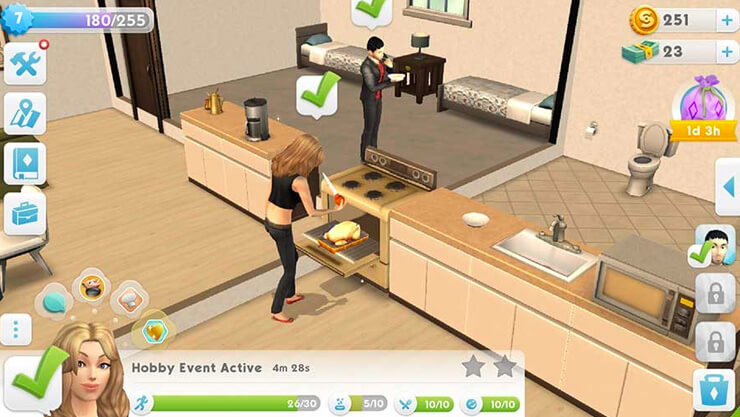 For some, it's as simple as wanting to see the next generation in their Sim family. For others, getting better tools, power boosts and the ability to make more money is a strong driver. This is something that isn't always offered in the real world, where more work doesn't always mean more money.

This drive can also make it easier to sell extra content and game sequels. People begin to know what to expect and look forward to the game they love with a few extra fun pieces. The more people crave playing the game, the more game makers can earn by providing those additions for them to enjoy.

In most cases, people can get a lot more from simulation games than they expect to. Those who aren't familiar with them might think they appear boring, or like a lazy way to do a real-life activity. However, they allow for more fun and a higher level of control overall.

Essentially, players of simulation games get to enjoy the pleasurable aspects of the activities without the stress, anxiety or wear and tear on the body that can come from the real thing. Essentially, they get a safe way to explore real-world situations and activities in a safe, controlled way.