Looking for new mobile strategy games? We've got you covered. In this list, we will showcase the top strategy games currently available on Android and iOS. 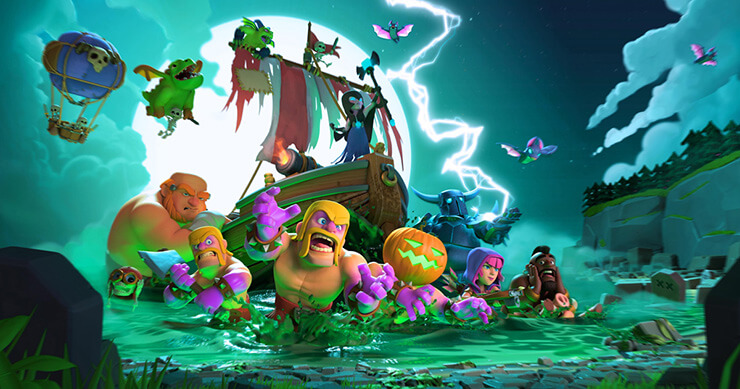 All of these games offer different experiences but they all share one similar thing. You can outsmart your enemies, whether AI or other players, with careful thinking and strategic gameplay.

Without further ado, let's take a look at the top strategy games out on mobile today.

Clash of Clans is one of the most popular mobile games in the world. 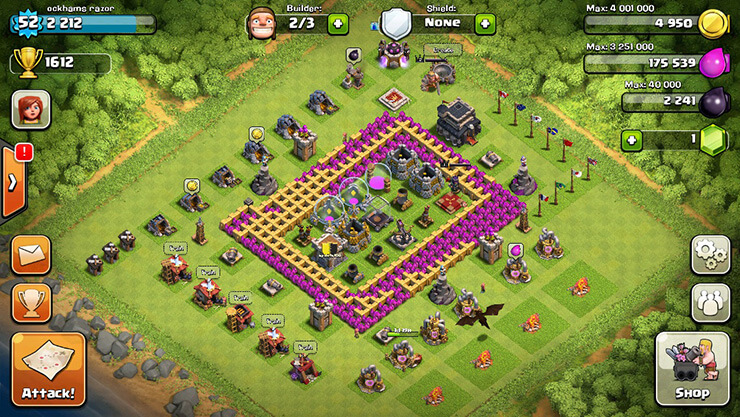 Unfortunately, the game only really starts to get interesting after you've invested a lot of time into building up your village. This process can take multiple days, so you won't be able to sit there playing it all day.

However, if you like casual games that you can open up and play for a few minutes here and there, Clash of Clans is perfect.

Boom Beach is another popular game by Supercell, the team behind Clash of Clans. The gameplay experience is quite similar to Clash of Clans. By that we mean you still have to build your own city and upgrade it over time. 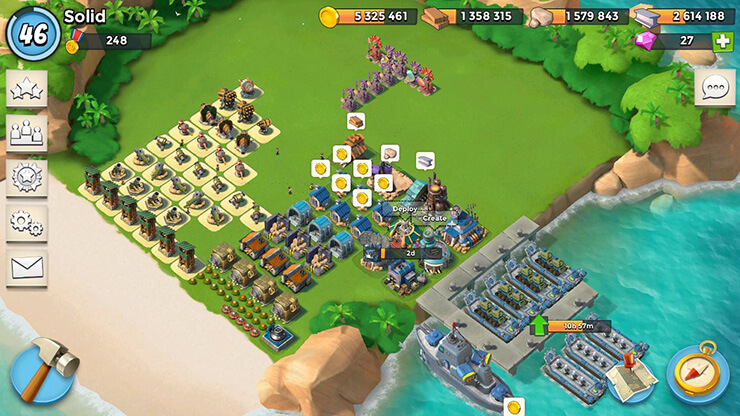 At the heart of it, Boom Beach is a very casual strategy game. You will slowly progress through Boom Beach over a long time as you put in small gameplay sessions here and there throughout the week.

There are elements in this game that are unique to Boom Beach. For example, you can take on missions to fight bosses or team up with players to take part in co-op missions that offer additional rewards.

Developed by the same people as Clash of Clans and Boom Beach, Clash Royale is another strategy game that's incredibly popular. The gameplay in Clash Royale is very different and is more suitable for those that like to fit in longer gaming sessions.

In Clash Royale, you fight other players in quick 5 minute matches. There's no limit to how many matches you can play each day.

In a match, each player has three towers and a deck of troop cards. Players can place down troop cards in any order they please, so long as they have waited enough time to grow enough energy points to place the troop down. 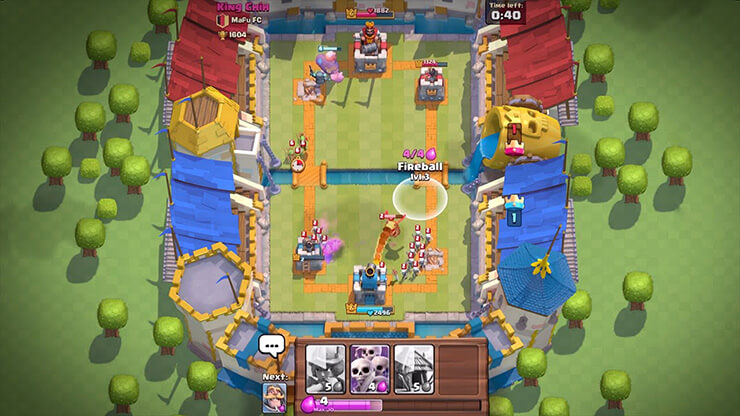 There are also spell cards that deal extra damage or add different effects to the game.

There are two elements of strategy in Clash Royale. The first element is strategizing the perfect deck of cards. With only eight card slots and dozens of card types, you have to think carefully about your deck.

The second element is outthinking your opponents when in-game by placing troops to counter what your opponent is using.

There's a ranking system in Clash Royale so if you like competitive strategy games, you'll love Clash Royale.

XCOM: Enemy Within is one of the best mobile strategy games out right now.

Unlike most strategy games, which feature microtransactions and pay to play gaming, XCOM Enemy Within feels like a fully fledged video game. It's actually the same experience you can find on the PC, but fine tuned for mobile.

So what is XCOM exactly? It's a strategy franchise where you control a group of soldiers as you take on enemy threats.

Combat is turn based and each soldier is equipped with a variety of different abilities. You have to use careful thinking to plan out which abilities should be used and when. XCOM: Enemy Within also adds a number of RPG elements through story and soldier level progression.

The Battle of Polytopia - Free

The Battle of Polytopia is a 4X strategy game, which is the same genre that the Civilization franchise falls under.

In Battle of Polytopia specifically, you must take turns with AI or other players as you grow your city, explore the world, and battle tribes.

Polytopia shares similarities with Civilization but the strategy elements are a little toned down. Battle of Polytopia is also a free to play game, although more content is unlocked by paying for it. 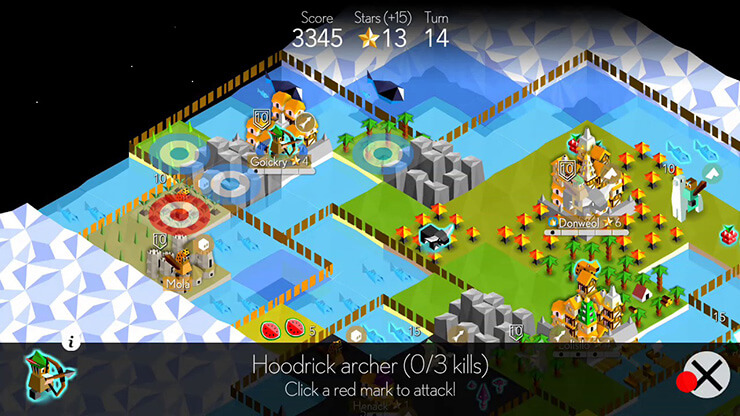 I also think that Polytopia is more of a better experience for the typical mobile game player. Everything has been built from the ground up to be suitable for casual players.

In contrast to this, Civilization Revolution shares many features that are a bit complex and overwhelming for a more casual audience.

We'd suggest playing Polytopia first and if you'd like something a little more challenging, consider getting Civilization next.

Civilization Revolution 2 is another game that comes from a popular cross-platform franchise.

The Civilization games have been around for years and Revolution 2 takes that experience to mobile. With Revolution 2, many game mechanics are carried over, but gameplay is sped up so that you can fit in games in a shorter time span.

In Civilization Revolution 2, you take control of a famous leader in world history. Your objective is to build your civilization and win the game by waging war, developing politics, or progressing your science and technology research. There are multiple ways to play and endless choices to make.

Like XCOM, Revolution 2 costs quite a lot for a mobile app, but the price is well worth it when you consider that the game feels more like a PC game than anything else.

Banner Saga 2 is a story based role playing game that puts you in control of a viking clan as you fight to survive in a land that's filled with conflict. 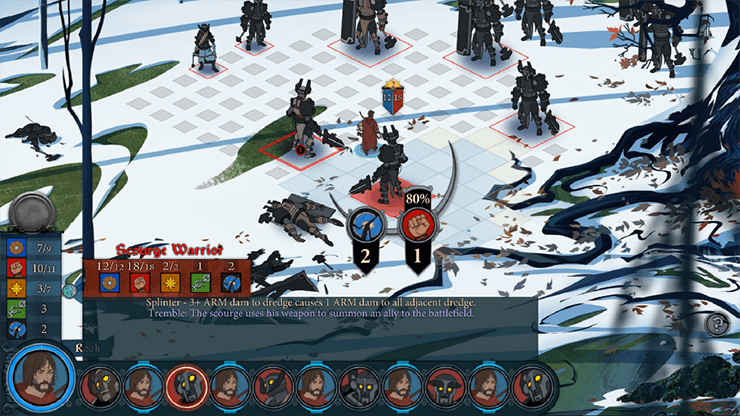 There are many strategy elements in Banner Saga 2. For example, the combat includes tactical turn-based strategy. You must also carefully manage your caravan so that your viking civilization survives and thrives.

On top of the great strategic elements and RPG features, the story is a real selling point for Banner Saga 2. The game has won many awards for creating such an immersive, gripping experience.

Thanks for reading our article on the top mobile strategy games. Which of these games will you be trying out first?