Why You Should Go See Slender Man

Published in Entertainment on 24th August, 2018

With so many new horror movies coming into the theaters, it can be hard to tell which ones are truly worth watching and which are going to lack any real entertainment. For those who are intense horror fans, the standards for what is good can also differ from the general public.

One recent addition to theaters is Slender Man, which is based on internet-based lore that many of us are familiar with. We're going to take a look into why this film is worth the viewing journey as well as what you can expect upon going to see it. We'll also provide a little background information on the Slender Man himself.

What Is It About?

The Slender Man can be seen as a modern-day version of The Candyman or Bloody Mary. It's a creature that can seemingly appear at random, or be invoked through some manner of ritual. For the most part, it depends on the story you're listening to or watching.

In the film, three such young people decide to attempt summoning the creature. When one of the trio disappears, the others become concerned that this fictional being may have actually made an appearance. From the occult, to visions and pure insanity, this film is one wild ride.

What those involved in summoning the Slender Man don't realize is that it isn't just a vision that will terrify them. The creature refuses to stop until everyone involved in the summoning is pulled away into the darkness, never to be seen again. To know the ending, you'll have to watch for yourself.

Where Does The Slender Man Come From?

The Slender Man is a unique character because he is one of many who got their start on the internet rather than in the real world. Unlike other frightening cryptid characters like The Jersey Devil, Mothman and other familiar faces, Slender Man began as a story on the web.

While the character began as a fictional internet meme, his reach has definitely spanned into the real world. Some may have heard of the situation that occurred years ago, involving two girls who attempted to sacrifice their friend to the being. In addition, video games and Youtube series such as "Marble Hornets" have taken their own views on the character. 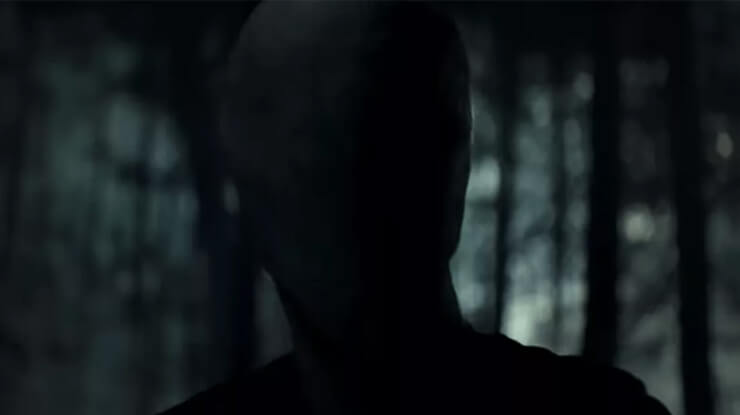 For those who haven't seen much of Slender Man prior to the creation of this film, he is known to be a character that is abnormally tall, looming over those he comes into contact with. He's also often seen in forests and is known to focus primarily on children.

What Makes The Slender Man Scary?

To begin with, Slender Man offers an appearance that is unnerving. The being seems almost human, but with some twists that cause you to look twice. He's largely a humanoid figure, but with limbs that go far beyond those of a typical human.

Another frightening aspect is that Slender Man often appears to have no face, which means there's no way for victims to tell what his intentions might be. In some cases, he can also appear to be very tree-like, with root-like appendages or tentacles erupting from his back.

One of the things that makes the character horrifically frightening is his focus on children. While adults may have a chance of fighting back, this creature prefers to hunt those who have little chance of escaping. Lastly, the being is largely silent and can appear in a split second, meaning victims have little to no time to escape his wrath.

Due to the nature of the film, there's a good chance there will be plenty of jumpscares, spooky scenes and a closer look into the character of The Slender Man than many of us have seen so far. It's also noted to be rather nightmare-like.

The Slender Man film offers an interesting concept, taking an internet-based creature and bringing it out into the general media. If you're someone who has an interest in Slender Man, or creepypasta internet stories in general, this one is going to be worth a watch.

Many of those who have seen the film so far do claim that it's poorly executed. So if you're someone who tends to agree with the masses, then this might be one to skip. However, if you like to take the path less traveled and form your own critique, it can't hurt to check it out.

Is It A Good Film?

Overall, this is going to depend on what you as an individual like in horror films. For the most part, it hasn't received glowing reviews, but some may claim that there are many decent horror films out there that receive the same treatment. 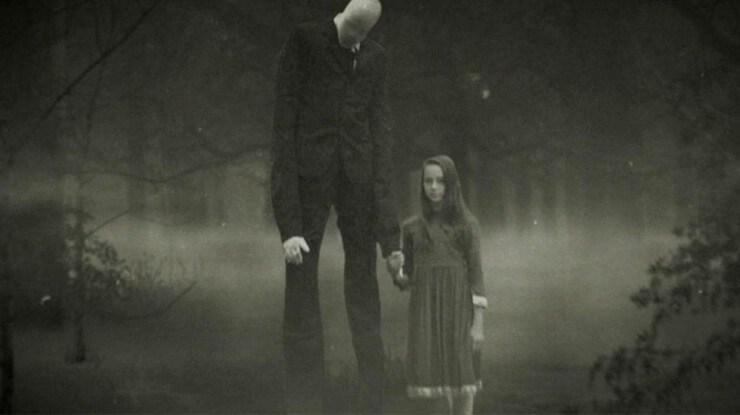 Consequently, it's going to be up to you to watch the trailers, do some investigating and, most importantly, watch it for yourself. For those who like to be prepared, most of the current ratings out there are that around 10-30% of viewers enjoyed the film, while the rest found it to be poorly executed.

Who Does This Film Cater To Best?

There is an age-grouping that this film is clearly directed towards, due to the use of Slender Man at all. Because the creature got his start in around 2009 on the internet, it's largely those in their teens and twenties who are going to be most familiar with the Slender Man.

It's also a fantastic option for those who enjoy creepypasta stories, or internet-based horror stories. If you aren't sure about the concept of Slender Man as a whole, you can also check out other mediums that make use of the character to help decide whether or not the film is worth the watch.

Overall, there's a lot to be interested in when it comes to the Slender Man film recently released, and plenty of reasons to go check it out. If you're someone who is very picky about horror films or tend to agree with critics, it may be worth trying to keep an open mind about what you see.