You might be surprised at the number of free PS4 games available in the PSN Store right now. We'll be showcasing some of the best free games here to show you exactly what we mean. 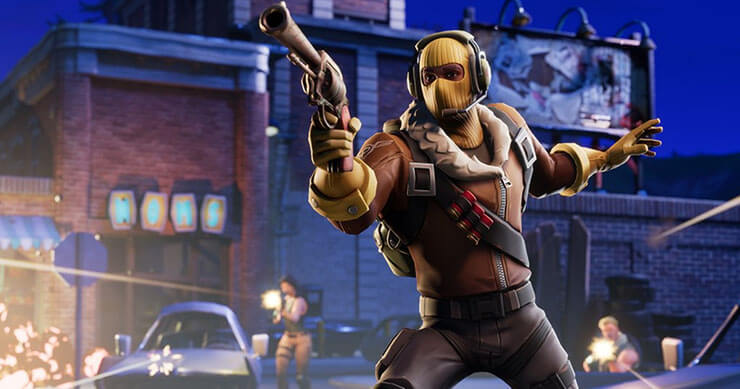 If you're after a new game to play, but don't have any money, something on this list will take your interest.

If you haven't played Fortnite already, we'd be surprised. Fortnite is undoubtedly the most popular game in the world right now. We're sure it doesn't need any introduction. 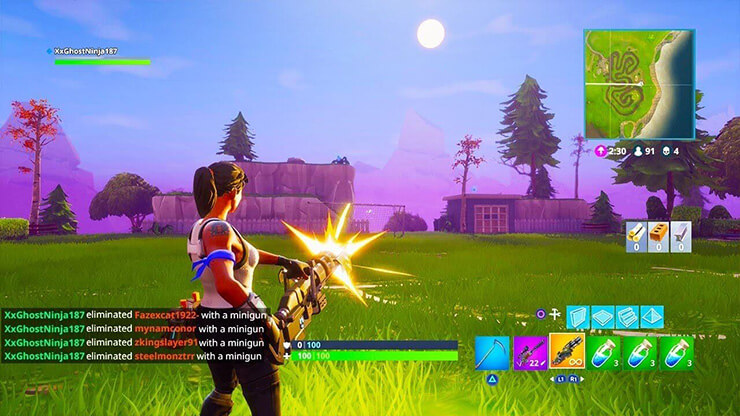 Fortnite is completely free to play. Whilst you can spend money to get new missions and cosmetic items, there are no gameplay elements in Fortnite that are locked out to paying members.

Regardless of whether you pay or play for free, you'll always be on equal footing with other players.

Smite is a mobile battle arena game like League of Legends but the game uses a third person camera angle.

In Smite, two teams of five have to fight on three individual lanes, killing minions and other players for gold. Gold can be spent on more powerful items to boost the effectiveness of different abilities. 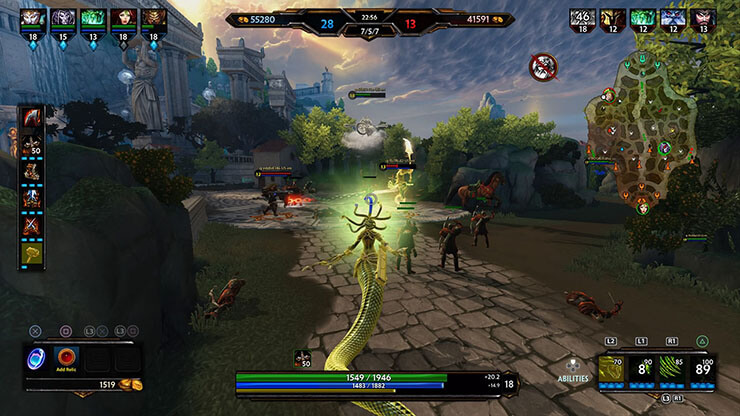 As the game progresses, each team must try to destroy towers on each lane and eventually destroy the enemy's base once all towers on one lane have been destroyed.

The MOBA genre is very popular on PC, but with Smite turning it into a third person action game, it's finally a MOBA that's perfectly suited for the PS4.

Smite is free to play, but you can spend money to buy new playable gods or cosmetic skins. All gods can also be purchased with currency earned in the game.

Warframe is a third person action shooter game with complex RPG mechanics and a looting system. Warframe has often been compared with Destiny, but despite being free, the content in Warframe is far more expansive.

There are dozens of "frames" that can be unlocked and upgraded, each with their own unique abilities and equipment. As you unlock new frames, you can progress through the open world missions, complete repeatable instances, take part in PVP, or play through a variety of other game modes. 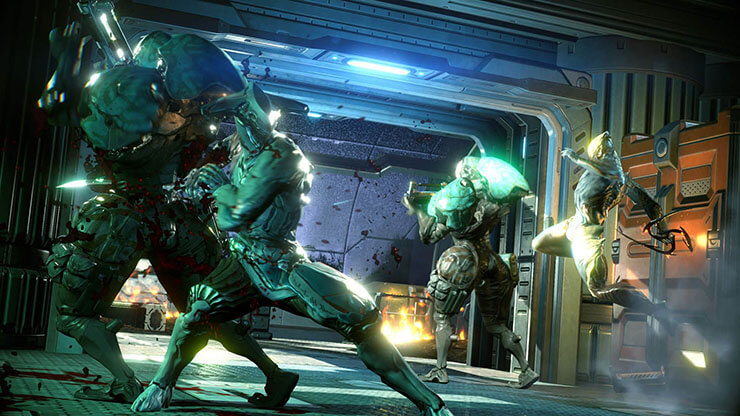 There's just so much content in Warframe that you'll never get through it all. With that in mind, Warframe does cater to a certain audience. Because there's always something bigger and better to work towards, you'll always be grinding missions for new resources.

If you like MMOs or games like Monster Hunter: World, you'll love Warframe. If you prefer more varied gameplay, it's a bit of a coin flip as to whether you'll actually like it or not.

Today, H1Z1 is available as a free to play game on both the PC and the PS4. It offers a different experience than Fortnite. There are no utility items and only a small selection of weapons, so looting doesn't take very long. Instead, H1Z1's gameplay focuses on who can aim better. 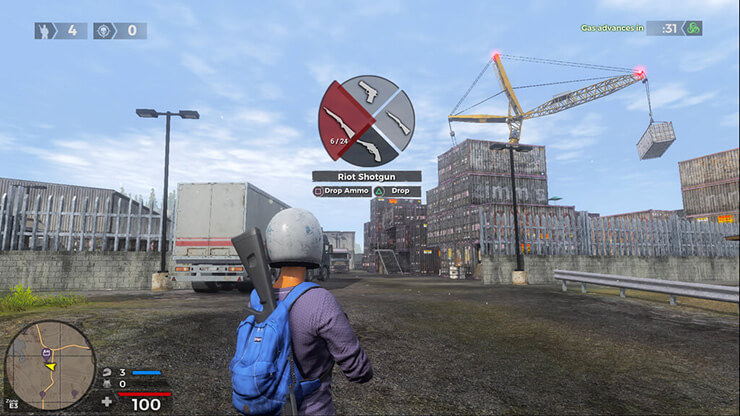 There's also an "Auto Royale" mini game in H1Z1 that mixes things up a little by letting groups of four take control of a heavily armed vehicle in team based open world combat.

In both the standard game mode and the Auto Royale mode, only one player or team can remain victorious each game.

Brawlhalla is a free to play fighting game that often gets compared to Super Smash Bros. It has many similar gameplay features. For example, two to eight players pick one of 41 different characters and they must fight to knock their opponents off of a small floating stage.

Just like with Super Smash Bros, the more damage you to do your opponents in Brawlhalla, the more they will be knocked back with each hit. The idea is that it becomes increasingly more difficult to stay on the floating stage as you take more damage. 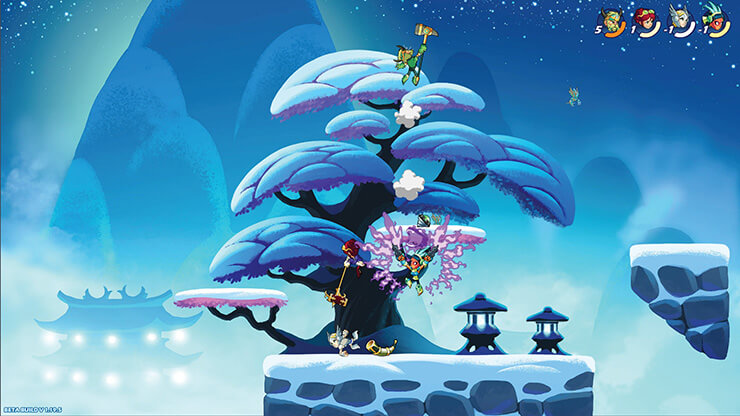 Many people criticise Brawlhalla for being such a copy of Super Smash Bros, but considering that Smash Bros isn't available on the PS4, it's a worthy alternative.

The Brawlhalla characters and their abilities are unique and so is the overall level and art design. So, despite the similarities with Super Smash Bros, we'd disagree with the popular opinion and state that this game is a decent alternative that simply shares the same genre.

Gwent: The Witcher Card game has become a dark horse in the TCG video game community. Whilst many people are often touting Hearthstone and Magic the Gathering, we have to give a nod to Gwent. 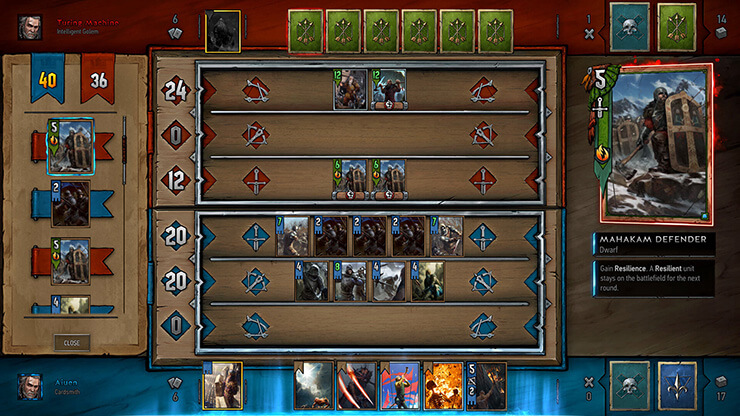 Both of the former games are great, but for us, Gwent offers the most unique experience. Gwent is based on the same card game that has been featured in The Witcher 3, so if you played it in that game you'll be somewhat familiar with it.

The full standalone game has been padded out with more cards, better gameplay features, and a full player versus player ranked competitive mode.

World of Tanks is our final game on this list. Despite being such an old title, it still stands out amongst the crowd. When it comes down to it, there are just no other games like it on the market.

World of Tanks can be considered a shooter, but it's not like any shooter you've played before. Every player takes control of a tank in a massive team vs team tank shootout. 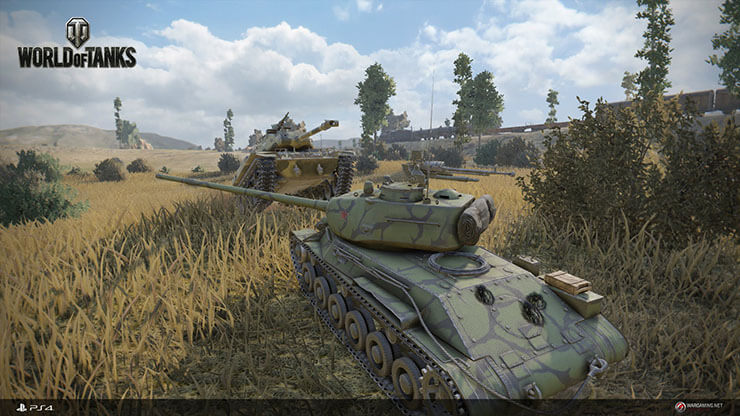 Once your tank is destroyed, you'll be back to the menu and will have to wait some time for your tank to be repaired. In the meantime, you can upgrade your tank's equipment, buy new tanks, or go into another game with a different tank.

There are a variety of tank tiers - some are slow, heavy hitters, whilst others are quick moving armored vehicles designed for flanking. You can also play as a variety of artillery vehicles.

There's a surprisingly active competitive scene that surrounds World of Tanks and there's a lot more than meets the eye when it comes to tactics and strategy.

That's the end of our list! We hope that you'll enjoy trying these free PS4 games when you get the chance. Each game in this list can be downloaded for free from the PSN Store.