9 Reasons Why The New Spiderman PS4 Game Is Worth Getting 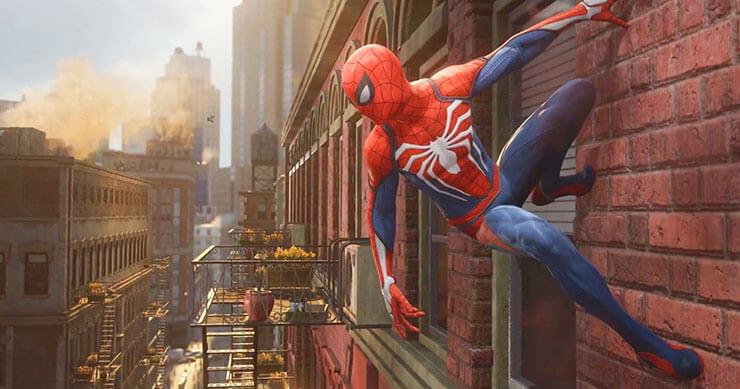 We've listed the main features and gameplay elements that help to define the new Spider-Man game so it should be quite easy to make an informed decision after you've read the article.

You Get To Fight Plenty of Superstar Villains

One of the most exciting things about Spider-Man on PS4 is that you are given the opportunity to fight many different Marvel villains. In past Spider-Man games, there's usually one main bad guy and the bouts with other villains are short lived.

This isn't the case for the new game. You'll get up close and personal with many different popular villains from both the Spider-Man universe and the overarching Marvel universe.

The biggest group of villains are the members of Sinister Six, a team that was composed specifically for bringing down New York's friendliest neighborhood Spider-Man.

The full villain list doesn't stop there, either. Expect to fight Kingpin, Shocker, Taskmaster, Silver Sable, and even Black Cat.

There may be more villains included in Spider-Man but the names listed above are the ones that are guaranteed so far.

Web-Slinging Has Never Felt So Good

Remember the old Spider-Man games on the GameCube and PlayStation 2? Insomniac Games looked long and hard at those games and used that for their inspiration for the new web slinging mechanics. 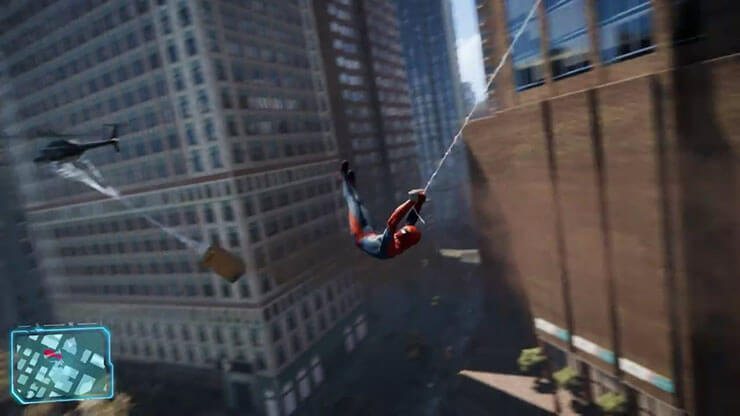 They took things further by fine-tuning the system to make it feel more intuitive for new players. Most importantly, the webs you fire will actually stick to buildings, unlike other past Spider-Man games.

This is something that long time Spider-Man fans have complained about in past games, so it's good to see that Insomniac really cares about getting every little detail right.

The Open World Will Be Huge

Because Spider-Man is based in New York, Insomniac Games has built their very own version of the city with a variety of real life landmarks included. There are some fictional elements and other features thrown in, too.

Insomniac's version of New York is absolutely massive. To begin with, only a small portion of the map will be available to the player. The player will need to explore the map further to unlock the full map size.

Sometimes, big open worlds aren't a good thing. If the world isn't filled with detail and character, you may as well not have an open world at all. 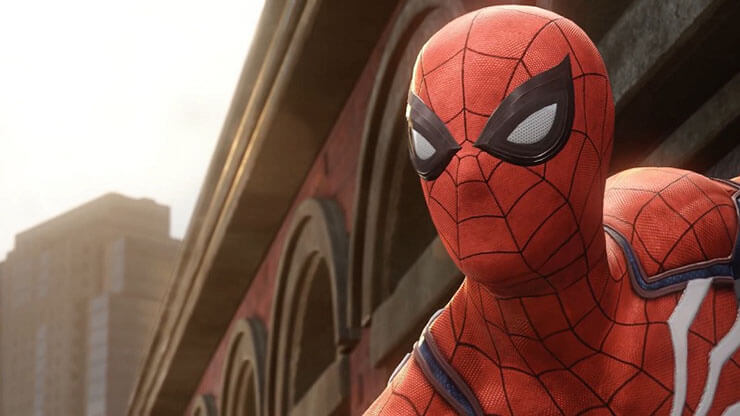 Thankfully, Insomniac has jam-packed their version of New York with easter eggs, collectibles, and neat things to explore. If you're a fan of collect-a-thons, you'll absolutely love what Spider-Man has to offer.

In this same vein, if you are a huge Marvel fan, there are definite nods to the Marvel universe that'll get you excited when you find them.

Being able to swing through the city, punch bad guys, and tie them up with web is pretty cool, but Insomniac Games wanted to take things even further. 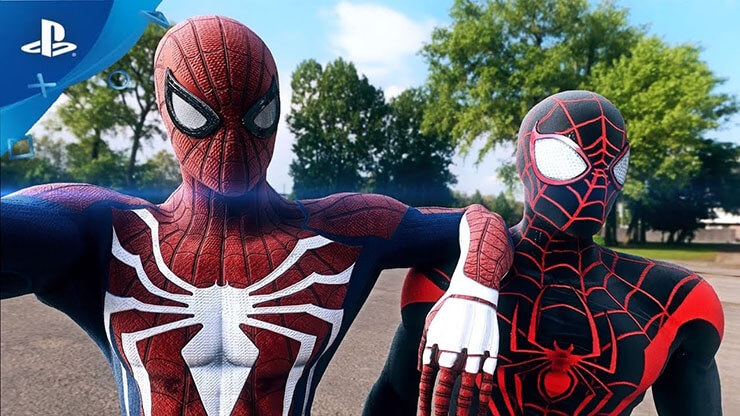 Players will be able to unlock multiple different costumes as they play through Spider-Man on the PS4. Each costume will have its own unique set of abilities for the player to get their hands on.

Players are given the freedom to pick and choose what costume to use, and more importantly, which abilities to use and upgrade.

The Story Has Depth

With the sinister six playing an important role in this new Spider-Man game, it's safe to say that a lot of thought has gone into the main campaign. There will be rivalry and bitter moments between Spidey and his foes, and maybe even a little bit of betrayal.

The story will also touch on Spider-Man's life as Peter Parker, and there will even be playable levels where you get to experience life from Mary Jane's point of view.

Throw in all of the additional sub plots in all of the side missions and you have one of the most complex Spider-Man stories ever seen in a video game.

Expect Lots Of Side Missions

We should give a little extra attention to the side missions in Spider-Man. Just like the original trilogy of games, there will be plenty of activities to keep you busy as you swing through the city. 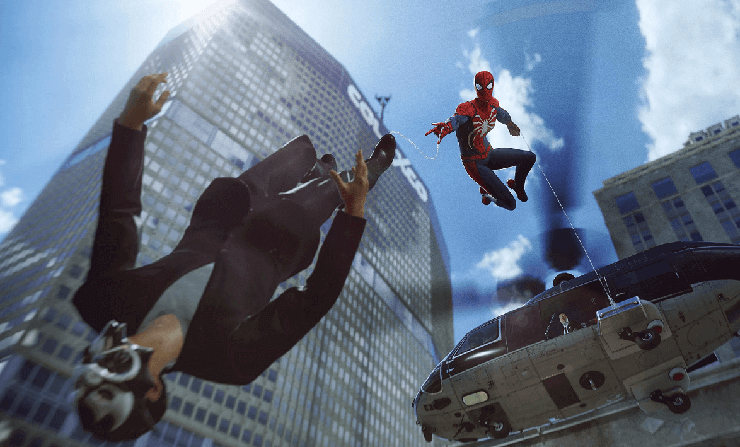 Whether you're helping civilians from danger, stopping your average crooks from robbing a store or taking a visit to see one of Spidey's biggest enemies, there is plenty of gameplay content to explore outside of the main campaign.

We're not yet sure how many hours of gameplay content will be available in Spider-Man, but we know that it's padded with a great story, plenty of side missions, unlockables, and dozens of collectibles and easter eggs.

Even if Spider-Man isn't the game you're looking for this year, it'll keep you occupied whilst you wait for the game that is.

It doesn't matter if you are reading this the day after launch or 2 years after launch, if you haven't picked up Spider-Man yet, it'll always be an option for passing the time when you just haven't got anything else left to play.

A video game development studio is a business like any other, so profit will always be important. However, sometimes game studios lose their vision or passion for development and are pressured by their publisher to focus on monetization and releasing a game quickly. 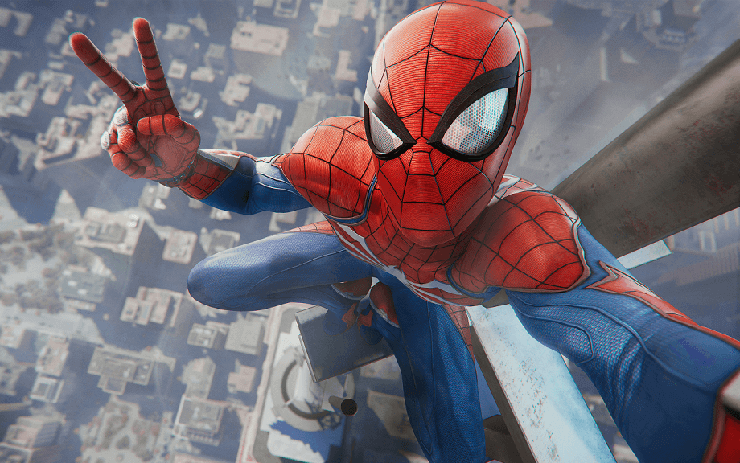 With Spider-Man, we're lucky to have Insomniac Games at the helm. They are a team of veteran developers that are very, very passionate about making a Marvel game everybody can love.

Thanks for reading our guide to the top reasons why Spider-Man is worth getting. Do you agree with these points?