Why Violence In Art Isn't A Bad Thing

Published in Lifestyle on 3rd September, 2018

Violence is something we see often in the world around us. However, it's something that many of us also wish we could avoid. Whether it's on the news, in art or taking place in real life, many aren't fond of the concept. It makes sense, considering it often results in the injurt or death of another being. 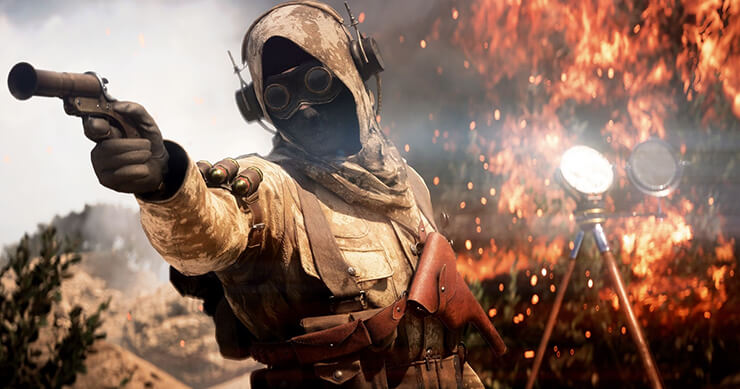 However, it's important to be able to tell the difference between a safe space for violence and everywhere else. While violence in the real world is something to avoid, violence in art can teach us more about the concept without actual harm coming to any individual. As a result, it's a tool to be used rather than avoided.

What Kinds Of Art Depict Violence?

There are a wide variety of art types out there, and we can see violence in just about all of them in some form. These venues can include video games, painting and drawing, music and film. Having a full understanding of these venues is key to seeing how violence in them isn't bad.

Violence in varying levels appears in many video games. Even those for younger parties involve hitting, spinning, or jumping on enemies. In the more adult games, things like fighting competitions, killing zombies and monsters and more suck us into a world where we are the heroes.

While there are some who have concern for violence in video games, it's important to note that virtual violence is safe violence. It occurs with fictional beings in a world where no one actually gets hurt. Being able to take out darker feelings on fictional beings can be highly useful in relieving stress.

There can also be violence in drawings, paintings and similar art methods. In many situations, these may represent actual historical events or use violence to send a message to the audience. Take for example, Picasso's Guernica, which represents the horrors that come with war in a very abstract way. 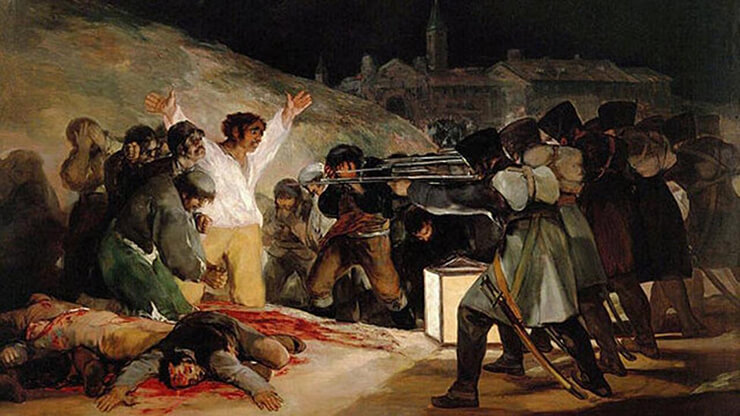 Consequently, the violence in these forms are used to teach lessons. They either allow for a deeper look into events that actually occurred or make an attempt at teaching viewers why things like war are unhealthy and cruel. They display harsh truths that many would prefer to avoid, but that are important to be aware of.

Music is another type of space in which violence can be used to send a deeper message. Certain styles of music like metal and some form of rocks may include representations of violence in their lyrics. In many cases, we can consider this to be something like a darker form of poetry.

Depending on the intention of the artist, the use of violence in lyrics can also work to teach lessons in a shocking way, similar to what we might see in drawn or painted art. Whether it's commenting on violence in the real world, using metaphor to send a message or just tell an interesting story, it can be useful in plenty of ways.

One of the most common places we see violence is in movies and TV shows. In many cases, violence fuels the protagonist's ability to look cool, protect the world or just fight for the sake of their own life. Due to the style of many film and show climaxes, violence can be a difficult thing to avoid. 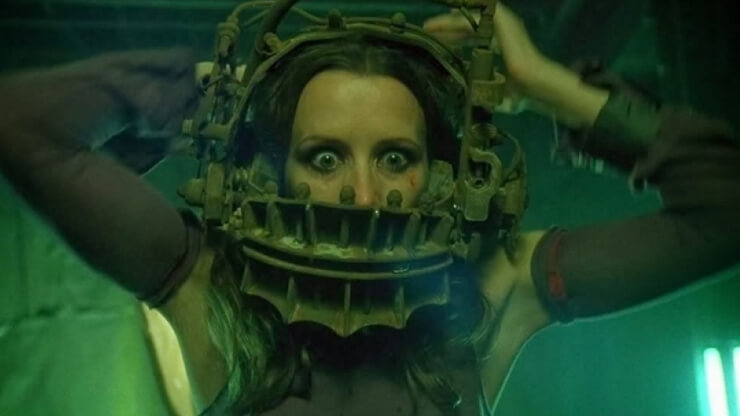 Just like in other art forms, violence in film is typically fictional. Aside from the odd accident, there is no intention for people involved to actually get hurt. Violence involved is typically designed to keep the story interesting, further the plot and most importantly, make money.

Why Isn't It A Bad Thing?

It's normal for people to dislike violence, but it's wise to consider in what ways it can be useful. While the act itself is often destructive, the depiction of the act can be used in a number of helpful ways, from stress relief to education. When you're seeing violence in some kind of art, it's best to try asking yourself what purpose that aspect of the art seeks to achieve.

Violence is all around us. It's truly everywhere. When it comes to the real world, this is a problem. Naturally, hurting others is not a positive thing, and not something we want to support. Violence in the real world results in people and other beings getting hurt, but the same isn't true for violence in art.

The key point is to remember that while real violence results in real pain, violence in the various art forms does not. It uses fictional beings in fictional situations for an artistic purpose. Sometimes, this purpose is even to show us the damage that violence in the real world can cause.

In these situations, it's best to not turn a blind eye to what the art has to offer. Meanwhile, other instances seek to send other kinds of messages commenting on parts of society. Others still, exist for the sake of art. Whether it's contributing to a plot, shocking the audience or something else, violence in art can be a useful tool.

Because no one gets hurt in the process, art is a safe place. Human beings can often ride the line between being completely good and completely bad. Sometimes we get stressed out, angry or tense and need ways to relieve those feelings. Art can allow us to do that without causing damage to the real world or to any other living being. 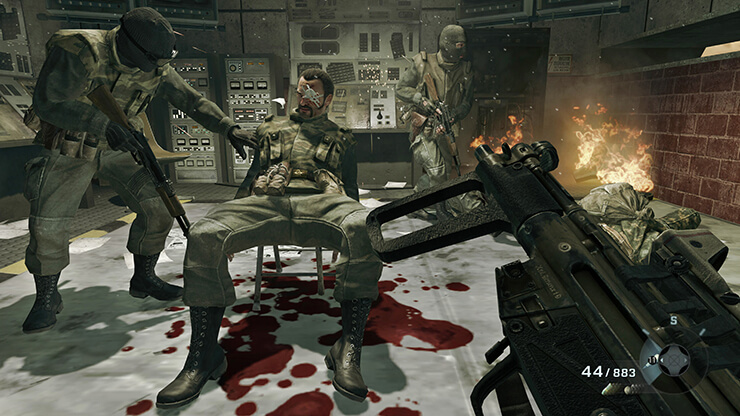 Imagine having a stressful day at work, leaving you irritable or even angry. Many choose to go home, put in a video game and take out that stress on video game monsters. No one is hurt in the process, as the monsters are purely fictional. Furthermore, the person gets that much-needed stress relief. Violence in art allows us to relieve intense emotions in a healthy, safe way in a virtual world.

There's a large difference between supporting the idea of violence and having knowledge of it. The latter means that you're aware of violence, what it does, when it happens and what it results in. This can include seeing things you may prefer not to, such as particularly intense artwork.

However, when we see these things we may not want to, we continue to have the understanding of what we don't want and why. Imagine yourself in a world where violence has disappeared, at least everywhere but real life experiences.

It may sound nice to some, but when we ignore those aspects of the human condition, we forget they exist. Before long, those who have no concept of violence begin to wonder why it was bad to begin with, then it becomes introduced into the cycle yet again. Meanwhile, knowledge of violence, even though it may not be enjoyable, is useful.

Like other animals on Earth, human beings are very capable of being violent. Some of this violence, at one point, was necessary. For example, there was once a need to hunt for our meals, the same as any lion or tiger would do. 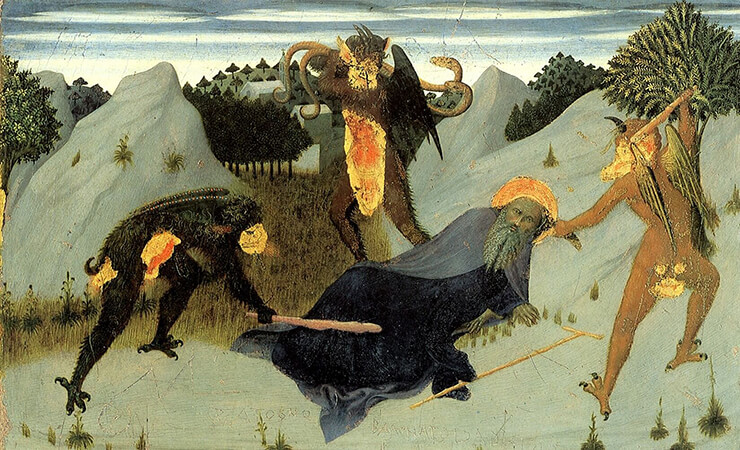 Today, this part of our nature still exists. The only difference is that for the most part, it serves less of a purpose. Most people are able to leave this part of ourselves out of our lives without a problem, but for some it can result in the build up of tension. In some cases, this tension can result in violence in the real world.

Instead, it is far better to keep the violence in art. Violence that is fictional and that harms no one allows the audience to not only blow off steam, but also learn about the consequences of real violence. As a result, we can be better prepared to avoid the real thing.

It's easy to see violence as a negative thing. When it takes place in reality, it absolutely is. However, it's important to make sure that you don't confuse real life violence with those that appear in music, film, video games and other forms of art.

Instead, use these venues as the tools they are. Ignoring the less positive feelings that humans can have isn't healthy. It's far better to find non-harmful ways to release that tension. Video games, paintings, music and more can allow humans to do something with the darker feelings that don't harm anyone else.