The Legacy Of The X-Files Movie

Published in Entertainment on 3rd September, 2018

The X Files is one of the most iconic TV shows of all time, with its blend of alien mythology combined with monster of the week episodes that explored everything from urban legends, technological advancement, and even religious myths, it became one of the biggest shows of the 90s before petering out with a final lackluster ninth season in 2001. Since then, the show has never really left the pop culture landscape, with a second film premiering in 2008 and a revival series that aired in 2017 and a second batch of episodes landing at the beginning of 2018. The legacy, and continued popularity of the show speaks for itself, as well as its influence on shows like Buffy the Vampire Slayer and Supernatural, but the two movies, the aforementioned 2008 sequel, and the 1998 original, are rarely talked about. So, with each movie marking an anniversary this year: 20 years for The X Files: Fight the Future, and 10 years for The X Files: I Want to Believe, lets take a look at what these movies bring to the overall franchise. 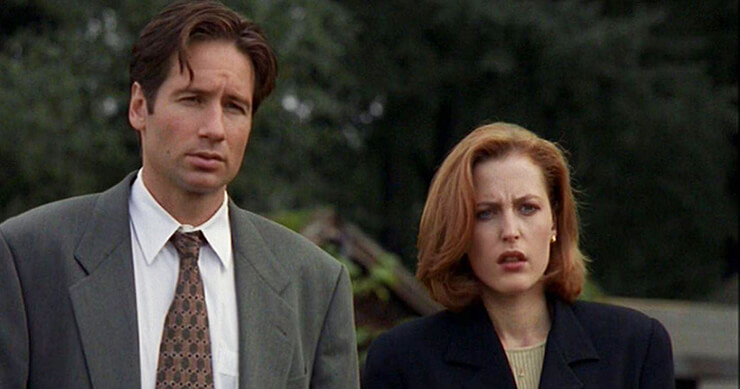 What remains so interesting with each theatrical release is how each movie gives us an idea of the overall quality of The X Files franchise at the time they were released. The first movie was released in the summer of 1998 when the show was arguably at the height of its popularity. The X Files movie was released of the back of five overwhelmingly praised seasons of the show. Series creator Chris Carter, and his pool of talented writers including Darin Morgan, Glen Morgan, and especially future Breaking Bad creator, Vince Gilligan, had crafted a show that was seen as event television at the time. In behind the scenes featurettes on season four many of the writers and directors likened The X Files as a weekly 40 plus minute movie, much like Game of Thrones and Westworld are described today. After five seasons full of classic episodes such as the legendary Squeeze, the disgusting thrills of Fluke, and the comedic masterclasses like Gilligan's Bad Blood and Darin Morgan's deconstructive episodes like Clyde Buckman's Final Repose, and perhaps the best episode of the lot, Jose Chung's from Outer Space, a feature film seems like a no-brainer.

The X Files: Fight the Future

Which brings us predictably to 1998 and The X Files: Fight the Future. Taking place between the end of season five, which ended with The X Files being destroyed, and the start of season six (which many fans and critics consider the last truly good season of the show), Fight the Future proved that The X Files could go bigger and still retain everything fans adored about the show.

In terms of sheer entertainment, Fight the Future is thrilling. With a script from Chris Carter and series regular Rob Bowman on directing duties, Fight the Future continues and deepens aspects of the show's overarching mythology. Fans of the show were treated to a variation of the aliens that we and Special Agent Fox Mulder briefly glimpsed on the show, only this time the creature in question was a lot more dangerous: with much of the horror of the movie coming through the creature brutally murdering the scientists that are studying it. The movie clearly took a lot of inspiration from the Alien franchise, including the design of the creature and the huge spaceship seen at he end of the movie that includes humans suspended in pods as hosts for more huge green men. 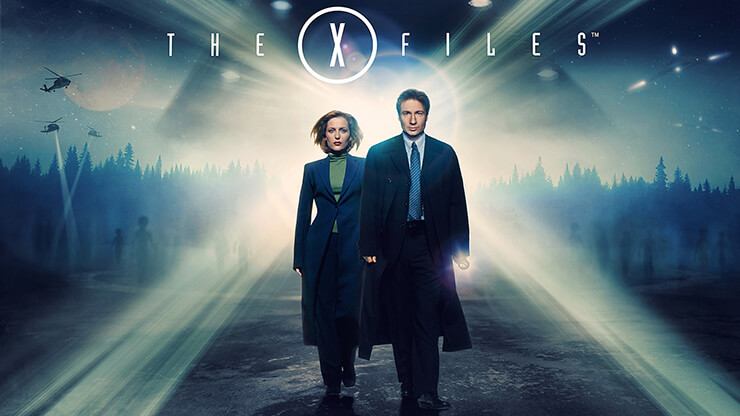 The narrative has everything you would want from a classic episode, as Mulder and Scully chase after leads of the latest alien conspiracy which includes the show's human villains, The Syndicate led by The Cigarette Smoking Man, an appearance of the villainous Black Oil, and the confirmation that an alien virus will be unleashed on the population through bees. It even has Mulder and Scully almost kissing for all of you shippers out there, and Mulder's rescuing of Scully from the alien ship is a set piece as fine as anything the show had produced up to that point.

Fight the Future was a box office success, taking a huge (for the 90s) $189 million dollars at the box office on a $66 million budget, as well as acclaim from critics with the Washington Post's Michael O'Sullivan calling the movie "stylish, scary, sardonically funny and at times just plain gross."

The X Files: I Want to Believe

The X Files: I Want to Believe finds the show and Chris Carter in the exact opposite situation than Fight the Future. In the ten years between movies The X Files creative fire faded away to embers. The post Fight the Future season of the show was the last year of peak X Files. While some fans hated the largely comedic tone of the first episodes the show rallied with yet another bunch of classic episodes like Triangle, Drive (in which writer Vince Gilligan collaborated with a certain Bryan Cranston for the first time), the groundhog day riff that was Monday, and the Two Fathers/One Son two-parter that put a full stop on five and a half years of alien mythology. From there The X Files dropped dramatically in terms of quality, with David Duchovny battling Fox for much of the mostly dire seventh season which saw was his last as a full-time cast member. Season eight was a brief and patchy return to form with the inclusion of John Dogget as Scully's new partner, but the writing was on the wall for the show in it's ninth, and worst season. Many would have you believe that 9/11 and shows like 24 helped sink the show, mainly due to the American public losing their taste for paranoia after such a horrific attack on home soil, but The X Files was simply not a good show anymore.

The second movie, despite the show's cancelation, was still an option for Carter, with both Duchovny and Gillian Anderson willing to return. Despite this the movie, which was originally slated for a release as early as 2003, wouldn't materialize until five years later. I Want to Believe took a different approach than Fight the Future. Instead of another movie based on the mythology, which collapsed into itself in the show's final years, I Want to Believe was going to be a standalone story in the style of the monster of the week episodes.

Where Fight the Future was a vital and entertaining addition to the show's mythos, I Want to Believe was a completely forgettable example of a product that disappointed fans and critics alike. The story centers around the kidnapping of an FBI agent with the addition of a convicted pedophile, played by Billy Connolly, who is said to have had visions of said agent. Mulder and Scully are brought into the investigation which turns out to be about an organ smuggling operation.

As well as being frankly boring, I Want to Believe has some very strange choices. There is a scene here Mulder turns up to a crime scene to reveal that he has shaved off his bushy beard and it's played as if Superman put his cape back on. Where Fight the Future felt like The X files in high gear, I Want to Believe felt like a drab psychological thriller that just happened to feature Mulder and Scully. Many fans were bewildered by Carter's choice to do a standalone story, especially because there were so many plot threads left open from the show that could have been explored. At the end of the day, it's still hard to figure out who exactly this movie was for.

In terms of financial success, I Want to Believe barely matched the box office gross of Fight the Future: even as it doubled its budget by grossing $68 million. The franchise went into hibernation, with plans for a third movie that would have ended the story scrapped after the poor performance of I Want to Believe. Time has been kinder to the franchise as a whole as The X Files was revived by Fox as a limited series which debut in 2017, with a second series released early this year. The X Files, despite being a ratings success, hasn't been able to recapture what made the original show so popular. That said, the 10-episode season that was released this year was a marked improvement, even if Carter still has no idea how to satisfyingly end the show.

The X Files movies are a great example of the changing fortunes of the show that spawned them. While one is the product of the show at the height of its powers, while the other is the prime example of everything that contributed to the end of that success.