Upcoming Films Worth Seeing In Theaters

Published in Entertainment on 3rd September, 2018

With so many films in the works, it can be easy to forget which ones you want to see. In some cases, you may not even remember when a certain film is coming out, or just need a little guidance to help you decide which ones are films you simply must see in the theaters. 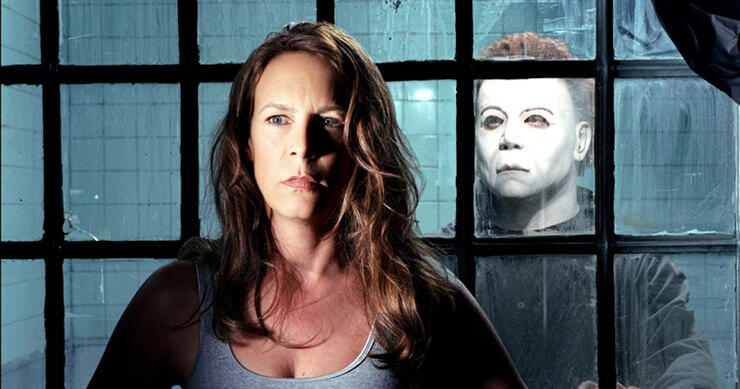 Consequently, we're going to provide a list of films coming up that are going to be worth checking out while they're on the big screen. These films start in October, 2018 and continue on after that. You'll also find that there are a variety of genres on this list, that way there's something for those of all different kinds of tastes.

Those who are fans of the Spider-Man films are sure to find an interest in this fantastic spinoff. Venom tells the story of a journalist by the name of Eddie Brock who comes into contact with a strange, alien being that is capable of fusing with his body and giving him superpowers.

Eddie Brock is played by Tom Hardy, and we'll also see some other well-known faces such as Scott Haze, Michelle Williams, Reid Scott and Riz Ahmed. You'll also want to keep an eye out for this film, as it starts in early October. If you're someone who likes to get tickets far ahead of time, this is a good time to do it!

If you're familiar with the 1937 film with the same name, then you'll know the basic concept of this story. However, for those who aren't, this film follows country musician with a rough drinking nature, who falls for a starry-eyed young singer.

This film brings along some big names in the starring roles such as Lady Gaga, Bradley Cooper and even Dave Chappelle. Though talk of this film orginigally began in 2011 with different stars, it has finally made its way into the world with actors fit for the parts.

Some enjoy gaining information as well as entertainment, and this film is able to handle both. It provides artistic insight into the final days of the well-known Oscar Wilde. It takes place during his days spent in European exile. As his body begins to fail him, the literary great falls back on his amazing wit.

The film follows his last travels and acts, traveling through multiple European countries as Wilde's final adventures come into the light. In this film, Wilde is played by Rupert Everett, who also wrote and directed the film. We'll also see big names like Emily Watson and Colin Firth.

Directed by Damien Chazelle, this film provides another artistic look into the life of a real person. More specifically, this film follows astronaut Neil Armstrong on the first manned trip to the moon. The story is told from the viewpoint of Neil Armstrong himself.

This film is set to release on October 12th, 2018 and stars Ryan Gosling as Neil Armstrong. It also draws information from a book by James R. Hansen. Overall, it takes a look at the life, family and coworkers of Armstrong as well as the cost that comes alongside his huge successes.

If you've been longing to see the final Michael Myers showdown, then you're not far from getting it! Halloween follows Laurie Strode as she takes on the slasher for one last time. After an empire of Halloween films, this one promised to be what we've all been waiting for.

This film sees Nick Castle as well as stuntman James Courtney as the infamous killer, Micheal Myers. It also portrays Jamie Lee Curtis as the protagonist Laurie Strode. Just in time for the holiday, Halloween is set to release on October 19th, 2018. It's definitely one great film you shouldn't miss!

This is an ideal film for those who are interested in the drama of real life. It tells the story of a struggling marriage through the eyes of a young boy. The family moves to Montana in an effort to save the relationship, but the boy's mother instead falls for another man.

There are some big names associated with this film, including Carey Mulligan, Bill Camp and Jake Gyllenhaal. It's planned to release October 19th, 2018 and is sure to take viewers on an emotional ride. Critics who have had advanced viewings have favored it greatly, which is worth knowing!

The Guilty is a film that appears to bring a level of intensity we haven't seen since Amber Alert. It depcits a police officer hard at work when he receives a call from a woman who has been kidnapped. From this point on, he has to race to save the woman before it's too late.

You'll be able to check this film out on October 19th, which isn't too far away! It stars Asger Holm, Omar Shargawi, Jessica Dinnage and more. Critics who have had the chance to check it out have scored it quite well, so you'll be able to trust that it's a film of decent quality.

Many of us have seen various forms of The Nutcracker. From plays, to ballets to animated versions. However, Disney is now bringing the story to life with the kind of magic only it can provide. The story follows Clara, a young girl who seeks a key that will change everything.

As we can expect from Disney, there are some well-known actors who appear in the film. They include, Keira Knightley, Mackenzie Foy, Morgan Freeman and Helen Mirren. You'll also be able to see this film right in time for the Winter holidays, kicking off that snowy spirit.

If you enjoyed Harry Potter and Fantastic Beasts And Where To Find Them, there's no doubt that you'll love Fantastic Beasts: The Crimes Of Grindelwald. This film brings back Eddie Redmayne as the delightful Newt Scamander in this newest adventure.

With the dark wizard, Grindelwald's escape, Newt is enlisted as part of a magical force to stop him in his plot to allow magical beings to rule over the non-magical. While he's largely unaware of the dangers that may befall him, Scamander finds ways to make himself handy, as we've come to expect from the character.

Films that are based on widely-acclaimed novels can often be some of the most enjoyable. This one is based on a novel by the same name, which was written by Philip Reeve. It follows a young Londoner named Tom who has never experienced life outside of his hometown.

However, he's introduced to those things rather quickly when he ends up in the middle of a plot that gets him tossed from the city. This film stars Robert Sheehan, Hera Hilmar and Hugo Weaving. It's set to be released into theaters on December 14th, 2018, so be ready to see it!

For those who love superhero movies, Aquaman is one for the books! This film stars Jason Momoa as Aquaman, also known as Arthur Curry. It follows the storyline introduced to viewers in Justice League, and displays the growing tension between inhabitants of Atlantis and those on the surface.

Though reluctant to rule, Curry is the only one with the power needed to create peace between the two lands again. As another of many well-loved DC films, Aquaman is sure to be a favorite among fans. It will be released on December 21st, 2018. Go check it out!

Wonders and a spoonful of sugar are soon to return to the theaters. While the orginial Mary Poppins was made quite some time ago, those who enjoyed it as children will now be able to see Mary Poppins through the eyes of adulthood and perhaps even parenthood.

This is what the film clearly tries to achieve by including characters who were children in the previous film, now in their adult states. You'll also see some big names in this film such as Colin Firth, Emily Blunt, Julie Walters and Meryl Streep. It sure to be the perfect gift this holiday season!

Though the release is a little farther out, Us is a film that promises a new take on thrillers. It's directed by Jardan Peele and claims to be a "social horror", which is a concept that is intriguing to many of us. There are even some rumors that it may be an unofficial sequel to the film "Get Out", but you'll have to see it for yourself to find out!

This film is going to star Lupita Nyong'o, Elisabeth Moss and Winston Duke. As the release date closes in, there are sure to be some interesting trailers on the way!