7 Mobile Games That Are Actually Good

Published in Gaming on 4th September, 2018

Mobile games often get a bad rap. It's no surprise when many popular mobile games are filled with in-app purchases and elements that limit gameplay unless you spend real money.

Thankfully, there are still many great mobile games that don't fall victim to these problems. In this article, we've listed some of our favorites. 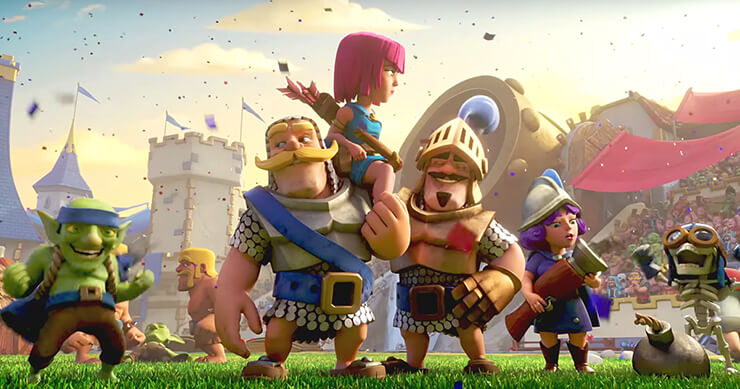 We've also picked out games from a variety of categories, so there should be something here for everybody.

You might think that hype for Pokemon Go has died out, but millions of people are still playing it every month. Pokemon Go has also come very far since its popular launch in 2016.

Now, Pokemon Go has hundreds more Pokemon to catch, gym raids, legendary pokemon, quests with special rewards, and even player trading. PVP is just around the corner, too. 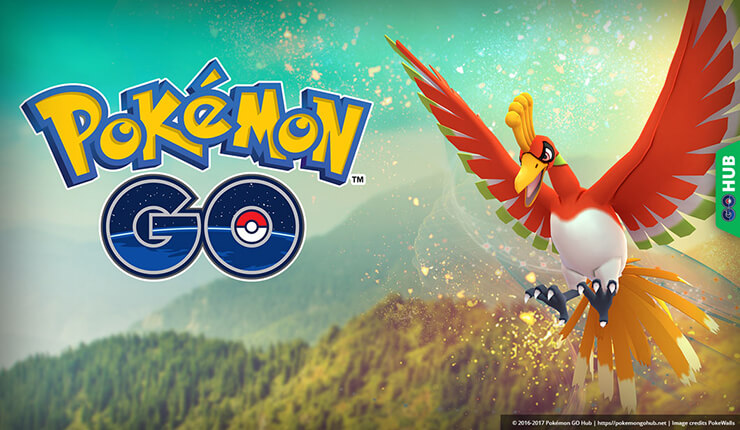 It's safe to say that Pokemon Go has come a long way and it's now a valuable addition to the Pokemon universe.

What's also great about playing Pokemon Go is that it gets you outside. If you really get immersed into the game, you will often forget that you're walking around and getting exercise.

Fortnite is one of the most popular games in the world right now, across all platforms. The game translates surprisingly well to mobile, too. Right now, it's only available on iOS. (Android is in beta.)

For those unfamiliar with Fortnite, it's a game that puts 100 players into the same match. All players must fight each other and only one player or team can be the winner. Once you get killed, you'll be removed from that match. 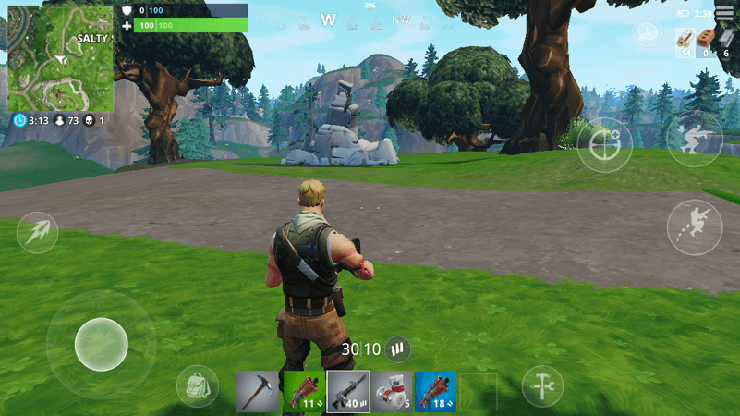 At the start, all players drop from a bus and must choose a spot to land. They must then collect resources and weapons, then move into the center of the map. The map will shrink over time, forcing players to engage in combat.

You can only purchase cosmetic items and a pass with additional side missions with in-app purchases. In other words, players cannot get any advantage whatsoever for spending money.

PUBG is a battle royale game just like Fortnite. It's not quite as popular on console and PC, but it's still very hot right now.

PUBG takes a more serious, realistic approach. The weapon mechanics are more realistic, all of the weapons and equipment are either based on real military gear or fictional post-apocalyptic gear.

The goal in PUBG is still to remain as the last man standing, but with different weapons, a different health system, and many other changes, PUBG feels very different to Fortnite. 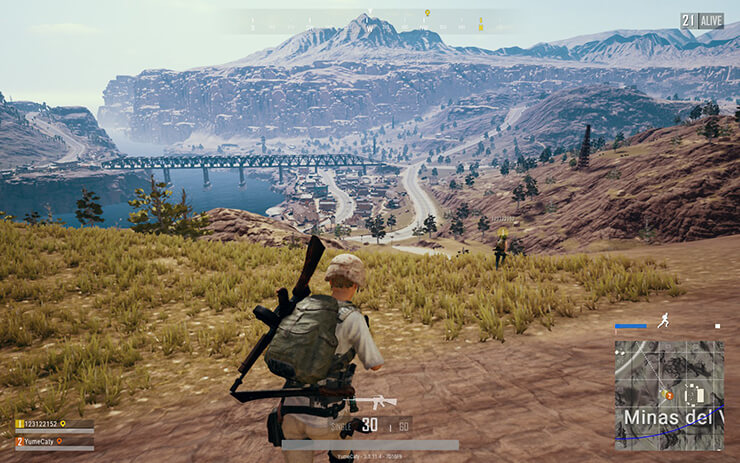 If you don't like Fortnite or can't play it because you're on Android, PUBG could be a great alternative.

All in-app purchases are for cosmetic items, just like with Fortnite.

Clash Royale is a tactical 1 versus 1 arena game. In Clash Royale, you get to place eight cards in your deck. Each card is either a troop, a spell, or a building.

Once you go up against another player, you'll have to place down your troops, spells, and buildings to fight the other player. There's a lot of strategy that goes into preparing the perfect deck and outplaying your opponent in the arena. 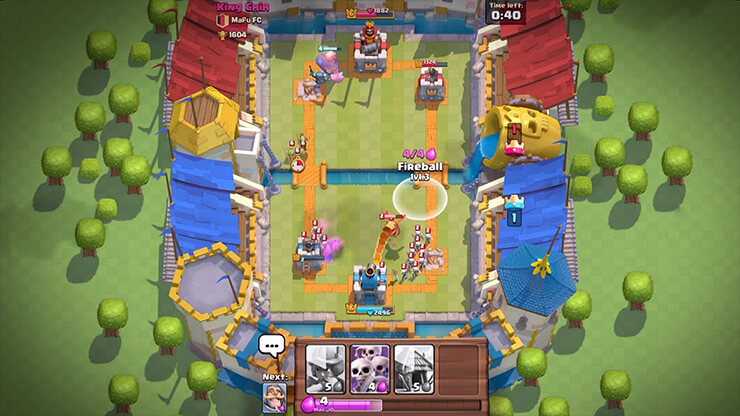 Clash Royale is the first game in this list that introduces in-app purchases that somewhat give spending players an advantage, so keep that in mind.

You can still play Clash Royale without spending a penny, but spending money allows you to upgrade your cards quicker.

Minecraft costs $6.99 and has optional in-app purchases for extra content and cosmetics. The $6.99 price tag is well worth it if you like open world sandbox games.

Minecraft was the game that gave life force to the open world sandbox genre. Despite there being many great games since, nothing has come close to matching Minecraft. 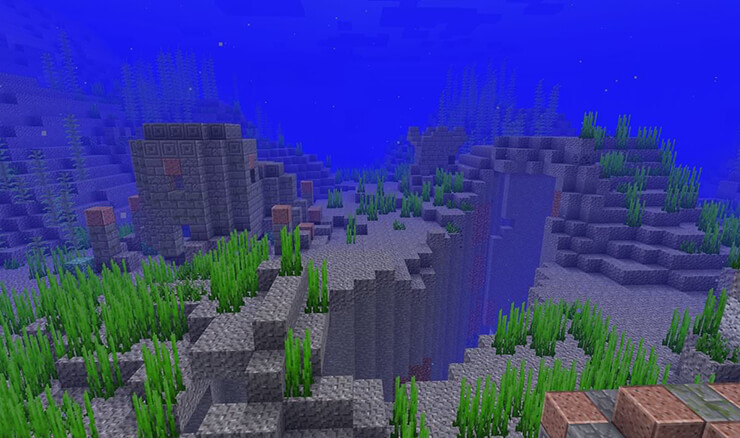 These days, the mobile version of Minecraft is essentially in line with the desktop and console. This means that the game looks, feels, and gets the same content as the full PC version.

If you haven't played Minecraft before, here's what you need to know. You start with nothing and must collect wood, stone, and dirt to build your first house and set of tools.

From there, you can start gathering better resources to make better equipment. After that, you can go hunt down bosses, find loot, and explore abandoned buildings. You're given the freedom to do whatever you want and there's so much to do that it'd take hundreds of hours to experience it all.

Roblox is all about the player community. Players use Roblox's tools to create a variety of game modes. Because the community is so large, there are bound to be at least a few game modes in Roblox that you'll enjoy.

You can find shooting games, racing games, mini games, social chat rooms, and much more. If you want to take things further, you can even create your own games by using the Roblox Studio tool. 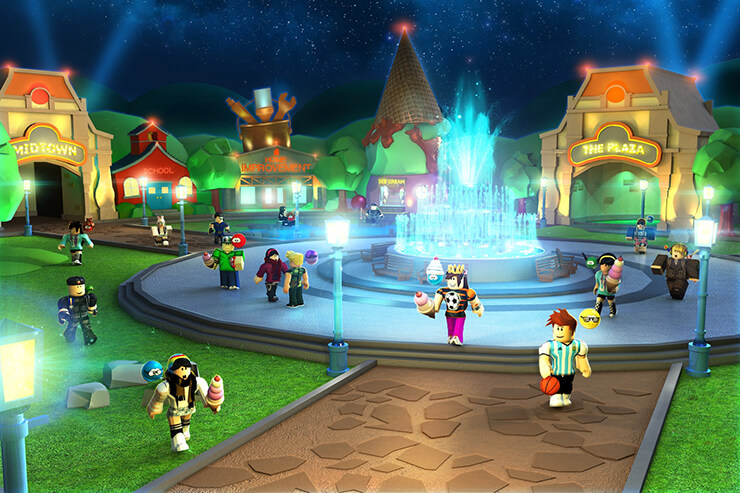 Roblox is free but it has in-app purchases for currency that can be used for cosmetics. In some cases, you can spend your currency on upgrades in player-made games.

Motorsport Manager Mobile 3 is a race team strategy game where you must create your own team, hire drivers, and build the best car possible.

Motorsport Manager Mobile 3 shares similar simulation features from games like Football Manager, but this time it's in the F1 universe. 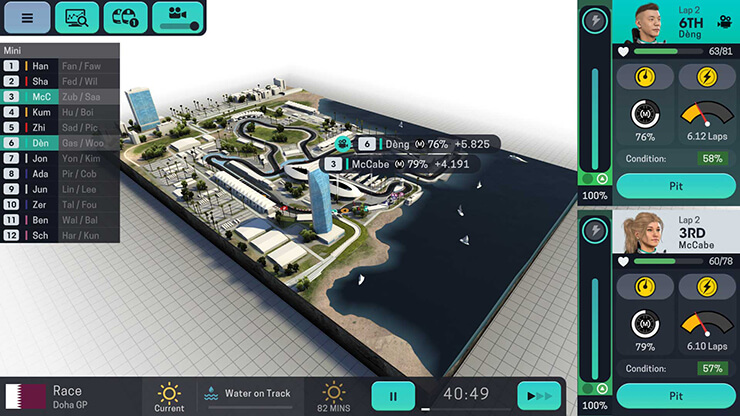 There is a surprising amount of planning and careful thinking that goes into perfecting your team in Motorsport Manager Mobile 3 and it has been highly rated as one of the best simulation games in the app store.

Motorsport Manager Mobile 3 costs $3.99 and there are some optional in-app purchases but these do not impact gameplay.

Thanks for reading our article on the best mobile games. Have you had the chance to play any of these games?