Published in Gaming on 5th September, 2018

The Minecraft underwater update dropped during this Summer and it's one of the largest content releases we have seen in the game since it first hit 1.0.

Because there are so many features in the new update, we thought it would be interesting to round up some of the best ones. 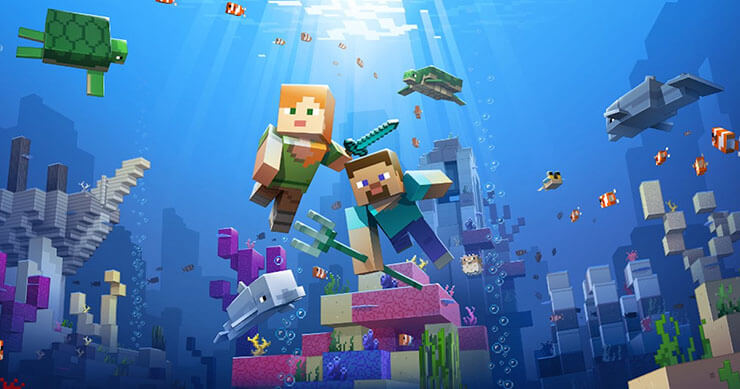 Check out all of the top features in the Minecraft Underwater update below. After reading through this article, you might finally be inspired to go download Minecraft again.

The new Minecraft update received dozens of new blocks and a variety of new items. As you'd expect, many of the new items are water-themed.

You'll find things like kelp, seagrass, and sea pickles growing on the bottom of the ocean. Many older items can now also be created from all different wood types. This gives players more creative freedom when it comes to creating homes or decorations. 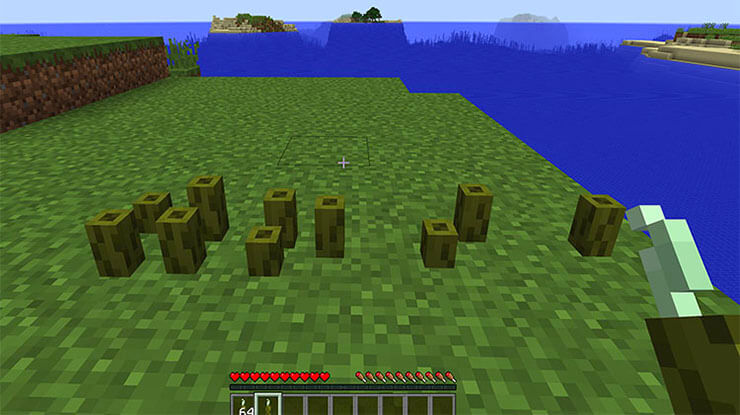 The most exciting new item is the Trident. It's a new weapon that can be used both as a melee or as a ranged weapon.

To get one, you'll have to kill a Drowned, which is a new hostile mob. More on that later.

There are plenty more water themed items, such as turtle eggs, fish buckets, and a variety of items that can be used for new enchantments.

The first new mobs are two friendly animals - a turtle and a dolphin.

Turtles will spawn on beaches, usually in groups of up to five turtles at a time.

Even though turtles spawn on land, they will often swim into the water. This means that it's just as easy to find a turtle in the sea as it is to find one on a beach.

Turtles do not attack you and they will try to escape if you are aggressive toward them. If you hold seagrass, turtles will follow you.

You can breed your own turtles by feeding two turtles seagrass. Turtles will always go back to the beach they originally spawned on to lay their eggs.

Next up we have dolphins. You'll find dolphins in large groups underwater. Dolphins are also friendly mobs and they'll occasionally play with the player or swim around them. 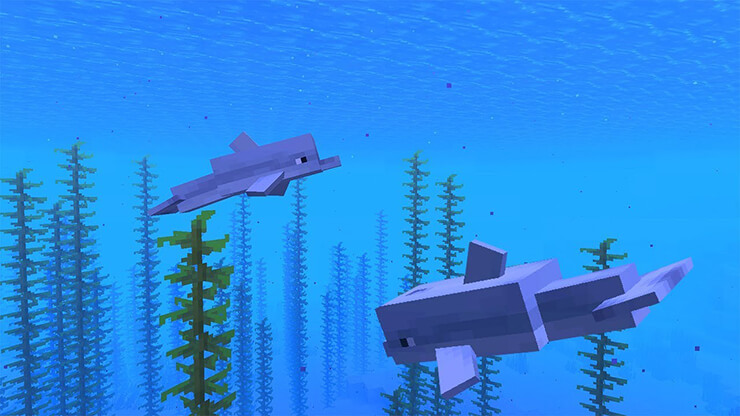 Dolphins will be friendly to the player, but if you try to attack them, the dolphin and it's entire group will attack you back. You cannot get dolphins to follow you and you cannot breed them, but you can feed them raw cod. Doing so will improve their trust and they'll be more likely to interact with you.

The phantom is a new hostile mob that will appear when a player hasn't gone to bed during the last three in-game days. Phantoms only appear at night, or during a thunderstorm.

To begin with, the chance that a phantom will spawn is quite small, but as more days pass, the chance that a Phantom spawns will increase. Phantoms will scour the sky searching for players. Once they find them, they will swoop down and try to attack them.

Besides being an interesting new challenge, dead Phantoms will drop Phantom membranes which can be used to repair the elytra. They can also be used to brew a slow falling potion. With this, you'll fall slowly like a feather when you enter the air.

The final new mob is the Drowned. These are common hostile mobs that you'll find lurking at the bottom of the ocean.

They are essentially zombies that have fallen into the water. In fact, if a zombie stays in water for 30 seconds, it will convert into a drowned. Just like normal zombies, there are baby versions. Killing Drowned mobs gives players rotten flesh, experience, and sometimes a trident and a gold ingot.

Generated structures are buildings and elements that Mojang has added to keep exploration fun and exciting.

Shipwrecks can be found at the bottom of oceans, or sometimes on beaches. Shipwrecks contain chests so they're a good place to find loot.

You'll find between 1 and 3 supply chests per ship. There will also be 1 treasure chest that has things like gold, diamond, and emeralds inside. Finally, you'll also find map chests which have buried treasure maps.

Buried treasure maps can be used in conjunction with the new buried treasure. You can use the map you find inside to locate treasure that has been buried in a randomly generated spot in the world. When you dig up buried treasure, you will find 1 chest with ore and rare items inside.

Underwater ruins are a little like jungle and desert temples, but they are found underwater. They are also a little more complex.

Sometimes you'll find a single building, whilst in other instances you'll find entire villages. Most of the time, you'll find hidden treasure chests and loot inside each ruin. There are two types - stone ruins and sandstone ruins.

With coral reefs, you'll find a large population of tropical fish, and icebergs are essentially just large ice formations that stick out of the water in colder biomes.

Speaking of biomes, the new underwater update adds new warm, lukewarm, and cold variants of the ocean, as well as a deep frozen ocean. 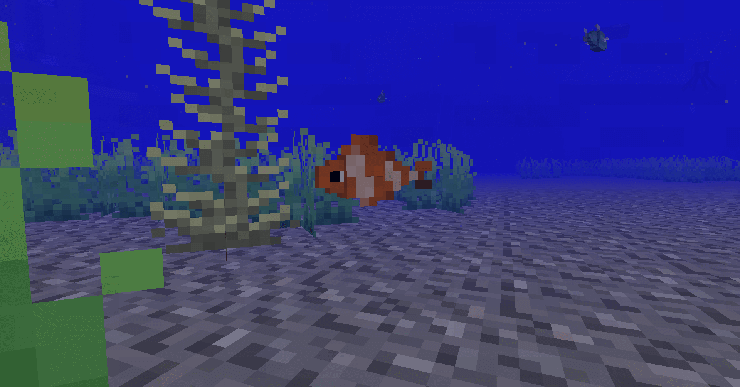 These variants can change the appearance and environment of the ocean. There are also new biomes for the End that break up the terrain and add more depth to that area.

That pretty much sums up all of the best new features included in the latest Minecraft update. There are hundreds of other small changes and adjustments in the new update as well.

The new Minecraft underwater update is available on both the Java Edition and the Bedrock Edition.