Published in Relationships on 13th September, 2018

Red flags in a relationship can sometimes be easy to miss, especially if you're in the infatuation stage. However, you can be certain that in the majority of cases, these red flags will only get worse. Take a close look, and if you see these features in your relationship then it may be time to move onto something better! 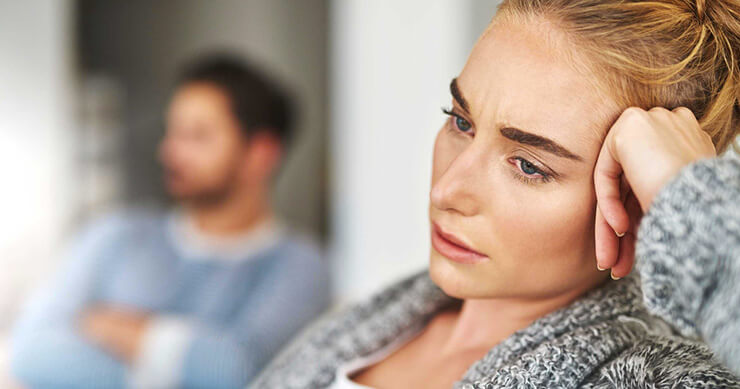 Abuse is the number one red flag, and a sure sign that you need to get out. What many don't realize is that this not only includes physical abuse, but verbal abuse as well. If your partner hurts you physically, calls you names or purposefully makes you feel bad about yourself, run!

Your partner should lift you up, support you and make you feel loved. They absolutely should not be making you feel bad, mentally, emotionally or physically.

A lack of trust can show up in a lot of ways. One of the common forms is extreme jealousy and exaggerated concern that you may not be loyal to the relationship. They might make claims that you're cheating, seem overly concerned about friends or acquaintences, or try to sneak looks into your phone or social media.

Oftentimes, there is a double standard behind this concern because they are doing something they shouldn't be. In other cases, it can be due to extreme insecurity. In either case, a relationship without trust isn't one that is going to be healthy for either partner.

If your significant other attempts to control where you go, who you talk to and when you do just about anything, they are not a healthy partner. Be especially concerned if they appear to be making attempts at isolating you from the important people in your life.

A healthy partner will not attempt to control your actions. Their concern will be your happiness and wellbeing. If you find that your partner is trying to convince you to choose to spend all your time and energy on them rather than others, it's a clear sign to get away from that person.

Everyone has boundaries. They may include anything from certain bedroom activities they don't want to engage in to simply wanting a few minutes after work to themselves. Any reasonable boundary you may have should be respected by your partner. 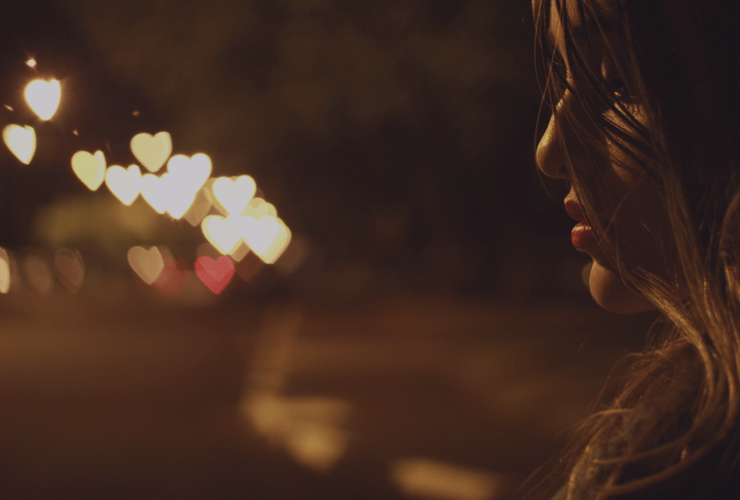 For example, if you're upset about something and don't want to be touched, your partner shouldn't touch you. They also shouldn't try to convince you in any way to allow them to do so. These are just ways of placing their wants before your own needs, which is not something a healthy partner would ask for.

If you find that your partner has a bad habit of distancing themselves in these situations, or just giving you the cold shoulder, it might be time to rethink the relationship. This is especially true if they're also becoming moody towards you rather than discussing whatever is wrong openly and honestly with you.

In most cases, this one speaks for itself. However, you may find that you need to decide for yourself when this is a total dealbreaker. If you aren't in an open relationship and your partner cheats, there can be some other variables to take into account.

For some, one instance of cheating is enough to call it quits, and there's nothing wrong with that. For others, it may also depend on how many times it happened and what reasons there might have been. In some cases, some serious work on the relationship can bring the relationship back to a healthy state.

If you're seeing someone new and every one of their exes seems to be "crazy", then you might start to look for the common denominator. At a minimum, it can show that the person you're seeing isn't able or willing to take responsibility for the reasons past relationships may have ended. 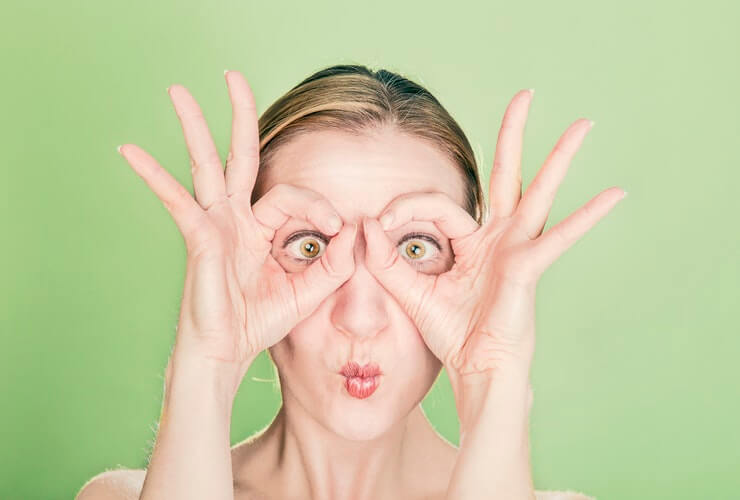 On a worse note, it can also show that they prefer to play the victim. If the exes really do seem to be unhealthy, then this person may have trouble choosing healthy relationships or tends to be drawn to drama. If you continue to date them, it may be worth looking out for this issue.

Insecurity can be a major problem in relationships. It can include frequent suspicion or a constant need for attention and praise. This kind of behavior can quickly get frustrating, and in the long run it can be absolutely exhausting.

It can also show that your partner cares more about their need for soothing words than they do about how genuine they are, or how their neediness might make you feel. Such a person can also have trouble growing as a person, because they tend to be driven by the fear that such a growth might result in losing the comfort they get from you.

You Haven't Met Their Friends/Family

If it seems like your significant other is keeping you a secret, even after months of dating, this is a huge red flag. It could be due to them being unwilling to commit, ashamed of their choice in dating you for some reason or that they are cheating on someone else with you.

In a healthy relationship, you are an equal partner. Typically, your significant other wants to introduce you to family and friends, welcoming you all the way into their life. Regardless of their reason for secrecy, it's not a good feeling to be left out.

Gaslighting occurs when someone acts as though you've imagined something that actually happened. For example, if your partner says something rude to you and you later bring it up only to have them claim they said no such thing.

The idea is to make you second-guess what you saw or heard. It's a way of keeping their victim from being confident in themselves. This is damaging to you in multiple ways, attacking your confidence as well as lying to you about what you know happened. It's absolutely not a healthy thing to do in a relationship, or at all.

An immature partner may have trouble handling daily adult life. They may avoid basic tasks like keeping a clean home, paying the bills or even getting a job. This can also mean they don't do very well at trying to piece together a legitimate future for themselves or your relationship together. 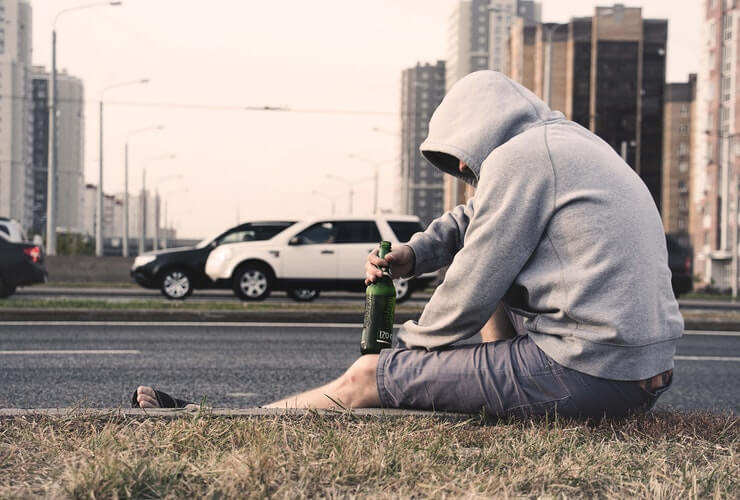 Things like this can lead to you feeling more like a parent to your significant other than a partner, and it can do a lot of damage to the relationship. If you find these kinds of issues with someone you're dating, it's best to move on and find someone who is capable of an adult life with you.

Most of us know that actions carry far more weight than words, but it can be all too easy to fall into the trap of listening to the words and ignoring those actions. No matter how much a significant other might claim to love and cherish you, if they aren't putting in the effort, then why should you?

Maybe they don't attempt to help you with solving problems in the relationship, or perhaps they don't put forth the effort to make plans with you unless you're practically begging. Regardless of the situation, if they aren't making the effort, then you deserve to find someone who will.

An unpredictable partner can be a dangerous partner. At best, they can often be emotionally exhausting, bouncing back and forth between excitement, anger, sadness and who knows what else.

At worst, you may find that this leads to outbursts of anger that get frightening or physical. It shows that they don't have the skills to keep control of their own emotions, and this can lead to serious issues in a relationship. Typically, it means they need to do some serious work on themselves before they can be a good partner.

Warnings From Those Close To You

If your close friends and family members are warning you to get away from someone you're dating, pay attention. Listen to their reasoning with a clear mind. If they are worried for your safety, then take their words to heart. On the other hand, ignore warnings that are petty. 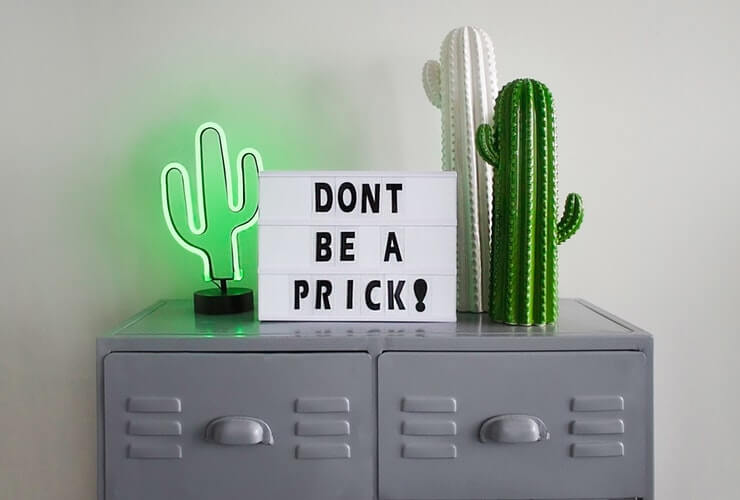 Those in your life who care deeply about you want you to be happy and well-cared for. In most cases, they are looking out for you even when you may be wearing rose colored glasses. As a result, it's worth listening to their concerns.

If they get defensive over their phone, disappear for long periods of time without telling you where they've been, or try to keep other aspects of their life a secret from you then the relationship may not be worth continuing.

This kind of behavior can mean that at a minimum, they are probably doing something they know you won't like. Even worse, they could be cheating or engaging in illegal activity. Overall, that's just not something worth being part of. Don't ignore the situation if your partner is behaving suspisiously, or it could snowball from something disappointing to something much worse.

They Put You On A Pedestal

While this might seem flattering at first, it can also be a sign that your partner doesn't see you as human. They have an unrealistic view that can show that you just represent an idealistic image in their own mind. Furthermore, it can lead to unwanted, obsessive behaviors towards you.

At some point, there is also a possibility that you will "disappoint them" simply by being a human being. None of us are perfect, and it places a lot of weight on your shoulders for a partner to act as though you are. Not to mention it's creepy.

Someone who genuinely cares for you will support your hobbies and interests, even if it's not something they're interested in themselves. This is because a healthy partner wants you to be happy, so they'll get excited for you when something in your life is making you happy. 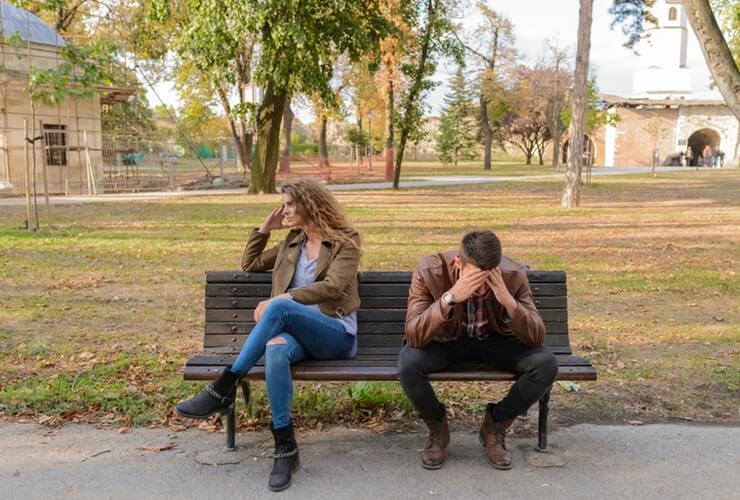 On top of that, they'll put forth the effort when it comes to taking part in your interests. This isn't to say they should engage in every single hobby you have. If you like rock climbing and they're terrified of heights, it's not realistic to think they'll get over it unless they want to. However, if they're unwilling to contribute a couple hours to watching your favorite movie with you, it's time to rethink the relationship.

They Publicly Humiliate You

This one should be relatively obvious. If a partner chooses to make fun of you around friends or family, they likely don't have a lot of respect for you. One way to tell is to kindly, but firmly, ask them to stop. If they agree and stop, then the situation may not be a dealbreaker.

However, if they try to gaslight you by telling you they're "just joking", telling you that you're too sensitive or otherwise trying to avoid responsibility, it's time to move on.

You shouldn't ever feel like you're a nuisance to your significant other. If they act like spending time with you is an effort they'd rather not make, then find someone else who wants to put the effort in. I guarantee you, they are out there.

Behaviors like this one are not things you need to put up with. Many will find that being single is far better than being with someone who treats you poorly. Someone who truly wants to be with you will put forth all the effort they can to create a healthy relationship with you.