10 Of The Best Podcasts To Immerse Yourself In Today: From True-Crime To Magical

Published in Lifestyle on 14th September, 2018

A podcast classic with over 100 episodes as of writing, each set in the mysterious and insidious town of Night Vale, tucked away in the middle of a desert. Narrated by a loveable, but not always trust-worthy community radio host as he fills in the town citizens on the news, mysterious events and unknowable facts of the town. Featuring hooded figures, angels, mysterious lights, a multi-headed inter-dimensional city council and reptilian overlords, this podcast manages to combine the incredibly weird with the beautifully profound, set to music produced by Disparition and written by well-known podcasting duo Joseph Fink and Jeffery Cranor. This podcast is perfect to listen to if you need to fully immerse and escape in a podcast, without having to worry about running out of episodes to listen to, or if you just need something captivating to fall asleep to. 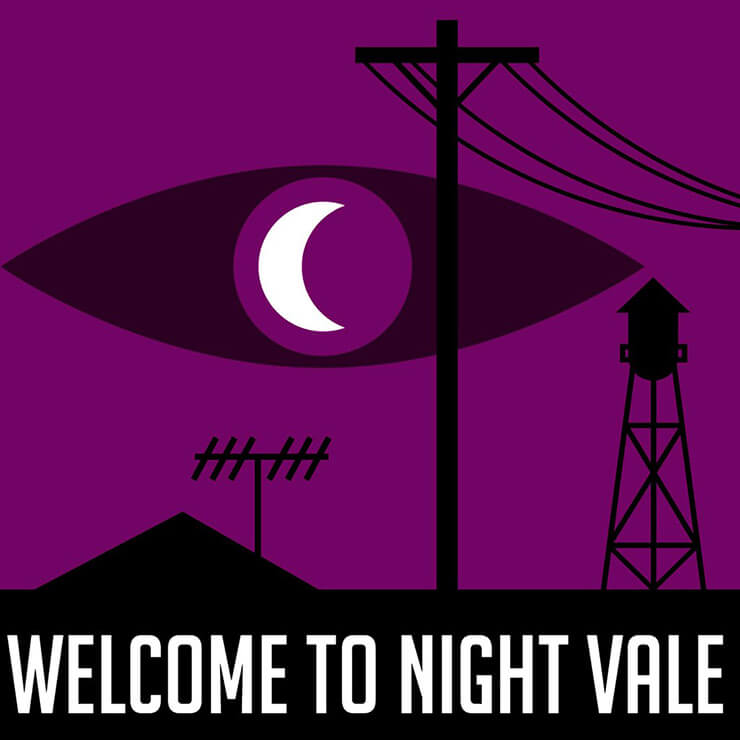 Limetown is a must-listen if you love science fiction and horror. An audio drama that centers around a reporter trying to uncover what happened to a town after the mysterious disappearance of all of it's residents ten years ago. If you love engaging plots, investigative journalism and in-depth character development, this podcast is for you. It's set to release it's second season on October 31st 2018, with only 6 episodes to listen to in it's first season, you have plenty of time to catch up on the mysterious events of Limetown.

The Bright Sessions is set in the style of a superhero therapy session. If you've never seen those words in a sentence before, don't worry - this podcast is intensely moving, focusing on exploring how each of the characters deal with their super-power, casting light on some of the most important discussions in mental health, as well as a riveting plot involving romance and government conspiracies. This podcast has become so beloved that it is now being adapted into a TV show and spinoff novels, so catch on the 40 episodes currently out quickly.

Serial is one of the most well-known and well-loved podcasts in the podcasting universe and probably the reason that true crime is now such a popular podcasting genre. It's first season focuses on the story of Adnan Syed, a teen from Baltimore convicted of murdering his ex-girlfriend Hae Min Lee in 1999. 15 years later, Adnan takes to the radio to try and convince the world of his innocence, and radio host Sarah Koenig tries to decipher what really happened. Along the way, you'll be able to come up with your own theories as to whodunit'. With 23 episodes and a third season coming, you've got plenty to catch up on and look forward to. 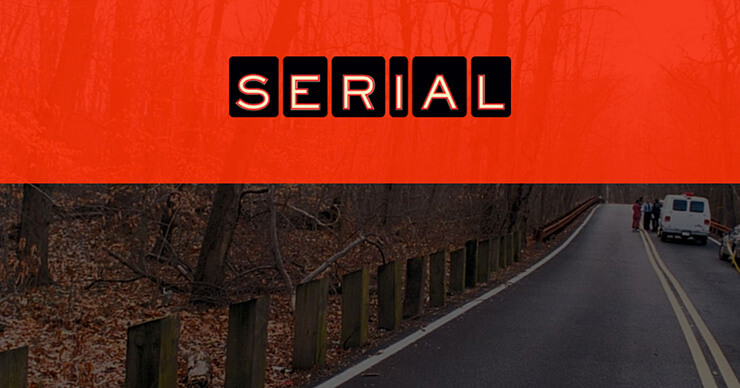 Another podcast from the Night Vale Presents podcast network, the first season of Within The Wires is a podcast posing as a series of discovered audio cassettes that begin as a series of perfectly normal relaxation tapes. As time goes on, the tapes evolve and unravel to reveal a whole world of governmental control, presented to you by The Institute, and a rich personal storyline. This beautiful podcast works it's magic by immersing you so fully, you don't even realize how your body is responding to the breathing cues, as your mind is entranced, searching for the hidden clues that hint at a more sinister and unearthly world within the wires. This podcast is currently about to come out with it's third season, set in the style of a political thriller told through dictated letters and notes from a bureaucrat to his secretary. While each season has a separate and distinct story with different narrators, the worlds themselves do overlap, so you'll be able to immerse yourself in the entire universe without getting bored.

Homecoming is a short, not-so-sweet podcast that'll have you hooked from the first sound-bite. It follows the journey of a therapist and army veteran, pushed together by a governmental program that supposedly aims to help soldiers readjust to civilian life. The story is intricately woven together with recorded phone calls and therapy sessions that unravel to expose more sinister motives. With performances from Oscar Isaac, David Schwimmer and Catherine Keener, this show explores the effects of severe trauma, and the fallibility of memory.

In contrast to the previous podcasts mentioned, Alba Salix is a light-hearted and fun fictional podcast, that won't make you start fearing the government. It is set in a fantastical realm, focusing on Alba Salix, a royal physician who tries her best to make her patients understand common sense, often to little avail. The whimsical and often bizarre characters create an easy to listen to show, featuring a constantly bickering King and Queen, as well as long line of fairytale patients to treat. A perfect listen if you are looking for something that's humorous and fantastical like Night Vale, but without the horror and governmental conspiracies. 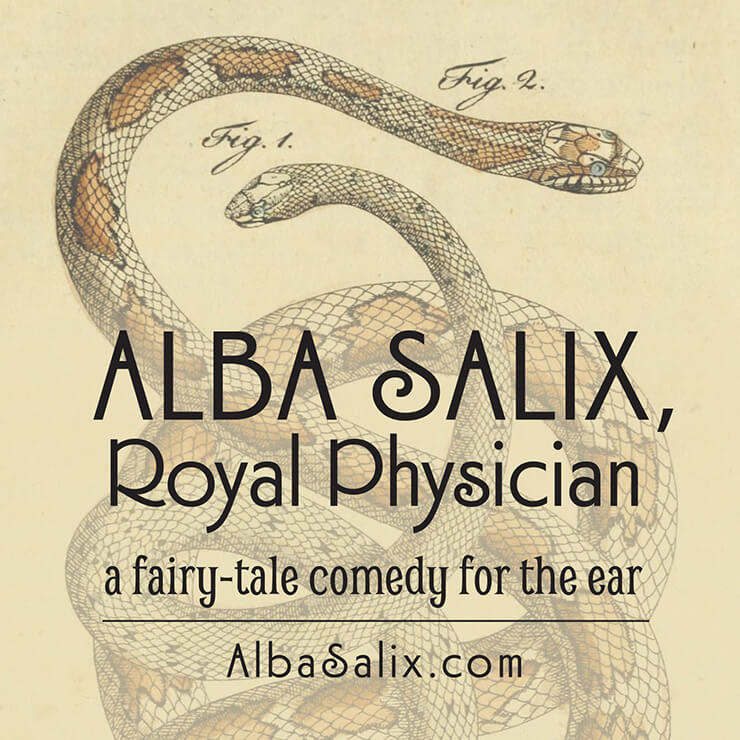 Another fictional audio drama that won't leave you waking up at two in the morning with nightmares, The Amelia Project is a comedy podcasts centered around consultations between a company that helps clients fake their own deaths, and the clients themselves. Each episode is a deep-dive into each prospective clients life-story, why they want to fake their death, how they want to do it, and how they'd like to come back. It's an incredibly creative podcast that remains an easy listen while also being completely absurd.

The Black Tapes is a much-beloved, controversial podcast that has been compared to the likes of Twin Peaks and The X-Files. It's story revolves around a journalist, fascinated with a paranormal investigator called Dr Richard Strand and who sets out to produce his biography. As she does this, she comes across The Black Tapes - strange paranormal occurrences as yet unexplained by Dr Strand, or anyone else, and which Dr Strand himself seems determined to hide. The podcasts shifts into detailing the journalists journey to discovering what is the truth behind the black tapes. This captivating and horrifying podcast is a must-listen for anyone who is a fan of the paranormal and terrifying. 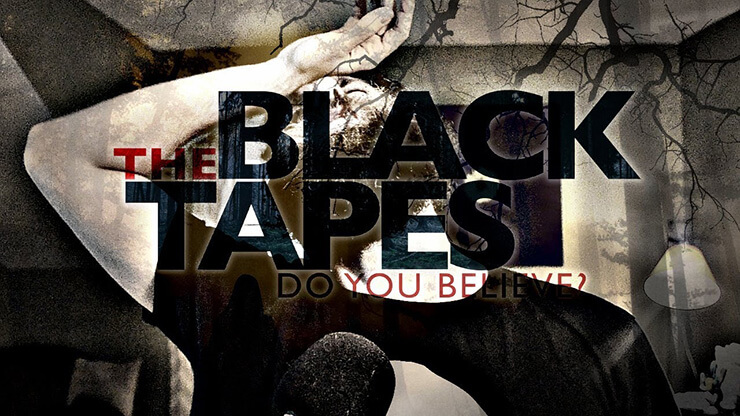 Another podcast from one of the creators of Welcome To Night Vale, and also produced by Disparition, this podcast is a horrifying thriller story, detailing the journey of a truck-driver set out to find her wife Alice, long assumed dead, but no longer so. As she drives up and down America, she begins to unravel the mystery involving the zombie-like and terrifying thistle-men, and uncovers a multi-layered governmental conspiracy. The entire story is delivered through the premise of audio-diary recordings, made to document the search for her long-lost wife. If you like the works of Steven King and Welcome To Night Vale, you are sure to love this audio-thriller, which is currently in it's final season.