The Best Movies Of All Time

Published in Entertainment on 8th September, 2017

To rank the greatest movies of all time is an unfair task. It's a debate that will rage on forever, due to the cinephiles' evolving taste and the technological improvements in cinema.

In the 21st century, Hollywood developed a financial and technological ability to make cinematic masterpieces like Dunkirk or The Lord of The Rings trilogy. But one must always consider those timeless classics, like Casablanca and Citizen Kane, that paved the way for cinema as we know it today, inspiring the best directors of our generation.

Bearing that in mind, PointsPrizes ranked the best movies of all time, crossing several ratings, from critics to general audiences. We hope you'll find some movies you haven't seen.

Inspired by Stephen King's short story "Rita Hayworth and Shawshank Redemption", Frank Darabont directed and wrote the screenplay for The Shawshank Redemption. Not only is this Darabont's masterpiece, but also one of the most praised movies of all time. 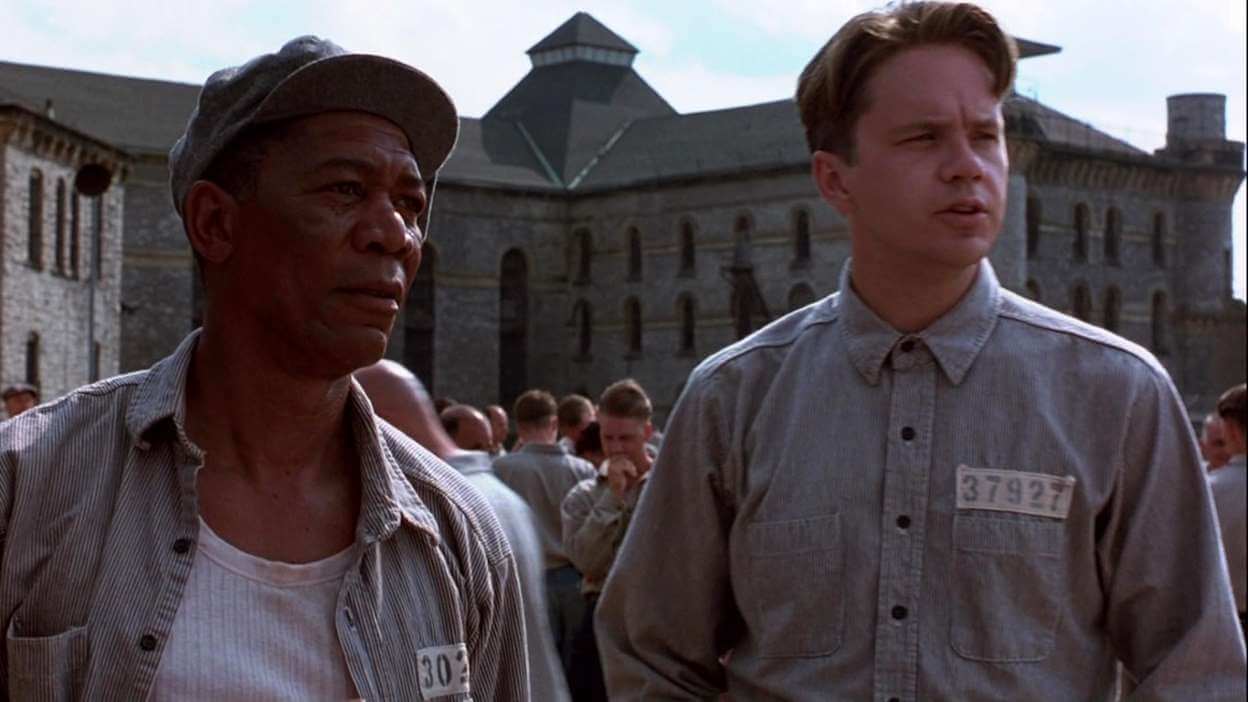 This 1994 drama, chronicles the life of a formerly successful banker (Tim Robbins as Andy Dufresne) in jail, after being sentenced for life for the murder of his wife and her lover. However, Dufresne - that was found guilty of a crime he did not commit - never loses hope.

Morgan Freeman, that plays the role of Ellis Boyd 'Red' Redding - Dufresne's best friend - consider Shawshank Redemption's script one of the best of all time. Also, it's one of the Nobel Prize winner Nelson Mandela's favourite movie, according to Tim Robbins. "When I met [Nelson Mandela], he talked about loving Shawshank," said Tim Robbins.

Based on a real events, The Schindler's List unfolds the story of Oskar Schindler (Liam Neeson), a Nazi party member that became an unlikely hero when he used his pull within the party to save the life of over a 1000 jews.

In the early 1980s, MCA/Universal President Sid Sheinberg challenged Steven Spielberg to do a movie on the novel Schindler's Ark by Australian novelist Thomas Keneally. To which Spielberg allegedly replied, "It'll make a helluva story. Is it true?" 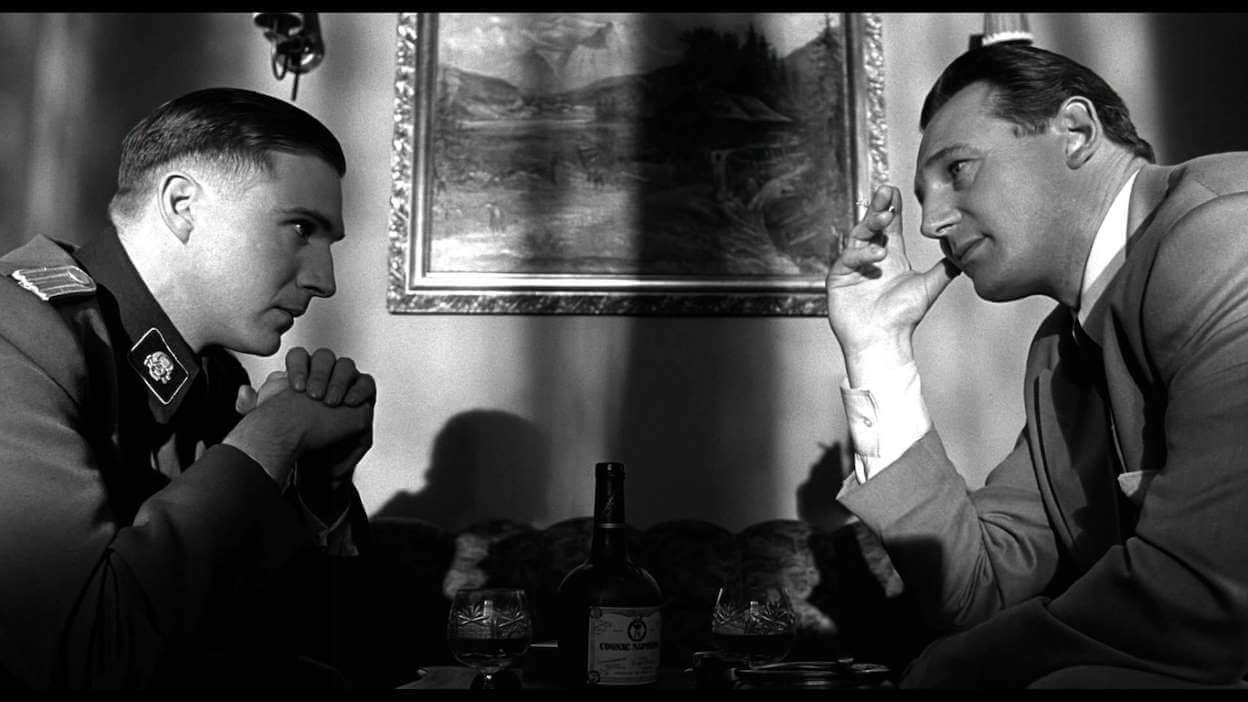 But Spielberg was unsure if he was mature enough to make a film about the Holocaust. After Polanski and Pollack refused to direct the movie, Spielberg decided he should be the one to take on this project. A decade after, he finished it, knowing that he had just shot a timeless film.

This is, without a doubt, one of the best Holocaust and World War II movies of all time. Schindler's List won seven Academy awards, including Best Picture and Best Original Score (John Williams), and Liam Neeson was nominated for Best Actor. All film's profits were used to finance the Shoah Foundation, which was established to honor and remember the survivors of the Holocaust.

Is a Puerto Rican male guilty of murdering his own father? That's what 12 jurors, led by Juror 8 (Henry Fonda), must decide. That's the synopsis for 12 Angry Men, a once-in-a-generation masterpiece that simply has no equal.

In an unusual structure for a movie of the 1950s, 93 out of 96 minutes of 12 Angry Men takes place in a jury room. What makes it such a special film? Sydney Lumet and Boris Kaufman's cinematography for this film still feels very modern, even today. Also, 12 Angry Men is the perfect example of how to make a great film on a low budget - 350.000 dollars. 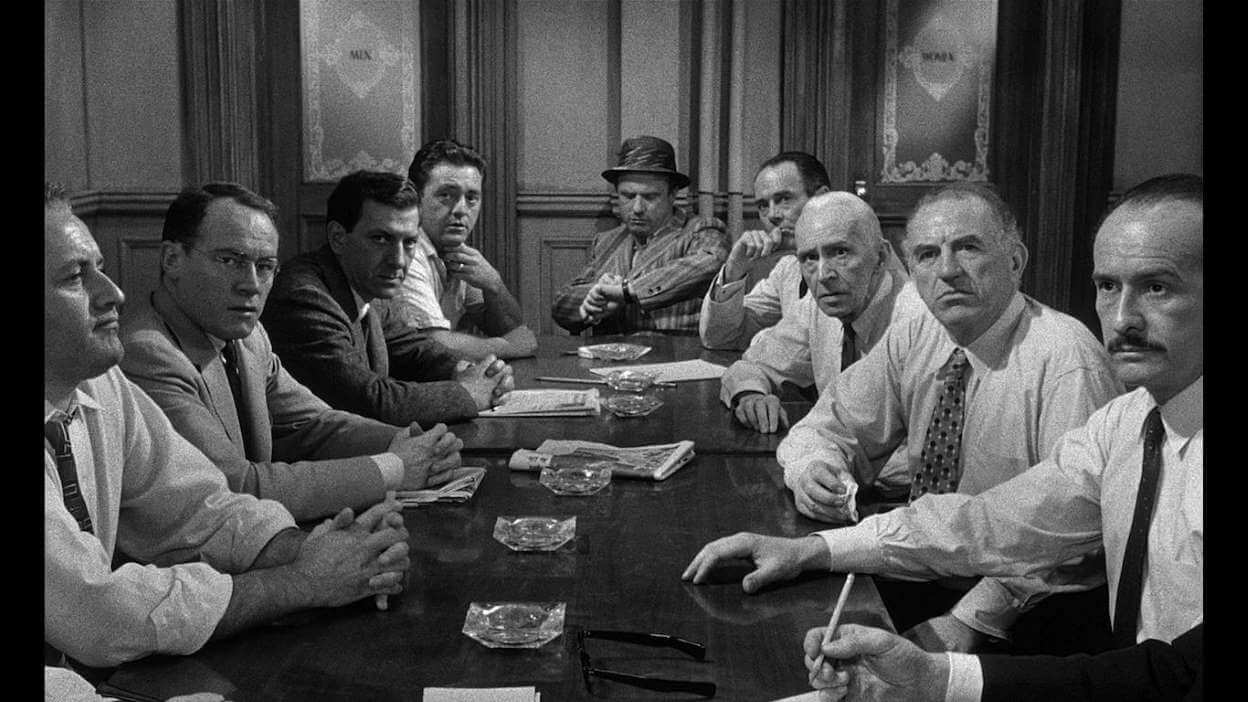 Furthermore, 12 Angry Men foreshadowed some events to come - the civil rights movements that would sweep America in the 1960s.

How long does it take for a movie to become a cinematic landmark? The answer is not clear. But there's something undeniable: once in every 5 years or so, some powerful movies leave a compelling impression on the viewer. That's Whiplash's case. 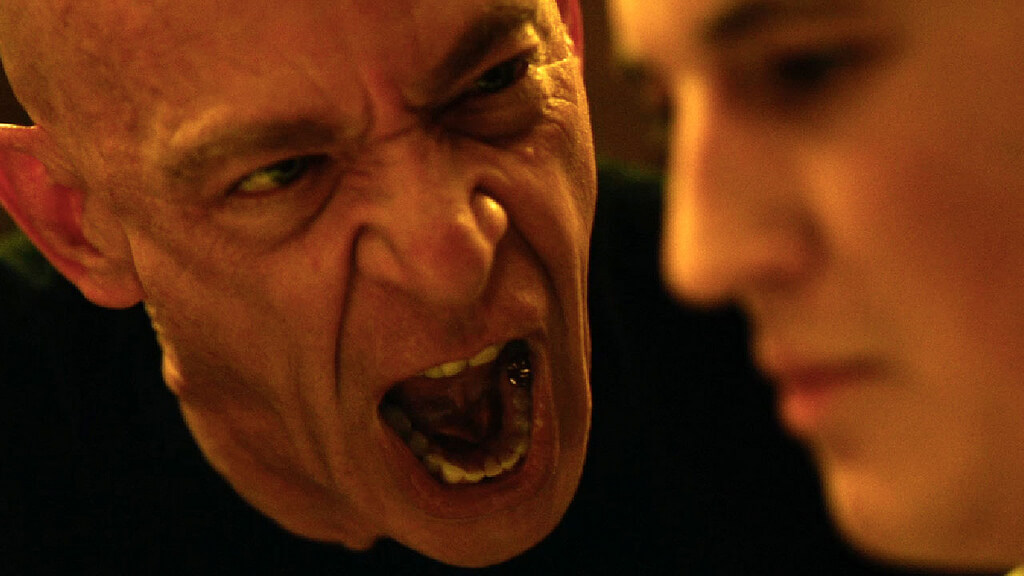 Released just three years ago, with 3 Oscars winnings out of 5 nominations, Whiplash injects a shocking amount of heart-pounding suspense into a movie about a school band. This film is about an ambitious young drummer that enrolls at a music conservatory, dreaming of becoming "one of the greats". Once he lands in his school's jazz band, the path to meet his teacher's demands requires hardwork and being humiliated.

This is one of the best movie since 2010 and is available on Netflix.

In 1941, Orson Welles changed the course of history by defining twentieth century cinema's language. He directed, produced, wrote and played Citizen Kane, a film that examines the life and legacy of Charles Foster Kane, a character based in part upon the media magnates William Randolph Hearst, Samuel Insull and Harold McCormick. 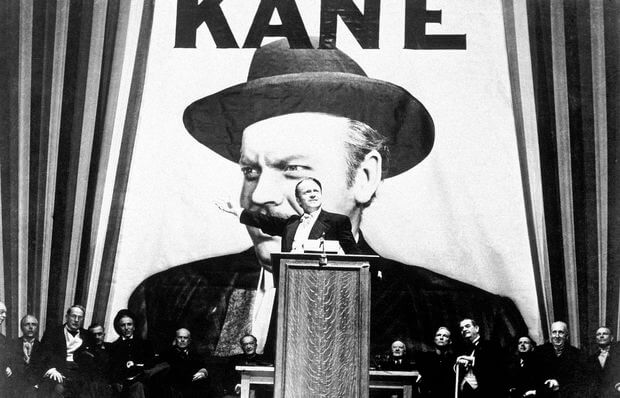 Welles and cinematographer Gregg Toland used throughout Citizen Kane several new techniques that found new angles on movie space. Influential american film critic Andrew Sarris described it as "the work that influenced the cinema more profoundly than any American film since 'Birth of a Nation'".

If "Birth of a Nation" (1915) assembled everything learned at the summit of the silent era, Citizen Kane is a gathering of all the lessons of the emerging era of sound.

In 2017 it's common to see epic landscapes and actors playing apes, nine-foot tall blue aliens and even dragons without the need for prosthetics - and you can thank The Lord of The Rings trilogy for that. Before Peter Jackson's cinematic adaptation of Tolkien's literary masterpiece, no one used CGI to its fullest extent. Aside from some mega-flops, like Final Fantasy: The Spirits Within or Star Wars Ep. I: Phantom Menace, CGI was struggling to show its epicness.

The final chapter of The Lord of The Rings is, without a doubt, a landmark movie of XXI century cinema. The final battle for Gondor - the Battle of the Pelennor Fields - baffled the world with the perfect combination of New Zealand's landscape and computer-generated armies, showing millions of elves, orcs, dwarves and humans.

The Lord of The Rings: Return of the King won 11 Academy awards, including Best Picture, Best Director, Best Writing, Best Film Editing and, of course, Best Visual Effects. The movie is available on Netflix.

The world of cinema is much wider than what Hollywood's blockbusters have to offer. In a fine example of the beauty of european cinema, Amour is a drama that breaks our hearts with its great simplicity.

At 70 years old, director Michael Haneke - a double Palme D'Or-winner at Cannes - wrote a story about the end of life. Georges and Anne - interpreted by two legends of the French cinema, Jean-Louis Trintignant and Emmanuelle Riva - are an octogenarian couple. They have a daughter that lives far away in Britain, with a family of her own. One day, Anne has a stroke, and the couple's bond of love is severely tested.

This Austrian movie won the Academy award for Best Foreign Language Film of the Year, and got 4 nominations, including Best Motion Picture of the Year.

Michael Curtiz's masterpiece is set in December 1941, the same month the Pearl Harbour attack threw the United States into the II World War. That's when a cynical American expatriate encounters a former lover, with unforeseen complications, in Casablanca, Morocco. 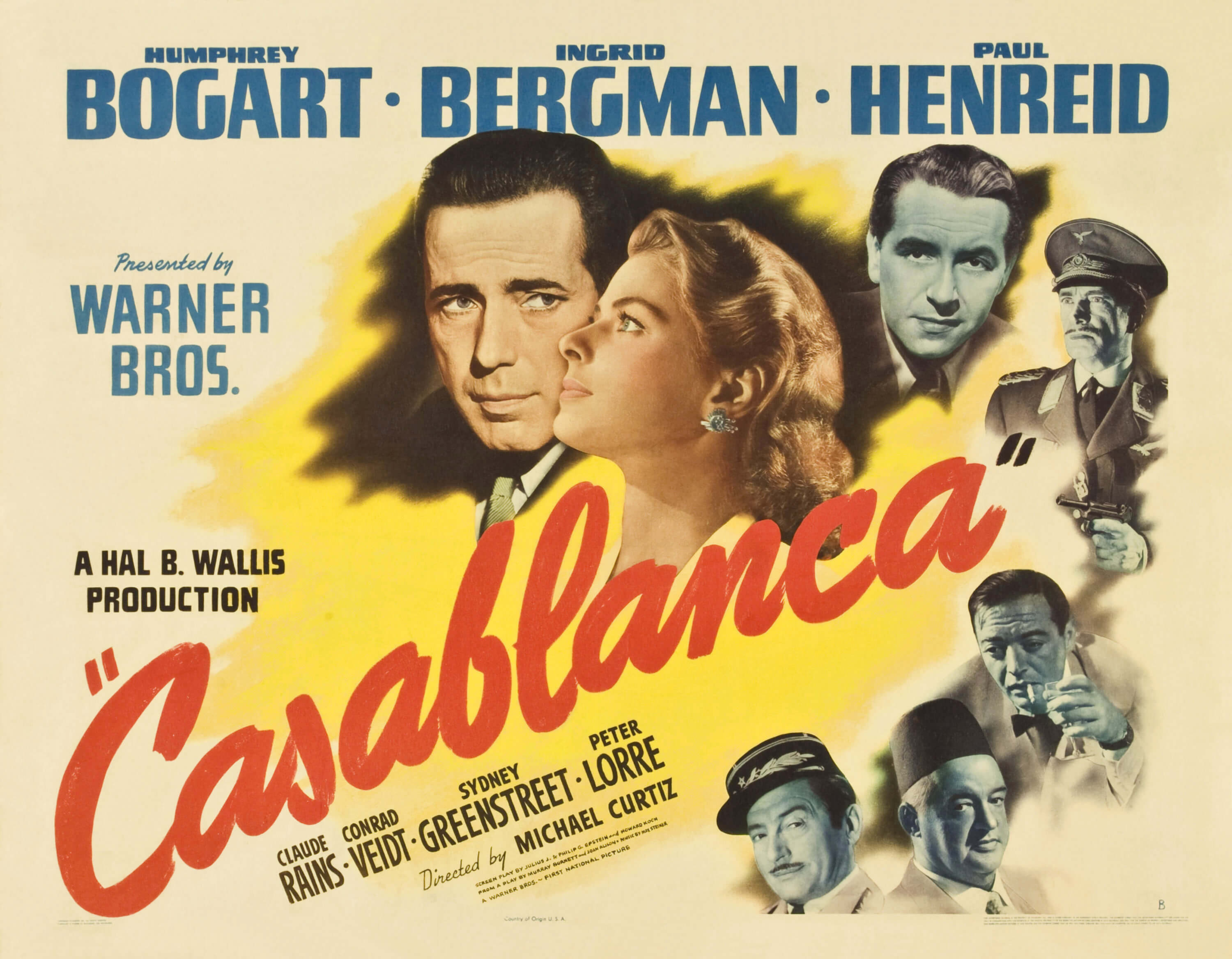 Stanley Kubrick is, undoubtedly, one of the best directors of all time. 2001: A Space Odyssey, The Shining, Dr. Strangelove or: How I Learned to Stop Worrying and Love the Bomb, Clockwork Orange are just some of the best titles of his filmography, but Eyes Wide Shut is an underrated masterpiece. 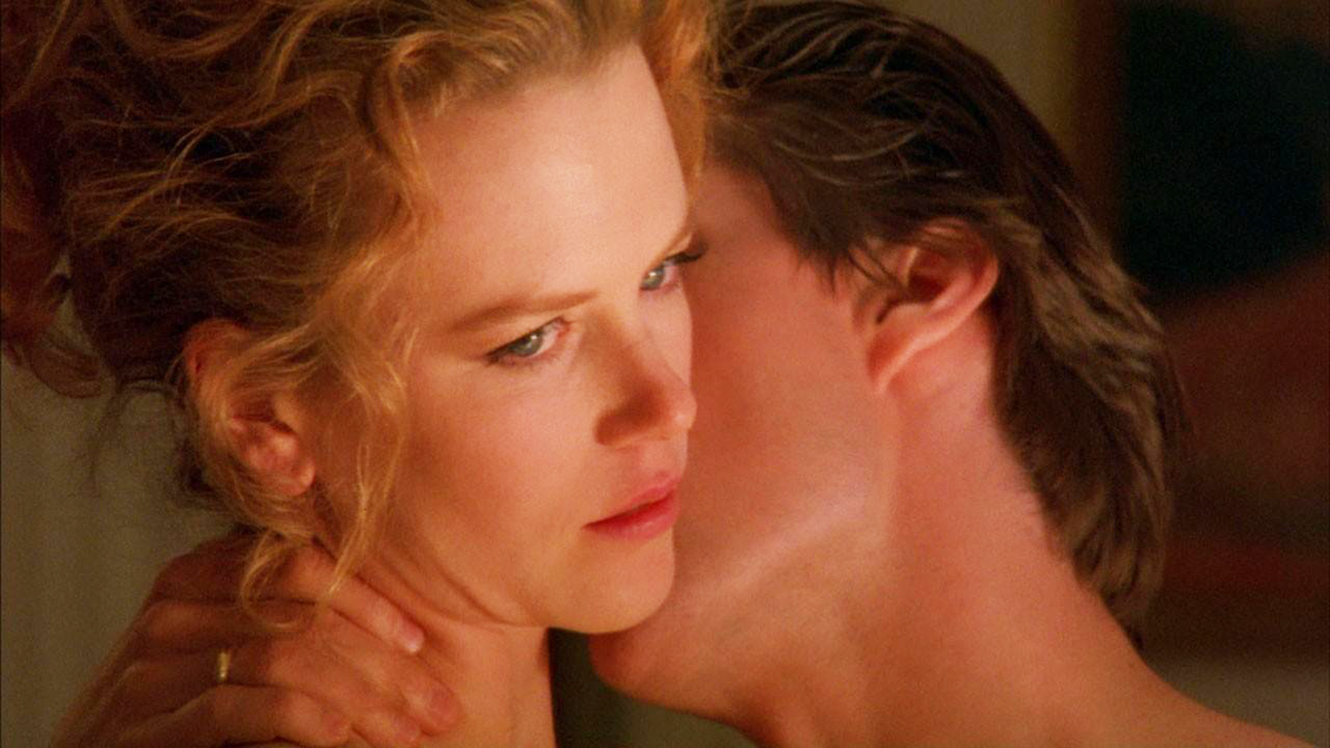 Finished a few days after his death, Kubrick considers Eyes Wide Shut "his masterpiece". The plot goes beyond Cruise and Kidman's marriage: it's a frightening dreamlike film about the human mind.