Survival games have been taking the gaming world by storm in the past few years. With their numbers growing, it's nice to know which ones are at the top of the list! Whether you are a PC, console or handheld gamer, we're including the top survival games in this list. Check them out! 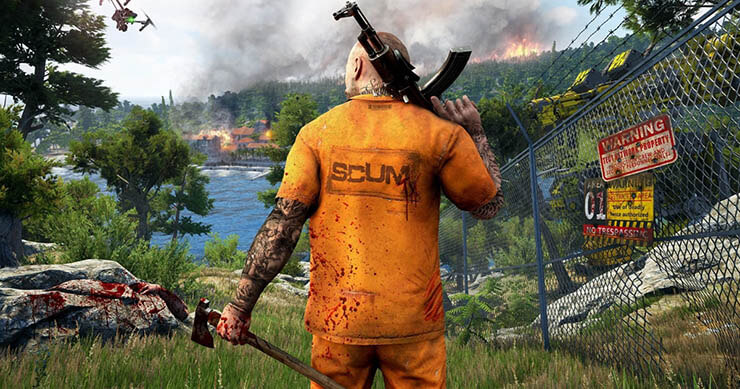 These games are the top choices for those who play on PC. For the most part, they're available on PC only. Make sure to check them all out!

If you uenjoy a touch of creepiness in your survival games, this is the one to look into. Darkwood presents a world that is absolutely free for you to roam, and on top of that it's constantly changing. Because of that, you're not likely to get bored by this game!

On Steam, you'll also find that it offers a high rating. Overall, 94% of reviews have had something positive to say about their experience. The perspective is also top-down, which provides a really unique view and experience overall. With no handholding, this game is for the strong of heart!

What sets this game apart from others is the underwater experience. You'll be spending the vast majority of your time underwater surviving attacks from alien creatures, looking for tools and resources and exploring the map. Furthermore, the map is designed to provide a high level of versatility to keep you interested. 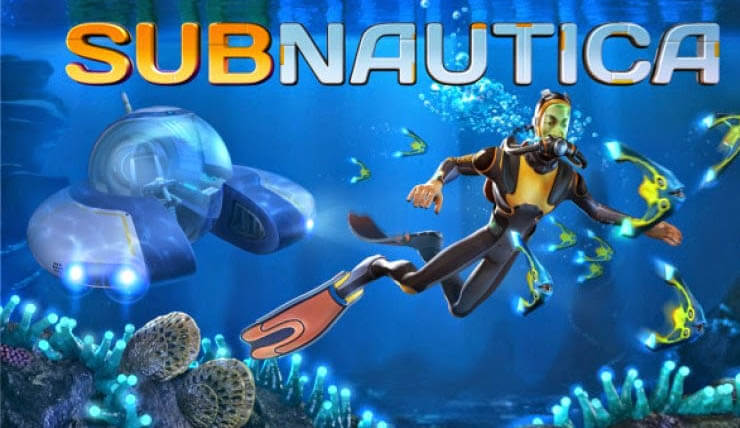 Your goal will be to survive, explore and try to make sense of thise alien-sea environment. On top of that, the clock will be ticking on your survival, so you'll need to get on your feet (or rather, fins) quickly. With a whopping 93% positive reviews, it's worth trying out!

Survival games featuring zombies have a large space on the market today, and Project Zomboid is one that is simple, but high quality. You can opt to play by yourself or with a friend as you farm, fight, loot and more in a gigantic map made to keep you exploring.

This is a hardcore sandbox game that will force you to survive much the way you'd have to in the real world. In addition, there are a number of servers that will allow you to play with others if you'd like to make some friends to team up with, or leave behind when the zombies start chasing.

Green Hell involves the need to survive in an exotic location. This Amazonian rainforest is relentless as you do your best to learn new skills, explore the map and stay alive. You'll also need to pay attention to not only the bodily needs of your character, but also the needs of the mind.

On top of that, Green Hell seeks to provide a realistic rainforest environment so you can easily experience what exploring and surviving in such an area would be like. It's also made with a story that is sure to keep you entranced for hours.

One of the big names that has grown within the survival realm is Rust. This is a pretty standard survival game in which you only have one goal, which is to stay alive. There are animals to hunt, resources to collect and other players to avoid, fight, or even eat.

If you choose a more friendly route, you can also work with other players to make more sophisticated homes and even towns. Overall, this game offers reviews that are 89% positive, meaning the vast majority of players have found it to be an enjoyable experience.

This is a relatively new survival game made for single players who have an interest in what surviving in a post-apocalyptic world would be like. It includes a variety of enemies, which means you'll have to face a lot more than just zombies as you move through this world.

Because it's a sandbox game, there are so many options for what you can accomplish. You can even engage in animal husbandry, crafting and more as you try to survive. So far, reviews for this game have been quite decent, with 84% positivity within reviews on the PC Steam platform.

This open-world game combines a survival concept with a theme of "Battle Royale". With an intense level of character customization, you get to enter the SCUM island with a character all your own, all the way down to inertia and metabolism.

Like many other survival games, you'll need to find shelter, build skills and weapons to survive for the long term. However, in this game you'll also have to take down other prisoners before they take you down first. There's truly a lot of potential for this game to be something amazing, though it may still be in the "early access" phase.

When you're looking for a more in-depth zombie survival game, Day Z is one worth looking into. This game has been in the Alpha versions for quite a long time as the creators strive to add, fix and create detail in the game so that players can get a truly intense and wonderful experience. 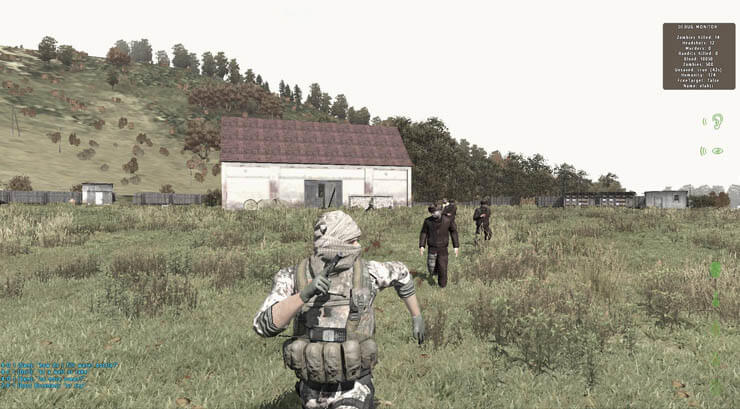 Your goal is to survive not only a post-apocalyptic world, but one that is filled with zombies hungry for your flesh. Because it's also an MMO environment, you'll also have other players to deal with, or team up with, depending on your unique experience.

These games are available on at least one console option as well as PC, so if you prefer to game from the couch then these games are worth taking a closer look into.

Having survived a brutal jet crash, this game sends you into a world where you must survive on your own. What sets it apart is that the forest you have landed in is also home to mutants with a taste for human flesh. As a result, you have to learn to fight as well as survive in The Forest.

As you move through this game, you'll need to create a self shelter, keep cannibals at bay and gather resources to keep yourself healthy and safe. Unlike some other games where enemies may be slow and shambling, you'll really have to be on guard against the quick enemies in this game!

The Long Dark is a survival game similar to others in that you need to find shelter, resources and food to survive. However, this game takes place in an icy wilderness that comes with a new set of problems when compared to those that take place in a more standard kind of climate. 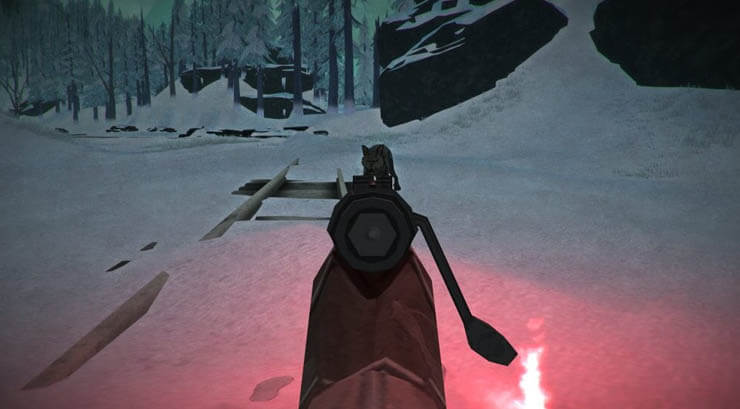 While there are no zombies or mutants, the land is home to many predators like bears, wolves and more which can become a problem as you try to survive. It's also a game that includes a unique art design, which gives it an edge over some of the more standard games out there.

How To Survive is a unique zombie survival game with a third person perspective. It starts with being stranded on an isolated island after having been shipwrecked. You'll need to find resources as well as gather pages from a guide made to help you survive.

You'll also be able to choose between three characters with unique skills and capabilities. By night, there are also zombies you'll have to defend yourself against. There are also a wide variety of weapons and tools you can use to make survival easier.

7 Days To Die is a game similar to Day Z, but with the capabilities opened up to console players. Maps are sprawling and open-world, allowing you to find or build shelters, loot towns and even take apart cars to gather resources that can keep you protected, fed and safe.

For 7 days at a time, you'll be able to build, gather and prepare yourself. During this time, shambling zombies may be around but come night seven, you'll get a horde that increases in size and difficulty every week. If you want to spruce up even more, you can get some fantastic, unique character skins as well!

The Year One, Survival Edition of this game has provided a great new look and a deeper story. It takes place in a world immediately after a zombie outbreak, forcing you to survive in any way you can. You'll get new weapons, missions and more to keep you entertained. 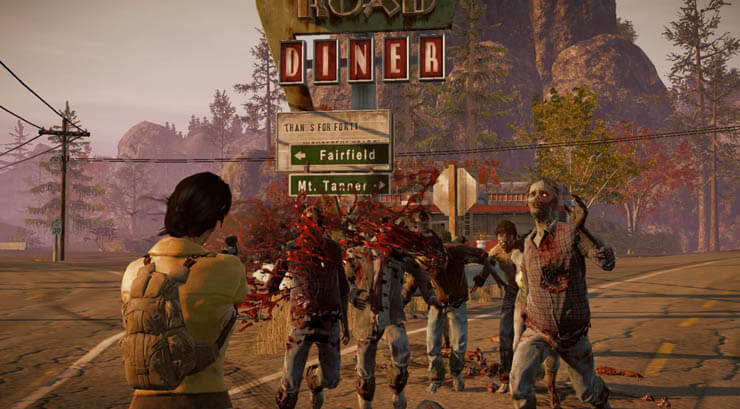 You'll also be able to explore an open world, playing in a situation where every decision you make counts toward your success or failure. Furthermore, there will be playable survivors that you can bring into the fold to create a unique community.

No Man's Sky takes survival to a whole new level through the exploration of not just an island, not just a single map but an entire universe. Your exploration in this game can be essentially limitless. As a result, you'll get to know various resources, lifeforms and a multitude of environments.

Furthermore, you'll be able to decide whether you want to be a helpful hero, a thief, a bounty hunter and so much more. There are rewards to gain and places to explore. That said, keep in mind that this game doesn't have quite the reviews that others do.

Vastly Multi-System (Including Handheld and Phones)

These games are available on handheld options like the Switch, and/or iOS or Android smartphones. Consequently, they're perfect options when you're looking to survive while you're on the go or laying in your bed!

If you don't mind a side-scroller, then Terraria is a survival game that spans a wide variety of different platforms including PC, consoles, Switch and even some smartphones. It has also obtained a rating that is 97% positive, so you'll know you're getting into something good!

For those who are familiar with Minecraft, Terraria offers a similar experience with its own unique design. Think the older Mario games combined with the ability to build and survive in a randomly generated map. You'll get all the creativity and adventure you need for hours upon hours of enjoyment.

Another simple survival game on a wide variety of platforms is Don't Starve. This game provides you with a unique look and the ability to explore, gain resources and even throw parties. Though the environment is ruthless, it's also filled with magic as well as science to keep you going. 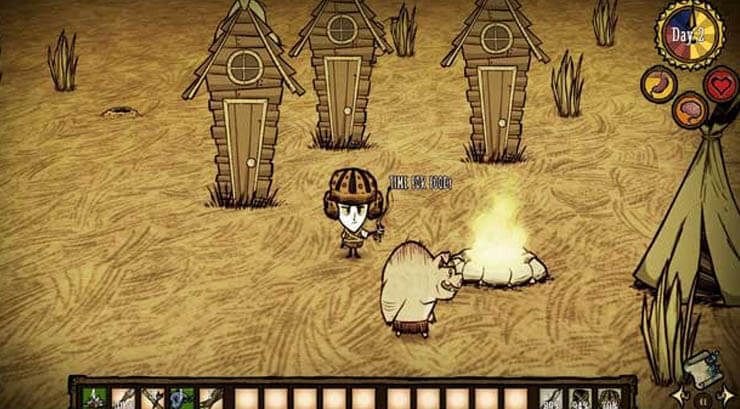 If you find that you like Don't Starve, then you'll love the wide variety of add-ons you can purchase as well to make the game a bit more exciting. What really sets this game apart from others is the dark storyline and the highly unique appearance of the game overall.

This War Of Mine

This is another game that bring a unique perspective to the typical survival game through the use of war. You play as a group of regular people, trying to survive in a war-stricken land. There are scavengers to fight, snipers to avoid and resources to gather in order to stay alive.

Through this game, you'll be able to see the issue of war from a unique perspective. There are also different storylines involved that tell the story from the perspective of a parent, a child and various other survivors. This is a game that is sure to keep users enthralled. The art in this game is also truly something worth noting.

There is no end to the adventures you can have in the world of Minecraft. There are large, random maps that contain a variety of biomes and resources. There are also temples and caves to explore, allowing you to build, live and seek out treasure to your heart's content.

On top of that, you can also tame and raise a wide variety of animals and build just about anything you want. This is one game that is sure to keep children and adults alike busy for days on end. It's also a great option for exploring creativity!