Looking for some addictive multiplayer games to get your hands on? How about trying one of the games on the list in this article? 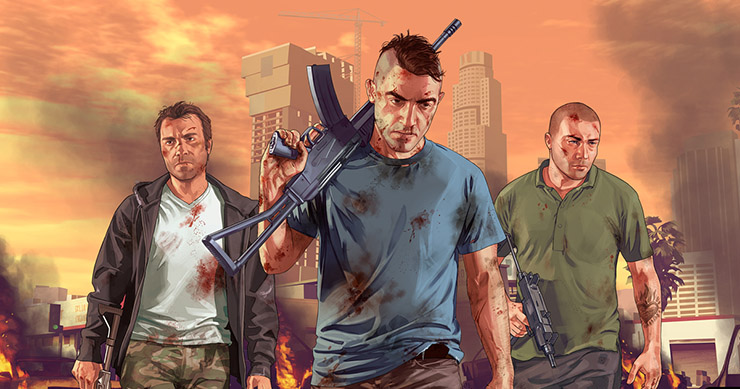 We have games from a variety of different genres. All games have a focus on multiplayer and all of them are also available on Steam.

Counter Strike has been one of the longest running shooter games in history. It's also the heart of one of the most popular esports communities in the world.

Counter Strike: Global Offensive is the most recent addition to the franchise. Whilst CS:GO has plenty of graphical changes, new shiny weapon skins, and a recently overhauled interface, the core Counter Strike experience remains the same. 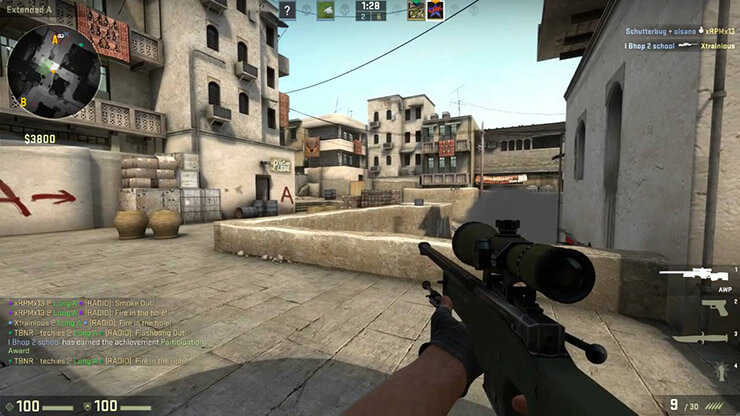 Because players have been playing on the same maps with the same game rules for almost two decades, the strategy and skill level has constantly improved.

There's this competitive element in CS:GO that stays present no matter what your skill level is and that's why it's so addictive.

Playerunknown's Battlegrounds was the first game to truly kick off the huge battle royale trend that started in 2017.

Playerunknown's Battlegrounds offers a more visceral experience than Fortnite - you are always kept on your toes because the time to kill a player is far smaller, the weapons are more challenging to master, and if you get caught out in the open, you have no choice but to face your opponents immediately. 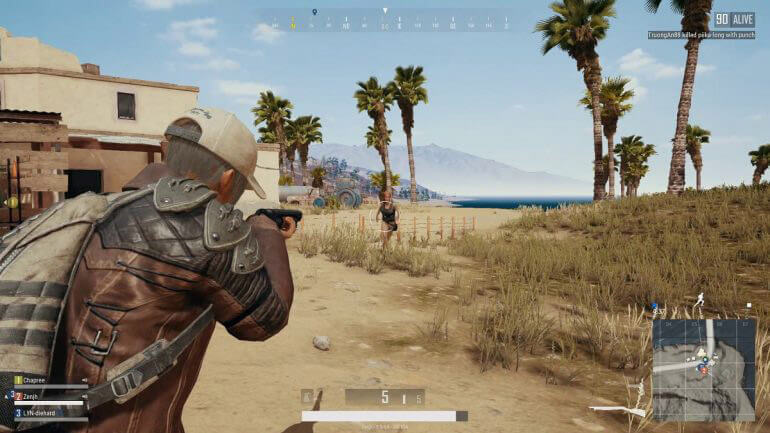 Playerunknown's Battlegrounds does share the same excitement that comes with playing a battle royale game mode. 100 players enter each game but only one player or team can win.

The stakes are far higher than a typical shooter like COD or Battlefield and because of that, your heart really starts going as you get closer to winning.

Playing and winning a game in Playerunknown's Battlegrounds is exhilarating and filled with action, so it's no surprise that it has been the most played game on Steam since its launch in 2017.

Team Fortress 2 is where many people believe Blizzard drew their inspiration for Overwatch from. Whilst there are similarities, the two games couldn't be any different.

First, let's talk similarities. Both Team Fortress 2 and Overwatch are team shooters where players can choose different roles on their team. Both games also have an active competitive scene. 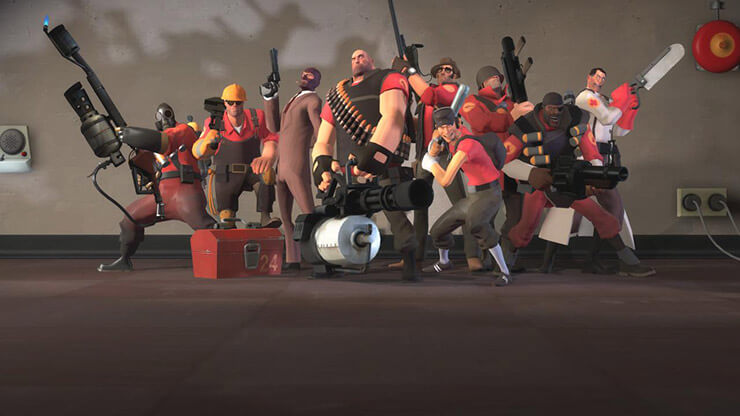 Team Fortress 2 isn't as popular as it once used to be, but it's still drawing in thousands of players every day. There are only nine different classes in Team Fortress 2, as opposed to the 28 different characters in Overwatch.

This makes it a little easier to pick your favorite class and grow with it. Each class in Team Fortress 2 can really have a solid impact in the game and because the game rarely gets new content, the meta never moves, which means you'll never spend time getting to know a class that will inevitably get nerfed or changed like heroes do in Overwatch.

We should also mention that Team Fortress 2 is free to play.

Dota 2 is Valve's very own MOBA game that competes against League of Legends. Both games have a very loyal fan base that will swear their MOBA is better than the competition.

From the side, it's clear to see that both games are great. Both games have a huge roster of champions/heroes to pick from and both games also have a very active competitive scene where teams compete for millions of dollars each year. 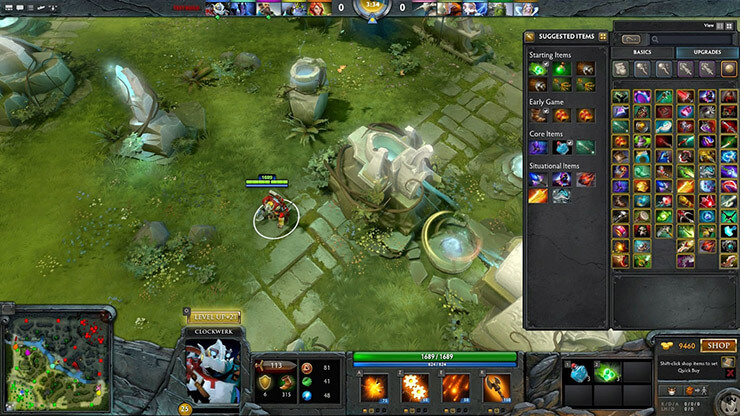 For those unfamiliar, MOBA stands for mobile online battle arena. In most MOBAs, including Dota 2, you see an overhead view of the battle arena. You play as a champion in a team of five players.

Each player has a different role. The overall objective for each team is to fight the other team on three different lanes on the map and slowly push towards the enemy team's base, taking down enemy towers along the way.

With so many heroes with unique abilities and traits, the level of strategy and competitiveness in Dota 2 is unrivalled. Dota 2 is also free to play.

Path of Exile is an action RPG game that's somewhat similar to Diablo 3. Many people would say that Path of Exile is like the unofficial "hard mode" for Diablo and we can agree with that statement in many ways.

Firstly, what is an action RPG? Well, it's a game where you take control of one character as you progress through different stages known as acts. In each act, you'll fight through multiple enemies, get better loot, and level up your character. At the end of each act, there's usually a boss battle. 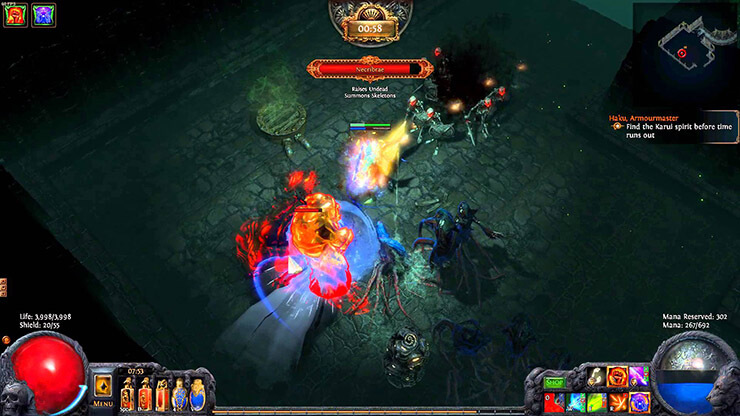 What makes Path of Exile unique when compared to other action RPGs is its very complex skill tree. You can never really get to experience the game just by playing it once and many players will play multiple characters and test out different builds.

If you do really get into it like many players do, the developers regularly add new modes that mix things up, including hardcore and PVP modes.

Like the last two games in this list before it, Path of Exile is free to play.

Grand Theft Auto V has long been one of the top selling games across all platforms. The story is great, but it's something that you'll probably only play once or twice.

It's the online mode in Grand Theft Auto V that players get so addicted. In fact, when many people talk about GTA V, they are most often thinking solely about the multiplayer portion. 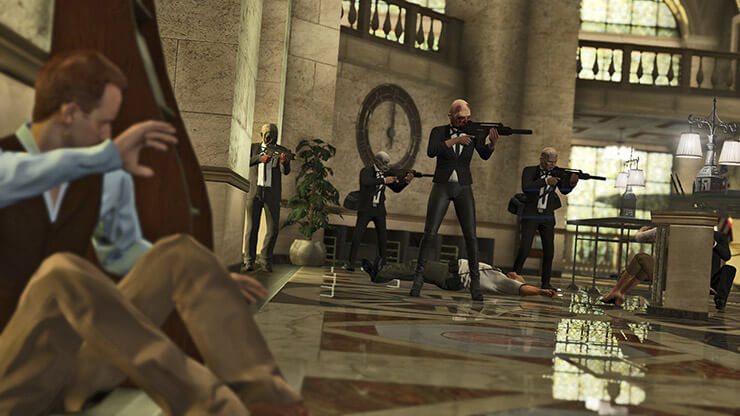 In GTA Online, players can create their own character, take part in heists with their friends, and start their own criminal organizations. There are hundreds of cars to buy, weapons to upgrade, and gear to spend your money on.

To get the money, though, you'll often have to grind out missions through your different criminal organizations. Whether you are running drug money, shipping counterfeited goods, planning out complex heists, or even just robbing local stores, there's always something exciting on the table.

The final game in this list is Rocket League. It's a game that's very simple to explain but difficult to explain why it's so addictive.

In the traditional Rocket League game mode, you have three players versus three players. Each player controls a car with rocket boosts and they must use their car to knock a giant football into the other team's goal. 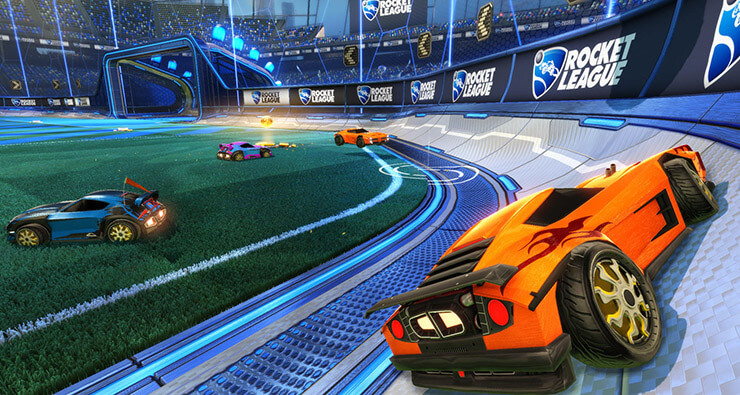 Sounds simple right? Well, it is, and it's very easy to get to grips with. But mastering Rocket League is a different story. It takes skill to maneuver the ball efficiently in Rocket League, just like it does in real life.

Unlike real life, Rocket League lets you boost your car into the air and perform sick aerial maneuvers with the ball that are incredibly exciting to pull off.

That sums up our look at some of the most addictive multiplayer games currently available on Steam. What are your thoughts on this collection of games? Have any favorites?