Published in Gaming on 2nd October, 2018

The Destiny 2 Forsaken expansion has finally dropped and it is, without a doubt, the best expansion the game has seen yet. It seems everybody has come together, regardless of past opinion, to praise the new content.

Destiny 2 finally feels like a fully-fledged, exciting, immersive game. Here is a look at all of the top new features in the Forsaken expansion. 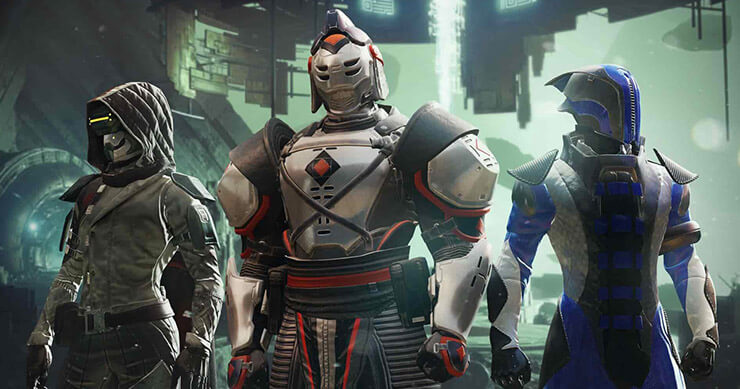 Once you have finished reading this, you should have an idea about whether you'd like to pick up the expansion or not.

If you have been keeping an eye on Destiny throughout 2018, you'll know that the new Forsaken expansion focuses on Cayde-6. In the new story, Cayde-6 has been killed and it is your job to seek vengeance.

There are a total of nine Scorn criminals that have escaped a high security prison and you must bring them down. First we have the main antagonist, Uldron Sov, otherwise known as the Master of Crows. 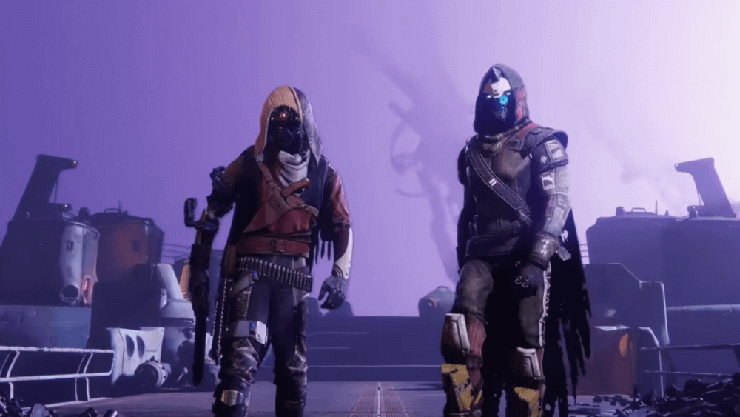 Accompanying Uldron Sov, we have the Fanatic, a warrior priest scorn that towers over his comrades.

Up next we have the Machinist - a thief, an expert in firearms, and somebody with a strange hoarding habit. She seems to find pleasure in scavenging old ship parts and using them to create high-powered weaponry.

The other villains include the Trickster, the Hangman, the Mad Bomber, the Rifleman, the Mindbender, and the Rider. Each of these villains has their own unique abilities and personality.

In the new Forsaken story, you'll need to fight them one by one, until you can finally get your hands on Uldron Sov.

Alongside the new story, we also have a brand new environment to explore. Players will get to fight their way through the homeland of the Awoken as they battle enemies and discover secrets. 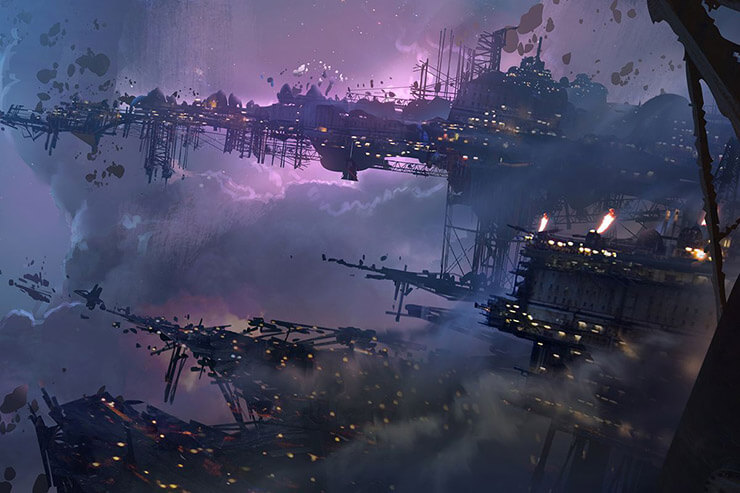 One of the biggest new locations is called The Tangled Shore. It's an area that we haven't yet seen in Destiny. The Tangled Shore is essentially a collection of rocks and debris that have collected together in the asteroid belt.

The Tangled Shore is the kind of place that you'll find all of the outlaws and bad guys hanging out. It's an area with no rules and for the player, plenty of threats.

No Destiny 2 expansion is complete without a massive loot drop. The Forsaken expansion adds dozens of new weapons and gear sets to unlock by completing missions or simply finding loot through engrams or on fallen enemies.

On top of plenty of standard gear sets to unlock, players can get their hands on a selection of exciting new legendary and exotic gear. For the first time, Destiny 2 is getting a bow, which has been described as a powerful weapon with precise accuracy.

Some of the older gear has also been reworked and a lot of effort has gone into balancing everything across the board. 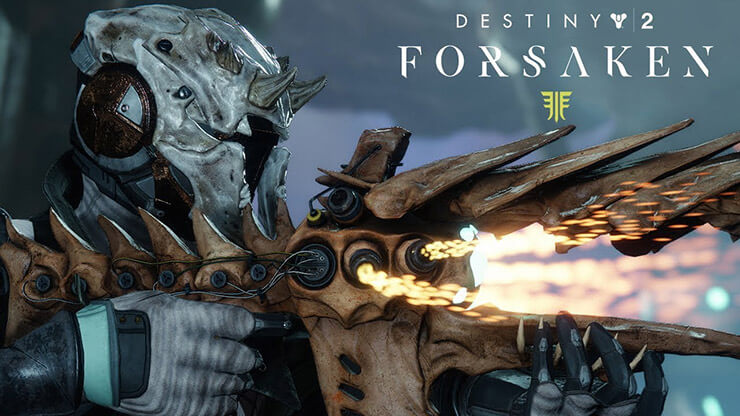 You can now also equip any set of weapons without any limitations. Each weapon slot is no longer restricted to certain weapon types. For example, if you want to equip two rocket launchers, that's now possible.

Weapons in Destiny 2 will now get random stat rolls whenever they drop - this is something that we saw in Destiny 1 but it never made it back into the sequel. It's been a long-requested feature for players.

The whole Masterworks system has also been improved upon massively, which makes finding a favorite weapon and sticking to it ever-more rewarding.

That's right, this update is going Super crazy. Nine new Super abilities have been added in the Forsaken Expansion - three for each class. 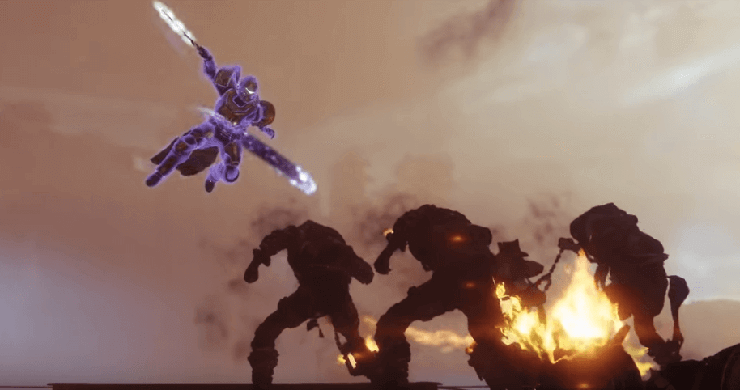 Alongside each of the new supers is a new subclass, which means in total there are now five subclasses for all of the three classes in Destiny 2.

These Supers are more powerful than ever. Once you get your hands on them, you won't be turning back to the old Super abilities any time soon.

Bungie has added a very exciting new PVP mode in the latest Forsaken expansion. It's called Gambit and it puts two teams against each other as they compete to kill PVE enemies as quickly as possible. 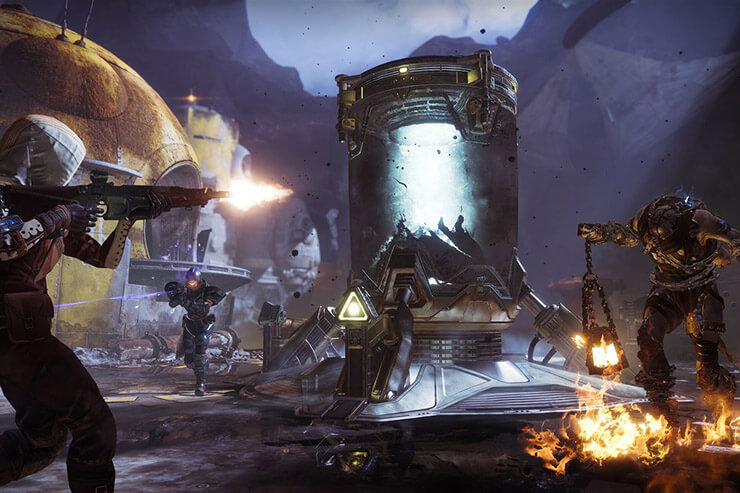 Each team will start on their own platform. To begin with, teams cannot fight each other. But if a team performs well against their wave of AI enemies, they'll be given the chance to invade the other team's platform and cause absolute carnage.

Gambit is best described as a unique blend of PVP and PVE that somehow works spectacularly. On top of the new Gambit mode, Crucible has been given some extra love and there are plenty more Crucible rewards to unlock.

If you are a diehard Destiny 2 fan, then you'll know that endgame content is where it's at. The Forsaken Expansion will introduce a brand new raid to Destiny 2, just like all of the other expansions before.

The new endgame raid is called the Dreaming City and it will be the biggest raid location we've seen in Destiny yet.

Bungie described the Dreaming City "As if The Vault of Glass and Dreadnaught had twins. Then Put them on the doorstep of Peter Jackson, and he raised them as his own." 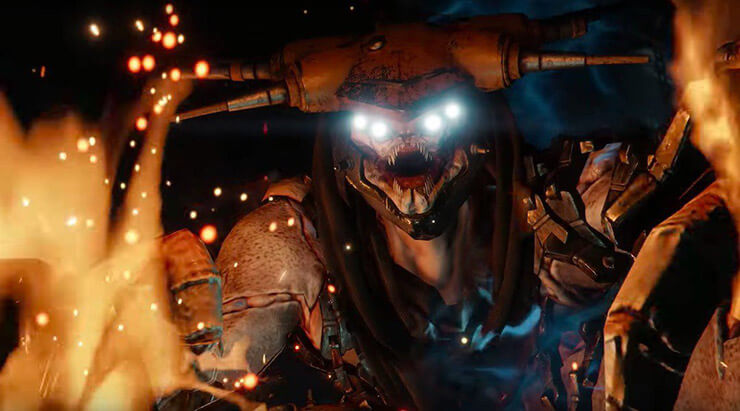 That is certainly a great way to explain it. The new raid will feature multiple bosses, tons of puzzles and challenges, and interestingly, an ever-changing environment that changes drastically as you discover new secrets and solve new puzzles.

In the past, completing raids over and over has been a necessary evil to unlock the best gear, but it's actually fun to repeat the Dreaming City because it's an evolving gameplay experience.

Whilst this article points out the top new Destiny 2 Forsaken features, the full feature list is just too large to discover. We have to give credit to Bungie for finally pushing out an expansion that delivers on all fronts.

If you enjoyed the Forsaken King in the original Destiny or you've always liked Destiny 2 but felt it never quite had enough to offer, you should definitely consider going back now that the Forsaken expansion has landed.