Recently I learned about Brawl of Ages, a new free to play, 1v1 collectable card arena game, which conjures the most exciting aspects of both real time strategy and tower defence games.

This much anticipated title has just emerged from early access, and is free-to-play for all steam players on PC, Mac and Linux platforms. It's one of the most exciting free steam games to be realeased this year.

Certainly it's great to see a Clash Royale style game available on Steam. I've wanted to play arena games like this on my PC for some time. To coincide with the release, I've put together a summary of all the information I could find.

One of the things I like most about BoA is that it lacks the pay-to-win mechanics that are plaguing many other arena games right now. There's nothing more dispiriting than losing to an inferior player, just because they decided to pay the game creators for a power advantage.

Not only that but Brawl of Ages also lacks so many of the other annoying aspects that players have grown accustomed to such as power multipliers, gated content and progression that is so grinding you'll want to throw random objects across the room.

Another advantage this title has over other free steam games is the fair matchmaking system, which enables players to jump straight into the fun without being overwhelmed by more skilful players.

As you improve your deck you'll progress up the leaderboard and encounter tougher opponents. Or, if you don't wish to improve, you can just enjoy the fun against other casual players! 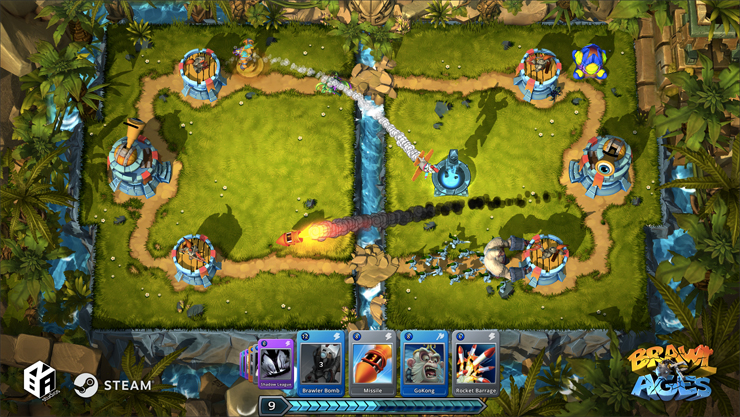 It's also great to see that the crafting system ensures you'll eventually be able to craft the cards you desire the most, instead of enduring the forlorn hope that they'll eventually drop for you in battle.

Despite all this Brawl of Ages is still very challenging - it's just you'll spend more time having fun and experimenting with your deck, and less time grinding away for items.

The game already has a fully formed clan system, enabling you to form into clans and then challenge other clans in up to 50 player ladders. In return you'll be able to earn extra free rewards together. 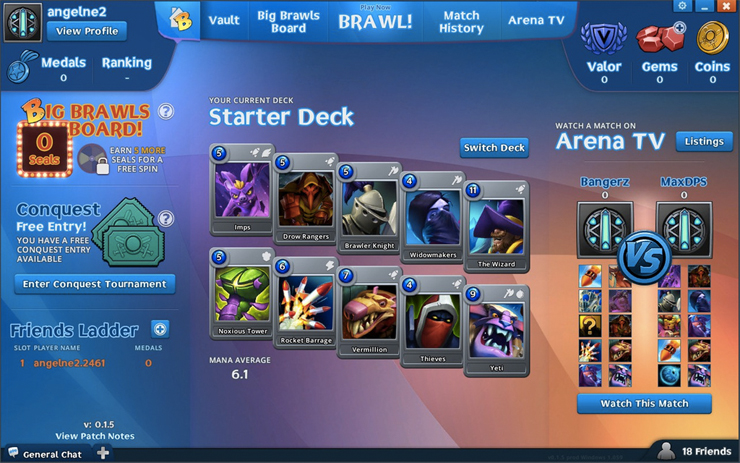 Will Brawl Of Ages Remain No Pay-To-Win?

Right now Brawl of Ages makes an interesting alternative to Clash Royale. However, the burning question on many people's minds is whether or not the game creators will be tempted into implementing pay-to-win features. After all, we've seen that problem before with many previous arena game titles.

Personally I think they will stay true to their roots and keep it free and fair. The Steam platform offers game creators a plethora of tools that help them to monetize their games more easily. Just look at League of Legends for example, which makes a profit purely from selling vanity items and boosts that aid progression, rather than combat.

Brawl Of Ages should have a wonderful future if developers stick to their guns, by adding fresh content and working tirelessly to ensure a fair game balance.