How To Find More Time For Playing Video Games

Published in Gaming on 8th October, 2018

Living in modern times has its share of boons and perks but it also comes with the price of knowing we simply do not have enough time to enjoy every piece of entertainment we are interested in. The whole industry is in the phase of overt hyperproduction no matter whether we're talking about movies, TV shows, music, or video games. If you have Netflix, there's simply no way in hell you can watch all new content that's added to the service each month. If you're a cinema junkie trying to follow each movie release would be a suicide. And if you're a gamer, playing each cool game that arrives is possible, if you somehow manage to invent a state of mind where one day lasts one minute of real time. And even then we would have troubles of playing all great games that come knocking our door. 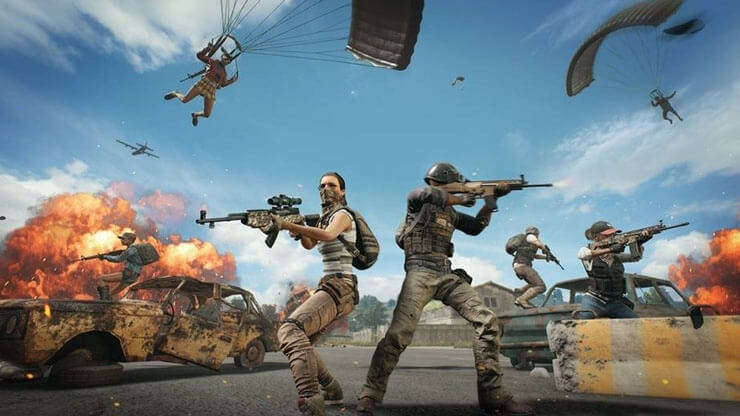 My current "games to play" list includes 23 titles in total spread around PC, PS4, and the Nintendo Switch and that's a short version of the list, the one containing titles I definitely have to play, games that are so good they have to be played by everyone considering themselves a hardcore gamer. If I would, god forbid, created an extended list of games worth playing it would include hundreds of titles making me sad and angered at publishers and developers for churning out so much great titles non-stop.

So, instead of trying to play each side quest in Assassin's Creed Origins, or exploring each path taken in Pillars of Eternity II, I tend to play these huge games by completing main quest line while exploring the world and playing only those side quests that manage to peak my interest. Exploring the map inch by inch and getting soaked in side quests is reserved for occasional masterpieces such as the Witcher III, Horizon: Zero Dawn, Dishonored 2, or the upcoming Red Dead Redemption 2 (yes, the game will be focused on multiplayer but I'm sure Rockstar will create stupendously awesome single player story).

But the games that look cool but somehow always linger in the background of my backlog, always being considered as the next game to play but then shelved back because some new and shiny game comes out (like giving up from Resident Evil VII for the fifth time, this time because Shadow of The Tomb Raider) are getting less and less of a chance of being played each time I put them back in my video games backlog (but I'll definitely play Resi VII, the game is amazing and it simply has to be finished). 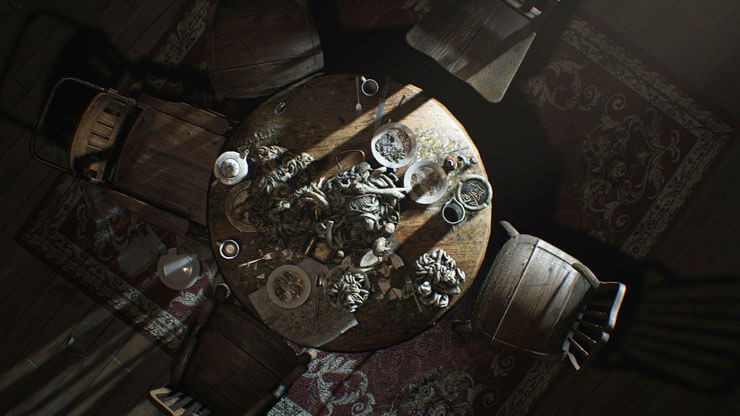 The problem is more pronounced with indie games. Each month there are at least a couple of new and shiny indie gems I consider playing but they usually end up being put in the list and them residing there forever. One possible solution is to simply remove them from the list and move on with my life but the thing is by doing that I would miss all those great titles, all those stories and cool moments. Yes, this is a clear symptom of fear of missing out syndrome but at least I fear of missing out great games instead of social network posts and YouTube videos of people doing practically nothing.

So yeah, the day simply doesn't have enough hours to play all the games I want to play and in this era of hyper-production, this lack of time issue affects millions of other gamers. And even if we had enough time, money would probably become the next insurmountable obstacle. So, what's the solution, is there a way to experience all those games, to be part of all those cool stories without committing so much time, without actually playing them? Yup, there are a couple of solutions and they all ask for considerably less time than what you'll need for a full playthrough, and the best thing of them all, they are all free!

The first thing that comes to my mind is watching Twitch streamers. I become interested in the platform about a year and a half ago, back when Gwent (that cool card game from the Witcher III) originally came out. It was in closed beta and I really wanted to play it so the next best thing was watching Twitch streams. And before you know it, I was hooked. I would spend hours just watching other people play a card game, but I loved every moment of it. Soon after I got Gwent closed beta key but Twitch stayed regular part of my daily routine.

I would watch streams during the morning, along with the first coffee of the day or at night, lying in bed and watching some stream before going to sleep. And while the first couple of months of my life with Twitch were spent on watching Gwent, PUBG, CS: GO, Hearthstone, and a couple more multiplayer titles, I soon realized that I could experience all those games I missed by watching streams. The process of selection was extremely simple. Just pick a game and then start playing streams, starting with the one with the largest audience. This is cool because you can find out whether you like the streamer or not in just a couple of minutes. 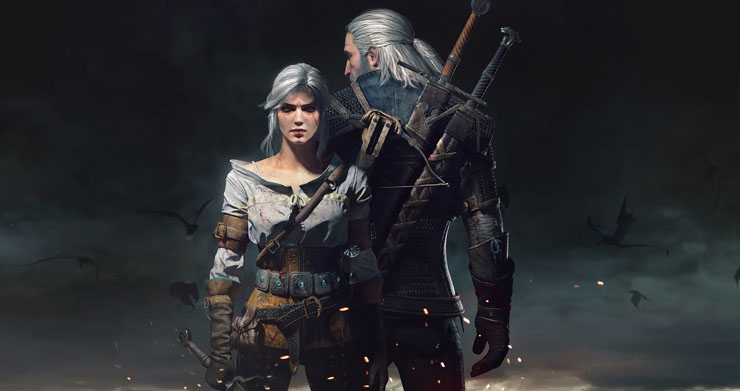 Once you discover a cool stream you can really get into it, you can get an experience that is very close to playing a game. And, like with playing a game, in just a couple of hours, you can realize whether that particular game is for you or not. If it is, just keep watching streams and enjoy; if it isn't well, at least now you know that the game would be a waste of both time and money. And if a game really, really attracts you well, then you know which title suddenly jumped all the way to number one on your "games to play" list. Twitch is great because in just a few hours you can check out a game, enjoy a couple of hours of gameplay and then move on knowing that you experienced it, in a way.

For instance, I really wanted to play Elex but simply knew I wouldn't have the time for that massive game. So I went to Twitch, watched a couple of streams, got my fix and moved on. Similarly, when Divinity: Original Sin II came out I simply knew that, while I love RPGs, I simply won't have the time needed to finish that one. I got into the first part but the game was too damn long to finish it because I wanted to experience every nook and cranny, every side quest, every bit of the story ending up abandoning the game about halfway through. Twitch came to my aid again; I watched about five hours' worth of streams, saw the combat, a couple of interesting quests and after I read about the story online it was as if I played the game myself. The experience wasn't interactive but at least I experienced the game instead of skipping it completely while it lingers in my backlog for years. This way I will cross it out from my list and won't feel bad about always pushing it back (except for Resident Evil VII, I have to play that one eventually).

Another cool way to experience games you simply don't have time to play is YouTube. While I avoid Let's Play videos because creators are too damn excited about every single moment in every single game cut scenes videos are a great way to experience the story of those cinematic, story-driven games like The Last of Us, Uncharted games, Assassin's Creed titles, or Tomb Raider games. You have literally hundreds of amazing videos detailing stories of almost any game you can think of and some of them are really professionally done. Just look at that Assassin's Creed Origins story video below; it is a real movie like the title suggests and in just four hours you can receive experience comparable to playing the game learn everything about it. This is a great way to enjoy those long games in ten times less time. Just visit YouTube, enter the name of the game you're looking for and add story and you'll get dozens of quality videos to watch. And if you don't have time for videos showing all cutscenes, that usually last for hours, there are lots of videos showing a condensed story that only take half an hour or so to watch.

By combining Twitch streams and YouTube story videos you can enjoy watching gameplay and pretty graphics, get to know game world and feel like you really played a game, and then just find some cool story video on YouTube and complete your journey feeling like you really finished that game despite the fact the game never saw your hard drive. Yes, I know this isn't the same thing as actually playing a game but it is the best you can do when not having time to invest in a particular title. And in the end, you will have memories and after a couple of years, they will be indistinguishable compared to the memories you have about some game you actually played. Video games are digital experiences, we cannot live them we can only be observers in a way. And in almost every case, except in those games filled with choices, watching a game is almost the same as playing it. The only difference being you can watch a game while commuting to work, or while waiting in a line at your bank, or while lying in bed while sleep avoids you like you're some nightmare, or during any other moment you cannot game but can watch videos.

And videos are great time savers too. Instead of spending around 12 hours on a game you can watch Twitch for two or three hours and find some cool half an hour story video on YouTube and be done with it after less than three hours. That's four times less time spent giving you precious moments to play games you really want to play, games that are worthy of those 12 hours you would spend roaming their virtual worlds, games that truly cannot be missed. Sure, there are hundreds of cool games but only a handful of those can be characterized as essential experiences, those that simply have to be played by anyone. All others can be skipped, or simply experienced via auxiliary sources like Twitch and YouTube. At the end memories aren't interactive so it won't matter much whether you played or watched a game and in most cases, you will forget about it a couple of months after, so go watch games and save time for titles that are truly worth playing and keeping in fond memory.